From a Victorian gin palace to a Game of Thrones tour, Belfast-born Jenny McFarlane shares the insider guide to her misunderstood city 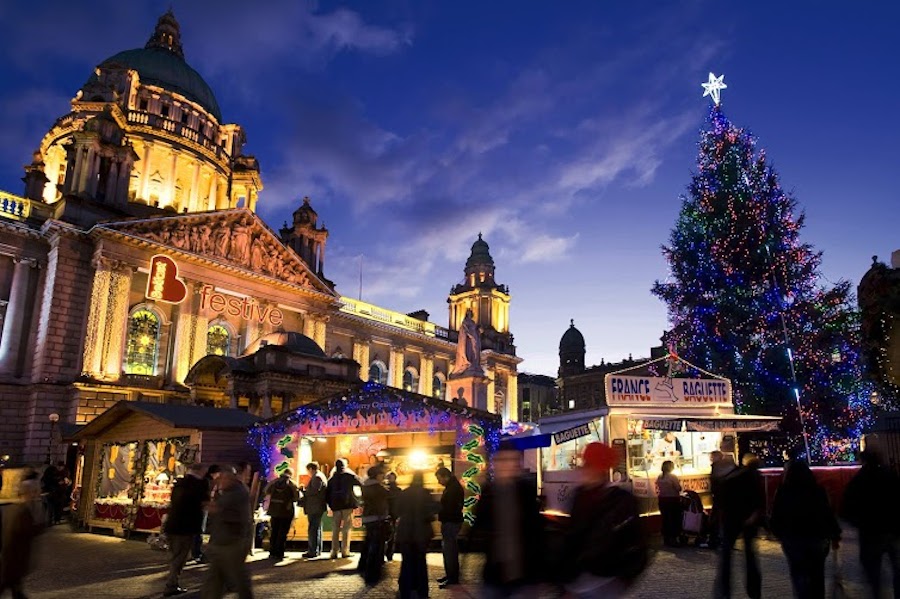 The summer holidays seem a long time ago, and the madness of Christmas is just around the corner. In other words, it’s the perfect time for a long weekend away, and a short trip to Northern Ireland – starting in Belfast, then heading further north to take in the breathtaking North Antrim Coast – is an excellent way to recharge your batteries and refresh your spirits.

Many prospective travellers still associate Belfast with car bombs, violence and riots; but as a native Belfastian, I know that the reality is very different. Peace came to Belfast in the late ‘90s, and the city has been riding a wave of optimism ever since. We’ve turned a catastrophic maritime disaster into a tourist triumph and started a creative renaissance in an atmosphere of reconciliation and growth.

Belfast has been transformed over the last decade, from a somewhat no-go to a go-to hot spot. Everywhere you look, new developments are changing the city’s landscape, from the Titanic Quarter in the docks area to the revived city centre. This is the perfect time to discover the area before the hordes descend – it’s reputation is growing fast.

With two airports servicing the city, there is an abundance of hotels to choose from. I recommend staying in the ultra-luxurious Merchant Hotel located in the Cathedral Quarter. There’s a wealth of nightlife nearby including top restaurants, clubs and hipster bars like The Spaniard, but the Merchant has a world-renowned cocktail bar, so you don’t need to go far for a scrumptious welcome tipple. It also houses a unique 1930s New York-inspired Jazz bar called Bert’s, perfectly suited to the hotel’s opulent Art Deco décor. With live jazz all week and food good enough for even the most cosmopolitan of palates, there is no better place for late-night chilling. 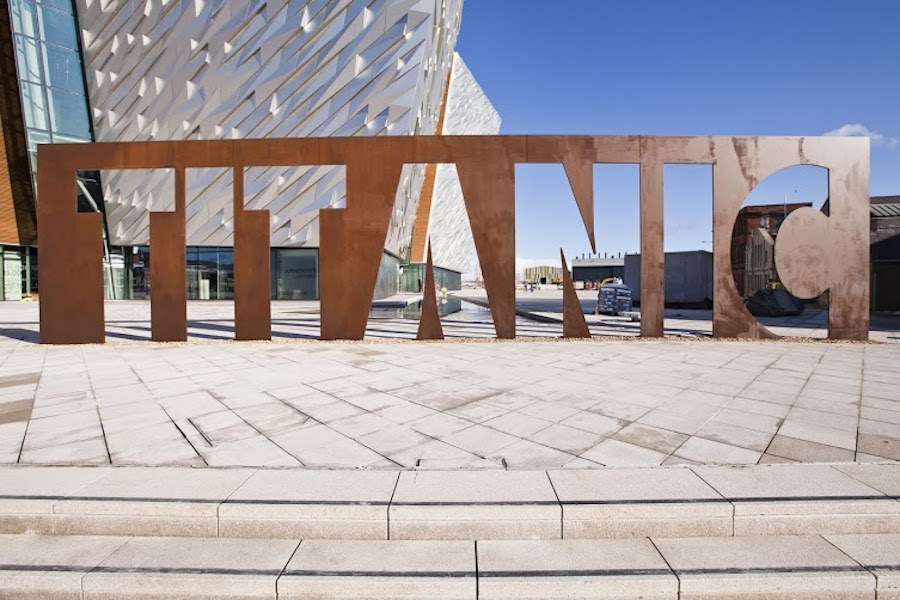 One of the top tourist attractions is Titanic Belfast, a six-floor building devoted to the iconic ship which opened last year. It’s a little known fact that the Titanic was built in Belfast and not Liverpool, where she was only registered, and Titanic Belfast is an attempt to reconnect the two, featuring galleries evoking its birth on the docks, its demise in the cold North Atlantic and its rediscovery in the 1980s. Enter the striking aluminium façade to explore the sights, sounds, smells and stories of the ship. Sadly, Leo DeCaprio is not included. 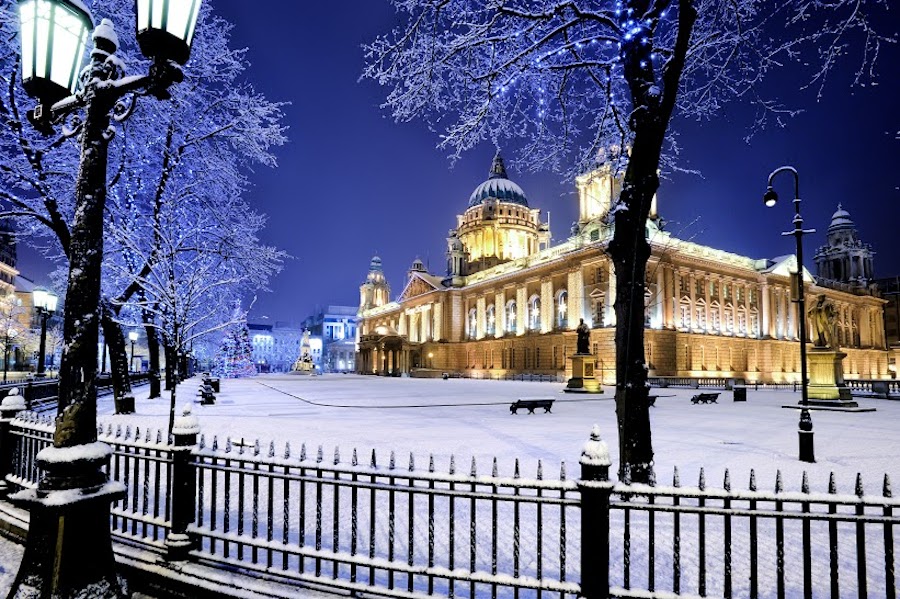 Still very central and opposite the ornate Grand Opera House in Great Victoria Street, you’ll find a perfect little gem: The Crown Liquor Saloon, decorated by Italian craftsmen who came over to build the Catholic churches in the 1880s. The scalloped gas lights, gleaming brass work, etched glass, mosaic tiled floors, and cosy snugs are just a few of the joys of this buzzing old gin house.

Slightly further south, you’ll find the Ulster Museum, surrounded by the magnificent Victorian-era Botanical gardens – a venue for various festivals throughout the year. The museum has been transformed into an upbeat antidote to Belfast’s 20th Century pain, though one exhibition candidly displays the still sensitive topic of The Troubles. There are many fascinating exhibitions including Ireland’s most complete dinosaur fossil, and my favourite: Alexander McQueen’s iconic Hummingbird Dress. The added bonus? Entrance is free.

An open-top bus tour is an obvious way to span the city sights but check out the fantastic Hidden Belfast Walking Tour which gives a taste of the Belfast’s more alternative tourist spots, or the Black Taxi Famous Tours. For a set price, your clued-up taxi driver will take you on an original, private exploration of Belfast and beyond. 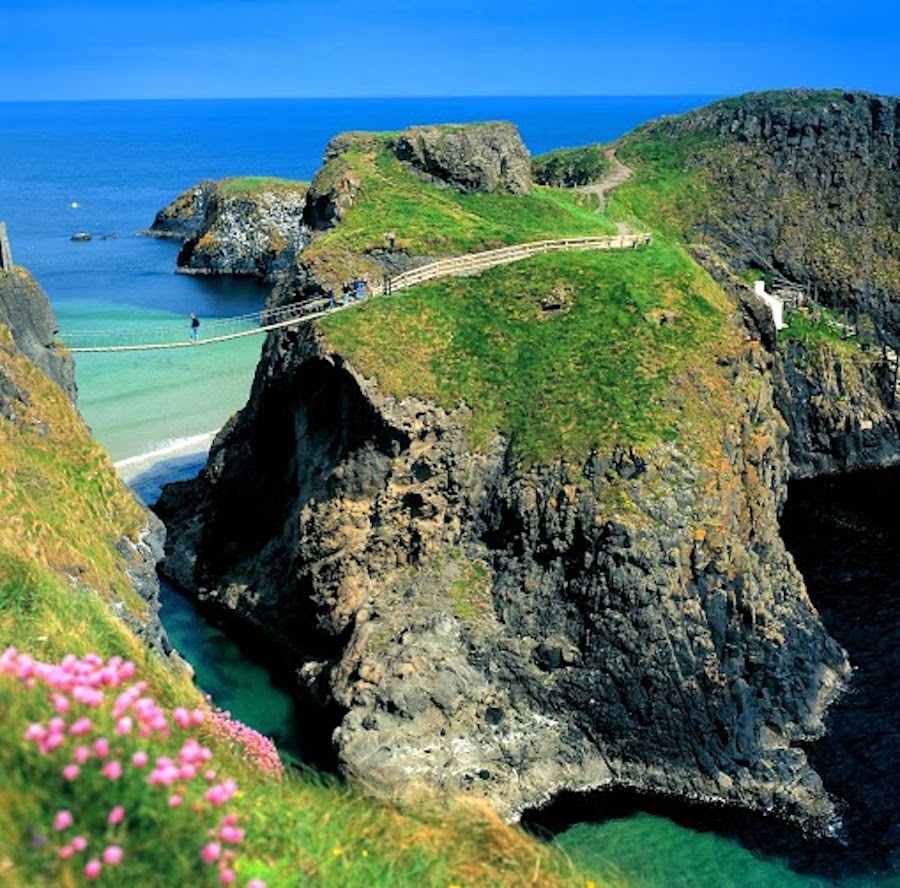 If you have a day to spare, take a road trip to the North Antrim Coast. An hour’s drive north, you’ll be greeted with vast green hills and wild wind swept coastline, perfect for blowing away city cobwebs. In the winter it is incredibly exhilarating to wrap up warm and watch the Atlantic crashing into the jagged cliffs; the sheer force of nature will leave you awe-struck.

County Antrim’s beautiful coast is full of history, geology and legend, from the wreckage of Spanish Armada ships to the fact that the HBO series Game of Thrones is partly filmed in and around the Ballintoy Harbour. GoT watchers will be in their element identifying the landing spot for the windswept Iron Islands in Season Two. And yes, super-fans can even go on a Game of Thrones tour. 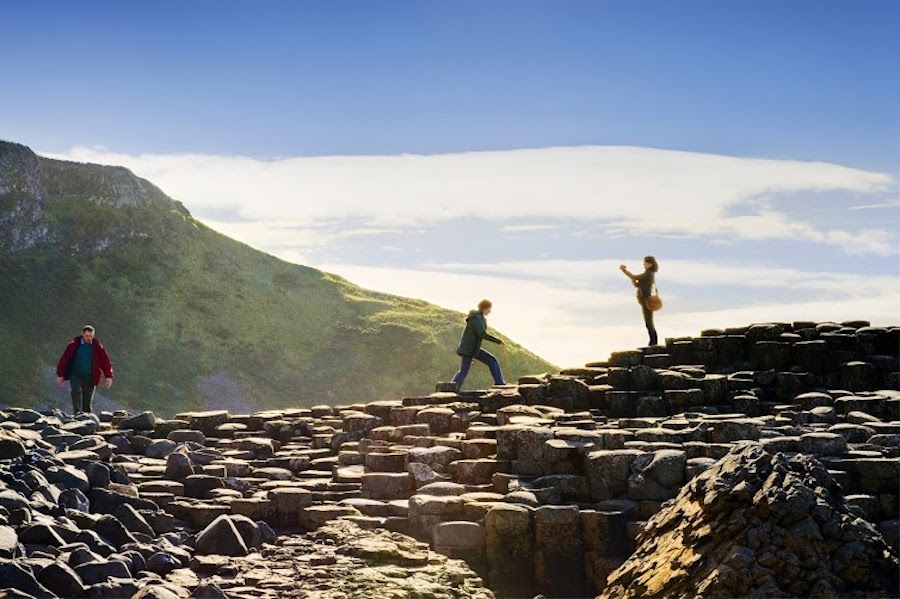 Keep the tingle going with one of the UK’s greatest natural wonders, The Giant’s Causeway, a huge area of around 40,000 interlocking basalt columns which is deeply engrained in Irish Mythology. And pump up the adrenaline by walking the Carrick-a-Rede rope bridge, a clifftop rope bridge joining a 30 metre deep, 20 metre wide gap between the mainland and Rocky Island.

At the end of the day, thaw out with a tour of the famous Bushmills Whiskey Distillery, sampling the nectar straight from the barrels. Then collapse for a night in the award-winning The Bushmills Inn, pausing for a pint of the black stuff and some comfort food by the turf fire before bed.

For more ideas and information on what to do during your visit, check out discovernorthernireland.com.