Self-Improvement | How To Be Posh 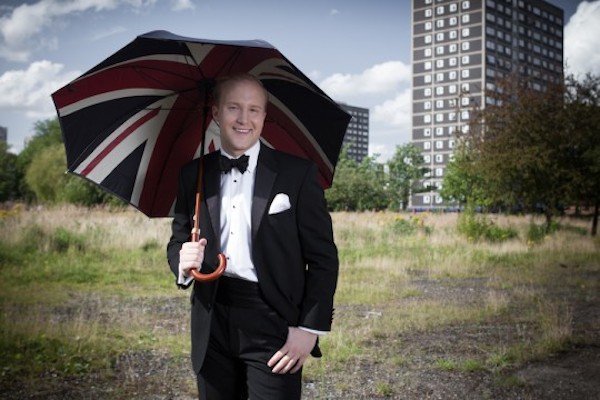 “Asking for a branded beer like a Corona at a dinner party,” writes William Hanson in his new book The Bluffer’s Guide To Etiquette, “will make your host feel uneasy for two reasons: a) they won’t have any and b) they will be mentally making sure they’ve locked away their jewellery upstairs.”

It’s the sort of comment that will have most of us reaching for the guillotine, but Hanson – a TV regular, considered by Sky News to be ‘the UK’s leading consultant in etiquette and protocol’ – is riding something of a popular wave of interest in posh. From our obsession with Downton Abbey to our fetishisation of Princess Kate, knowing the correct way to bow to the queen suddenly feels, well, rather modern. The infamous Obama-Cameron-Thorning-Schmidt selfie at Nelson Mandela’s funeral was a telling example of the myriad ways in which social media is undermining our behavioural taboos, and many of us have a nostalgic hankering for the days when dinner parties didn’t always devolve into a game of YouTube roulette.

Hanson calls his guide “a handbook for social climbing – the Middleton family proving that it is still very possible to do this. And for those who are, like me, already socially affluent, it provides an amusing tableaux of the unwritten rules of the cut-glass finger bowl brigade.” 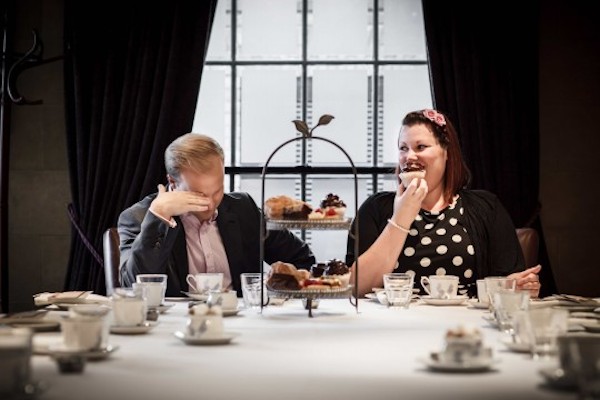 Hanson with Sue Flay from The Secluded Tea Party

Whether you buy into all that fuss about forks, it’s hard to deny that manners still matter in the professional as well as the personal world. A study conducted last year by an independent research company on behalf of aristo etiquette gurus Debrett’s found that 90 per cent of senior executives believe that social skills are as important, if not more so, than academic achievements in securing a good job. The survey also found that 63 per cent of office juniors lack even basic social skills and that misplaced informality has led a quarter of them to embarrass their bosses in front of clients.

But if you don’t have a cool £3,500 cash in your pocket for Debrett’s five-day residential course, how can you transform yourself into an elegant (and well paid) exemplar of modern etiquette? Hanson has created a quiz which will help you calibrate just where you sit on the pleb to posh scale – I managed an execrable 30%, which presumably lands me somewhere between Katie Price and Jean Valjean – and he’s also given us his top five tips on how to be more posh in 2014.

Go forth and conquer that boorish world, darlings. Just don’t forget to neatly fold your napkin on the left side of your plate before you do.

1. Never say ‘Pleased to meet you’. You may think you’re being terribly nice saying this upon greeting a stranger, but those in the know will have mentally clocked that you are not saying ‘How do you do?’ If you don’t know who they are, can you be sure you really are pleased to meet them?

2. Revise your handshake. The last time someone told you how to shake hands you were probably very young. Get a loved one to review your handshake honestly. Try to avoid being a wet fish or a bone crusher. People judge others on the quality of their handshake.

4. Avoid attending Facebook parties. If you are invited anywhere by Facebook then don’t go. It won’t be worth it and you’ll probably be served beer in the bottle or be given wine that hasn’t been decanted.

5. Pudding v dessert. The final course of a dinner (and arguably the best one) is the pudding. Note, it is called the pudding. NOT ‘dessert’! If you call your lemon posset with spun sugar basket a dessert when dining with the hoity toity, then you might as well prepare for a future dining at a Toby Carvery – where you can help yourself to the dessert buffet for the rest of eternity.

The Bluffer’s Guide to Etiquette is available for Kindle and iPad at Amazon.co.uk and the iBookstore (RRP £4.99); the print edition is available at www.bluffers.com and all good book and gift shops (RRP £6.99).