How To Make It As A Female Entrepreneur 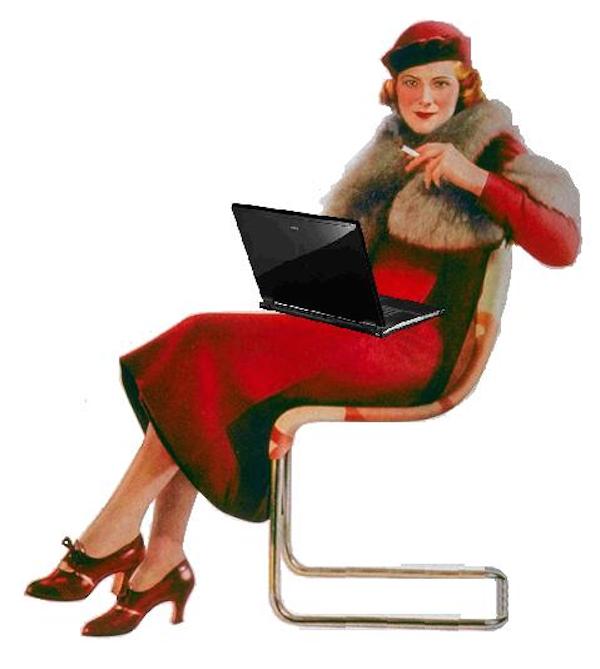 Everyone agrees there aren’t enough women entrepreneurs. But take heart—numbers are on our side. It turns out we’re a minority that should be highly sought after—next time you’re pitching, tell your investors women achieve a whopping 35% percent higher return on investment than their male cohorts, and startups with women in top jobs are more likely to succeed.

When my co-founder, Kaitlin Solimine and I, launched Hippo Reads, we did our homework and decided to do it differently.  No burning the midnight oil—working more than forty hour weeks reduces productivity.  A flat leadership structure – neither of us has the CEO title and we refer to one another internally and publicly as “co-founder.”  No pretending our lives begin and end at the office—Kaitlin and I both write creatively on the side, I have two small children at home, and she and her husband are months away from adopting their first.

Not only were we going to do things our way, we weren’t going to hide it. This structure paid off—though not initially.  Associates were slow to return our emails.  Friends referred to our startup as a “project.” But a year later, we have a thriving client-side business, employees on our payroll, and an online magazine with some of the highest page view rates (>five per visitor) in the industry.

We’re here to share what we’ve learned on our path.

1. Don’t be intimidated by technology.

Let’s be honest—the “tech” in tech startup is getting a lot easier for determined neophytes to surmount.  Don’t get me wrong: I’m proud of my C+ in Harvard’s notoriously difficult CS50, and Kaitlin gloats she can read basic code, but today’s crop of startup founders can often learn what they need to know as they go.  Tools and companies abound that make building your product easier so you don’t have to start from scratch. A lack of a compsci or engineering background is not a reason to hold off launching your business.

Though many think they need to lean heavily on a savvy technical co-founder, the truth is you can easily make up the difference with contractors, turnkey apps, and elbow grease.  As the founder of Prokanga and fellow entrepreneur, Jamie Cheney says, “The single best price of advice I got when I was starting Prokanga was, ‘find someone you know who can read code’. Note that it was not, ‘go out and learn code’. I took this to heart and hired a former colleague with a significant technology background as a consultant.”

2. Don’t be afraid to take a conference call with a screaming baby in the background

Kaitlin taught me this when I was struggling to come back from maternity leave. One day I was stuck at home with my infant daughter who, it turns out, wanted to participate in our call as well. I kept muting myself to hide her exclamations. Kate said, “Oh, just leave your speaker on.”  And I did. And the world didn’t end and I even said everything I needed to on our call.

It’s an unfortunate fact that the pressure to hide the presence of children is rampant in corporate culture—women even report disguising when they take time off work to care for sick kids.  This deception is not only harmful, but unnecessary.  At Hippo, we’d like to think we’re doing our small part to build a world where women – and men! – don’t feel judged when they take a business call with a noisy baby in their laps.

3. Encourage your employees to be more than employees.

Kaitlin and I took our part time ethos to heart when we began to recruit. We were upfront with each addition to our team about the fact that we were writers as well as entrepreneurs, and our business grew out of our love of writing. The heartening result was that we found ourselves retaining a cohort of like-minded individuals. They were not only grateful to be supported outside of the startup environment, but their dedication and passion for Hippo Reads was stronger because of it.

Women have the unique ability to express ourselves through fashion. There’s no better place to do this than the workplace—and the added benefit of working in a start-up is that we can create the culture of the work environment ourselves.

Renee Robbie of LookBooker explains, “My co-founder, Giorgia and I, have found ourselves being chameleons. We will go from pitching to investors wearing corporate attire, to meeting with salon clients wearing the latest fashion threads, to working barefoot with our tech developers, to late night strategising sessions in our pyjamas. Meeting people on their own turf and wearing their uniform helps us to connect with the diverse range of the people we need to work with to make our business a success.”

5. Build the culture that comes naturally to you.

It’s a well known fact that startup culture is fast-paced, aggressive, and macho. In that type of environment, it’s easy to get caught up in the act. But don’t. Being true to your own work style pays huge dividends down the road.

When Kaitlin and I built Hippo Reads, we talked all the time (and not just about work), never pointed fingers, and shared losses too, not just wins.The result was a culture of honesty where we felt free to intertwine the professional with the personal. We tried to encourage that in our other hires. People are stunned when they hear we’ve been at it for a year and have never had a big conflict or an issue that a conversation or a few good long emails couldn’t resolve. Co-founder troubles are becoming as common as marital woes in Silicon Valley. Lucky for us, collaboration and communication—two weak spots of your typical boy-genius founders—are where women often shine.  Use them to build a stronger, more robust company.