How The Internet Reacted To Kurt Cobain’s Death In 1994

With the death of a well-known person, a journalistic trend of recent years has been the publication of a “Social media’s reaction to…” article, summing up the mood of the emotionally and digitally connected. I would like to apply such a trend retrospectively if I may – to the death of Kurt Cobain on 5th April 1994. 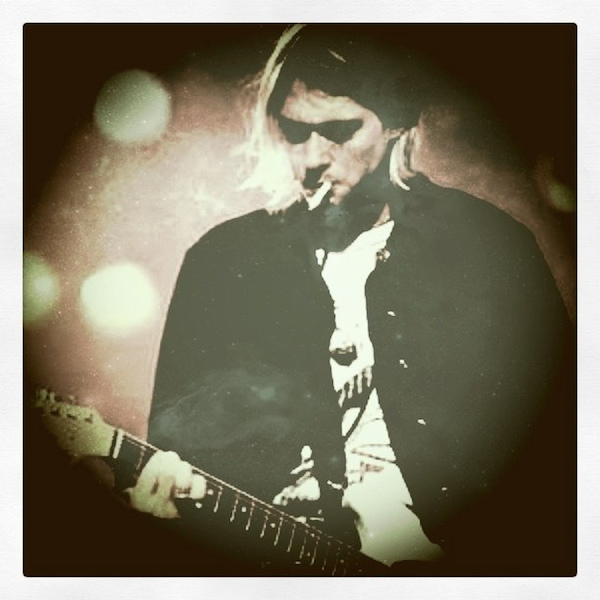 Of course, the services that we now group into “social media” – Twitter, Facebook, Instagram and the like – were not around 20 years ago. Then, the web didn’t even have graphics. Personal, public interaction tended to use one of two means: Usenet, the structured discussion system; and mailing lists. It’s the latter which caught my heart; as a member of the now-defunct Grunge Rock Discussion List (aka GRUNGE-L) in 1994, I spent many hours in my University computer lab talking to others about Soundgarden, Mudhoney and, of course, Nirvana.

The suicide of Kurt Cobain led me to keep many of the messages that other list members posted. I also kept a few other souvenirs, such as that famous NME cover. While those eventually winded up in the bin, the messages, stored on a floppy disk with tons of other undergraduate ephemera, have remained with me. After locating a floppy drive and a data recovery program, I was able to extract the messages, some of which are below.

My collection starts when people start to confirm the rumours. This first post, which I quote from below, finishes with a timeless suggestion: a request to respect the dead, and not to use the Internet as a sounding board.

> Someone just told me that Kurt Cobain was found dead in his home this morning.  Say it ain’t so, Joe!  If anyone can comment on this rumor mill statement, please do so!

He left a suicide note apparently written to Courtney Love. No one is sure what it said except that the last two lines were, “I love you, I love you.”

I’m still in a state of shock about this. I only hope we don’t get a bunch of assholes on here defiling his name.

Unfortunately, the request doesn’t go heeded. The discussion flares up and emotions become rather charged. Rather depressingly, it proves that arguments and flame wars are not the sole property of social media – they are consistent with practically any collective conversation in contemporary society.

However, GRUNGE-L’s context is a little more subtle, more intimate; people are tender, hurting, and perhaps, just a little afraid. The following passages are beautifully evocative of the internal and external issues encountered by that generation, immortalised in Coupland’s novel Generation X, published a few years before.

The man killed himself, okay?  He committed the ultimate “FUCK YOU”.  What’s going to happen now?  Let’s all look at our own words.  We all think we know the great and magnificent Kurt Cobain now, don’t we?  Now that he’s dead, we can all glorify this man for everything wonderful that he stood for in our generation.  But, what kind of message is he sending out?

Here he writes lyrics that we all relate so deeply to…and finally we are all saying, it’s about time someone started talking to us and representing us as a group of people.  And then the guy takes his lyrics, and his promising future, and flushes them down the toilet, along with thousands of other people who really believed in him and what he was saying.  There are going to be so many kids – teens who looked to bands like Nirvana for idolatry and solace far away from the pains in their own lives – who have now lost their idol.  They are the true sufferers.  They are the ones who have been given a blast of reality and they are the ones who we must now try and help.

Apologies for offending…but the list has turned into a temporary venting ground.

Some members of the list become more terse, riled by the views of others. A post from an anonymous contributor finishes: “I think you cann all just…umm whats the words… Fuck Off. Yeh, thats it.” One wonders when the storm dies down, how these interpersonal relationships will pick up.

Perhaps the most beautifully-written of this collection comes from Bridget Palmer, who not only pleads for a sense of calm to return to the list, but offers a frank and uncompromising view into her own sense of loss.

i, for one, am really grateful to almost everyone who has written about kurts death, especially those that expressed a need to understand that he had reasons well never know. thoughts, emotions

and the raw feeling in these letters has made me cry several times.

music means a lot to me, because it is my soul, and losing kurt was like losing a piece of my soul. of all the speculations on what kurt did and would want us to do, i think the fact that a million messages discussing his death and our sorrow from it would be one thing he would dislike the most.  i know that I myself have just added to that number, but i really cant handle reading anymore.  i believe everyone should say their piece about it, but the discussion of whos right and whos wrong has to end.  its really tearing me apart.

i know a lot of people will probably disagree and want to tell me to fuck off, but i dont want to hear it.  im having a hard enough time swallowing the fact that kurt is gone, let alone having someone tell me im an idiot.  i dont feel like a flame contest over kurt.

… and she signs it off in the most haunting, heartfelt way possible:

How journalism covers deaths via social media doesn’t have to be reliant on copy and paste. I find the articles which include a ton of tweets (“And Barack Obama said this on Twitter…”) both lazy and frustrating. They are not a eulogy, they are not an obituary; they exist simply for eyeballs. They also provide a wonderful example of selective gatekeeping (that part of communications theory which talks about subjective editorial standpoints) – because of all of the millions of people and posts reflecting on the life of somebody, one summary post is not going to get anywhere near “social media’s reaction”. It’s a bunch of posts picked (not “curated”, that overused term by neophiles) by someone in an office, wanting to get something out as quickly as possible – the best form of editorial myopia.

Not every publisher does it badly, though, as this New Yorker piece demonstrates; it talks about how the recent death of Philip Seymour Hoffman was recorded and discussed online, with not an embedded tweet in sight.

On the morning of Saturday 9 April 1994, a friend called me. She did not know about Cobain’s death; I informed her. That night, I put my T-shirt and ripped jeans on for a night out in Camden, which ended at 2am with Smells Like Teen Spirit.

A few days after the confirmation of Cobain’s death, a public memorial service was held in Seattle. A List member attended it; here is her report.

Kurt Cobain’s public memorial service was held last night at the Seattle Center outdoor Flag Pavilion.  Twas a candlelight vigil even though it was held at 5pm.  Nearly 6000 people showed up, sorrowful in the late day sun.

A letter was read from Cobain’s uncle, who fondly remembered Kurt during his teen years.  His Uncle and Grandfather took him fishing in the Wenatchee River when they heard Kurt give a whopping scream from up around the bend.  His uncle waded up, anticipating that Kurt had hooked a fish, but Kurt didn’t even have his line in the water.  “Just thickening up my vocal cords” he told his uncle, with that sly smile.”

Another time his uncle heard that Kurt was in a fight with some bully more than twice his weight.  His uncle ran to the scene of the fight to find Kurt okay.  Apparently everytime the bully knocked Kurt to the ground he just responded by flipping him the bird until the bully was so frustrated he gave up the fight.

Other taped responses came from Kris and Courtney.  Courtney read portions of Kurt’s last letter.  I’m sure a transcript will be printed, but needless to say it was as eloquent as any of his lyrics.  Courtney sobbed through most of it, as we did as we listened.  “You asshole”, she cried at one point, urging us to call us to call him an asshole, too.  “Asshole”, some 6000 people cried.

The letter was not about hopelessness or dispair [sic], it seems that he just did not want to go on living.  We lit candles and they cranked up the Nirvana music, then they turned on the fountain.  It didn’t take long before hundreds of people ran into the cascading water, and try as they might, the event staff gave up trying to maintain any sense of order. The memorial service ended after the music played out, with people singing, holding hands, and holding candles.