The Beautiful Ugly, And The Philosophy Of Cool

I was meant to write a column about war this issue, but ultimately I decided I wouldn’t do it. At least I wasn’t prepared to try and make sense of such a complex and emotive topic in the space of 700 words or so. But I did look at several articles on whether peace is actually achievable. Is our species simply hardwired for war? Turns out not necessarily.

True, in the Seventies two chimpanzee clans in Gombe Stream National Park, Tanzania were observed carrying out tactical, war-like maneuvers against one other. However, scientists have observed ants and crows indulging in similar behaviour. It seems it’s not just our primate brain at work; pressure created by increased population in a certain territory is enough to spur a military approach. In fact, our nomadic ancestors were a relatively peaceful bunch. 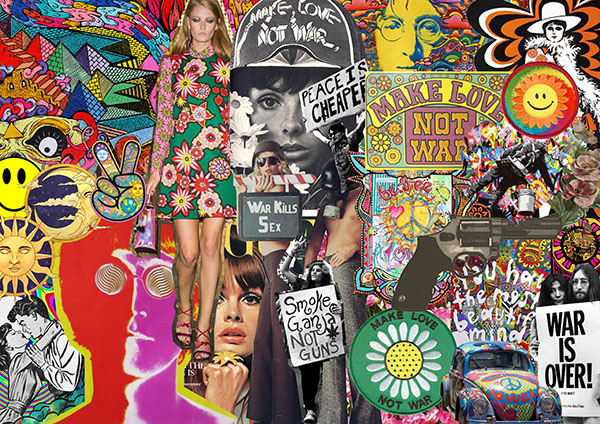 In any event, to say that we’re hardwired for war is a rather fatalistic attitude. Surely one of the few benefits of evolution, despite all the modern-day neuroses it has bestowed upon us, is the development of logic and artistic sensibility; the search for beauty?

Recently I have been thinking a lot about what makes something beautiful – since the definition cannot be the same for a landscape and a poem. What makes us, as a fashion magazine, or you as a consumer decide to choose one item of clothing over another? If you could pinpoint it, you’d be a millionaire. This is fashion as applied aesthetics.

Taking it to the next level, what is it that makes something look “cool”? For boys in east London in 2014 it was cool to have a beard, dress like your dad, and be good at Photoshop. Try too hard to tick all the boxes and you become a hipster… Which is the mystery of how everyone who tries to look different ends up looking the same. Schrodinger’s cool cat if you will.

Conversely what makes something look “commercial”? Can something be both cool and commercial, or does marketable perfection make products inherently bland and short on artistic merit? The French have a wonderful phrase for it – “jolie laide”, or “beautiful ugly”. There are countless examples of supermodels that fit the bill: Lily Cole’s wide-set eyes and rosebud mouth give her a doll-like appeal, regardless of the fact that they contravene Plato’s “golden proportion” according to which the width of the face should be two thirds of its length, with a nose no longer than the distance between the eyes. Erin O’Conner’s haughty, aquiline nose and incredible height give her alluring androgyny. Where Kim Kardashian fits into all of this, I have no idea.

Why does it even matter whether people think we look cool or not? In the Nov/Dec 14 issue of Philosophy Now, the villainously named Thorsten Botz-Bornstein links Stoicism and hip hop. “The aesthetics of cool developed mainly as a behavioral attitude practiced by black men in the United States at the time of slavery. Slavery made necessary the cultivation of special defense mechanisms which employed emotional detachment and irony.” So, Botz-Bornstein writes, ‘cool’ represents a “paradoxical fusion of submission and subversion”.

Behavioral scientists take a different tack, distilling the phenomenon down to four main traits. First, cool is a social perception, not an inherent quality. Dressing like your Dad (normcore, as it was helpfully labeled by the fashion press), wasn’t cool until tattooed twenty-somethings in Dalston did it. Second, coolness is relative. This jacket from Sandro might seem cool compared to another jacket from Sandro, but neither will be as cool as a jacket from Saint Laurent. Third, coolness is almost universally positive. And fourth, something that’s cool tends to diverge from the norm. Schrodinger’s cool cat pads back into the room.

Over the course of history, man has been at peace more years than he has war – so technically it’s truer to say we’re hardwired for peace. And yet the fight to be cool rages on daily all across the globe. We crave to fit into the herd, yet we also rail against it. Whether we’re packing a grenade or a Louboutin stiletto, we’re strange and conflicted creatures. Perhaps our only option is to make peace with this contradiction; and look for the beauty in every ugly place we find ourselves.