“I shall raise up the dead and they shall eat the living… I shall make the dead outnumber the living.” No, not a quote from 28 Days Later, or even Zombieland – but The Epic of Gilgamesh, the Babylonian poem written over 4000 years ago.

There exists remarkable similarity between the legends of otherwise diverse cultures across the globe: bloated, chalk-faced zombies leer from Haiti to West Africa. Men shape-shift into werewolves in Greek classics, loping across medieval Europe and into Norse legend. The theme of the monstrous undead continues with vampires, cropping up as ghoulish vetalas in ancient India, the blood sucking lion-headed goddess Sekhmet in ancient Egypt, culminating in the beige hormonal angst of the Twilight saga.

Monsters tap into our primordial sense of existentialism – essentially, we are meat, and therefore we can be prey. Over millions of years, our chimp brain has been programmed with an abstract predator template: if it’s large, has sharp teeth or claws, then we know to channel our inner Mike Tyson or Mo Farah and fight or fly. Saying that, Tyson’s ear-chewing ways may well prove he has already crossed over to the realms of flesh-eating zombie. 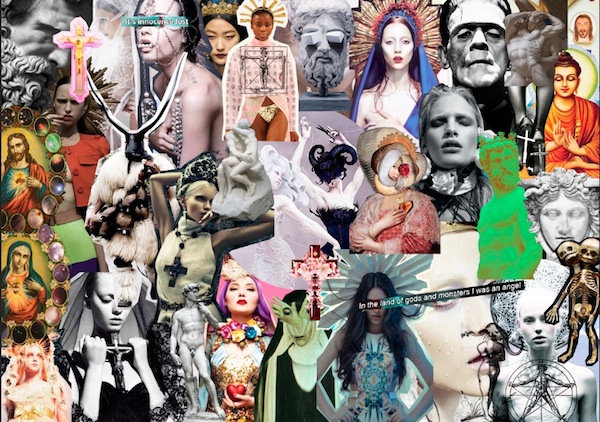 The ubiquity of the monster cannot be based in reality, therefore it must serve some basic human psychological need. As Stephen T Asma wrote in his 2009 book On Monsters: An Unnatural History of Our Worst Fears, monsters “probably appear and reappear in our stories and in our artwork because they help us (and helped our ancestors) navigate the dangers of our environment”. Indigenous tribes such as the Aché foragers in Paraguay know it all too well: 14 percent of deaths in adult males are the result of poisonous snakebites, jaguar attacks another eight percent, and human violence accounts for 55 percent of all deaths (Ache Life History, Hill and Hurtado, 1996) – which might explain why it’s not a popular tourist destination. If the Aché hear a rumble in the jungle, you can be sure they hotfoot it.

Thomas Edison, that ever-practical chap, who invented the light bulb, the phonograph, and the motion picture camera, directed the world’s first horror film at the dawn of cinema in 1895 with an eerie 18-second clip, entitled The Execution of Mary Stuart. “Anything that won’t sell, I don’t want to invent,” he drawled. “Its sale is proof of utility, and utility is success.” To this day the horror movie genre consistently remains one of the highest-grossing, even lo-fi flicks, such as The Blair Witch Project and Paranormal Activity (which was made for a measly $15,000) can rake in over $100,000,000.

But why would we willingly spend our hard-earned cash to be scared witless? A psychoanalyst would suggest that monsters represent the human fear of death, and in overcoming the monsters we can overcome our fear. And in our homogenised modern lives of cat gifs, desk jobs and “elf and safety”, the adrenalin rush triggered by the fight-or-flight response from watching horror appeals to the latent thrill seeker in all of us. Horror films also serve as a mirror for our societal fears, and help us combat those anxieties. Cultural historian David J Skal points to Godzilla – produced in Japan in 1954, a rampaging radiation-mutated monster burning all in its path, echoing the devastation caused by the atomic bombs. Demonic children were popularised in the 60s and 70s with Village of the Damned, The Omen series and Rosemary’s Baby – society reflecting on its sexual revolution perchance? The 90s and the rise of the home computer paved the way for anxieties of technological domination, such as The Terminator.

The art of filmmaking overwhelms the senses in such a way that it has often been compared to dreaming. So does that make horror films nightmares? We still don’t know exactly why we dream, but it’s likely a way to process information, skills and emotions accrued in our waking hours. So when we watch a horror film our brain views it as a how-to documentary, giving us peace of mind that if we did stagger onto the deserted streets of London amid a zombie apocalypse, we’d know a blow to the frontal lobe with a golf club is the way to go.

We relish in our imagination, and more frightening than the thought of the monster lurking under your bed as a child is the realisation as an adult that monsters might not be real after all; and when we catch on, the world suddenly sheds some of its Technicolour hue. Our mind will constantly play tricks on us though, in the words of Edgar Allan Poe, “Believe only half of what you see and nothing that you hear.”