Cristian Zuzunaga Wants To Put Pixels In Your Living Room

Cristian Zuzunaga‘s pixelated designs fuse the seemingly polarised worlds of technology and art: fragmenting, atomising and magnifying the world around him to create works which reflect his multifaceted creativity and eclectic design roots.

PHOENIX speaks to the Spanish-born designer about multiculturalism, good design and his recent collaboration with British carpet manufacturer Brintons. 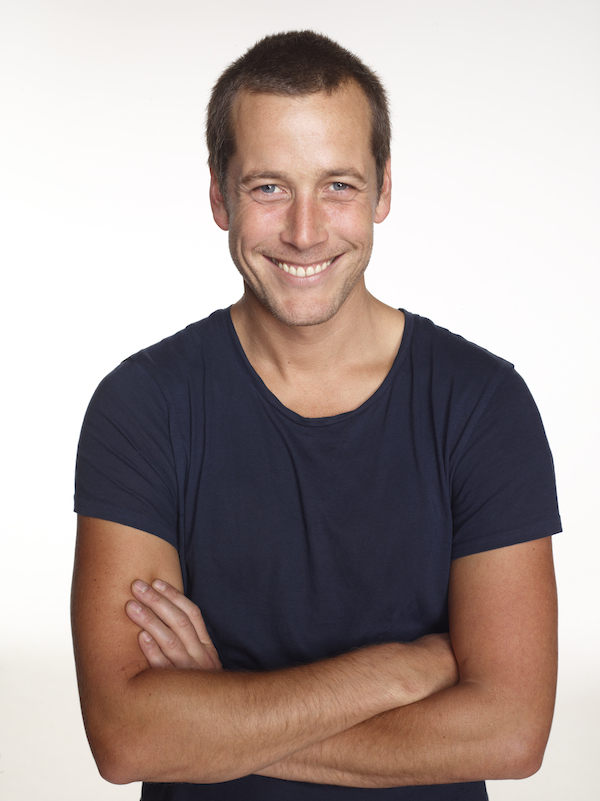 How did you get involved in the world of design?

For nearly ten years I worked as a model, travelling the world and living in global cities. This had a huge influence on me as a young man, introducing me to a variety of different cultures – but also placing me at the heart of the birth of globalisation. Though it was fun, I was feeling quite uninspired, so I left modelling to study at the London College of Communication.

I then did a Masters at the Royal College of Art; during my thesis study period I travelled to Shanghai (in 2006) and from there my fascination with the pixel began. I saw that this digital world growing so fast around us needed to be expressed in design around us. I began working with textiles, as I needed something which could combine the digital patterns with manual craftsmanship and texture.

Does your multicultural background influence your work?

I come from a multicultural family – my father is Peruvian and my mother is Catalan – and so that curiosity and interest in difference and community has always been part of my work. I am influenced so much by having travelled and worked so widely for so many years as a model (and now as a designer).

Ultimately my work is a response to the diversity and multiplicity that I myself have lived -how can design create harmony between man and his environment, between traditional crafts and digital innovations? 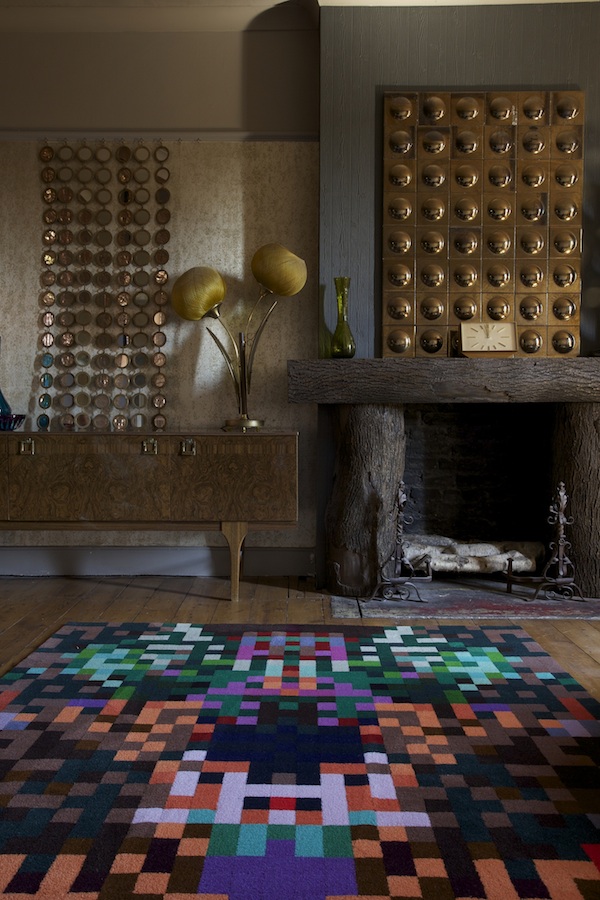 Do you have different approaches to creating artworks and designing commercial products?

My approach is always the same: to follow the idea and let that dictate everything else. Of course you have to be a businessman, there is a difference between creating something for people to contemplate in a gallery and something you want people to buy and use in their homes. But I don´t like to compromise the project.

A good design is a good design, and my focus is on form and color. We are a unique Company for putting such an emphasis on color and these repetitive yet subtle digital patterns; I think part of our appeal is that there isn´t really a line between the art approach and the commercial approach.

How has your background in science formed the way that you work?

As a biology student I was fascinated by the microscope and the way in which it enabled me to magnify an object to break it down into its smallest parts. I still use this microscopic approach now every time I make a new design.

I take a photo, such as photos of a particular world city (as is the case with our Bitmap blankets), and then I begin to magnify it until the pixels – its tiny square digital components  – become visible. Then I take that pattern and begin to manipulate it further, changing colours and altering the image until the design is made.

So though the biological studies did not last, the practice of magnifying did and to this day, breaking down patterns and images into their infinitesimal components remains at the core of my work. 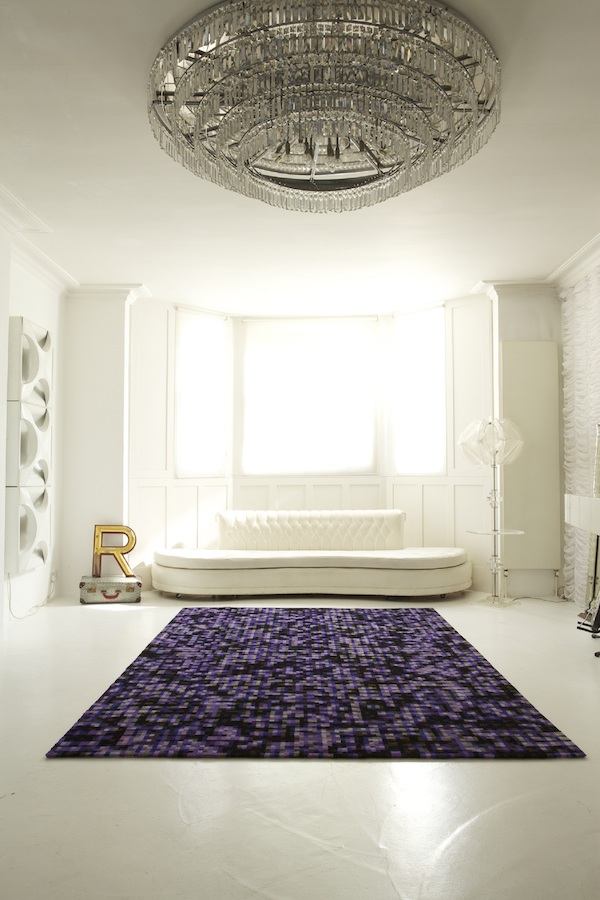 What inspired the rugs that you designed in collaboration with Brintons?

Brintons and I first collaborated on the WOOL HOUSE 2013 event, run by Campaign for Wool at Somerset House. I desgined a 100-foot carpet, The Infinity Runner, for the West Wing. We really had a great connection so we talked more about continuing to collaborate after Wool House.

I visited Brintons´ factory in Kidderminster and that´s where the idea came from. I was inspired by the contemporary relevance of the antique fabrics and design papers in Brintons’ archive, the rugs engage with squares and colours to repeat, reproduce and build creative new patterns from unique formal prototypes. Brintons had also recently acquired High Definition Weave looms, which are incredibly state of the art machines that are capable of weaving digital, photo-realist patterns using wool.