5 Reasons To Take A Winter Break In Bulgaria

Greg Taylor explains why Bulgaria is at its best in winter 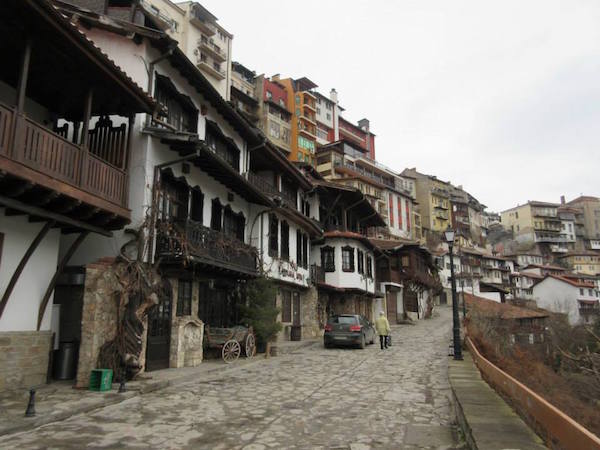 Bulgaria is glorious in summer. From the hedonistic coast resorts of Varna and Golden Sands, where the beach parties run on well after dawn, to the sun-dappled slopes of the Rila mountains, their ravines replete with ramblers, monks and brown bears, it’s a country with treasures to delight even the most jaded of travellers.

That’s in the summer. In the winter it’s cold, stark, quiet and lonely. In other words, it’s perfect for the counter-intuitive traveller, the wanderer who wants to experience a country bereft of its makeup, a country overflowing with historical riches and arcane folklore, with the eerie atmosphere of a modern day Grimm fairy-tale.

Here are my top 5 reasons to grab your gloves and coat and head out east to the land of Vitosha and the varkolak:

Known as the Sea of Inhospitality by the Ancient Greeks due to the vicious tribes scattered along its coast, the vastness and violence of the Black Sea has a magic all of its own. Stand on the deserted, wind-swept beaches of Varna or Burgas and imagine generations of mothers waiting, often hopelessly, for sailors and fishermen to return home. Or walk the coast, battered and sea-sprayed, for miles without seeing a soul, plunging into deserted monasteries, abandoned resorts and strange and ancient rock formations on the way. 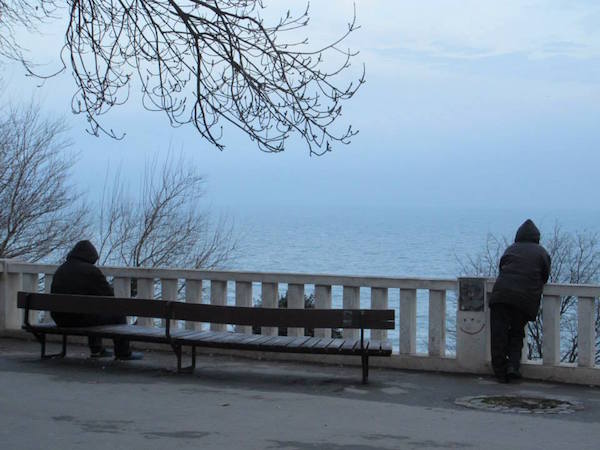 The vertiginous capital of the medieval 2nd Bulgarian Empire soars over the gorge created by the torpid Yantra River like something from Tolkien’s most feverish imaginings. From below, the higgledy-piggledy Jenga-mass of buildings looks like it could crumble into the abyss with the slightest misplaced touch, while from the vantage point of one of the many fantastic restaurants overlooking the valley, you can try to forget that you are teetering on the edge of oblivion with the help of Bulgaria’s favourite fruit brandy, Rakia. The hordes ascend in summer; in winter it’s deserted, and doubly atmospheric. 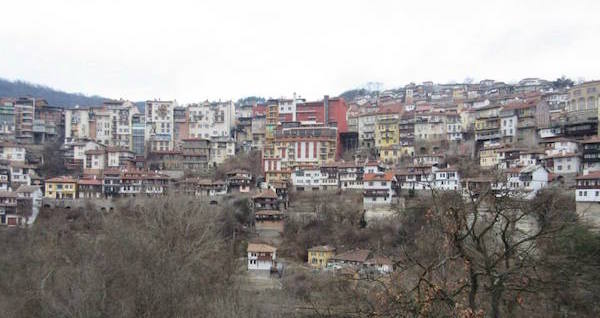 Bulgaria’s forests and mountains make for a fairy-tale setting for the country’s myriad fortresses, both secular and spiritual. Rila Monastery, the country’s crown jewel hidden deep in the Rila Mountains about 70 miles south of Sofia, is understandably famous for its intense, disturbing and beautiful frescos, its Escher-like design scheme and its remote setting.

In the cold winter months, with snow piled up around the winding mountain passages, you may just have it to yourself. Except for the monks, of course. The same goes for mysterious glories such as the Preobrazhenski Monastery, clinging to rocks at the end of an eerie mountain path near Veliko Tarnovo, and the awe-inspiringly strange Belogradchik Fortress in the country’s often inaccessible far north west.

The Bulgarians put on a fine and varied spread, influenced heavily by their Greek and Turkish neighbours. From the rustic monastery restaurants to the five star culinary delights of Sofia, there’s plenty to get your teeth into, and eating is taken very seriously. Bulgarian salads are an overwhelming riot of colours and flavours, pebble-dashed with one of the two national cheeses (“white” and “yellow”, unhelpfully) and often intimidatingly large.

Bob chorba, a bean and tomato soup, can fire you up for a day of walking, while kyufte, a meatball spiced and pulverised to perfection, is often the width of a plate. And the great Bulgarian yogurty pride, Kiselo Mlyako, will help digest these vast feasts as you roll home from the empty restaurant where you were treated like Tsar Simeon himself, groaning but joyful, to bed.

Such is the breadth of the City of Seven Hills’ riches and culture, it’s hard to believe it isn’t overwhelmed with greedy-eyed tourists every minute of every day. The New Town, ironically, is peppered with grandiose Roman ruins amongst its uninspiring shopping boulevards. Look out for a theatre akin to the wonder of Taormina, a giant stadium stretching under the main shopping street, and a huge ruined forum sitting brazenly opposite the monstrous post office in the centre of the city.

The hilly and becobbled Old Town, on the other hand, is the setting for the justly famous 19th century townhouses of the city’s once-great and good, preserved in Marie Celeste stasis. Like walking into a Shirley Jackson novella, the houses slumber in deep hibernation in winter, the perfect time to nose around and hunt for ghosts in one of Europe’s oldest cities. 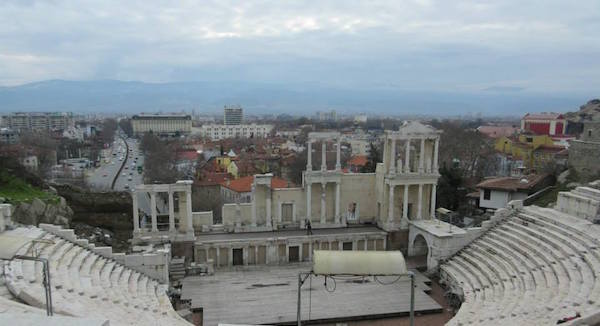 This is just the merest fraction of the temptations that wintery Bulgaria presents, and with return flights from London to Sofia for less than £100, a great meal for much less than £10, and cosy off-season hotels opening their doors for as little as £10 a night, there’s no better time to go. Just make sure you do it before it starts getting warm…