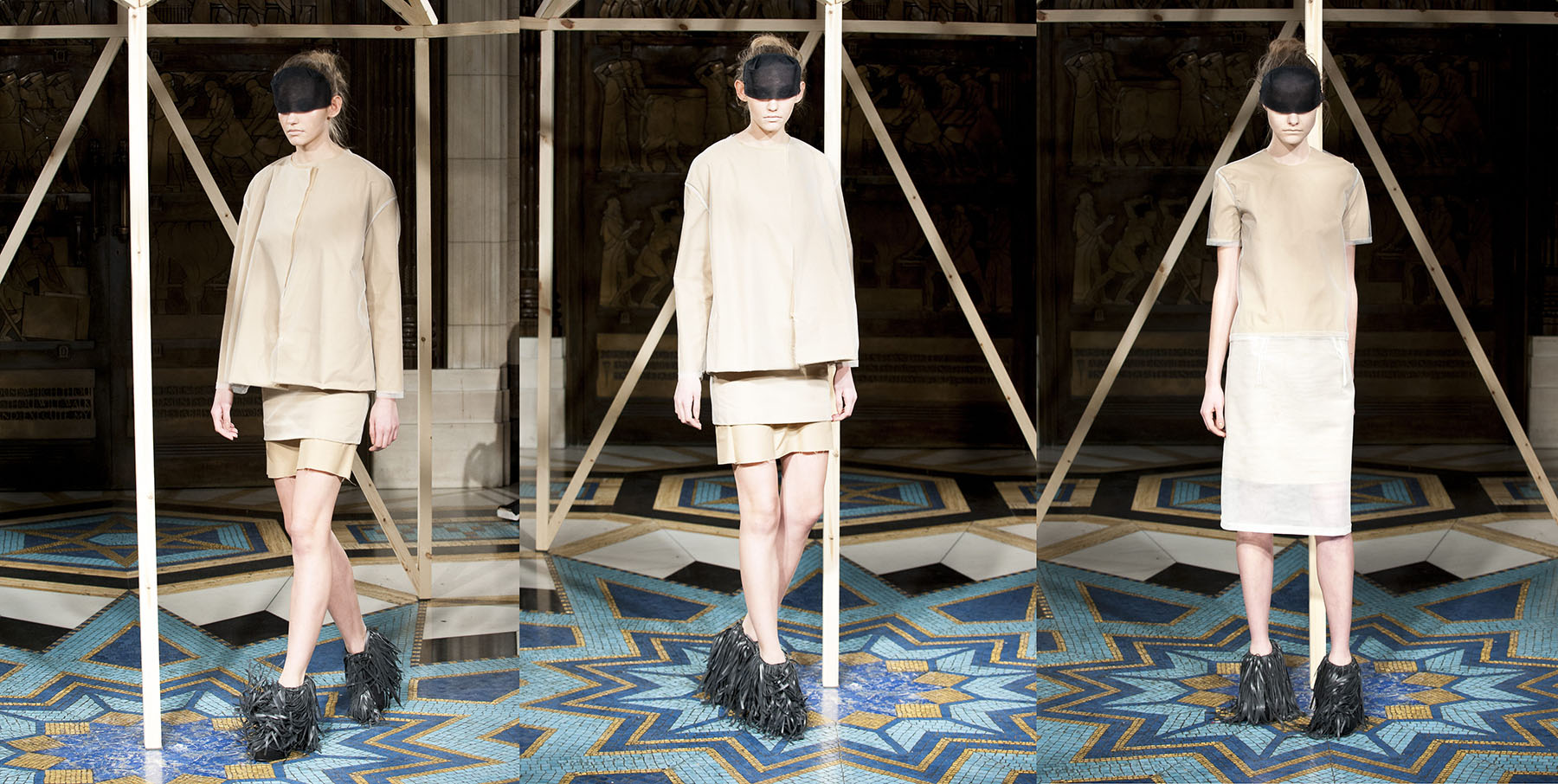 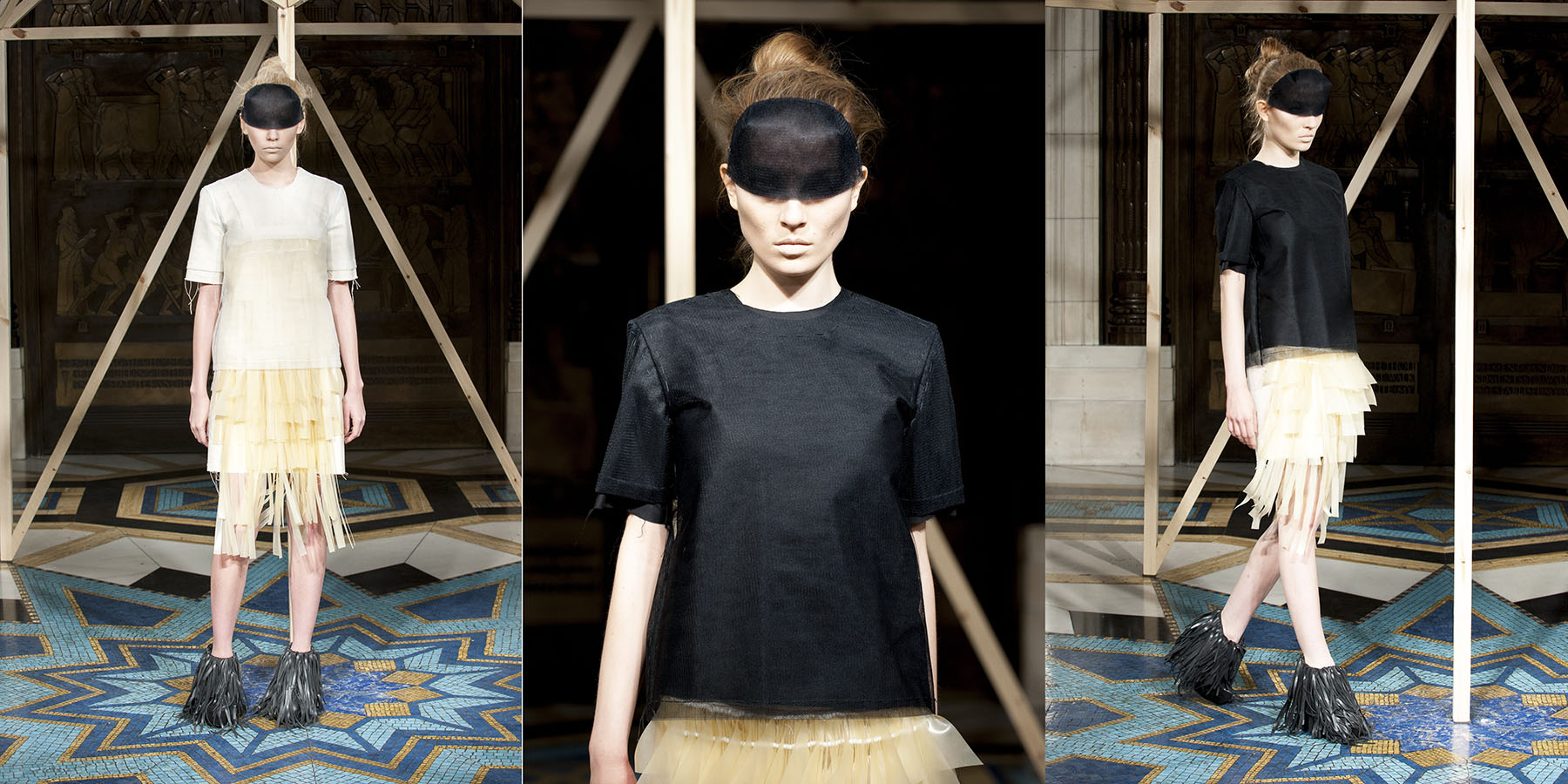 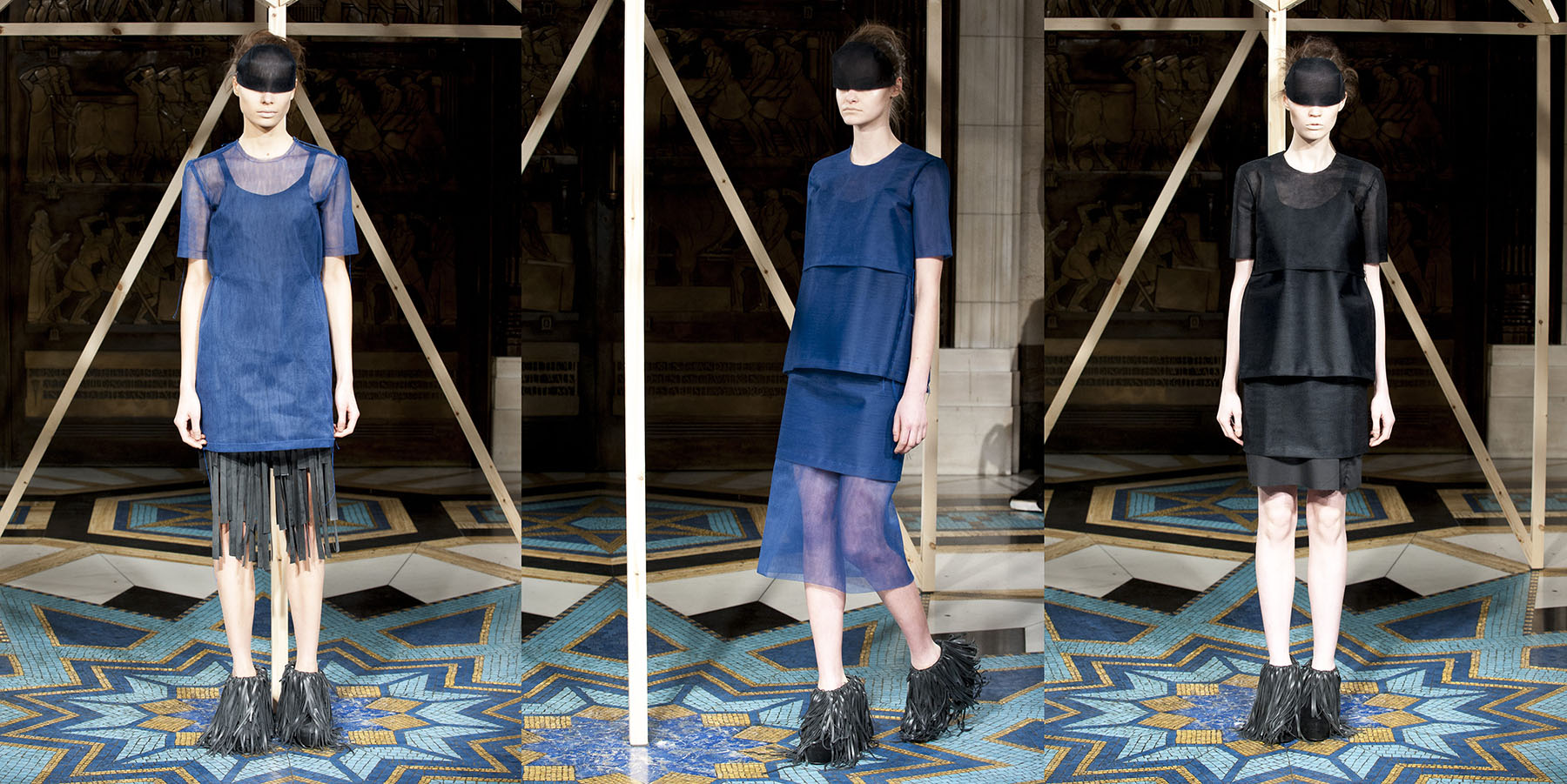 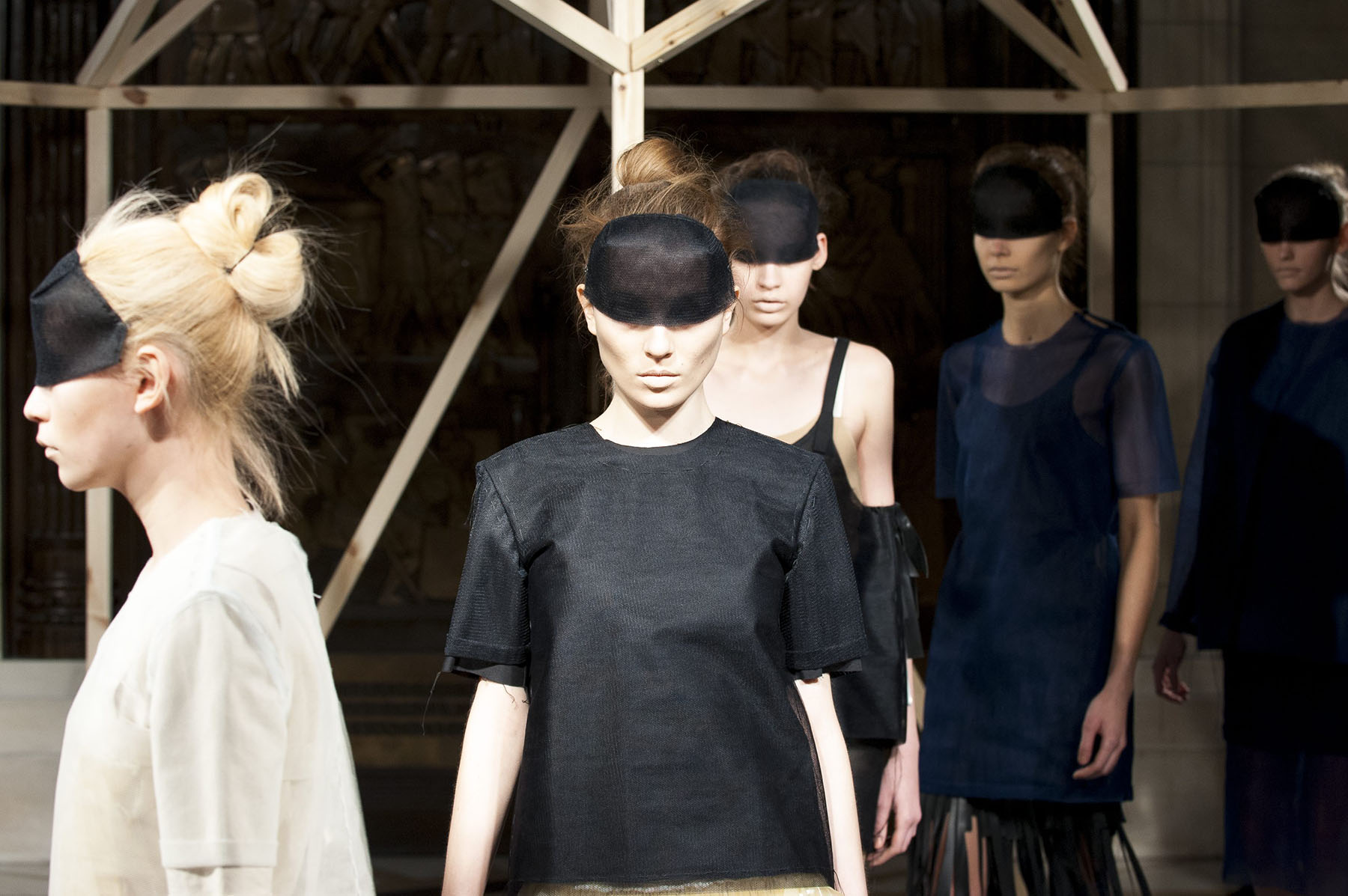 In the Vestibule of the Freemason’s Hall, sandwiched between the vaulted ceiling and the star mozaic tiled floor, stood a bare wooden structure by Robert Storey. In contrast to the opulent and imposing room, the structure made the setting for the Phoebe English Autumn Winter collection feel raw and exposed, a sense that was continued through the collection itself.

Models walked in an eerie procession, their thin white frames visible through the gauze and raw cotton fabrics of the collection, like an X-ray. An ‘investigation into sightlessness’ the collection had an ethereal appearance, but an uneasy clinical, medical feeling that was enhanced by the bleak, textured soundscape composed for the show by Golden Hum.

Taupe mini skirts and strap-tops had exoskeletons of white gauze, that made visible the darts and stitching, so that the presence of the maker was felt. The raw cotton edges were left unfinished and where seams occurred they trailed uncut threads. The latex show invite worked its way into the collection as accumulations of hanging strips which shivered with the movement of the wearer, in contrast to the stiffness of the cotton and gauze. A highly conceptual collection from a hotly tipped designer whose garments are minutely constructed and quietly avant garde.