Each January, when the sartorial caper that is London Collections: MEN rolls around, it reminds me a little more of an Ealing Studios comedy; W1’s rain-slicked streets become a feverish caricature of British eccentricity, populated by earnest men in duster coats losing trilbies to gale-force winds, bespectacled likely lads, and the odd hapless egotist. 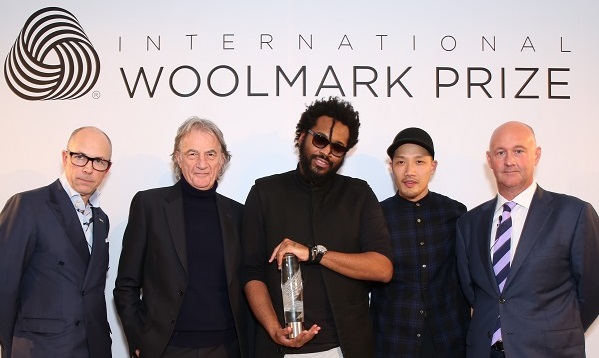 Hodges’ army of urban Boy Scouts trouped out clad in a uniform of white, black, and emergency orange, cut through with dark denim. Their long woollen coats were given a rough-and-tumble edge thanks to visible construction. Talisman trinkets, patches and flags put a playful slant on the survival theme, while languid knits and tracksuit bottoms brought the collection down to earth with a feeling of everyday normality. A sandwich board reading ‘Totally Safe Classics’ gave a nod to the old school garage soundtrack. 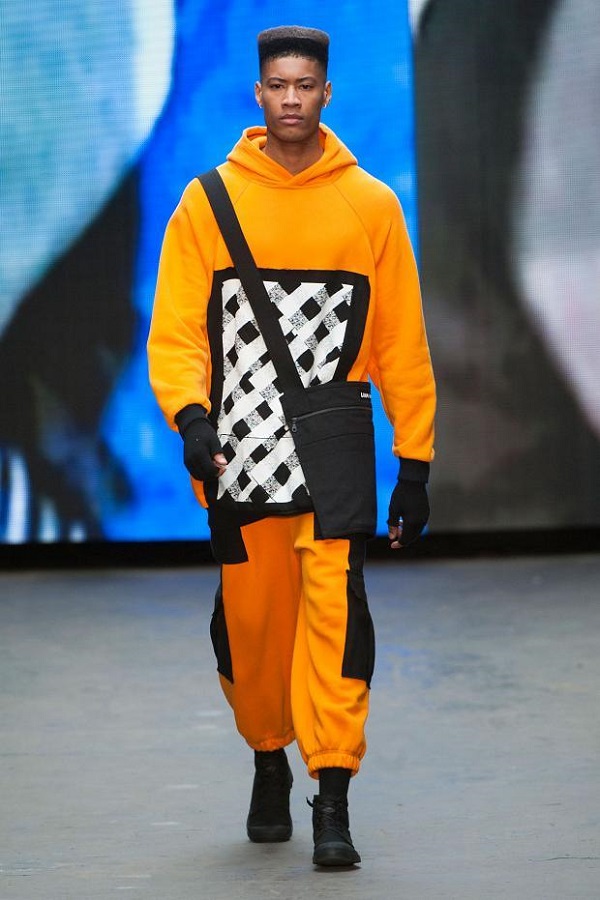 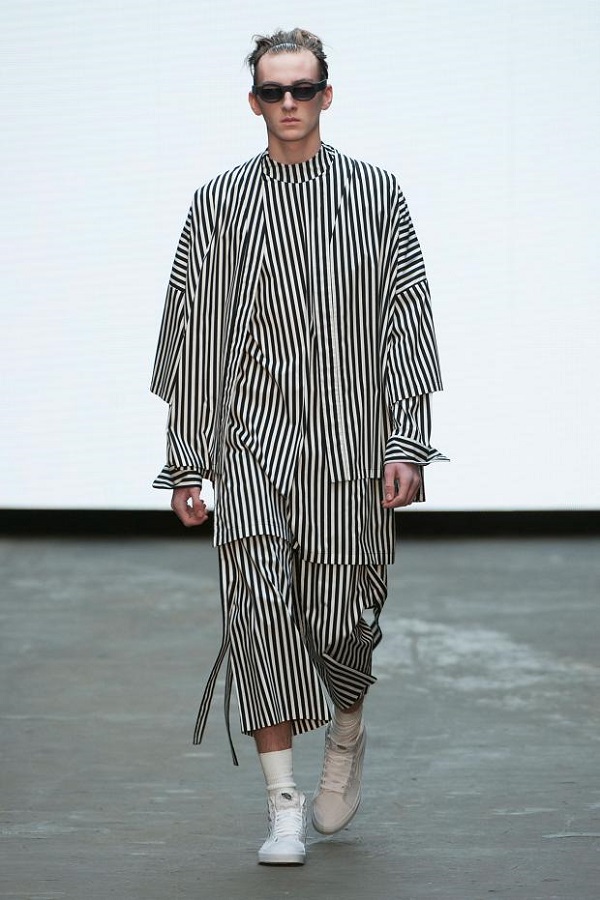 The evening shows got off to a lively start at Christopher Shannon, with FROW pals Nick Grimshaw and Dermot O’Leary exchanging bemused side-long glances at the plastic bags gracing the models’ heads. Outerwear was, as usual, technically superior, with navy puffers cinched under wide belts, shiny candy-striped bombers and intricate half-zipped sleeves. For me, the bag motif and consumer slogans felt a little tired. Perhaps our penchant for shopping mall parodies and fast food-inspired fashion over the last two seasons have left me jaded. Plus I can’t look at a misplaced plastic bag without thinking of the ‘wanna see the most beautiful thing I’ve ever filmed?’ line in American Beauty and supressing a snigger. Instead of a plastic corsage, I’ll be adding a ‘Shannon’-emblazoned appliqué detail sweater to my fantasy shopping list – a bolshy monochrome offering. 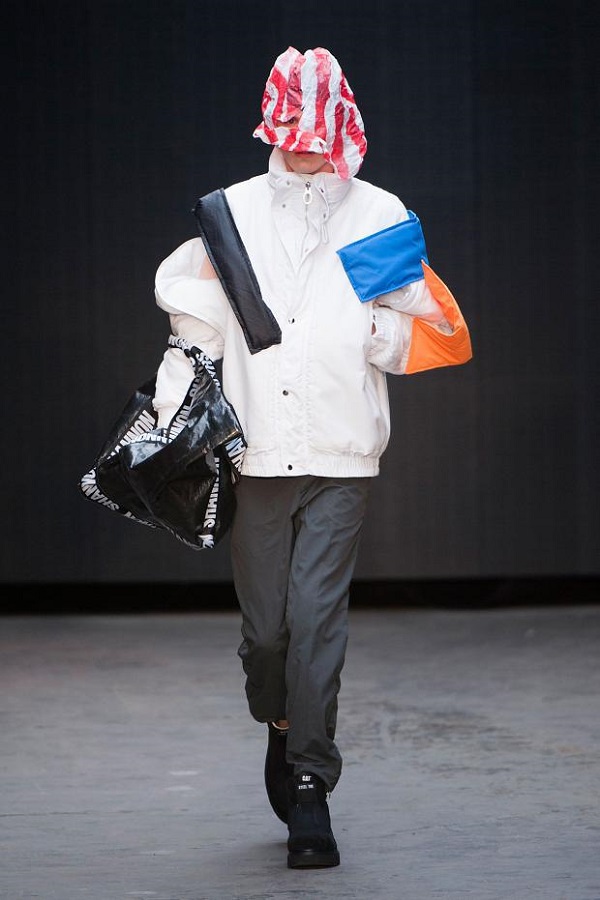 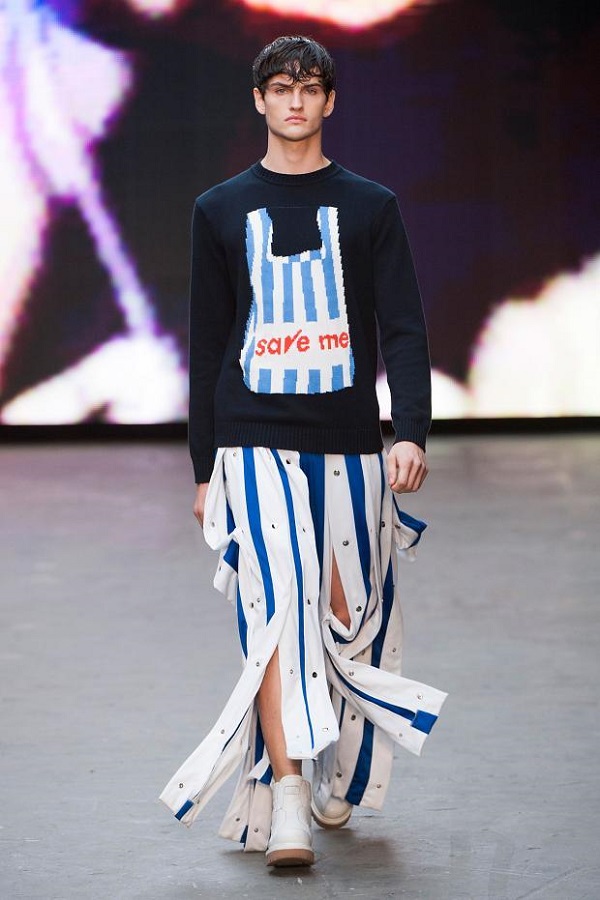