Within the echoing halls of the Old Sorting Office, guests sipped on cocktails handed out by gleaming models lined up at the door, while dance music throbbed through the speakers and campaigns shots were projected onto the walls. And this was just the pre-show waiting room.

Superdry’s London Collections: Men show was a star-studded affair with a pumping party atmosphere. It was the epitome of what the brand does best: youthful, urban clothing for a new generation of fashion conscious yet down-to-earth men.

Famous faces were spotted on the front row as attendees streamed into the scaffolded seating areas: Nick Grimshaw, Luke Evans, Rankin and Samuel L Jackson, to name a few. The collection looked to fashion classics with an irreverent adolescent twist; tough leathers thrown together with knotted plaid shirts, fluoro puffas layered over chunky speckled knits and graphic tees, while fur-lined parkas were grounded by heavy hiking boots, and faded denim paired with polished chelsea boots, which added a modish kick.

As the show finished, the after-party was just beginning, and many guests danced away into the early hours as Radio 1’s Nick Grimshaw took to the decks. 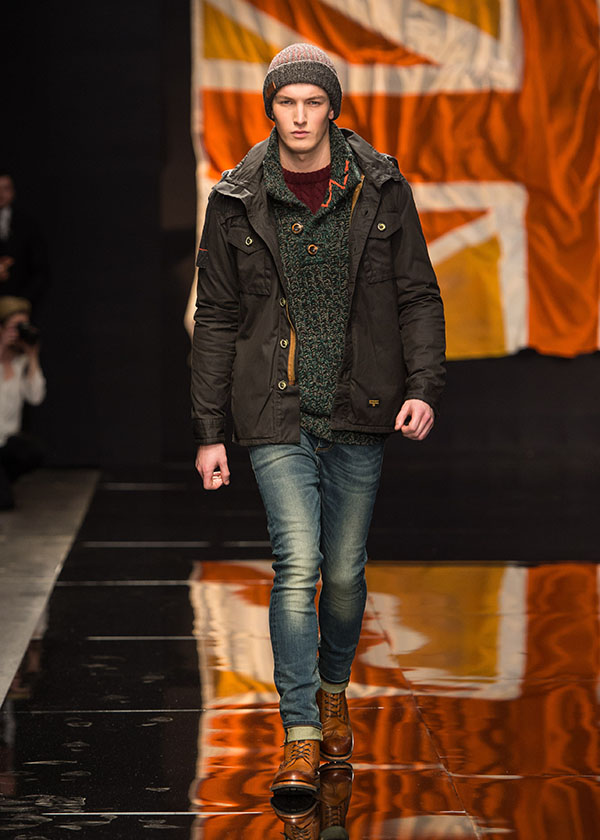 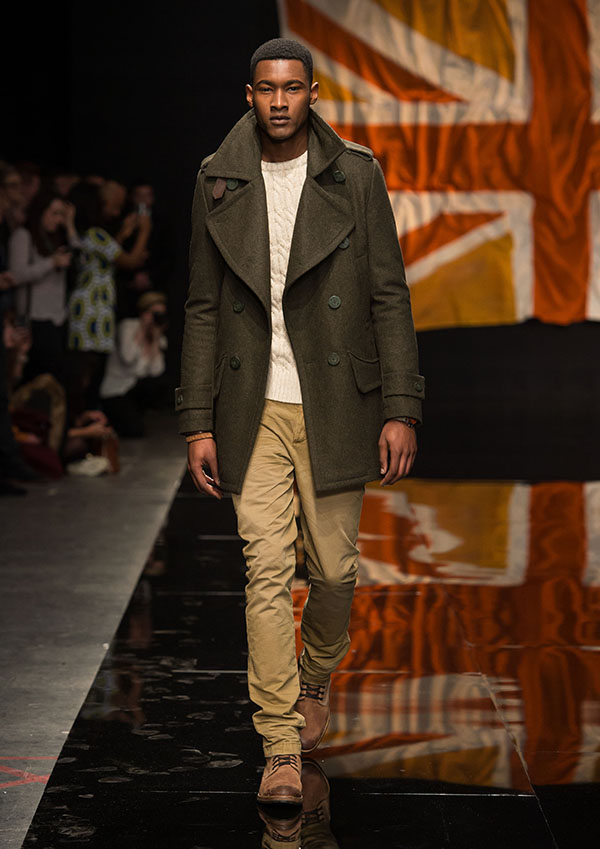 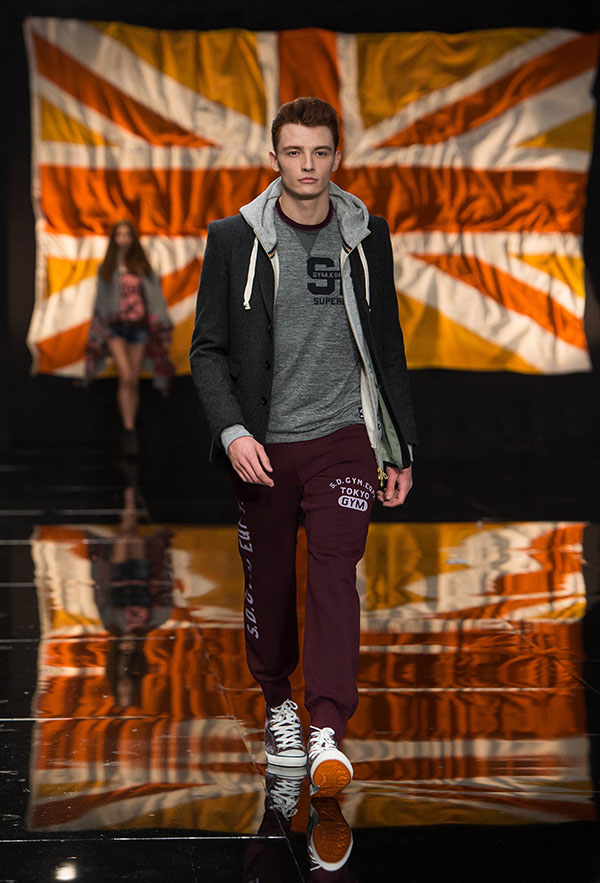 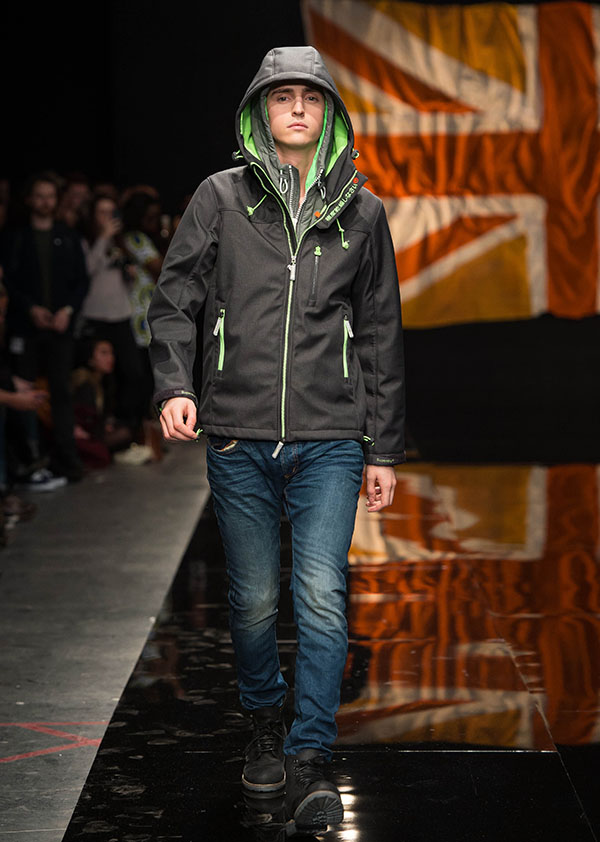 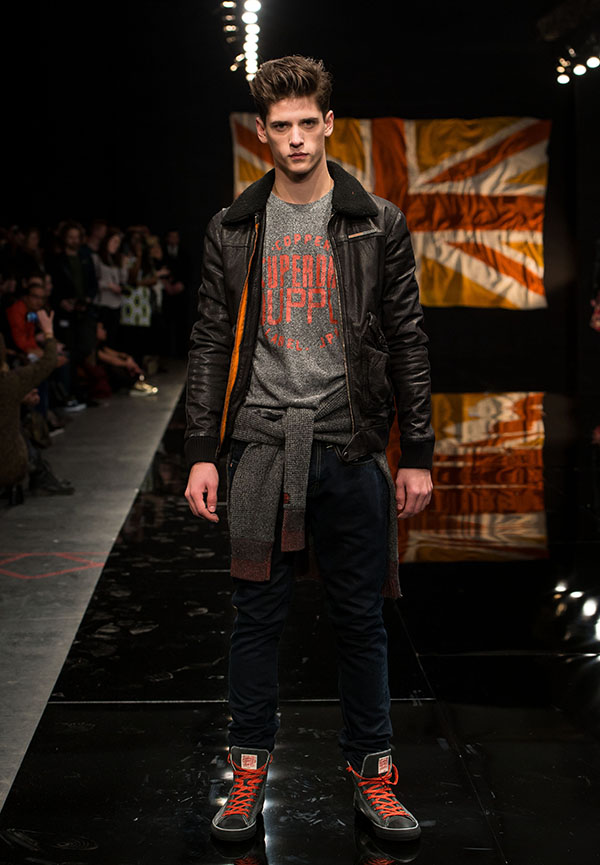