It was a brooding melancholy that pervaded Christopher Shannon’s daring and innovative Autumn Winter 2014 show, held at the blacked-out Sorting Office. As the models stalked the runway in Adidas trainers with tendrils of wet hair plastered to their face, it became clear that Shannon had embodied a cool grittiness that only London could truly inspire: think walking through 1960s tower blocks in the grey autumn drizzle.

Colourful knits emblazoned with cigarette prints were the first pieces to be sent down the runway, boldly setting the tone for the rest of the show. Old-school tracksuits, which became the collection’s central motif, followed – zipped-up to the chin, overlaid and haphazardly sewn together like deconstructed patchwork – while heavily linked chains and carabineers swung against traffic cone-orange crew-neck knits and leather shirts.

As the show drew to a close, the final looks sealed the deal: matching tracksuits, puffa jackets and 1970s floral curtain print shirts in navy, monochrome and vivid fuscia – an homage to horror-movie interiors. 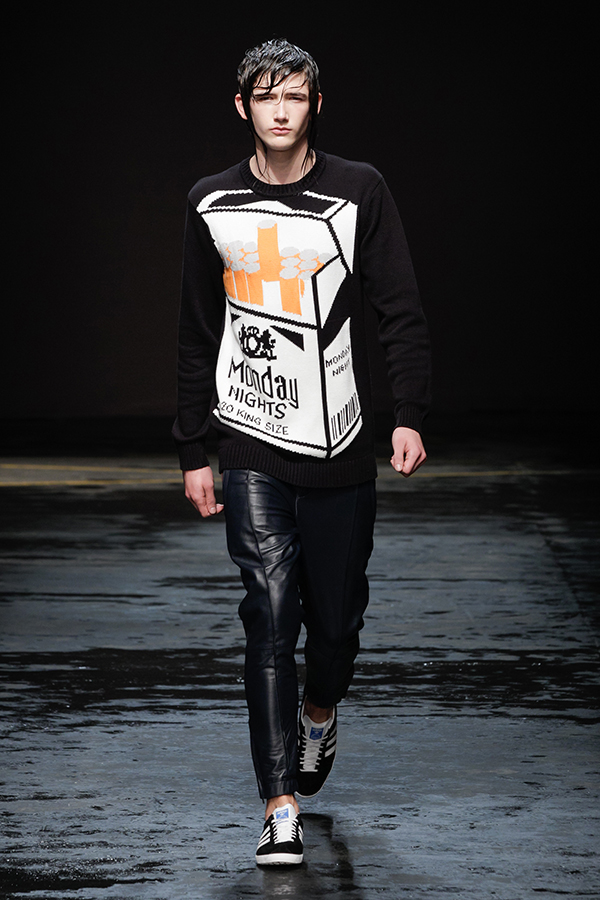 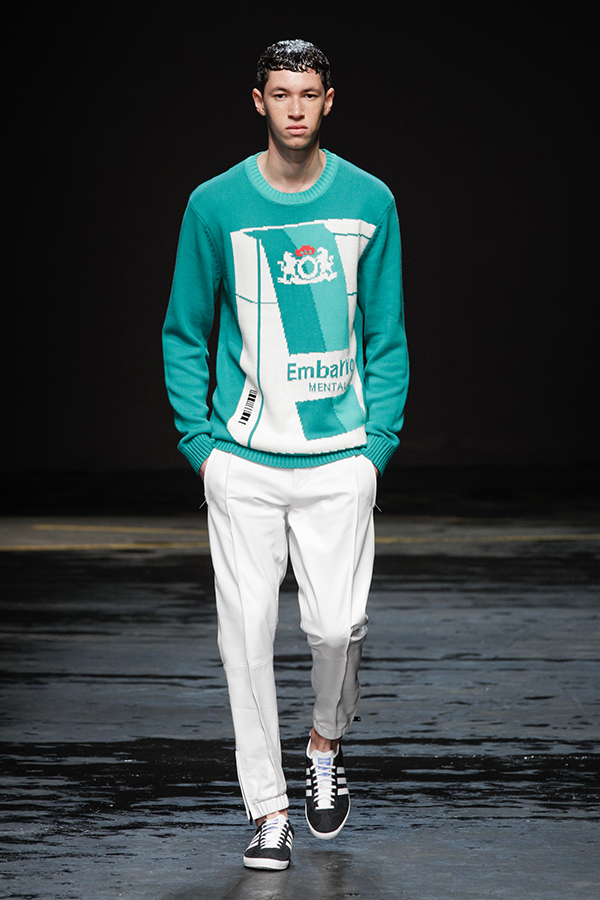 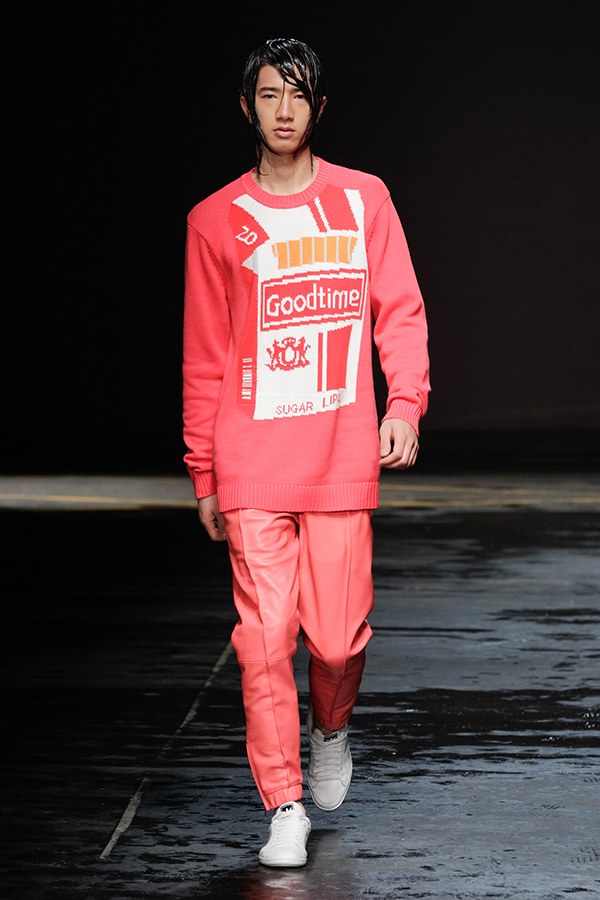 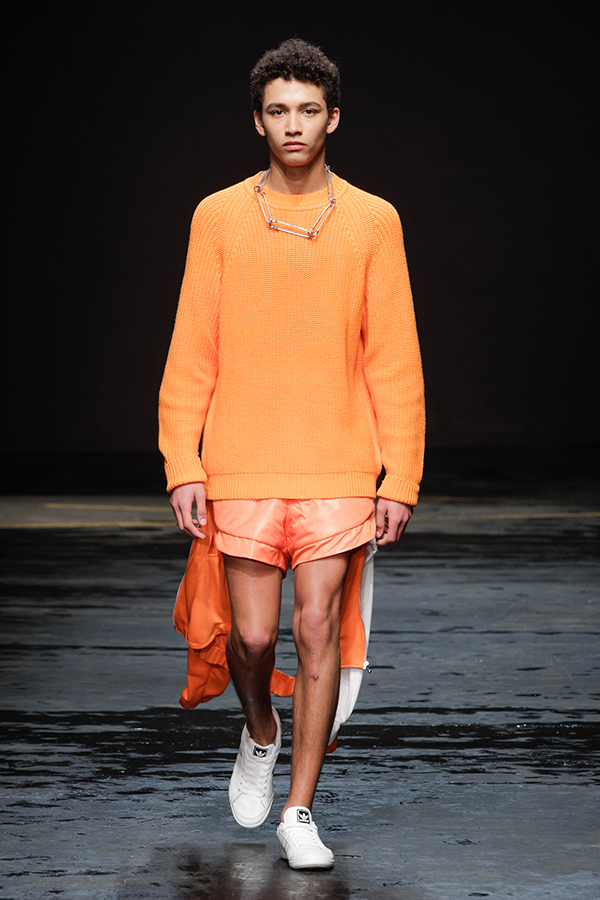 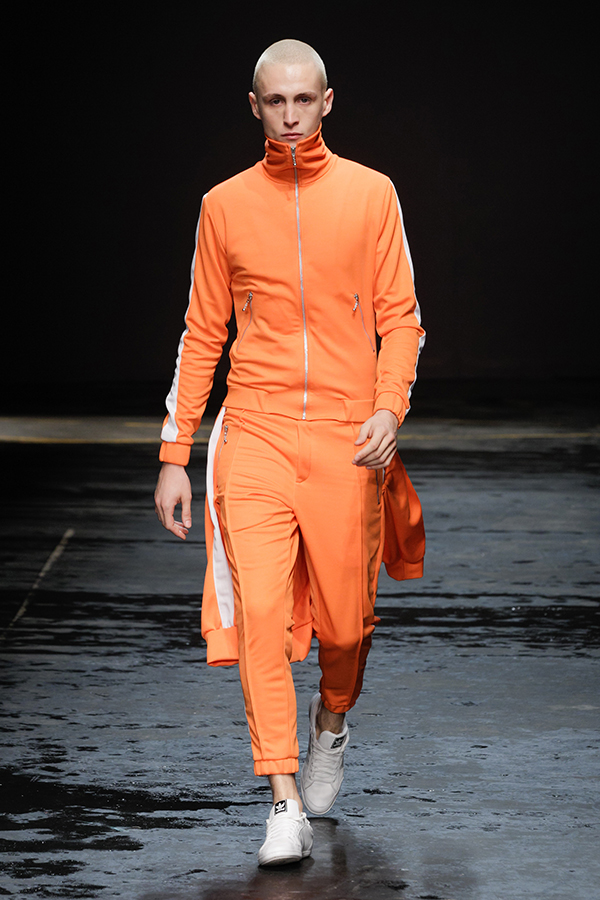 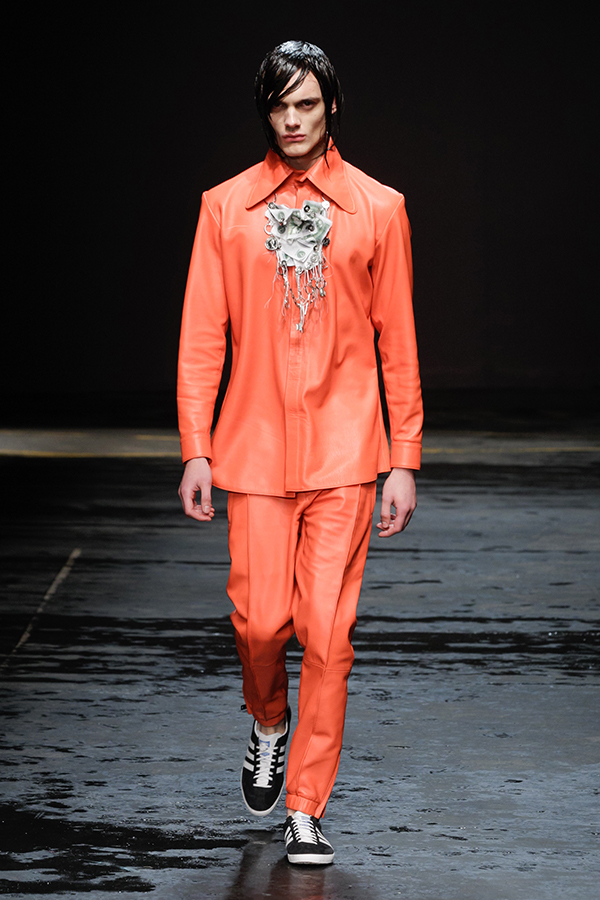 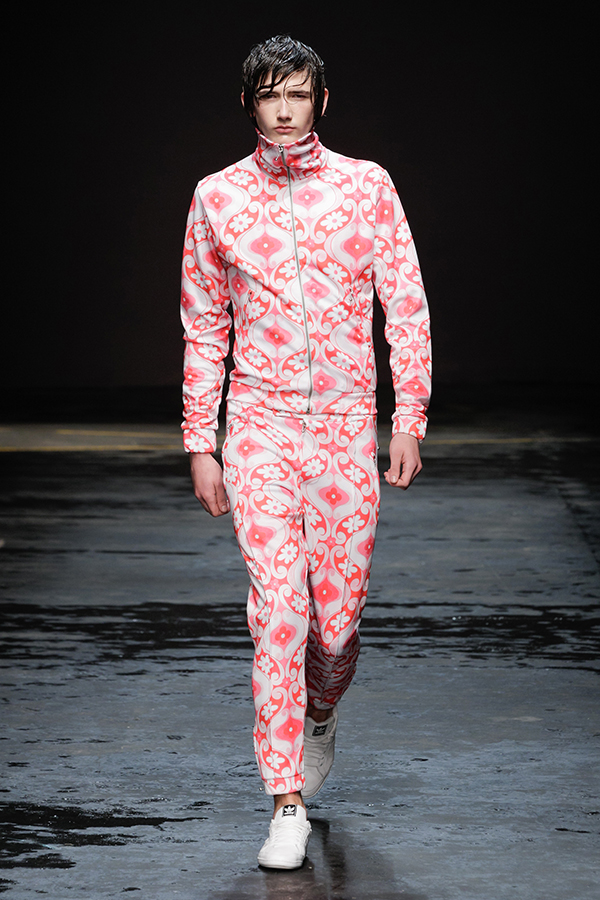 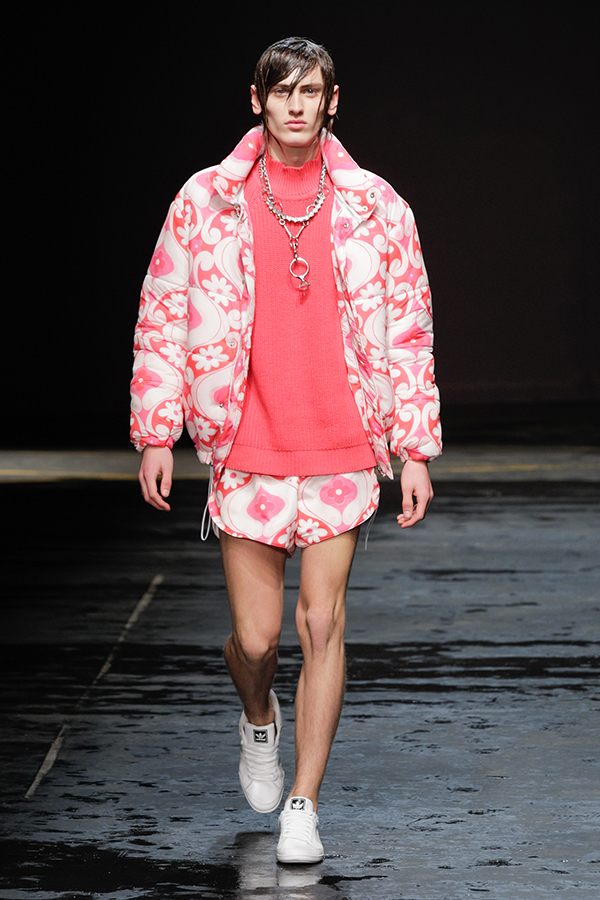 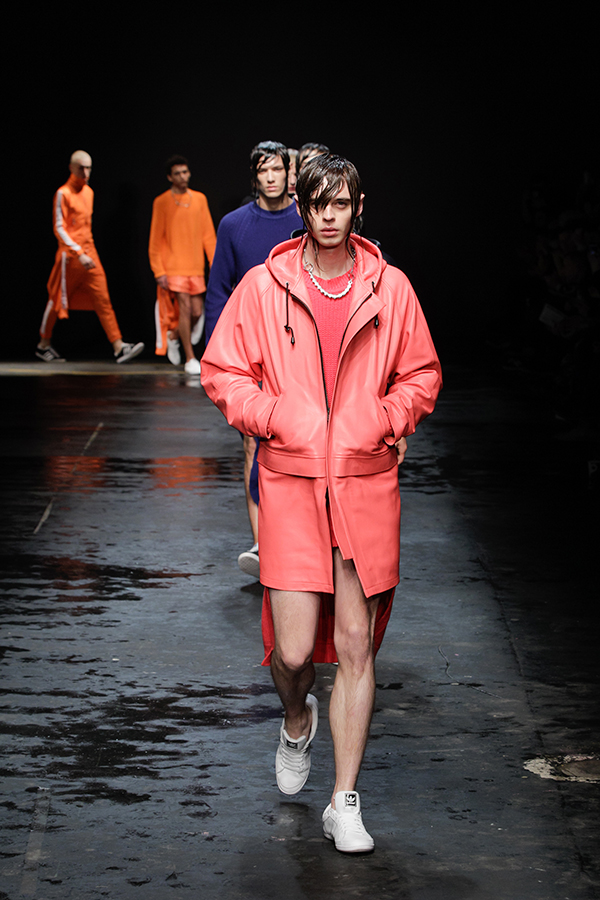