What I wore: A Graham & Spencer dress under a Mint Velvet bomber jacket, teamed with Upper Street by Nicole Smallwood shoes and my Whistles silver ruck sack.

The gossip: It was hilarious to watch all the celebs at Julien MacDonald’s show eyeing up each other’s outfits, clearly clocking the competition in terms of what Julien had lent them all to wear. Abbey Clancy’s face when she saw the red dress Millie Mackintosh was wearing was hilarious! In other news, Countdown’s Rachel Riley and Strictly’s Pasha Kovalev are definitely a couple after last year’s shows, and Tamara Eccleston is so thin!

FROW trends: Flats – lots of fashion editors were in comfy shoes, from flat forms and Birkenstocks to Nike flyknits. Heaven!

Big on the runway: Colour brights are huge for next season, as well as a very ethereal embellishment story, as seen at Marchesa’s 10th anniversary show. White is absolutely everywhere too.

Show of the day: Hunter for its innovation; set in a leisure centre with a digital swimming pool in the middle of the catwalk, projecting pixelated images of items floating in water. Genius!

Showstopper: It has to be Marchesa’s beautiful evening gown – every girl’s dream. 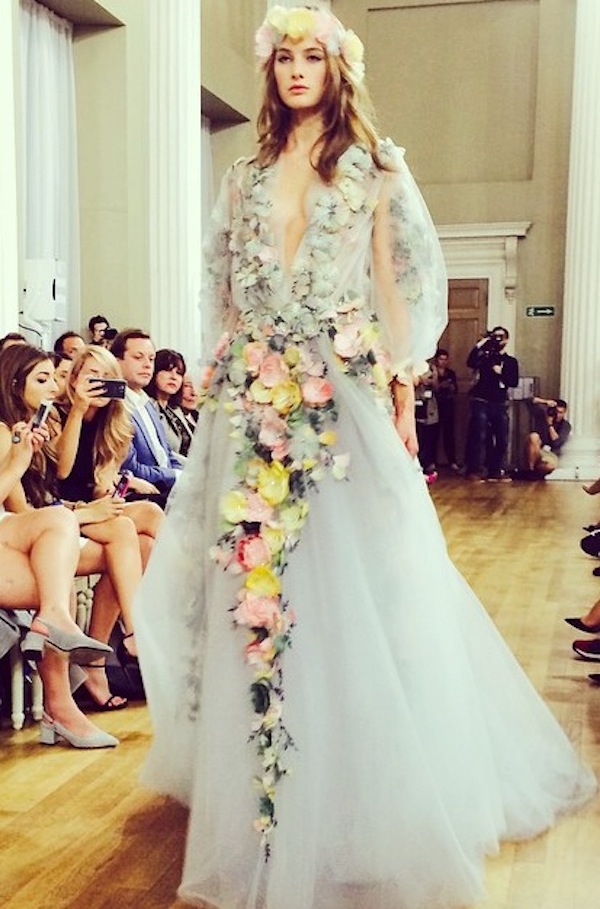 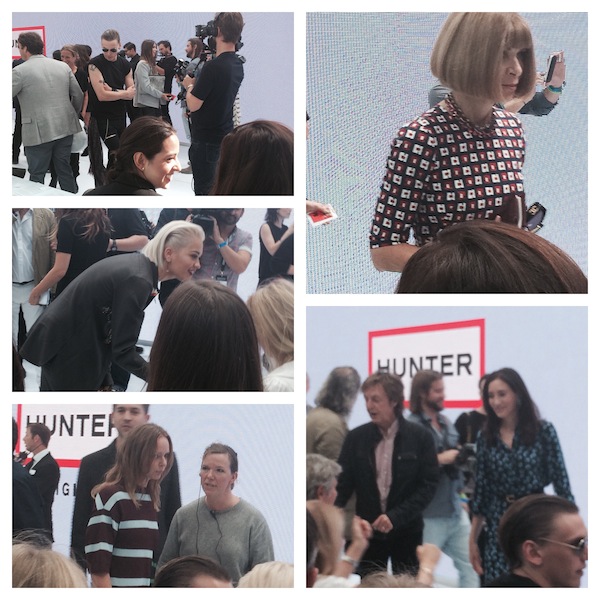 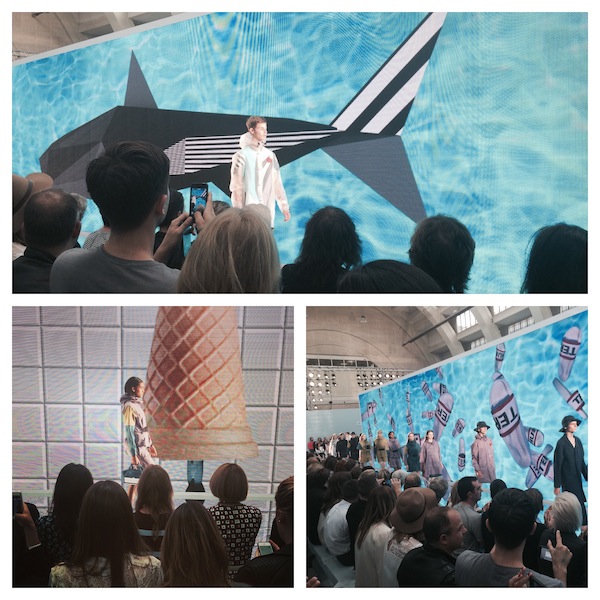