London’s trendy ME hotel was our base for talent spotting today, and for three desginers that caught our eye through true fighting spirit.

First up: Ethologie by Jaspar Garvida. Settled in with a champagne cocktail at Radio, the hotel’s rooftop bar, we were initially treated to a collection of well-groomed models in oversized sunglasses and cocktail dresses in a palette of navy, black and grey. Sound unadventurous? We thought so too, until we came across a full fur hood look. Inspired by both the harsh arctic climate and space exploration, Gardiva’s collection was made up of clean lines and geometric shapes in soft, rounded fabrics that evoked a nostalgic 60s vibe. The Ethologie girl is at odds with her environment but, armoured by medieval inspired jewelry, ready to tackle it.

This challenging attitude was also seen at sportswear devotee Charli Cohen. Renowned for her fitness and fashion creds, Cohen greeted with copies of Women’s Health and pots of yoghurt and granola – fashion-friendly snacking. Fierce models with fiercer looking abs stormed the runway in well cut sports bras and Oakley goggles to the voice of Brad Pitt reciting the rules of Fight Club. Indeed, this was Cohen’s own fight club, as looks strutted two-by-two to battle it out in the style stakes, accessorized only by taped feet. But who won the day? For us, it was a sexy-yet-sporty black swimming costume, teamed with a boxy silver poncho.

Last to tie into the theme was Little Shilpa’s, ‘Feral Nation’. Made up of combat ready fabrics in camouflage, neoprene, plastic and parachute silk, armour-like embellished looks  were draped over slow moving and unpredictable models in animalistic head gear, to illustrate our innate violence – apparently. Opposing society’s norms, the collection called for us to prepare for battle – and, to dress accordingly. 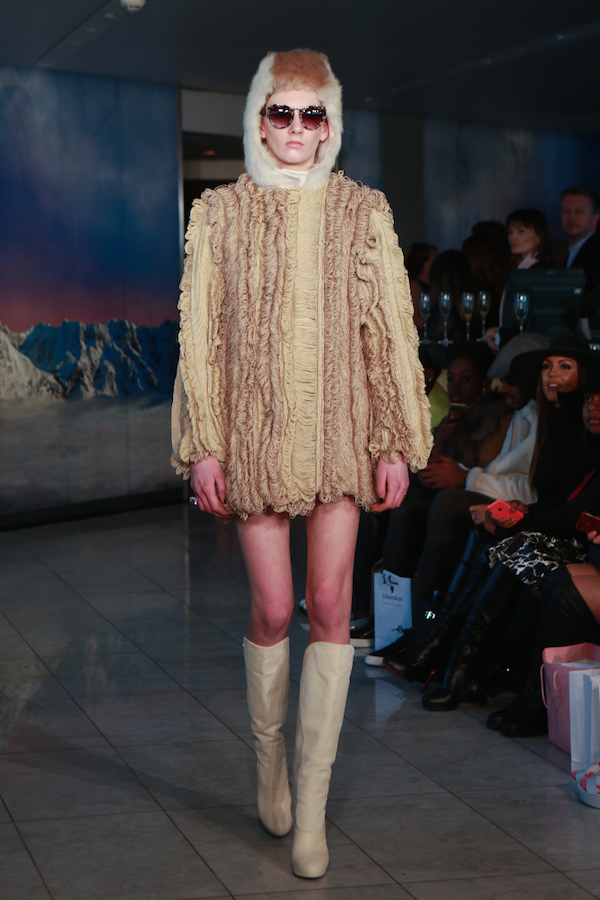 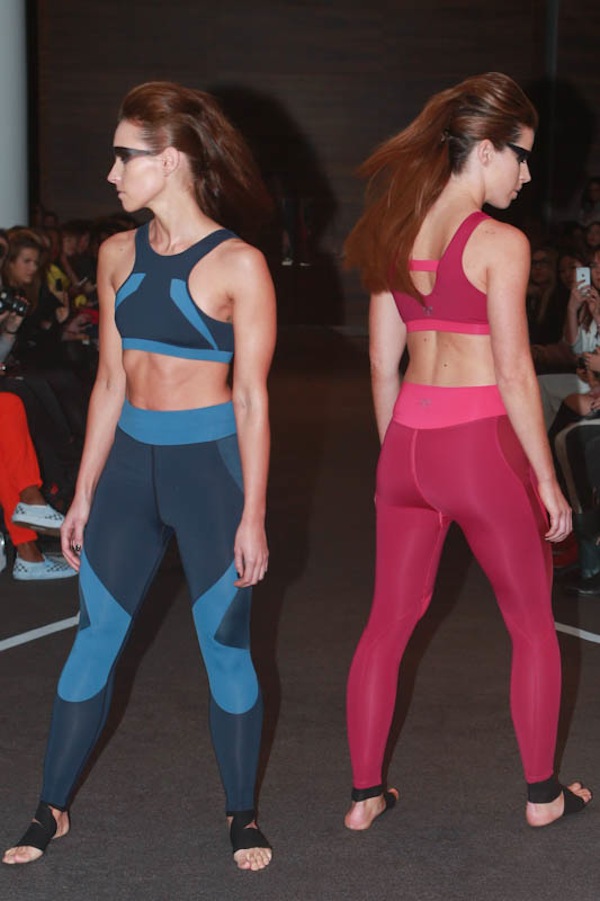 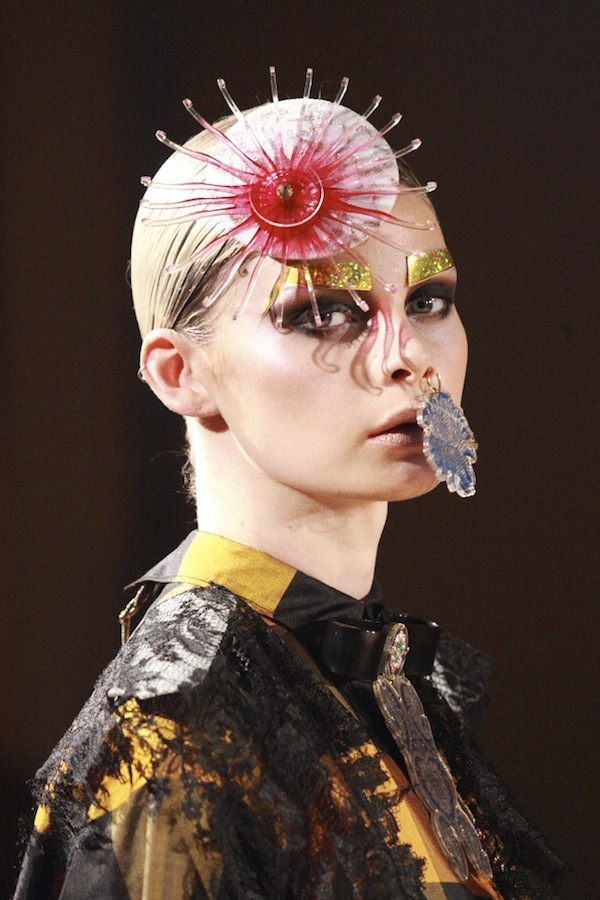