Lulu Liu’s AW14 collection possessed a bravery, elegance and style far beyond the label’s years, given that it launched just two years ago. 18th century China – specifically Empress Cixi from the Qing dynasty who, like Liu, introduced cultures to one another during her reign – became the bedrock for this eclectic collection. By looking to her culturally rich Chinese heritage in alignment with the feminine tailoring of European design, Liu created a unique aesthetic fusion.

As rain-soaked show-goers took their seats, proceedings began appropriately with the soundtrack of falling rain and thunder. Statement coats then hit the runway in imperial reds and crisp whites, gently pleated into neat origami folds and belted to create voluminous yet precisely tailored kimono-inspired silhouettes.
The watery impression of traditional Chinese painting wove itself throughout the collection, printed onto metallic scarves and flowing gowns. One of the pieces even interacted with the aristocratic portraits which lined the long catwalk space: a structured white top, ruched and bunched to recall the sort of billowing under-shirts worn by dashing gentleman in period dramas. 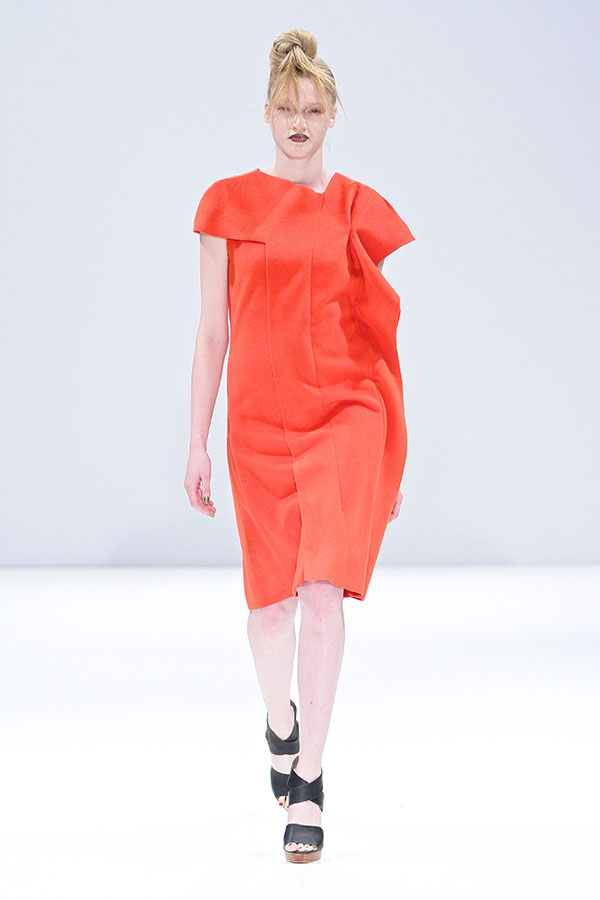 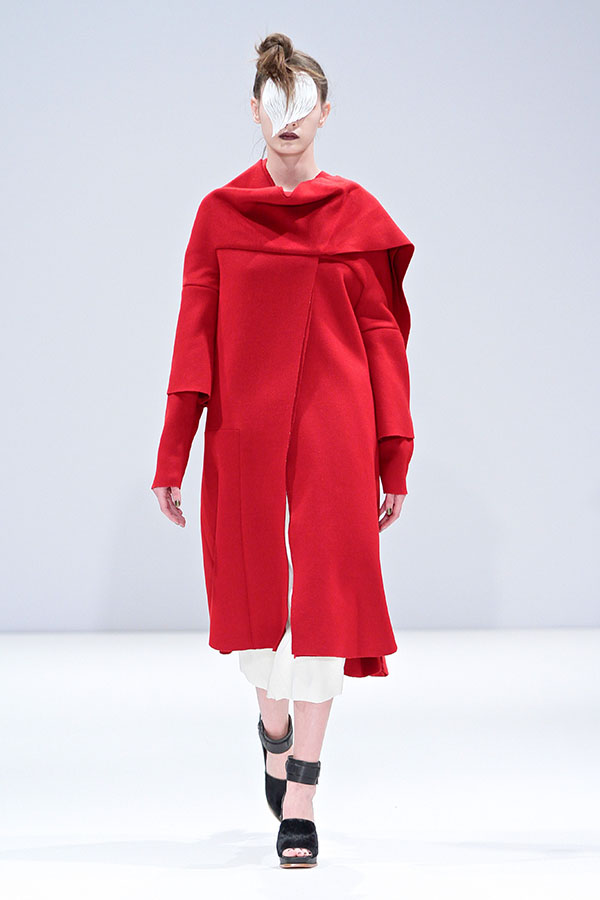 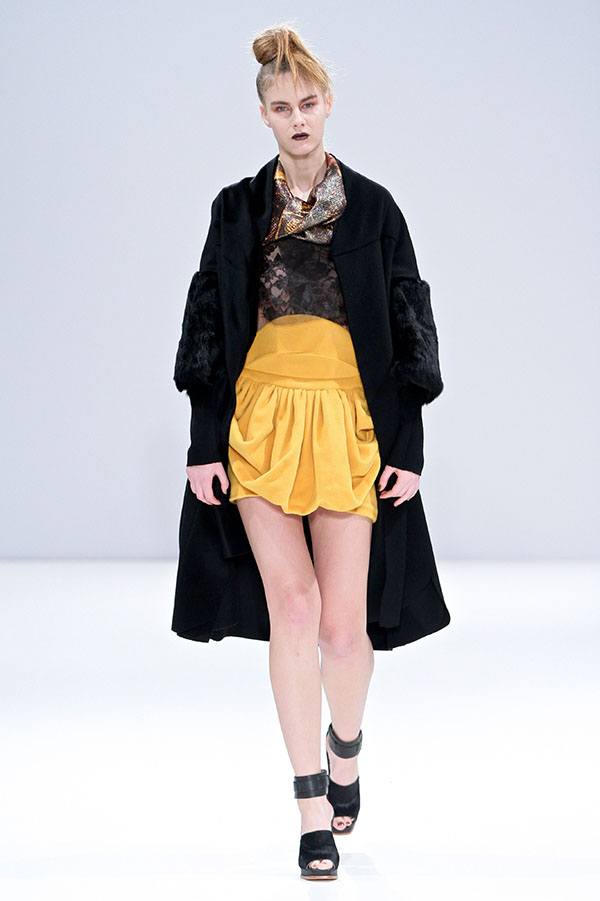 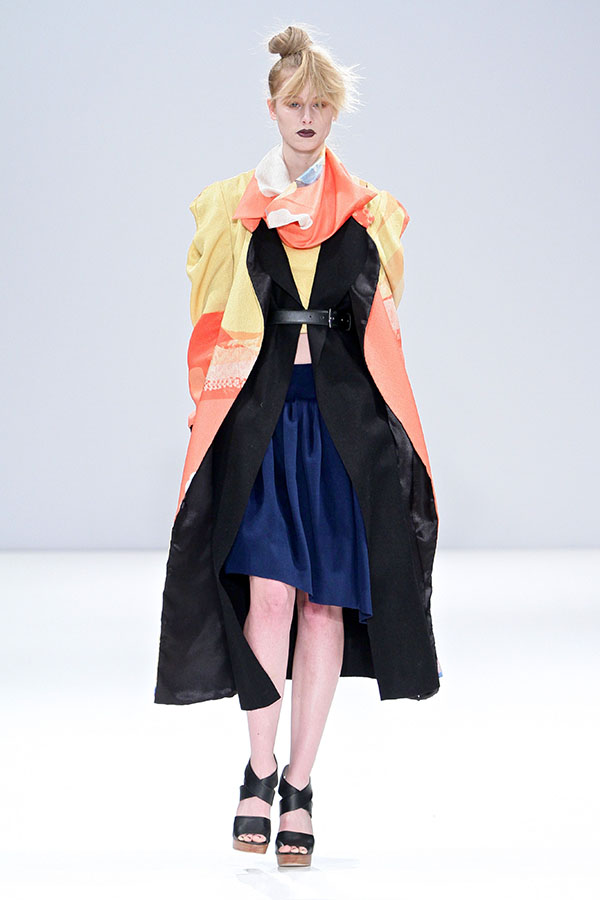 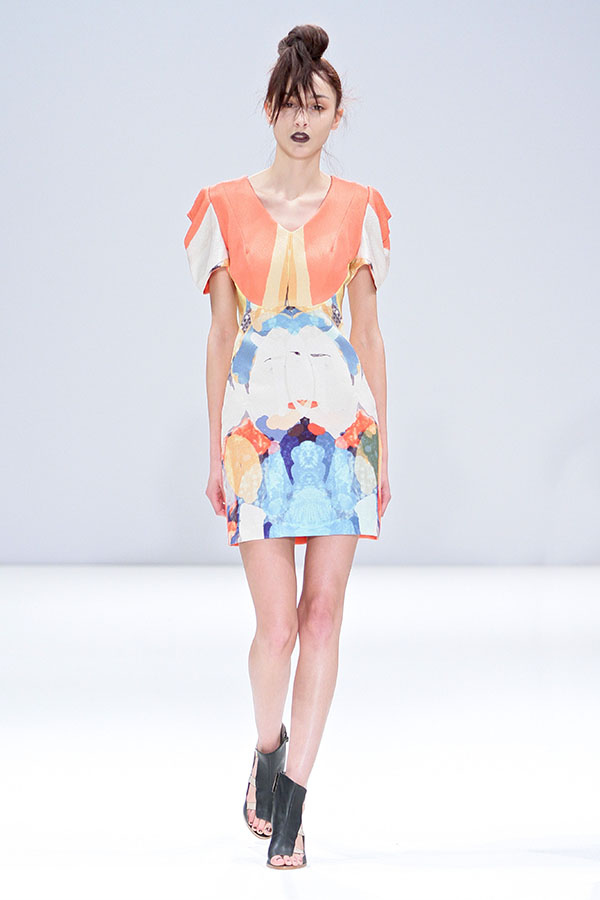 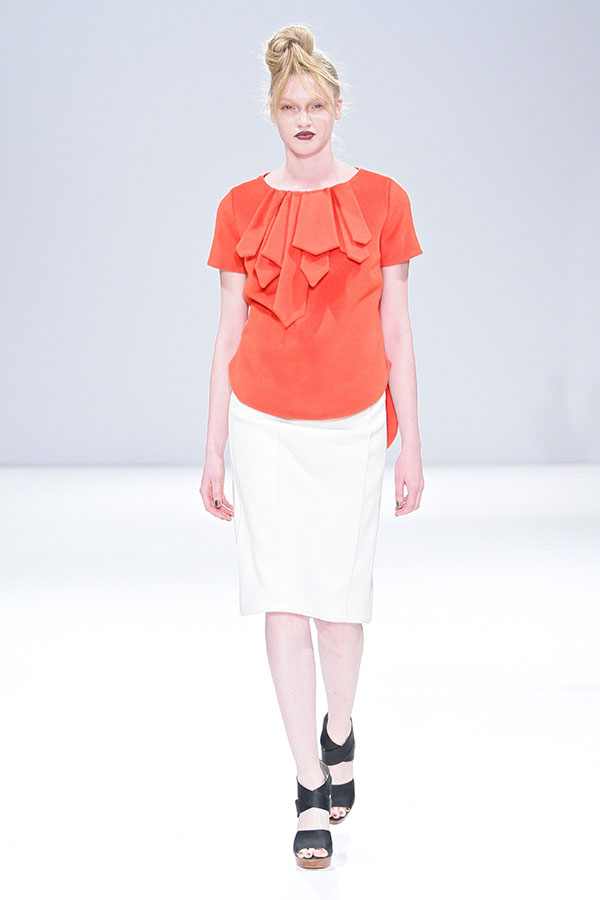 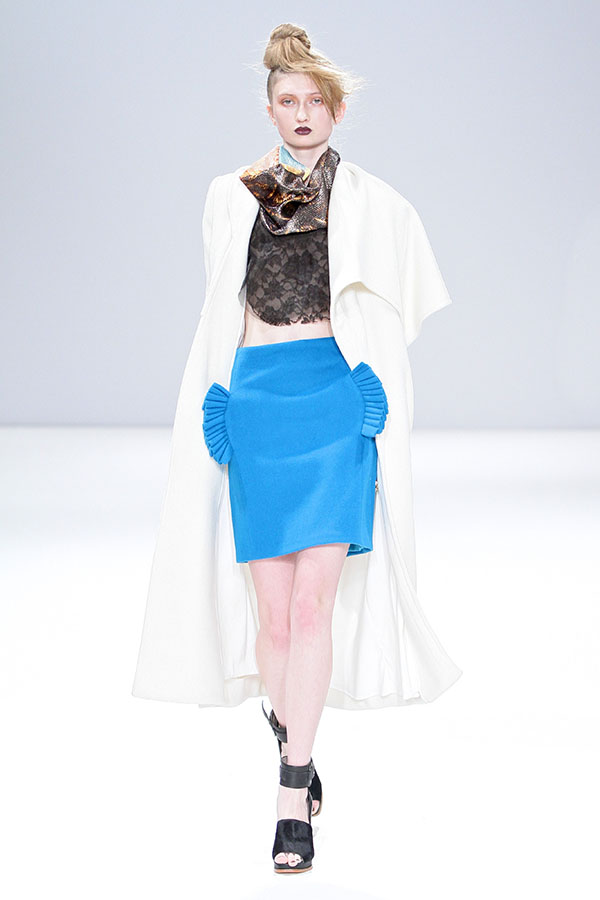 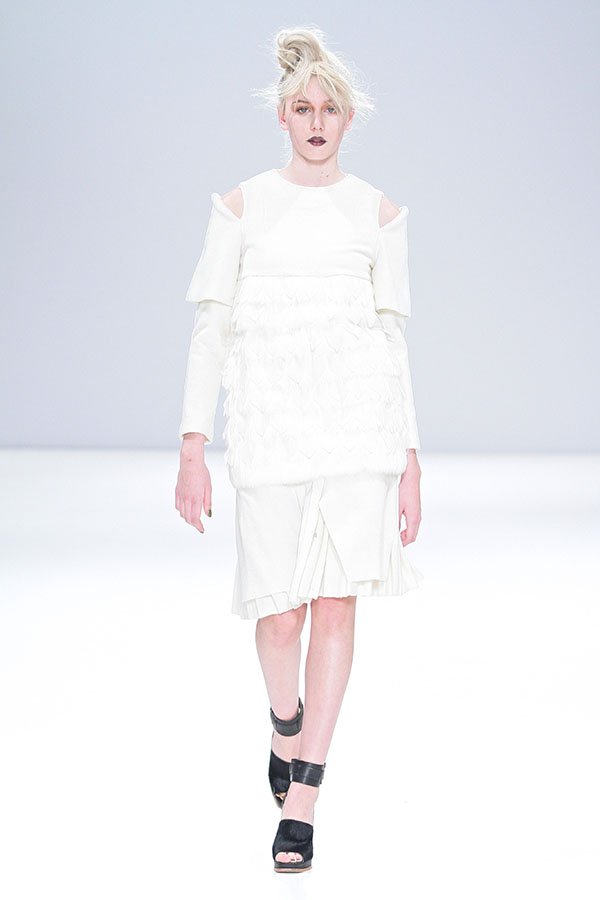 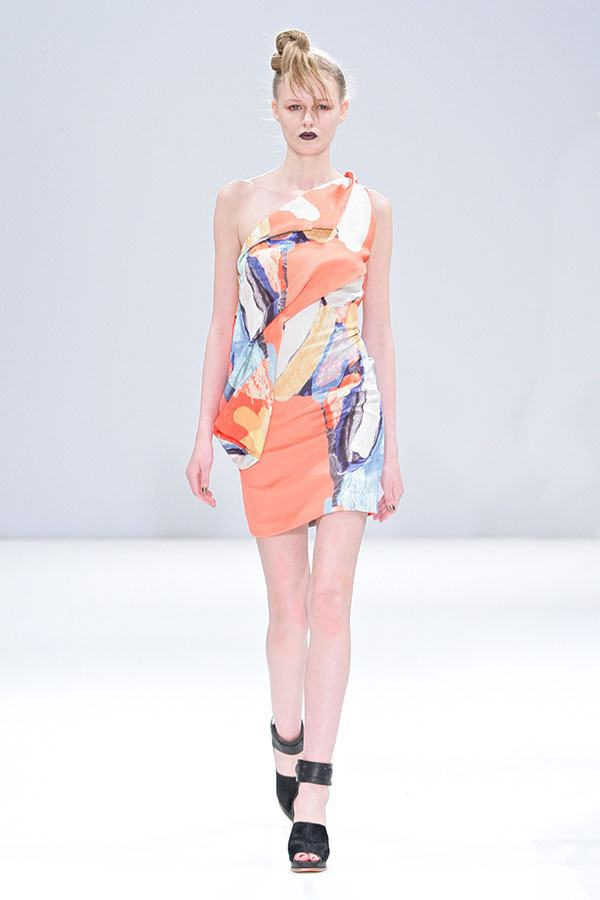 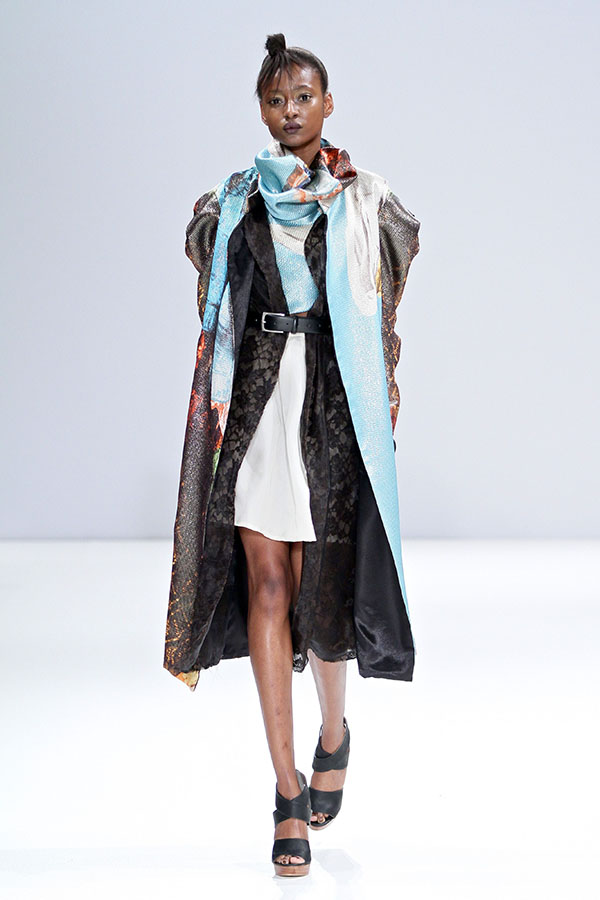 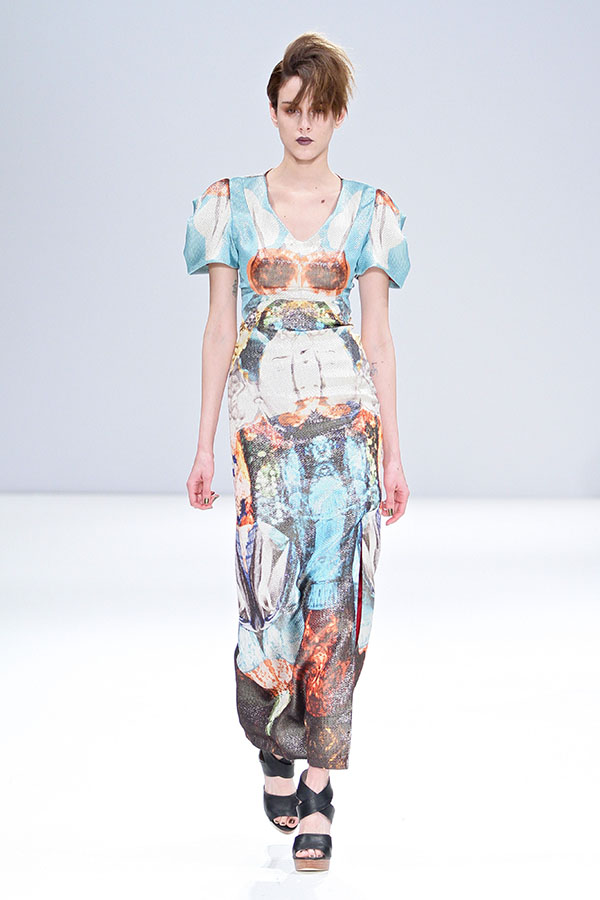 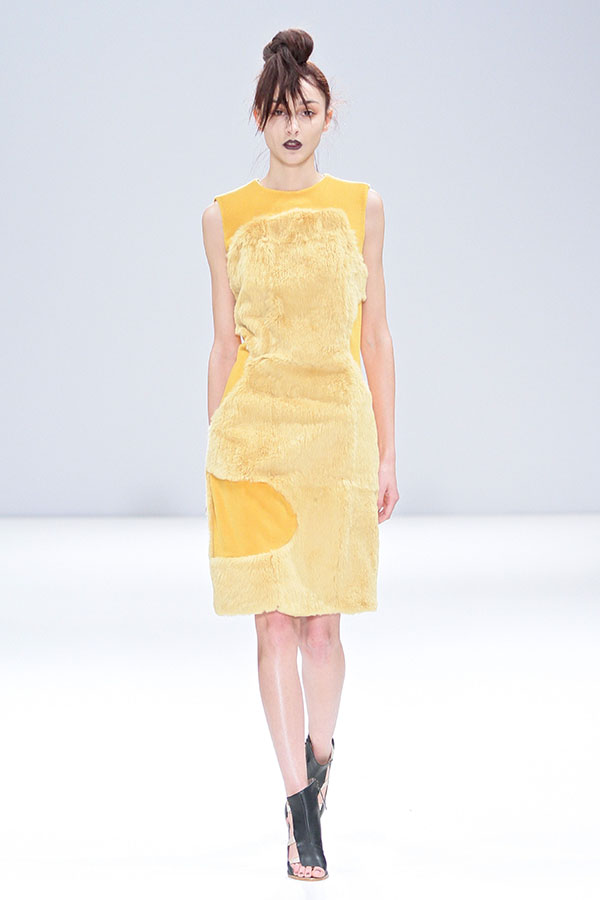