The thing about London Collections: MEN is its inherent London-ness. Instead of being cooped up in the polygonal bubble that is Somerset House for hours on end, the daily schedule consists of darting about the streets of W1. This serves a positive purpose, for it is London’s history, and its innate attitude, that people expect from this weekend’s shows.

So what better way to start this celebration of London (well, more Cambridge) style than with a visit to the Cambridge Satchel Company? Julie Dean, the founder of the six year old company, and recent recipient of an OBE for her services to entrepreneurship, is launching the brand’s first ever male-focused collection. Hand-stitched in Britain, the theme of the new all-singing-all-dancing range of man bags seemed to centre around the idea of ‘exploration’, with the map bag being the favourite of the new season’s offerings. The inspiration for which started with Julie stumbling upon a beaten up version of the aformentioned bag in an old-school vintage store. The evolution of the now international brand is evident, and they have big plans for increasing their global presence and exploring the international markets. 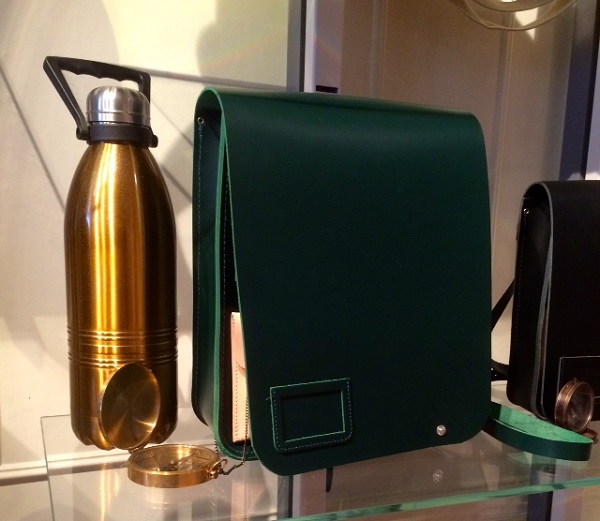 After a leisurely jog up Floral Street, it was time for U Clothing x Elgar Johnson’s digital presentation. The four minute film took a look at three London born boys imparting their wisdom on what it means to be young. Described as a celebration of youth culture, the film opened with Star Wars style rolling credits denoting that the ‘sound of the Breakfast Show theme tune’ was a sign of successful skiving, a past-time which imaginably invoked nostalgia among many audience members. Johnson, Man About Town’s Fashion Director, captured the boys’ unwillingness to grow up – and why should they? The presentation was a beautiful look into what it means to be young in a place as sprawling and diverse as London today.

But back to the clothes. One of Newgen Men’s stars, Kit Neale, sent out A3 invites which read ‘No Teddy Bears were harmed in the making of this coat.’ Although Kit Neale Joins the Circus was the title of the show, it felt like the beating heart of this collection was, again, a look at youth and growing up. In paintbox bright reds, oranges and blues, angel-faced boys clomped down the runway. Their tiny red pork-pie hats, and multi-coloured mirror brooches, were complimented by boy-like patchwork slogan jackets and tees, one of which read ‘the greatest show on earth’. The prints were a jumble of child’s alphabet brick letters, and the bags raw-edged and adorned with badges and patterns. Neale’s show closed humorously, with his host of pre-pubescent boys filing down the runway, each sporting a tee making up the words ‘Thank You LCM’, while a soundbite of a roaring crowd concluded what was not necessarily the ‘greatest show on earth’, but definitely a highlight of the day. 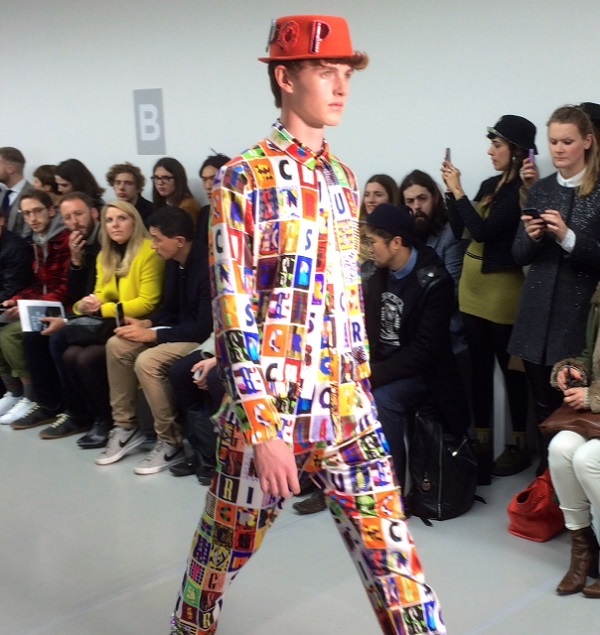 And across the corridor at the Alex Mullins presentation, the designer stepped away from last season’s hyper-patchwork trousers and acid wash torn denim into a far more simple 70s silhouette. With huge bellbottomed cropped trousers in raw edged denim, brown corduroy and sandy suede, with jackets to match, it was like the models had raided their parents’ wardrobe and pulled out the coolest clothes they could find. Add to this the rather inexplicable huge pink feathery worm running all over the studio space and a bunch of towering cardboard boxes, and you have what looks like a forty year old photograph from a party you wish you’d attended. 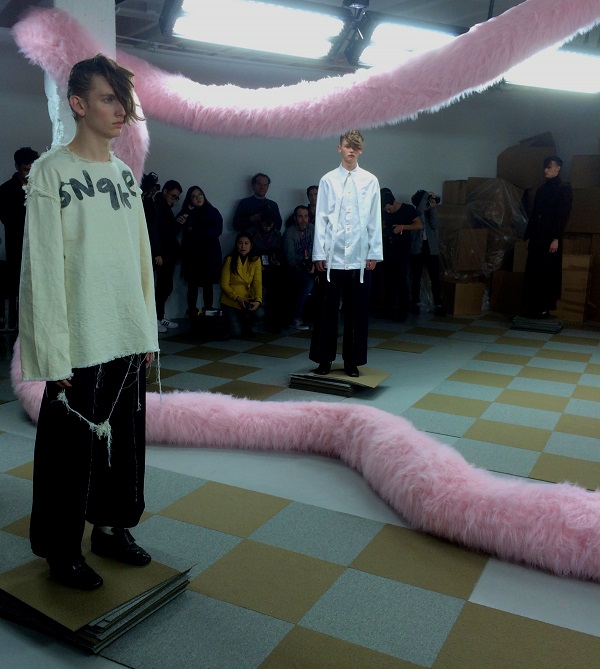 Straight up to soho, through London’s typical rush-hour drizzle, and Private White VC’s presentation was the most British way to the end the day. With uncountable years in its history, the brand which is now headed by Nick Ashley (son of Laura) describes the pieces as ‘techno-retro‘ – a vibe which was not so clear. Although there was nothing too exciting about the actual garments, with the Mechanic Shirt being an exception to this rule, there is something to be admired about a brand whose entire supply chain exists within a mile radius, somewhere in Manchester. With hand woven textiles, and hand-stitched pieces, Private White VC provides the wearer with a high quality, low drama wardrobe, that will (according to their PR) last a life-time.

One down, three to go. 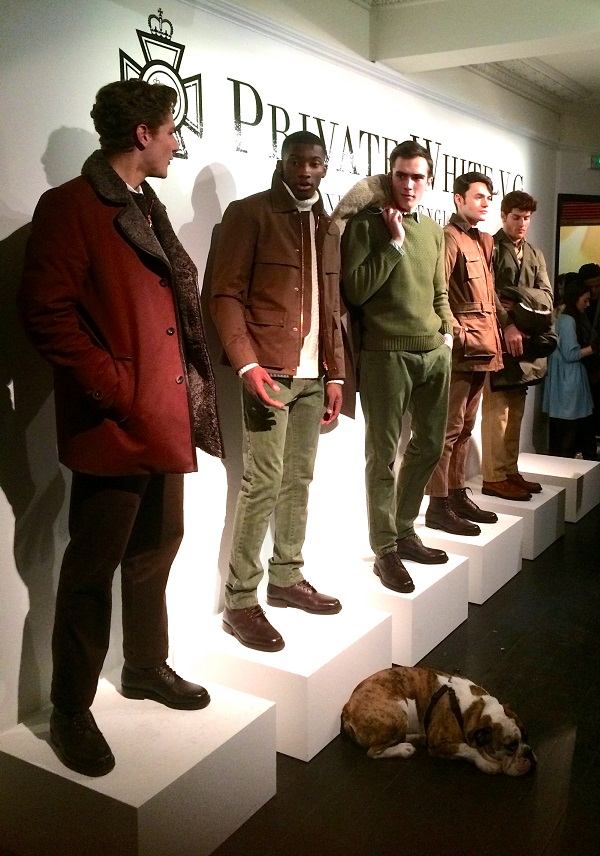