Few fashion partnerships feel as instant or natural as that between Anthony Vaccarello and Versus Versace. From his earliest collections, the Belgian-born designer has shown an aptitude for wearable sex – think monochrome palettes, slashed-to-there tailoring and shiny luxe fabrics – so it’s little wonder that he has joined forces with Versus, which aims to inject just the right amount of rebellion into our wardrobes. 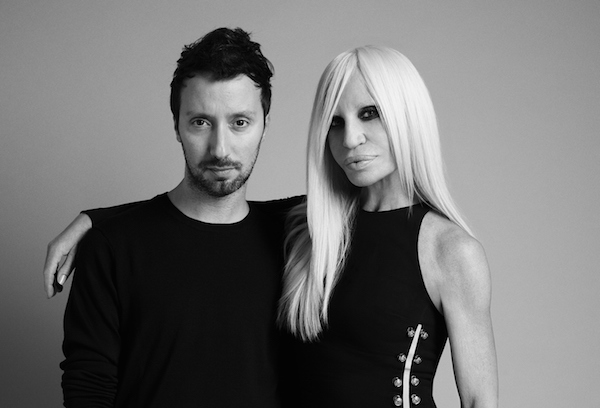 “I’ve followed Anthony’s work from his very first collection,” Donatella Versace declares, “as soon as I met him I realised immediately he was the one, he gets it, his talent screams Versus Versace. I love his fresh energy and innovation and I love being surrounded by a talent which brings newness to Versace.”

Vaccarello has insider fashion form – he won the Grand Prix accolade at the Hyeres Fashion Festival in 2006 and the 2011 ANDAM prize, chosen by a panel including Giles Deacon, Martin Margiela and Emmanuelle Alt. After a stint at Fendi he launched his own label, and produced a capsule line for Versus last September at New York Fashion Week. Now he will be responsible for both Versus menswear and womenswear, working closely with Donatella herself, and will make his debut with Autumn/Winter 2015.

Shop our pick of covetable Vaccarello pieces below – look out for his signature triangular skirts and his magical way with a collar – and get a glimpse into the world of the man himself on Twitter and Instagram.

Warning: not for romantic roses or shrinking violets.