On the eve of the publication of his first novel, Piers Alexander explains how he makes it work 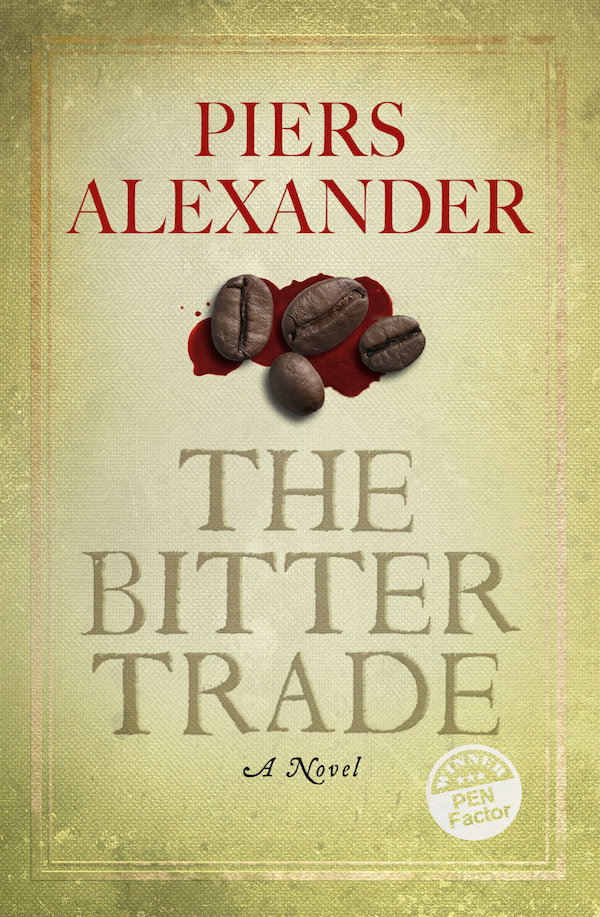 “So what do you DO?” is usually the first or second question you are asked when you meet someone new. “Well,” I say, and take a deep breath.

My main job is Time Traveller, actually. Two or three times a week I head back to 1692, sign up for indentured servitude, run away, get caught and branded, or have to defy a tyrant. I do also write stories, help people acquire companies, and look after my little group of startup businesses… by this point my interlocutor’s gaze has slid off my face and is gibbering in the bushes behind me.

“So you’re REALLY an event organiser, then…” Not really, no.

On Twitter, everyone seems to play multiple roles: mommy/blogger/librarian, guru/speaker/entrepreneur/sculptor. People want to be diverse, to defy conventional job definitions, to play at being themselves. But it can still be unacceptable to say so in person.

Of course, a lot of musicians and writers and filmmakers have a day job as well. Creativity doesn’t always pay the mortgage. But I deliberately choose to do more than one thing; so does my wife; so do many of my friends. I’m not an elephant-slaying adventurer like Hemingway, but I do wonder what I’d write about it if I didn’t also live, take risks, mess things up and generally keep trying new stuff.

My novel, The Bitter Trade, is about Calumny Spinks, a young illiterate who tricks and kicks his way up through society in 1688 London: from mercer to coffee racketeer to treasonous conspirator. He never stops long enough to get to know his father’s craft, weaving; and it eats away at him:

“Ours was the bitterest trade of all. Hiding in other people’s clothes, tricking and beating our thorny way through the world, and for little more than another day’s bread and water.”

Cal has a gift for mimicry, and it takes him further and further from his authentic self. I think that the modern obsession with pigeonholing people does the same thing, which is why so many people create multiple personas on social media.

My original idea was to write a conspiracy thriller set three hundred years ago, but each draft took me deeper into the ideas of knowing a trade, passed from fathers to sons. Cal always chooses the path of commerce over craft; but writers today have no choice but to learn both trades. Which throws up an interesting set of challenges. 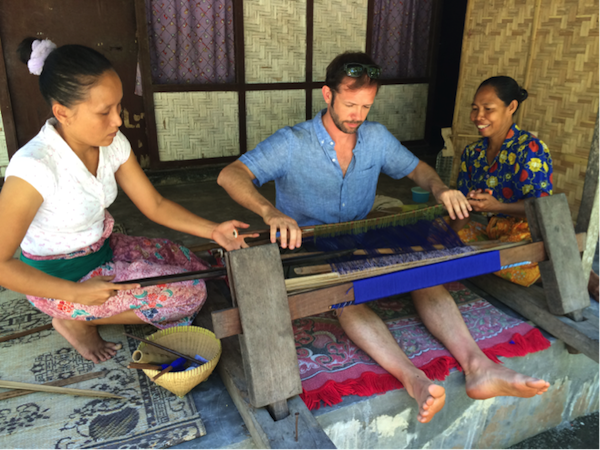 After writing about a London weaving family in 1688, I visited Lombok and experienced a much harsher craft with these Sasak ladies. Each family has their own pattern, handed down from mother to daughter.

Authors do readings and signings: everyone knows that. Authors also write articles, do speeches, present programmes. They write blogs, share their lives with their followers on social media and the web and Goodreads. They learn about search engine optimisation and newsletter response rates. In other words, we do a whole bunch of stuff that has absolutely nothing to do with communing with the Muse, immersing ourselves in the world of our characters, following our noses, crafting plot and prose.

For people like me, who know something about business and marketing, this is a double-edged sword. I know writers who are terrified and overwhelmed by it all, so it’s great to be able to speak to a PR person and know more or less what you want from them. But it’s also the greatest risk I face. How much marketing and PR can you do before you lose focus on the thing you love, which is to shut out the world, light a candle, pour a coffee and let the story tell you what it wants to be?

So what do I do? Author, entrepreneur… But that’s not who I am. I am what I am when I sit down to write, and I can’t put it into a job title or a salary bracket. It’s just me and the great feminine mystery of the universe, hanging out and travelling through time together.

The Bitter Trade is Piers Alexander’s first novel. He is currently working on the sequel, set in Jamaica in 1692. Also a serial media entrepreneur, Piers lives in London with the singer-songwriter and author Rebecca Promitzer.

The Bitter Trade is now on sale on Amazon and all ebook stores.