Theatre | Does Jude Law Do Justice To Henry V?

Henry V, Act 4, Scene 7. The King of England, engaged in the midst of a bloody battle with France, strides onto the stage with his nobles in tow, having just discovered that, against all codes of military conduct, the French troops have murdered the group of English boys left to guard the baggage. Henry begins:

“I was not angry since I came to France
Until this instant.”

In Jude Law’s mouth, it’s not quite the truth. Undoubtedly, Michael Grandage’s much-anticipated production of Henry V confirms that Law has the acting clout to match his looks. He offers a charismatic and charming portrait of a heroic warrior king, maturing to an outstanding climax towards the end of the show. But the smooth pitch of righteous anger that he maintains throughout the production made me long to see a little more of the conflicted young man underneath. 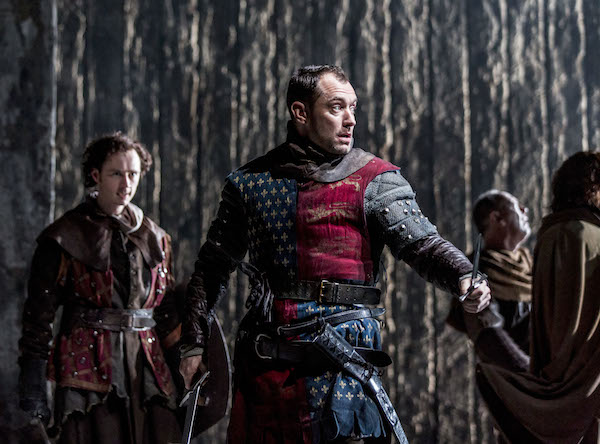 To be fair, Henry has a lot of reasons to be angry. The king begins by being offered a haughty insult from a messenger of the Dauphin of France; next uncovers a betrayal by three of his closest nobles, conspiring with the French against his life; and then faces a dangerous campaign on foreign soil against ludicrous odds.

And certainly, Law does angry well. You believe that he could rally a divided nation of reluctant soldiers into devoted followers. You believe that, boyishly handsome yet supremely comfortable in his lean, louche frame, he could win the hearts of a weary public. It’s just a shame that he can’t find a few more moments of doubt amongst the daring, a few more moments where we see the sceptical mind of the commoners’ champion peeping out from under the crown.

The tensions that make Henry intriguing – the conscience of a man already well aware of the cost of royal escapades to ordinary English men and women, the insecurity of a youth only recently and reluctantly thrust on the throne – are all too often drowned in Law’s boys’-own gusto. Even in the opening scene, where Henry debates his right to launch a potentially cataclysmic war, we get the sense that he is already firmly plugged into his mission, and that nothing so trivial as doubt will get in his way. There is no real sense of internal struggle or decision-making – although Law repeatedly brings his hand up to his mouth, as aping a thinker’s pose will indicate his invisible brain whirr. 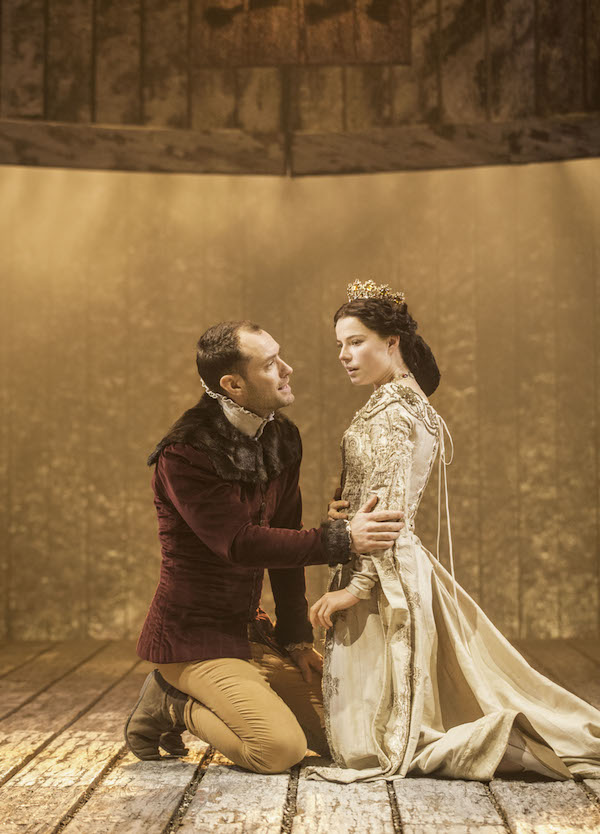 It’s a pity because, when Law shows us the human side of Henry in the final wooing scene, he’s brilliant. I’ve rarely seen a better take on the hilariously excruciating exchange as the tongue-tied king attempts to extract a promise of love out of Princess Katherine (a delightful Jessie Buckley).

There are other notable successes too. Ron Cook’s puffed-up old blusterer Pistol and Matt Ryan’s indignantly earnest Fluellen tease out every last note of comedy in the soldiers’ scenes; a welcome relief and poignant foil to the rest of the play’s patriotic bombast and death. Christopher Oram’s set, a weathered, Globe-esque wooden O, is elegant, simple and flexible, and his costumes strike just the right balance, nodding to the period without becoming distractingly ornate.

There are, however, problems with the verse-speaking from the rest of the cast. The energetic Ashley Zhangazha, as the Chorus, is typical – he has a fine relish for the music of the words but fails to make their logical ley-lines clear. When battle commences, we all too often get groups of men barrelling onto the stage, shouting stuff at each other. Their voices carry perfectly, but they simply don’t hit the emphases that make sense of the speech. It is laziness like this which can make audiences unfairly feel that they just don’t understand Shakespeare. But that’s the actors’ job.

Michael Grandage has chosen a clever swansong to end his directorial season at the Noel Coward theatre. This is arguably Shakespeare’s most accessible and humorous history, helmed by a hot A-lister with previous theatre form. It will no doubt be welcomed by critics and audiences alike. But I can’t help but feel there were some subtler, sadder gems to mine in this taut, glittering pageant of a show.