The ICA And The Quandry Of Free Membership

Should London’s arts institutions go all or nothing? 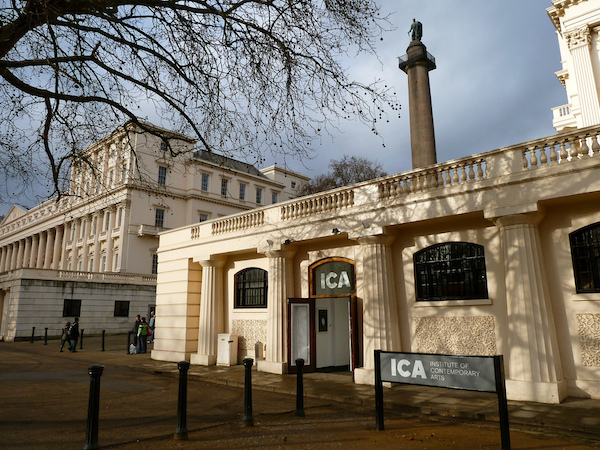 I was recently at the ICA for a meeting. It’s been a while since my last visit, and the sun peeking through the green oak leaves of the tree-lined Mall made my approach all the more pleasurable. I can’t be the first person who has thought that the Institute is in rather an odd location – closer to the House of Windsor than Hauser & Wirth – but it was nice to be back.

The entrance was busy but not bustling, with its matt white paint rather reminiscent of a private hospital. The meeting was scheduled to be in the ICA cafe; no problem, I thought, the cafe must be by the shop, at the front of the building. In fact, it is deep within the building, and only accessible (along with the exhibition space) by paying £1 into a small perspex box to obtain “Day Membership”.

Inevitably, I wondered why I had to make this “donation” which isn’t, of course, a donation. The ICA was originally a membership organisation, to which one had to pay to gain access. During the polarising tenure of Ekow Eshun, this structure was scrapped in favour of free access. Now, under Gregor Muir, the institute has reverted to its member-funded roots and it’s to that effect that visitors, aka “Day Members”, are obliged to pop a quid into the box. However, in the same way that global politics has moved on since the days of Checkpoint Charlie, art has  moved on since the first age of ICA being a membership organisation.

I’m sure that the ICA’s quid-in-the-box makes some people feel that they have to prove something in order to access its collections. It’s like the visitor has to publicly show that they deserve this art through making the contribution. By putting a coin on the box, you’re proving that you have an appreciation for this stuff that mere visitors to the shop simply don’t have. Maybe the ICA should have two boxes: £2 for people who don’t “get” the Turner Prize, and £1 for those who do.

What really frustrated me about this symbolic exercise was a particular logotype, displayed on some of the institute’s walls and on its website. The logotype says “Funded with public funding from Arts Council England”. How does charging for access help with ACE wanting to bring more art to more people? Perhaps I’m being too binary in my thinking, but galleries should either charge for access, or have that revenue stream entirely supplemented by public funding.

The ICA wants to have its (admittedly rather delicious and moist) cake and eat it. ACE funding should absolutely eliminate the need for the donation for any gallery. No ACE funding should leave the institute to being entirely membership-funded, to which day visitors would need to pay a tenner or whatever.

Of course, I’m playing around with the very notion of funding and contributions. ACE funding helps millions of people to walk through the doors of galleries up and down the country, and to pay either zero or much less than would normally have been the case. However, if the revenue derived from ticket sales is greater than the investment, then who wins? If it’s funding, then it’s the venue, as they get to keep it. However, if it’s investment (ie on commercial terms) then perhaps ACE should claim its margin.

The next time that I visit the ICA, I’m going to pretend that I’m a wealthy Russian, newly arrived in London, living high up in the Shard. I’ll tell the reception in my good-but-slightly-broken English that, as a collector of modern art, I am intending to make a sizeable donation to the ICA and would like to take a look around. I’ll be looking forward to being welcomed throughout the ICA’s glorious circus of contemporary art, and told by the gallery director not to worry about finding a £1 coin to put into the box.

Seriously, though, let’s either scrap the £1 entry fee or make the ICA fully commercial. The current situation is neither fish nor fowl.