Chris Moon Talks Us Through His Dreamy A-List Oils 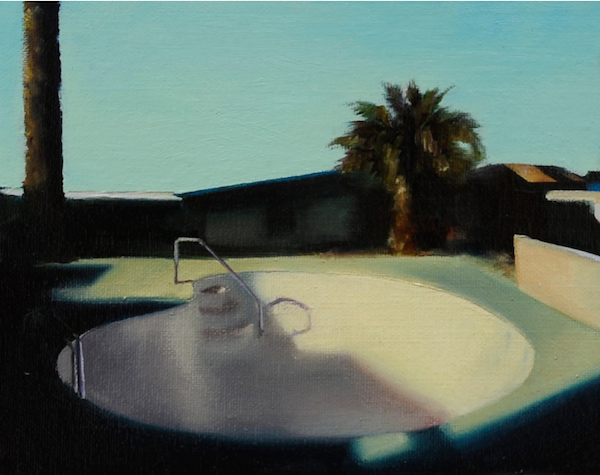 Moon’s lack of art school training has proved no barrier to his carving out an enviable niche as the purveyor of deliciously dense, dreamy oils with a stark, haunting heart. His current exhibition, A Splendid Isolation, which grew out of a three-month residency in California, features a series of landscapes that are mange to be both vibrant and desolate. Capturing the state’s abandoned motels, forgotten towns, forlorn pools and hollow parties, Moon paints in the occasional abstract figure, drenched with their sense of place. This is Edward Hopper on a woozy beat road trip, with Salvador Dali at the wheel, and it’s a gorgeous ride. 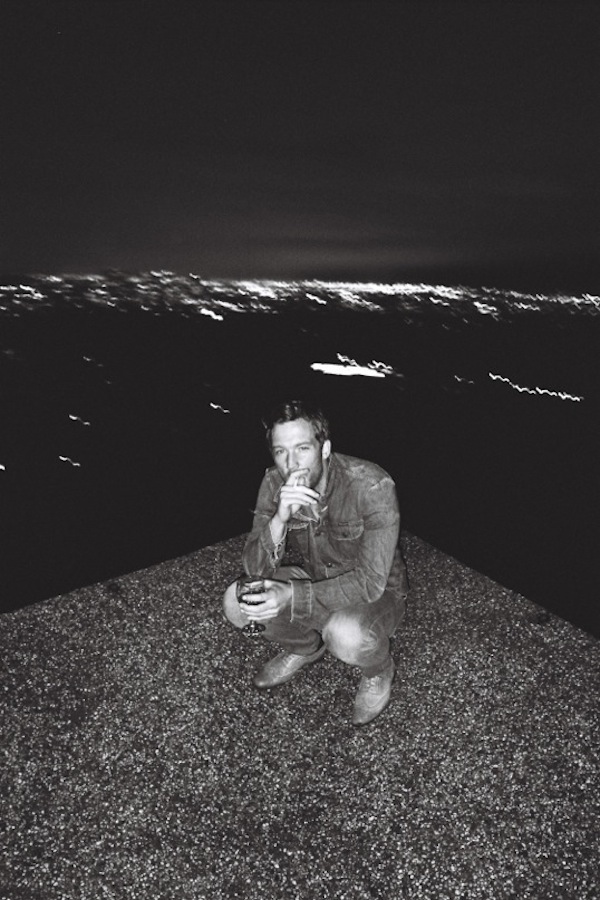 In an age of Instagram gratification and commercial pressure, Moon is an obsessive maverick, reworking each painting countless times. He has been known to near-complete a work before scraping it back down to a single mark and starting again. The layered narratives that emerge are mesmeric, and his burgeoning, celeb-heavy fan base agrees; half the paintings had already sold before the private view opened on Thursday night.

If you’re at loose end tonight, we strongly recommend you head along to his free Q&A with Francesca Gavin, Visual Arts Editor of Dazed and Confused, taking place at the gallery at 7pm. However, the exhibition runs until 6th April, so you’ve got a couple of weeks to head over to catch this heady new talent.

PHOENIX took the opportunity to have a word with Moon and find out what makes him tick.

You’re based in East London and precious collections have featured that area. Why LA, why now?

For a start it was meant to be a break, but as paint never really leaves my side I found myself in a studio in Downtown LA throwing it about. I was in a magazine out there and I decided after that to extend the visit, break my ribs surfing, get a van and disappear for a while. It was nice to create work that I didn’t have any real ties to apart from preconceptions gathered from my youth. It was nice to just try it out and dip my toes. 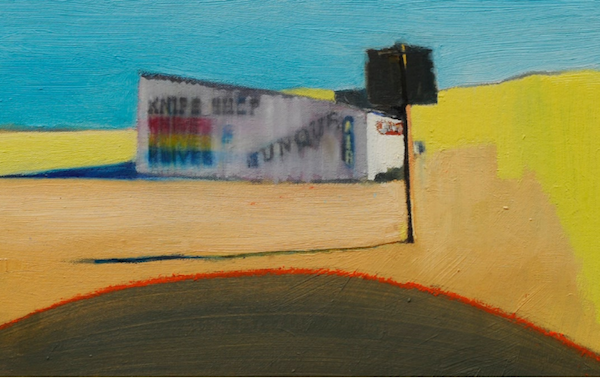 Which was the most difficult painting to complete in the collection?

The whole body of work has been reinvented so much, it started as a travelogue in paint – which frankly bored the shit out of me – and as all work starts with yourself this was soon to change. I was almost painting with a history I didn’t have for the place so it wasn’t a comment on America. I soon realised I had to almost characterise what I saw  and not recount it, so it became more of a feeling for the place rather than the place itself.

Talk us through your painting process, from idea to finished result.

Reinvention in paint can be the longest process, the years of not showing work helped me find this destructive path to finish. Before what I felt as hatred I can now use as a technique and in a lot of this work a very simplistic image could have a very different past. It could start as the physical embodiment coming full circle and ending in a clash of sometimes three or four different narratives.

What other contemporary/upcoming artists do you rate?

Most of the artists I like are either all dead or dying. I’ve not left my studio for 14 months so I’ve not really seen anything new apart from the interior of pubs, and there’s no good art there. 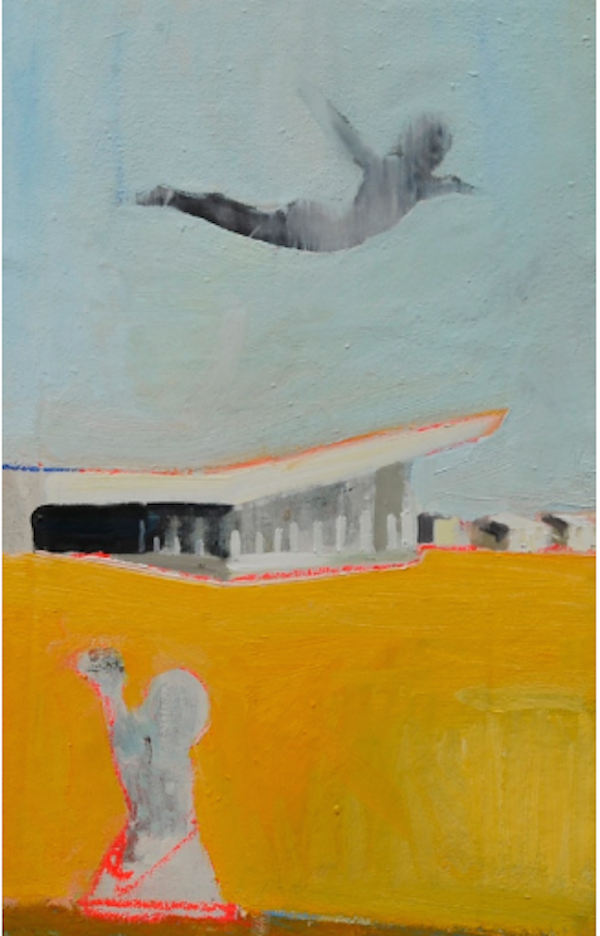 What book, song, film and dish would you recommend right now

I don’t have any real time to read as I work constantly, living as half man half biscuit. There’s a good Chinese up the road.