Can art galleries learn to embrace the possibilities of a digital world? 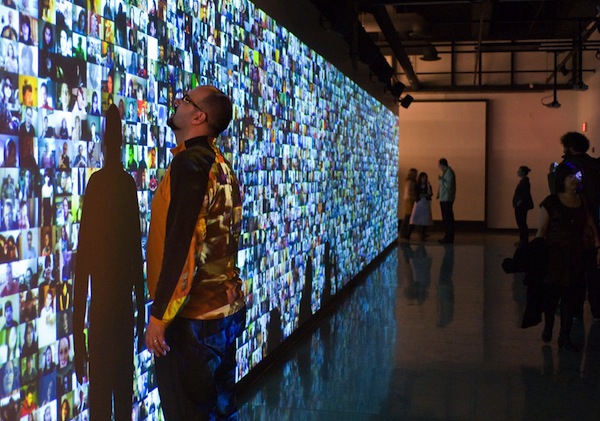 The internet is bursting at the seams with innovative art.

However, if we look further afield, we see that it’s artists that are the real owners of this “advantage”. Artistic works which use the internet, creatively or functionally, have been shown for many decades. Digital art has helped to shape the online world in which we now live; how we use and experience it; and society’s wider understanding of media. Whether digital art is a genre in itself is an ongoing debate, but it’s clear that we have much to be thankful for as far as the works, thoughts, and struggles of digital artists are concerned.

So it’s perhaps surprising to consider that, while the works take advantage of our networked age, their galleries and sponsors are not so quick on the uptake. While the artist thinks about networks at a macro level, their gallery is often still focussed on the micro: how many people from the area they can get through the door, will the local MP turn up, and will the local paper run a piece on the exhibition. There is a tension between the physical gallery and the virtual work. Galleries have a physicality, a presence, which does not immediately lend itself to a worldwide marketplace.

This means that organisations which do take advantage of this global reach are able to confidently stick their head way above the parapet from afar. New York digital art organisation Rhizome has started to understand its brand value; Seven on Seven, an arts/tech event series which recently ran its latest event in New York, is sponsored by companies including ad agency Wieden + Kennedy and mobile manufacturer HTC. Rhizome has understood the power and reach of its brand, underlined by the clout of its sponsors, and is bringing Seven on Seven to London. It takes place in November at the Barbican, an organisation whose recent Hack the Barbican event demonstrated an almost fanatical intention to become involved with the digital side of arts and culture. 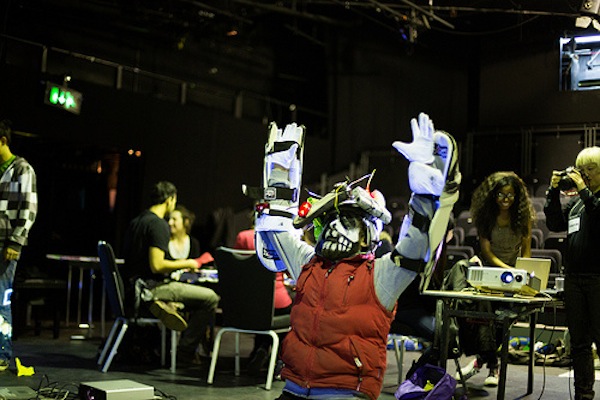 Rhizome is fairly well-known around the world, but this is its first event outside of the US. Does it represent the metaphorical tanks on the lawn? Should British digital art galleries and organisations feel worried?

Perhaps.  In understanding that, by supporting and exhibiting networked culture, it is also a networked brand, Rhizome has developed a legitimate global identity. Seven on Seven probably delivers a good whack of new revenue into Rhizome, so there’s certainly a commercial reason for it to hop the pond. But its success can be viewed as an opportunity as well as a threat.

The opportunity is for British galleries and organisations to take this prompt build their own names, their own brands, to a global, interconnected, networked audience. Locality should never be discarded, of course; galleries should, and must, be part of a community. But, over time, galleries and organisations need to see themselves within a global, digital arts ecosystem rather than simply a local or national one, and consider what opportunities might exist for them to be, or be part of, something bigger. Investment needs to be made into the organisation’s brand, into curating internationally-important work, and supporting artists around the world.

It all takes time and money, of course. But galleries, organisations and audiences need to start broadening their horizons if they’re not to be left behind.