How To Write A Novel In Fifteen Years

Still trying to get that award-winning story on the page? Debut author Daniel Mokades offers aspiring authors a word of advice. 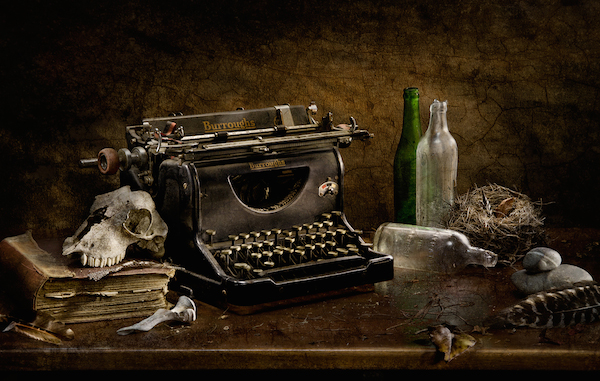 Fifteen years ago I decided to write a novel.

It was a fantasy novel and it was going to be amazing.

I sat down and eked out twenty pages of brilliance. There was one marvellous moment where an angry wizard shook his fist and shouted “Dragon’s Teeth!” because he was so angry. That was especially brilliant. I looked over the rest of what I had written with great satisfaction, stuck it in a drawer and left it there.

I went to uni. I wrote comedy shows. I chased girls. One of them puked on me. I learned to DJ. I fell in love. I scraped a 2:1 and I set up a shisha pipe business.

Then one day I was looking through some old stuff and I found my twenty pages of brilliance. ‘This is great!’ I thought, so I mashed out another ten pages loaded with even more incredible ideas. I felt very pleased with myself. Then I stuck it all back in a drawer again.

More years passed. I stopped shisha-ing and started djing full time. It was good at first but I did it for too long. It became isolating. My friends were getting real jobs; when they were working I wasn’t, and vice versa. I became sad when I heard Billie Jean or Push It. It was time to step away.

I did a TEFL course and moved into teaching for a while.

Then one day, I dug out my novel. Some of the writing seemed a bit…showy maybe, but the ideas were good. I resolved to finish it. Starting, er, soon. Very soon.

I stopped TEFLing and got a Real Job.

My job was going well. I wrote and filmed a sitcom. I did another comedy show. I could listen to Billie Jean and Push It again without wanting to hurt myself.

Then I thought about my fantasy novel. Quite a bit of time had passed since I’d looked at it. One Sunday, I opened it up, and read everything I had written.

My writing was a masterclass in everything that was bad about the genre.

There was even a hideous moment where a wizard shook his fist and shouted, “Dragon’s Teeth!” because he was so angry.

I liked the ideas.

I liked the ideas and I wanted to know what happened next.

I realized that I would never know, never truly know, unless I wrote the rest of the story.

And that’s when I got serious. I negotiated an extra month of unpaid leave, put it together with my other holiday and then I went at it properly for six weeks.

It took four more years to finish it.

On this fifteen-year journey I learned a few things.

1) Don’t create and destroy at the same time. If you’re writing, write. If you’re editing, edit. Gag the inner critic when you’re getting stuff down.

2) Poundland is your friend. Yes it is. Stay with me. They sell these “achievement charts” for kids. They’re exactly what they sound like—tick off each day as you do a Good Thing and get a reward at the end of the week. IT WORKS. I DON’T KNOW WHY BUT IT DOES.

3) The hardest word to write first is always the first word that you write. Write that one word and things will get easier.

4) Play Mariokart a lot. A LOT. Smoke Shisha. Go out. Stay away from your computer. When you’re in front of your computer take frequent breaks to browse reddit. There are some very amusing pictures of cats. Make sure you see ALL of them. Perhaps send some to friends who will appreciate them. Open your file and get ready to work and then realize that you don’t have a cup of tea. Close the file and go and make one. Realize that you’re a bit peckish too. Make a snack. Call a friend. Pay some bills. Go on Amazon. You need something from Amazon. Better go on there now and figure out whatever it is that you need—you’re sure to need something. Check if Deal or No Deal is on. If it isn’t on yet, may as well watch the end of Countdown. See what Rachel Riley is wearing. Marvel at her impeccable dress sense, her brilliance at mathematics and her heavenly body. Maybe catch up with a mate tonight. Get some writing done tomorrow. For sure. Hundred percent. Everyone has to take a break sometimes right?

Follow these tips and in fifteen years you’ll have written your own novel. Probably.

Daniel Mokades is the author of Conflict, Part one of the Master Smith cycle, available now on Kindle.