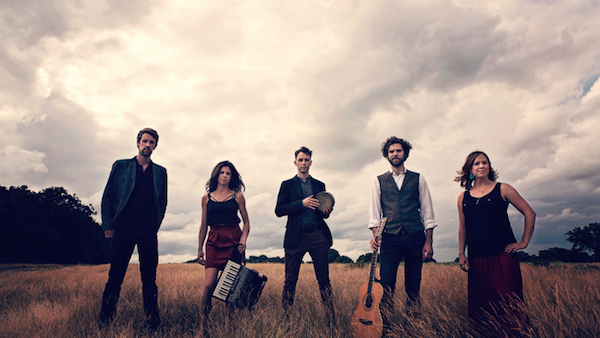 After spending years training, playing and recording as accomplished musicians and exploring contemporary folk-jazz under various guises, Flekd have finally arrived at a unique sound. The core members of the five piece transferred from music college in Wales to London, where they have continued developing and perfecting their brand of what they call “world-folk inspired contemporary jazz”.

No strangers to the touring circuit, members of the band ) have played at Glastonbury, Secret Garden Party, Green Man festival and the Isle of Wight jazz festival, among others, and they’ve now got an EP which reflects – as any band member’s bio will confirm – a rich and diverse history of making music together both in the UK and all over the world.

Their debut self-titled EP consists of five tracks, each sitting around the five-minute mark – a little beyond contemporary pop’s habit of never straying too far from the radio friendly three minutes – but for good reason. Flekd create rich soundscapes of cross-cultural dynamics creating a rich mix of sounds to soothe and relax. It’s music for contemplation, drawing from both western contemporary jazz and folk and the traditional folk music and percussion of India and Africa.

What they do well is subtle richness, having an impressive ability to build-up of layers and mix sounds from different cultures and genres to create something dynamic and unique.

“Goodson” begins with a jarring piano interwoven with a playful flute and later adds in subtle percussion. “Black-a-Tor” starts softly, playing with loud-quiet dynamics and quickly changing fast-slow tempos. “Flitterflam” is calming whereas “Trip to Inishbofin” begins with striking percussion and evolves into waltzing playful melodies. The heavily present mash-up of folk-rooted flute and jazz-rooted piano sounds far from random on the EP both sounds complement each other well.

Their unique brand of contemporary folk and jazz mixed in with Indian and African rhythms is perhaps not conventional but it is still accessible, and it offers a beautiful half hour spent in a reverie away from the chaos of everyday life.

Flekd EP is available on the Flekd website, iTunes and Amazon