Scarlett Johansson Wows As A Naked Alien In Under The Skin

Velcro books. You probably have a few: those quiet, quirky novels that you relentlessly recommend. They’re not blockbusters; you most likely stumbled across them by chance. And although you find it difficult to describe precisely why you find them so compelling, you just want other people to have a go. To hear what they think.

Michel Faber’s novel Under The Skin has long been one of mine. Although it was shortlisted for the 2000 Whitbread Award, it didn’t seem to make much of a blip on the popular radar, possibly because of its genre-bending nature. Ostensibly sci-fi, the novel follows the story of an alien called Isserley, who prowls northern Scotland harvesting the flesh of hitchhikers for her extraterrestrial employers, but the prose is as tautly opaque as the finest literary text. Part crime thriller, part psychological drama, it riffs on themes of corporate ethics, environmental destruction, factory farming, identity and class. See? It sounds rubbish. It’s not.

So when I found out that it was being made into a film directed by Jonathan Glazer (Sexy Beast, Guinness ads) and starring Scarlett Johansson, I was worried that my odd little gem was going to become a big, reductive blockbuster. I was reassured when its premiere at the Venice Film Festival sharply divided critics, however, and it turns out to have all the strange and subtle anyone could want. Perhaps too much. 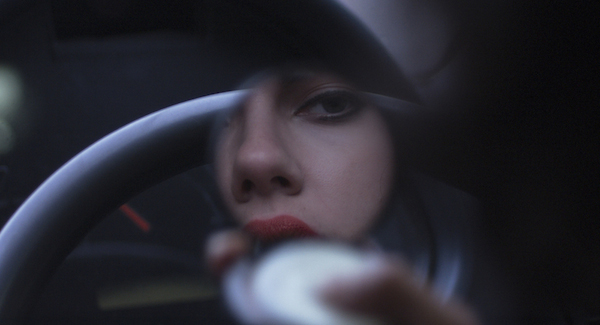 There are many memorably good things about this film. Johansson, renamed Laura as the alien, is a marvel. Every movie Johansson stars in features obsessive, salacious camera shots, and Under The Skin takes this fascination with her face and flesh to the extreme, both revelling in and satirising the objectification. Laura’s discomfort in her human body, and her slow journey towards finding acceptance and even pleasure in the ordinary stuff of human life, is mesmerising. Glazer is not afraid to let a single scene of Johansson driving, or looking in a mirror, or walking, play out for several minutes, until we too become defamiliarised from those familiar shapes and textures of fat and bone and skin. It’s deeply eerie, slightly disgusting, and utterly beautiful.

This is enhanced by one of the best soundscapes I’ve ever heard in a film. The minute crackles, pops, crunches and scuffs of a human moving through their environment are magnified so that we feel like our senses have been flayed, raw to the air. Much of the horror of the scenes where we see Laura’s victims disappear into a sea of black goo, only to have their insides sucked into a conveyor belt of gore and their skin deflate into a twist of parachute silk, is aural. Every slow, terrified eye blink and glacial finger movement has the opaque intensity you get from ducking your head under the bath. 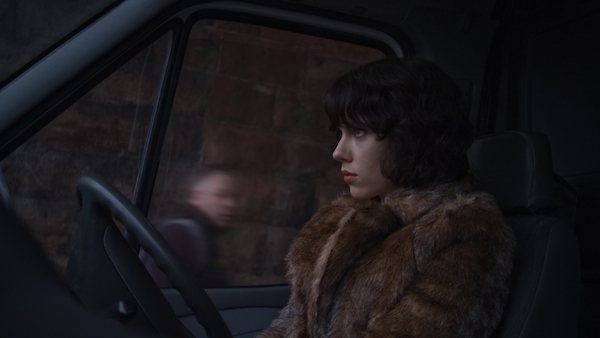 The extraordinary ordinariness of Glasgow and its residents – many of whom were picked up by Johansson, cruising in her van, without realising they were part of a film – is deeply moving. From a cocky young clubber to a young man with a bone deformity making his way to Tesco’s in the dark, we see the full humour, heroism and vulnerability of people who could not be further from Hollywood. And later in the story, as Laura hides out with a reclusive man whose undemanding tenderness starts to crack her chill, her exploration of the surrounding wilderness – majestic snow-frosted mountains, forests, lochs – provides an exhilarating contrast.

As a mood piece, it’s an utter triumph. Aesthetically, the horror and the beauty are stunningly intertwined. And yet, and yet. You don’t have to be a soulless popcorn-munching pleb to long for the tiniest bit of structure or dynamism. As viewers, we are willing to wait a long time for the anticipated moment of reversal or development, because we’re so immersed. When it never comes, we are left with a slightly greasy taste in our mouth. Johansson gropes towards change and discovery but never quite gets there – meaning that when she literally climbs out of her burning skin in the putative climax, it doesn’t have the moment of impact the film so badly needs. Like her ash, we just kind of drift.

Like the book, it’s hard to say what the film is about, or even what really happens. The opening images – a series of circular surfaces, reflections and halos of light moving into and out of each other, evoking, in turn, hospital scanners and eyeballs – perfectly set the atmospheric scene. This is a film that lives in the boundaries between things, the silence beneath dialogue and the spaces where one body ends and another begins.

It’s a gorgeous ride to nowhere. Love it or hate it, it’ll velcro itself to your brain.