“I want girls, gold and guns.” Meet John Milius, a screenwriter with the ink of ‘Nam flowing through his veins and the battle cry of war running through his soul. This cigar chomping, self-assured bear of a man managed to ‘break’ Hollywood before any of his University of Southern California contemporaries realised it was actually possible; and when you consider that those contemporaries make up some of the greatest writers and directors in cinema – Spielberg, Coppola, Lucas, Scorsese and Zemeckis, all of whom fire praise like distress flares over a lost battlefield for the man – it’s time you knew the name John Milius. 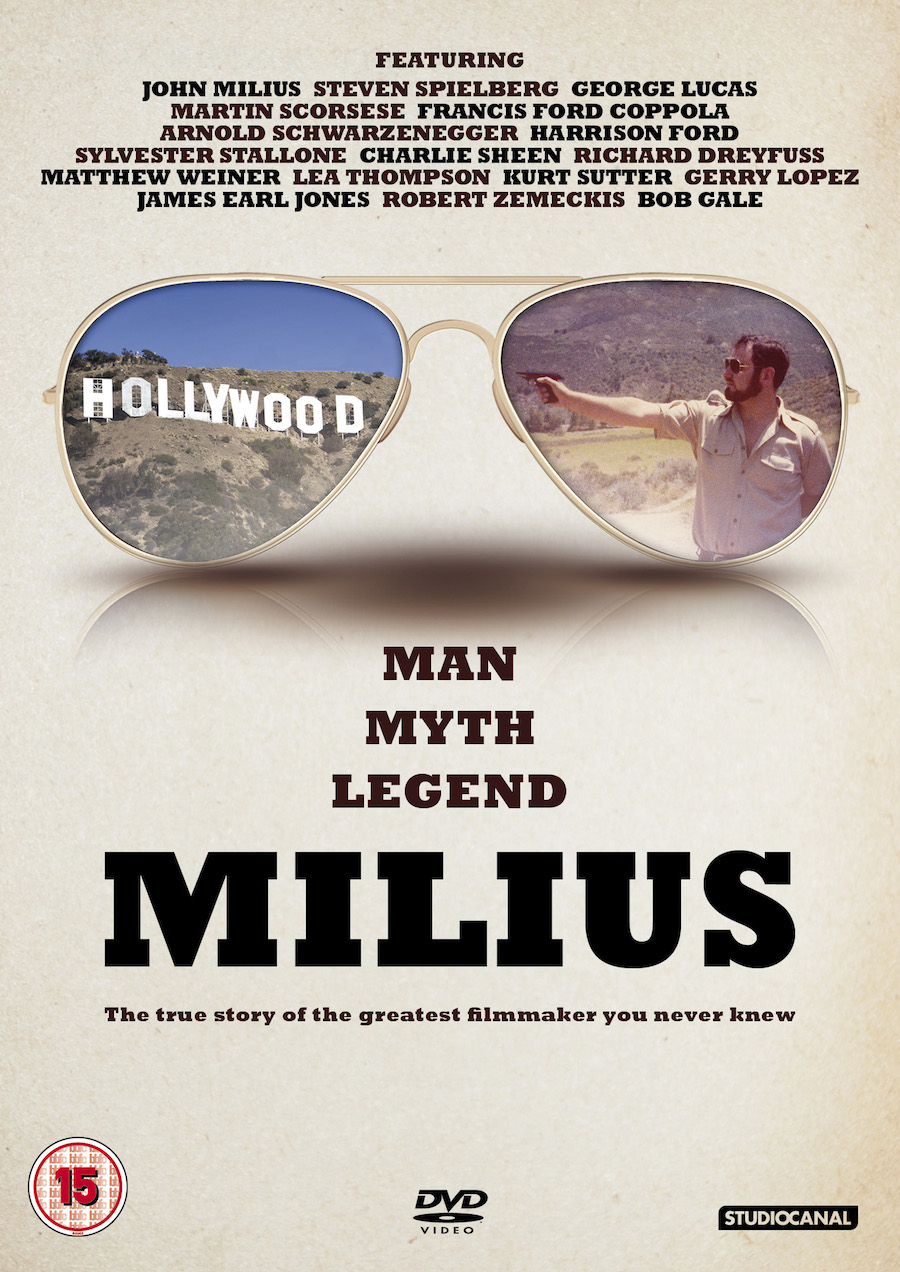 As Spielberg explains, “John is our scoutmaster. He’s the one who will tell you to go on a trip and only take enough food, enough water for one day, and make you stay out longer than that. He’s the one who says, ‘Be a man. I don’t want to see any tears.’ He’s a terrific raconteur, a wonderful story teller. John has more life than all the rest of us put together”.

Being the first out of the gate in Hollywood, Milius trail-blazed a path for his close friends, both knocking down doors and burning bridges through outstanding screenplay ideas and a controversial attitude. His big break came with his screenplay The Life and times of Judge Roy Bean. Drunkenly passed around at a party, the screenplay ended up in Paul Newman’s hands. Although Milius had tasted a measure of success by ’72, with Newman’s interest he took a bold move. “There were two prices for that script. One was very cheap and came with me directing, the other was more expensive and didn’t feature me directing.” Newman and the studio, keen to secure the script without Milius’ directorial input, kept the price sky-high. It sold for a record £300,000.

Following this success, John Milius wrote and contributed to titles including Dirty Harry, Jaws, Conan the Barbarian and a host of other balls-out, macho titles that were ground-breaking at the time, but were doomed to inspire an endless slew of repetitive, testosterone pumped pulp from less talented scribes. However, Milius’ crowning glory, and the one that will forever secure his reputation, was his achievement in re-writing Joseph Conrad’s dense short story on African ivory trading, Heart of Darkness. The novella, which often features in Top 100 classic fiction lists, had historically evaded successful adaptation, including by one not-inconsiderable talent called Orson Welles. Milius, however, found the perfect modern hook by supplanting Conrad’s bleak, death-stench commentary on colonialism, slavery and insanity to Vietnam. In 1980, his screenplay for Apocalypse Now was nominated for an Oscar.

Milius is a documentary that comes armed with the backbone all others seek; unassailably captivating subject matter. This is a fascinating slice of 70’s Hollywood viewed through the lens of a man that strode through the era as a bearded, portly, male-chauvinist, right-wing, self-proclaimed ‘Zen-Anarchist’, before alienating himself from the glitter and finding himself blacklisted in the 80’s.

Milius allows jaded filmgoers to journey back to when the movie rule book was still a ream of blank paper. It’s a hell of a ride.

Milius is released on DVD from 18th November