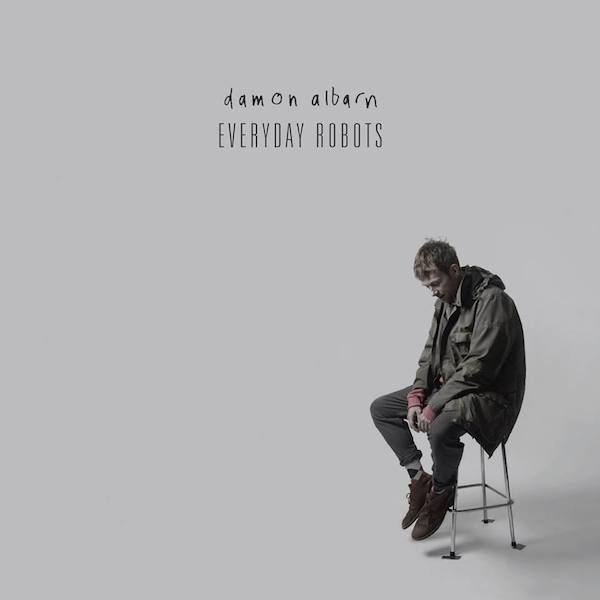 At 46, you would have thought Damon Albarn is well due a rest. The man is forever busy, with a creative output that is as persistent as it is diverse. It is not surprising then that he handed over more than 70 song ideas to producer Richard Russell of XL Recordings when they sat down to discuss the making of his first ever solo album, Everyday Robots, over 2 years ago.  The output is a record that shows Albarn unmasked for the first time, leaving his previous roles as the pretty boy of Britpop and the apish cartoon character who rides in a ‘Geep’, behind him.

Albarn creates a backing track that could have been designed by Four Tet, with almost every song built on electronic drum loops and vocal samples. The first voice heard on the record and title track is that of 1940’s comedian Lord Buckley, stuttering the phrase, “They didn’t know where he was going, but they knew where he was, wasn’t it”. The warped strings in Everyday Robots jolt forward rigidly, holding the track in place like the beating of a heart monitor, while the song is laced together handsomely with rich vocal harmonies over drums that could be comprised from culinary objects.

“We are everyday robots on our phones” resonates powerfully with anyone who can remember life before Windows 95. Pressing the message home, the word “autonomous” rings underneath the vocal line.  As a self-confessed technophobe, Albarn carries this theme over in the next 2 tracks; Hostiles is inspired by “fighting off” the soulless clones in video games with guitars that are reminiscent of his 2006 supergroup The Good the Bad and the Queen, while Lonely Press Play refers to the literal act of pressing play on our electrical devices as an attempt to escape isolation. 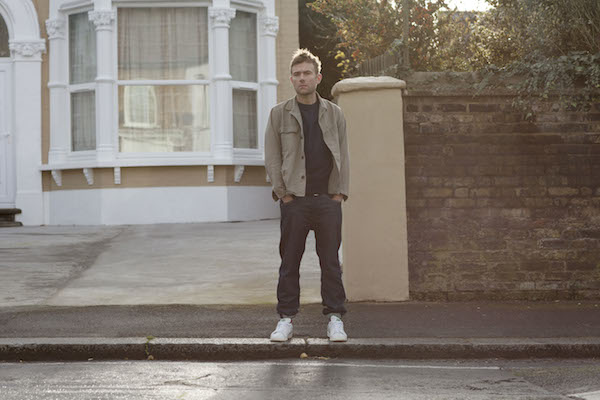 Perhaps this rejection of all things tech is inspired by Albarn’s visit to Leytonstone and Colchester, previous to writing the album. He explored early childhood memories of time spent mucking about in Epping Forest’s Hollow Ponds and reflected on simpler days in Aldham, where he grew up as a teenager playing the organ in church and hanging out with soon to be band mate, Graham Coxon. The track Hollow Ponds acts as a gravitational point around which the rest of the album circulates; the industrialisation of Leytonstone is brought to life through lyrics, “the heat wave that hit us all, 1976” and “half my road was now a motorway, 1991”.

Signs of a bitter old man are certainly identifiable throughout the record and it would be easy to get lost in its hypnotic drudge if it wasn’t for Mr. Tembo, a song about a charming, gospel loving elephant from Tanzania (obviously). Featuring The Leytonstone City Mission Choir, this upbeat, ukulele led number introduces a more straightforward portion of the album and the elementary but charming xylophone riff in following track Parakeet lengthens the trend. Instruments from school classrooms soon disappear however as things slow back down to a lethargic baseline in The Selfish Giant. Nimble piano melodies dance over layers of hollow synths and samples as Albarn speaks of how “it’s hard to be a lover when the TV’s on”. Listen out to the breathy vocal of Bat for Lashes singer Natasha Khan, adding delicacy to the already beautifully balanced track.

As the record progresses, Albarn is gradually unshelled. He becomes a bit of a softie, speaking less from the head and more from the heart. By the penultimate track, we find him at his oldest and wisest, accompanied only by his guitar in History Of A Cheating Heart. He speaks about his responsibilities as a father and husband, singing, “I carry this upon my back always. If you fall then I will put you back”. A great display of Fleet Foxes-inspired vocal harmonies come towards the end of the song; for me, this is the most powerful track on the record.

Although in parts this record feels disjointed, Everyday Robots works fantastically as a reflective journey and an insight into a one of the most popular figures in music today. It is both melancholy and uplifting, featuring melodies and lyrics that stun and engross. It seems Damon just gets better, and although he deserves that rest, I doubt he’ll be putting his feet up for a while.