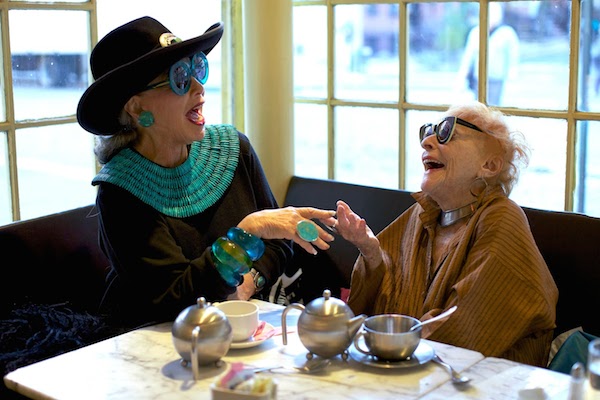 How old are you?

“I’m somewhere between 50 and death.”

So exclaims Tziporah Salamon, her hat – of architectural dimensions – dancing on her head.

Every outfit Tziporah wears is matched with the perfect hat. On occasion, she has been known to spend up to seven years finishing a particular look: “Everything has to belong together. The hat, the earrings, the shoes.” Only then can she step out onto the streets of New York. “I’m out. I feel great, I look great. I’m young.”

Cohen has entranced us with his photographs of the elegant and outlandish older women of NYC since 2010, and his Advanced Style blog has become much adored. Shot against the city’s brownstone buildings with the dash of yellow cabs, the portraits are accomplished and dignified. Now the Lithuanian-born filmmaker Lina Plioplyte has joined with Cohen to bring us Advanced Style the film, following Cohen and his gaggle of geriatric beauties.

Like all of the women Ari Seth Cohen has photographed on the streets of New York, fashion for Tziporah is a means of self-expression, an art form, and a new lease of life. His subjects are all, as he writes on his blog, “independent, stylish women aged 62 to 95.” As another of his subjects, Ilona Royce Smithkin, giggles, “I don’t buy green bananas anymore.”

Cohen’s women are real characters, often raucous and always fiercely independent. Smithkin, with burnished red hair and matching eyelash extensions, still performs on stage in a quavering voice, whilst Lynn Dell runs her vintage shop, Off Broadway Boutique, as she has been doing for half a decade. There is Jacquie Murdock, who used to dance at the Apollo and scores a Lanvin campaign aged 82, and Joyce Carpati, whose past operatic career reveals itself in a spontaneous burst of song at the film’s close. 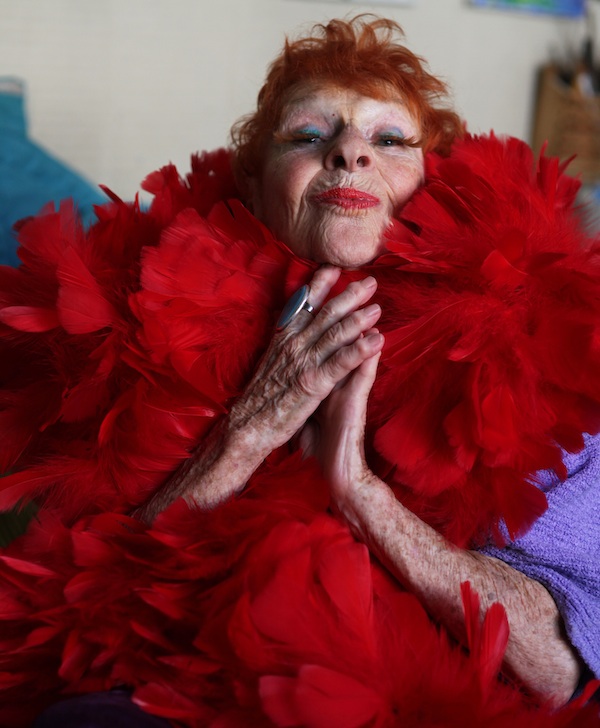 The documentary is affirming. It takes a societal attitude towards old age and dismantles it, challenging Western culture’s obsession with being young. These women greet the ageing process with courage and conviction, a refusal to be defeated. They are still thirsty for experience. As Smithkin explains, “I am really enjoying myself at this stage of my life.”

Despite inevitable aches and pains, there is no grumbling here. We see these women singing, dancing and working, with inspiring humour and attitudes both graceful and grateful. It is, at times, immensely positive.

But like a voluminous bow or sparkly brooch fastened to a vintage jacket, this film is all style and little substance. There is much loneliness here, but none of it explored. These women have potentially rich personal narratives, but neither Cohen nor Plioplyte draw their stories out of them. The best documentaries are the ones in which you can feel the filmmaker’s presence, loitering off camera and occasionally asking a question, drawing the subjects out of themselves, coaxing a little more information. I found myself asking, Why are these women all so alone? What lives had they had? Had they children? At one point Carparti explains that she gave up opera singing, but we are told nothing more, and it is frustrating.

A more successful documentary was Sue Bourne’s Fabulous Fashionistas, aired on Channel 4 last year. Here, Bourne interrogates her subjects. We learn why these women love fashion, which is the simplest question in itself but one that neither Cohen nor Plioplyte ever ask.