Did you fall in love with the design plans for Joanna Lumley’s verdant garden bridge? Are you still harbouring unfulfilled treehouse cravings from childhood? If yes, then you need to dig deep and support The Invisible City crowd-funded campaign.

Artist couple Claudia Moseley and Edward Shuster have proposed an idyllic new art project for Regent’s Park. The pair originally met up a tree amid a protest in the Brecon Beacons, defending an area from an imminent gas pipeline – we smell an eco-centric rom com in the making. Drawing inspiration from the critically acclaimed TreeHouse Gallery installation of 2009, they’re pitching a series of giant, expansive treehouse pavilions as innovative platforms for public use, re-plotting the neglected terrain between culture and nature.

Overlooking the banks of Regent’s Park boating lake and sizeable enough to host large audiences, these leafy dwellings are capable of providing a magical al fresco backdrop for operas, plays, recitals and more.

Eager to collaborate with arts group members, Moseley and Schuster have dubbed their ecologically sound tree-top proposal ‘a social organism as a work of art’, and invite suggestions for performances, workshops, talks and social media debates geared around the project. This ethos creates a versatile community in which donors can become founders. Supported by The Royal Parks, the scheme has already snapped up some exciting, off-the-wall patrons, including Tim Burton, Helena Bonham Carter, Bjork and Martyn Ware. Burton has praised the idea as “a fresh way to combine art and nature”, while Carter commented: “Claudia and Ed have such imagination, this project is so exciting!”

If Moseley and Schuster achieve their target of £500,000, the project will open to the public for 3 months this summer, before its nomadic pavilions move elsewhere.

For further information on The Invisible City, or to make a donation, head to the Kickstarter website. The campaign ends 28 March – track its progress on Twitter. 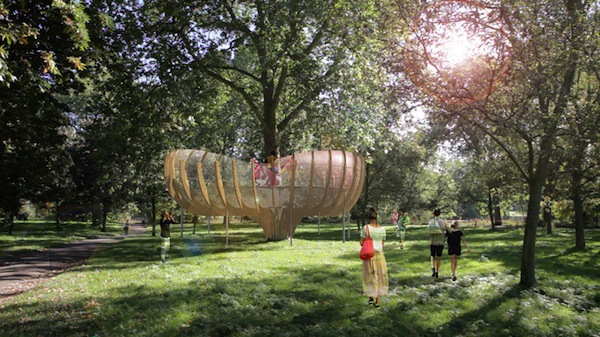 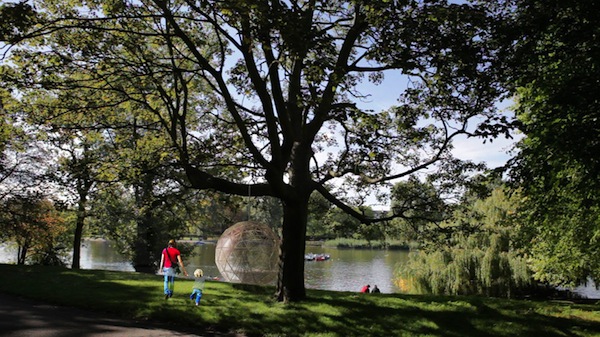 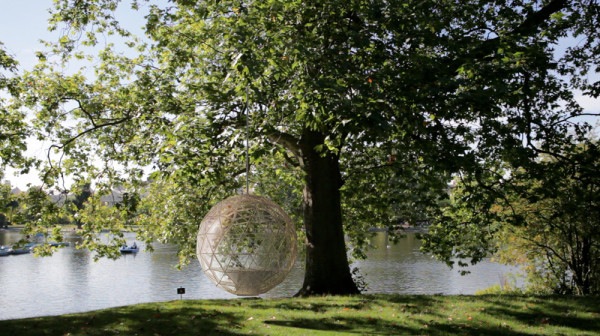