Who, How and Why: Everything You Need to Know About the June 2017 General Election

Confused? Aren’t we all. Here’s our no-nonsense guide to the main players and issues in next month’s big vote

Just when we thought we’d had enough politics to last us until the end of the decade / century / millennium, along comes Theresa May to give us another overdose of exactly what very few of us actually wanted – another General Election on 8th June, barely two years after the last one.

The logic behind calling this one is clear – in 2015 no political party set out their post-Brexit strategy in their manifesto, so all of them are now flying blind. The UK’s economy, its social fabric, and its international standings hinge on the once-in-a-lifetime deal we negotiate with the EU and the new legislation that will underpin our status as a fully-independent nation. It’s only right that the country has the opportunity to vote on our ambitions for the future, however little we relish the idea of another one-month campaign of mud-slinging and doorbell-ringing.

You would be forgiven for being confused as to the status of our hallowed political institutions. This short guide attempts to set out how each of the main parties will be approaching this election, what they stand to lose and gain, and what could happen afterwards. One thing’s for sure – we certainly do live in interesting times…

Calling for an early election was a no-brainer for belligerent and strategically-minded Conservatives. Theresa May has proven a capable, strong and unruffled Prime Minister, popular even with non-Conservative voters, and an extra couple of years at the helm will help ensure she can focus on bruising Brexit negotiations without having a nasty General Election looming at the end. The Labour Party is in the doldrums, and their MPs will have to try and sell an unpopular leader and dearth of policies to a weary electorate. The Lib Dems have been energised by their opposition to “hard Brexit” but are severely depleted and will struggle even to get close to their pre-2015 levels, let alone make further inroads. And given the Government is committed to exiting the EU, the wind has been well-and-truly taken out of the UKIP pirate ship leaving them to scrabble around for a raison d’etre.

The Conservatives currently have a Commons majority of only 17, allowing recalcitrant troublemakers to hold May hostage over everything from Brexit messaging to social policy, something the notoriously controlling Prime Minister wants to nip in the bud as quickly as possible. Happily for her, even her most nit-picky colleagues have been content to bask in the warmth of Article 50, and the Party will go to the polls in probably its most united state in a generation. Adding a few score MPs to her roster of support will galvanise May’s “hard” vision for a departure for the EU’s single market and customs union, and help ensure that any social reforms promised in her first manifesto get an easy ride through Parliament. Victory will also give May the chance to reshuffle her ministerial deck, moving lesser-performing, and lesser-liked, colleagues aside in favour of new blood. No doubt this is an opportunity she’ll relish.

All signs indicate that the June election will return an expanded, energised Conservative Party to Parliament, though calling an early election will always be an audacious gamble for a sitting Prime Minister. Any failure which sees the Tories actually lose seats (to the Lib Dems in the South West, or to Labour in London) would be a stunning blow to her leadership and would catalyse debate over her Brexit stance. And the idea of another coalition, especially in such tumultuous times, would be too much to bear on all sides of the House. Expect Tory leaflets to display more pictures of Jeremy Corbyn than Labour’s, and for the Party to their efforts and funds into key marginal seats like Chester, Wirral West, and Barrow and Furness where residents have little truck with Corbyn’s leadership. The paper recycling plants, at least, will be kept nice and busy. 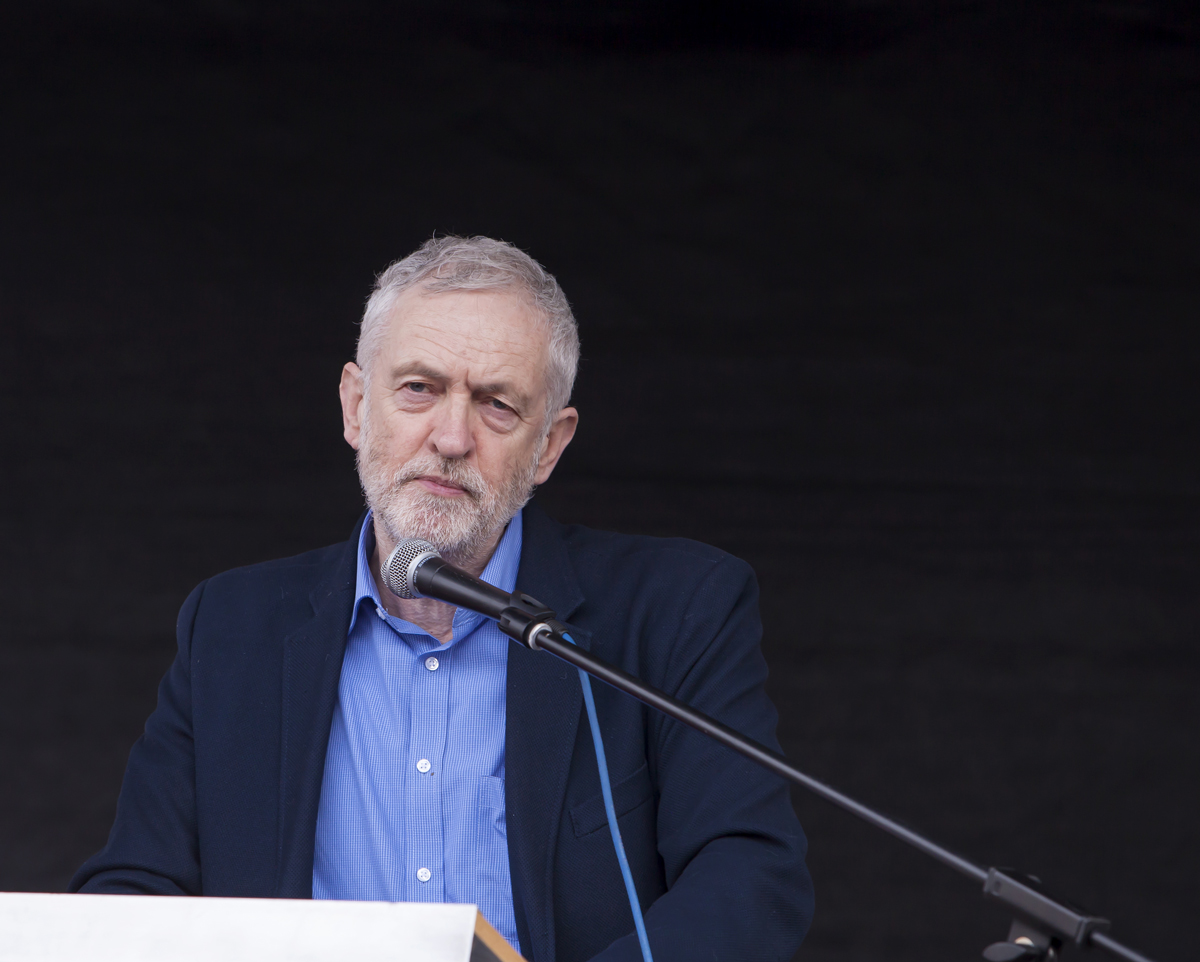 There’s no two ways about this – the majority of Labour’s 229 MPs (35% of the total) will be absolutely bricking it as they kick off their local campaigns. Jeremy Corbyn’s popularity is plumbing Marinas Trench-level depths, the party’s position on Brexit have been derided as divided at best, incomprehensible at worst, and their scattering of social policies have been ridiculed or ignored. With a only a muddy, creaky platform to stand on, it’s no surprise that two Labour MPs have already announced they won’t be standing again in June, with more likely to throw in the towel imminently.

Despite it feeling like he’s been in charge (whatever that means) for donkey’s years, this will be the first time Corbyn’s leadership is tested in a General Election. And the signs are already woeful. In a February by-election caused by the resignation of an exasperated junior Labour MP in the Lake District, the Labour candidate lost by 2,147 votes to the Tory – the first time the Government has won a by-election since Thatcher and the first time Labour has failed to hold the seat since the 1930s. A by-election in Stoke-on-Trent, another Labour heartland, saw them hang on by a slender margin, while in Zac Goldsmith’s Richmond Park seat the Labour candidate was utterly thrashed, barely scraping together a thousand votes.

This general election will be the crunch point that will decide the future of the Labour Party. In the likely event of a disaster, as constituencies from Manchester to London fall to Corbyn-lambasting Conservatives and Brexit-lambasting Lib Dems, cries for change from inside the party will be impossible to ignore. Even if Corbyn decides to go, there’s every chance a similarly-ideological replacement will rise to take the reins, voted in by the determined membership that helped see off moderate leadership hopeful Owen Smith last summer. Mutterings of a new social democratic party, uniting Lib Dems and centrist Labour MPs, may well become serious conversations. That is, of course, if there’s anyone left to have them.

The Lib Dems were almost completely annihilated in 2015, collapsing from 57 seats to a pathetic rump of only eight. This was the enormous price of coalition with the Conservatives which required Lib Dems to row back on long-held, adamant ideological commitments and transform from scrappy and idealistic outsiders into opportunistic, power-hungry sell-outs in the minds of the electorate. Losing big cheeses like Vince Cable, Danny Alexander and Ed Davey felt like the death-knell for an underdog party that only five years previously had unexpectedly leapt to the heart of Government.

However, Brexit has given the wound-licking Lib Dems a new lease of life. Under the leadership of Tim Farron (better on radio than television) they have taken up the mantle for the “forgotten 48%” who voted against leaving the EU, and Nick Clegg continues to be a thoughtful and statesmanlike contributor to public debate. By turning the by-election in the London constituency of Richmond Park from a debate about Heathrow expansion to a debate on Brexit, in November the Lib Dems overthrew Zac Goldsmith and his 23,000 majority – one of the biggest upsets in election history and bringing their Parliamentary tally up to a staggering nine MPs.

Polling from Sir Lynton Crosby, the Conservatives’ go-to campaigner, warned Theresa May last month that an early General Election could see Tories losing seats to the resurgent Lib Dems. However, traditional Lib Dem heartlands like Cornwall voted strongly for Brexit, and a nationwide election campaign will test the decimated party machine (so good at swooping in and winning focused by-elections) to its limits. Areas that may host a Lib Dem revival include remain-supporting urban constituencies in cities like Manchester, Liverpool, London, Leeds and Cambridge, and the Party’s future will be hinging on successes in these crucial battlegrounds.

UKIP has been in utter disarray since 2015, when despite their tabloid-baiting efforts they actually managed to lose one of only two seats in Parliament to the Tories. Since then, most people have lost count of, or interest in, the number of leaders they’ve had, the coups that have succeeded and failed, and the comings and goings of the never-more-smug Nigel Farage. The fact that UKIP’s last remaining MP, the spirited Douglas Carswell, bailing out of the floundering Party in March seemed more an amusing inevitability than a disaster shows the level to which their credibility has sunk

That’s not to say that UKIP can’t still cause trouble – in 2015 they came third in the nationwide popular vote, a 9.5% increase since 2010 which was by far the biggest of any party. Impressive candidates still have the potential to effectively target “remain” supporting Tory and Labour MPs in key marginal seats like Boston and Skegness and Hartlepool. UKIP grand fromages have promised “mischief, mayhem and guerrilla warfare” throughout the June election, though if that’s as unedifying as the Thames flotilla which saw Farage exchanging insults with Bob Geldof last year, then we may be set for disappointment. Which is something of a UKIP party trick.

The SNP obliterated their competition in 2015, winning all but three of Scotland’s 59 constituencies and sealing Ed (Stone) Miliband’s doom as Leader of the Labour Party. Nicola Sturgeon remains a formidable campaigner and, as she doesn’t have a Westminster seat, will be free to travel the country scattering about her star power to help buttress her many MPs. But support for her independence calls has waned in Scotland, despite the country having voted to remain in the EU in opposition to English and Welsh voters, and the leaders of both the Conservatives (Ruth Davidson) and Labour (Kezia Dugdale) have proved to be every bit as tenacious and gifted as their SNP opposite number.

It’s feasible that we could see the Tories and Labour gaining a seat or two in Scotland as they focus their resources on the handful of constituencies they could feasibly wrest from the SNP, but there’s no doubt Sturgeon’s party will be the major force in Scottish politics for some time to come.

Theresa May’s unexpected General Election has put the fear of god into political associations around the country, many of which didn’t even know who they were going to put up as a candidate, let alone have the infrastructure in place to run a month-long campaign. With only five weeks until we go to the polls to decide the future of the country (and less than a week until the local elections, which should provide a useful bellwether of how the General Election results will fall), those people that do stand, and win, are going to have a hell of a job scrutinising Government and putting in place the building blocks for a successful, vibrant and forward-looking United Kingdom. We can only wish them well. 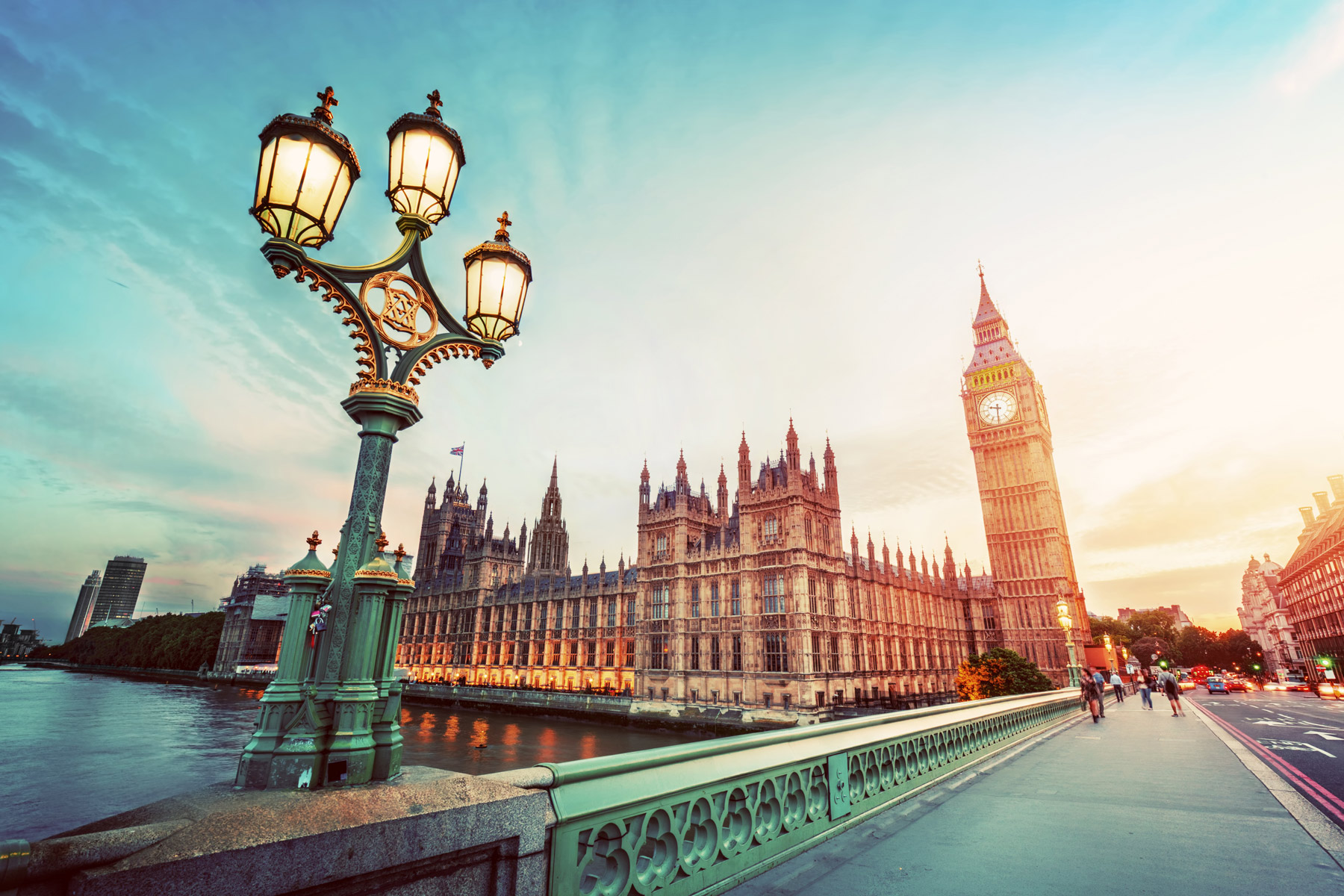