While the introduction of CDs (remember those?) effectively enabled the music industry to sell the same asset twice, at a huge profit margin, the subsequent MP3 revolution invigorated distribution but demolished the existing business model. However, last year revenues from streaming on services like Spotify surpassed those from traditional formats for the first time.

The latest implications of the new digital music industry are profound: 16 tracks from Ed Sheeran’s recent “÷” album occupied the UK top 20 immediately after its release on streaming services. But with this new digital democratization of distribution platforms, which artists are wholeheartedly embracing the opportunity to go direct to their listeners?

This month in PHOENIX we pay tribute to those brave souls who are embracing the DIY ethic and self-releasing music on their own record labels. 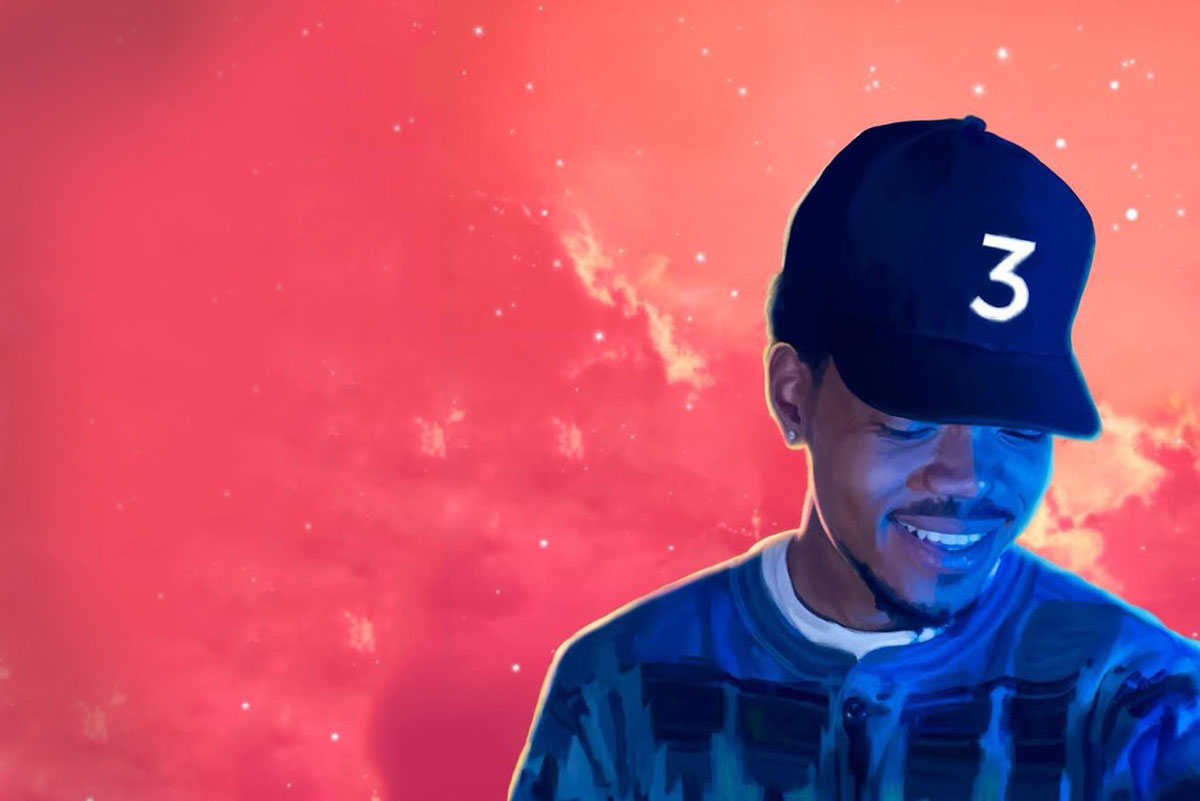 Any discussion of DIY music in 2017 would be incomplete without a mention of 23-year old Chancelor Johnathan Bennett aka Chance the Rapper. Chance’s musical adventures started with “10 Day”, a gleefully mischievous mixtape recorded while he was suspended from high school for “weed-related activities”. His next mixtape release “Acid Rap” gathered kudos from rap fans and rappers alike; and a certain Kanye West subsequently invited Chance to join him on festival bills, and also deliver the opening lines for the first track on his “The Life of Pablo” album.

Last year Chance’s third mixtape “Coloring Book” was released and clocked up over 57.3 million streams in the first week alone, debuting at number 8 on the Billboard 200. This achieved a genuine world first; Coloring Book was the first streaming-only album to ever receive and win a Grammy nomination. Chance was nominated for seven Grammys, and won three, including Best Rap Album. All of this was achieved without the aid of a record label.

2017 is looking no less exceptional for Chance, he now counts Beyoncé, Jay Z, and Obama amongst his fans and friends, and was recently named as one of Fortune magazine’s “50 Greatest World Leaders”. The publication cited his entrepreneurial skills in self-releasing without a major record label, and also his donation of $1 million to Chicago Public Schools. Chancelor Johnathan Bennett, we salute you and can’t wait to hear your next adventures.

Check out the surreal break-up opus of “Same Drugs” in this month’s PHOENIX playlist. 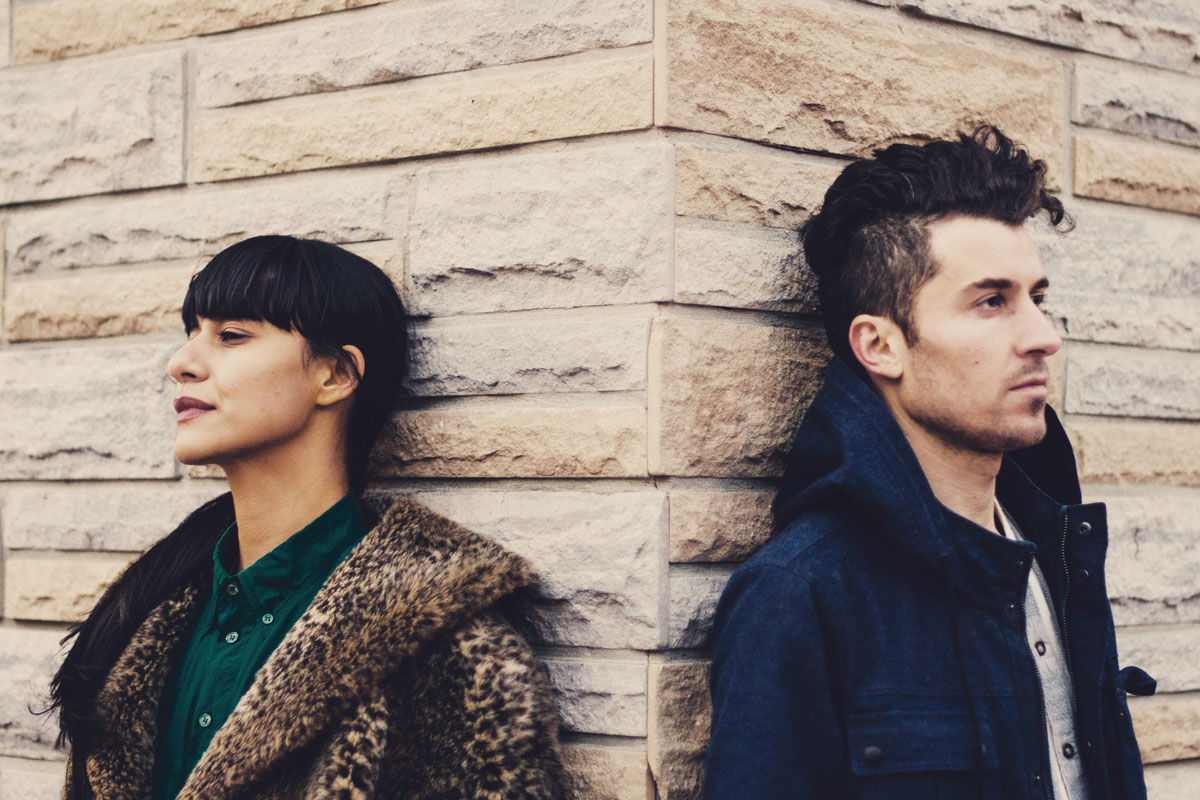 If ever two lovers were finely matched it is LA-based creative nomads Diane Bad’ie & Mike Slott. New York-born Egyptian singer-songwriter/composer/fashion designer Diane cut her musical teeth in the clubs of New York while working at an HIV charity, and was one of Brooklyn Magazine’s “top 5 women artists to watch”. Meanwhile, husband Mike Slott, an underground DJ and producer from Dublin, has been quietly building a formidable career of releases, colabs and remixes over the last decade. Mike co-founded the LuckyMe label with trap superstar and AHNONI producer Hudson Mohawke, and has worked with Alicia Keys, and Adele producer Paul Epworth.

It’s safe to say that Diane and Mike make beautiful music together, not least in their new constellation as Lesser Pieces. Diane explains that “Lesser Pieces is a partnership of universal ideals. The sound is in between hope and despair, leaves you standing somewhere placeless, yet all too familiar.” Diane’s voice is sublime, their lyrics profound, and Mike’s beats are distinctive and phat. Their new album, to be self-released later this year on Mike & Diane’s own OCSNL label, ranges from the widescreen meditation of “White Flag” to the compelling and catchy “You and I (No Emergency)“.

Their single “Enough” was premiered by Clash Magazine earlier this year, who remarked: “with haunting vocals and drifting, absorbing digital sounds, ‘Enough’ seems to carve out an entire universe for Lesser Pieces to reside in.” Treat your ears and see what all the fuss is about at www.lesserpieces.com. 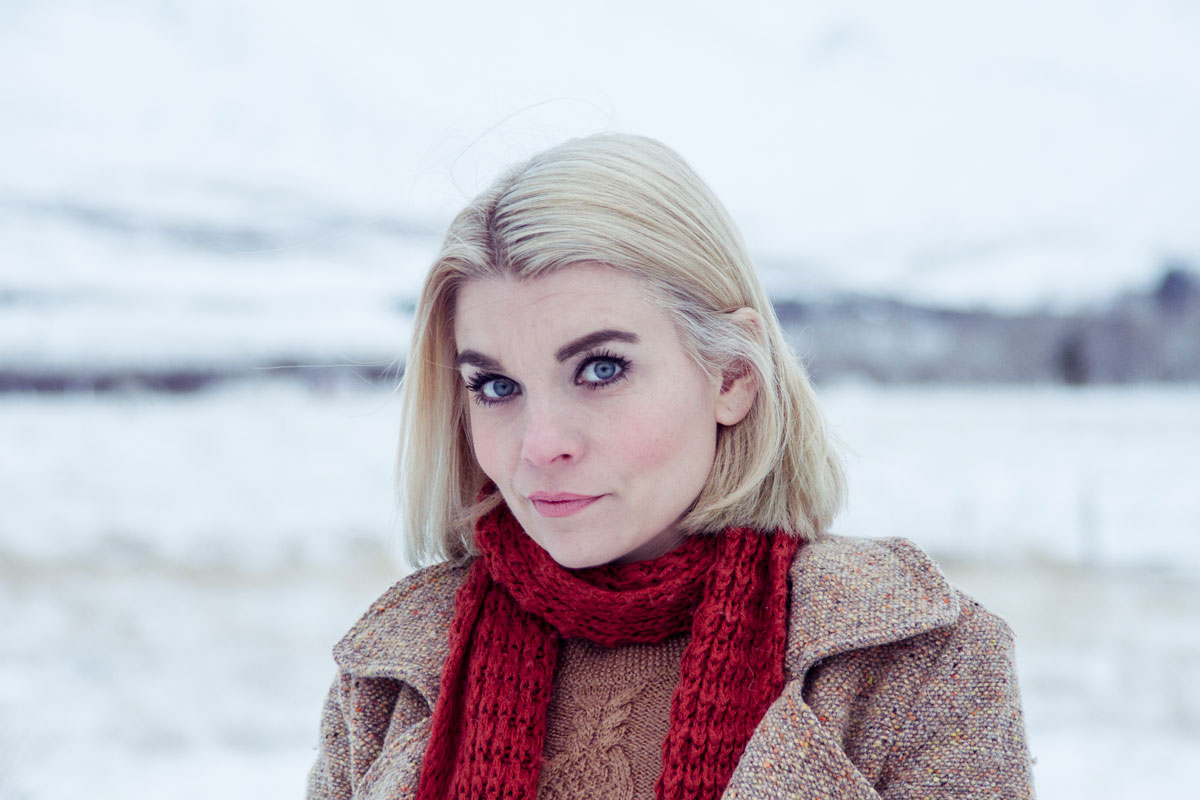 “When I was younger I set up a circus in a friend’s garage; we had 15 people in there every night. I used to tie a rope around my sister’s waist – she was only 5 at the time – and throw her over a pulley.  She would fly in the air in a batman costume, until my mum came in one night and went “Oh My God!”. Now I have a child of my own and my life is much less glamourous as I divide my time between family, looking after our chickens and writing, recording and performing. It’s not very rock and roll is it?”

Her path to domestic bliss has been a singularly adventurous one. She toured the world with the iconic Icelandic eletro-collective Gus Gus at the age of 15, collaborated with chill-out electronic outfit F C Kahuna on the classic “Hayling” in 2006, and sang on Tricky’s “Knowle West Boy” in 2008.

Her subsequent solo career has been no less interesting, gathering praise from The Guardian, Sunday Times and Q; and also declarations of love from the BBC’s Steve Lamacq, Mark Radcliffe and Jon Holmes. Hafdis is as sweet as she is playful and quirky, I remember well her series of streamed gigs, live from her kitchen in Iceland.

This year Hafdis releases her fourth solo album “Dare to Dream Small”, and will be touring the UK this April. She is also a guest vocalist on the forthcoming Lisbon Kid album “At The End Of The Day”. 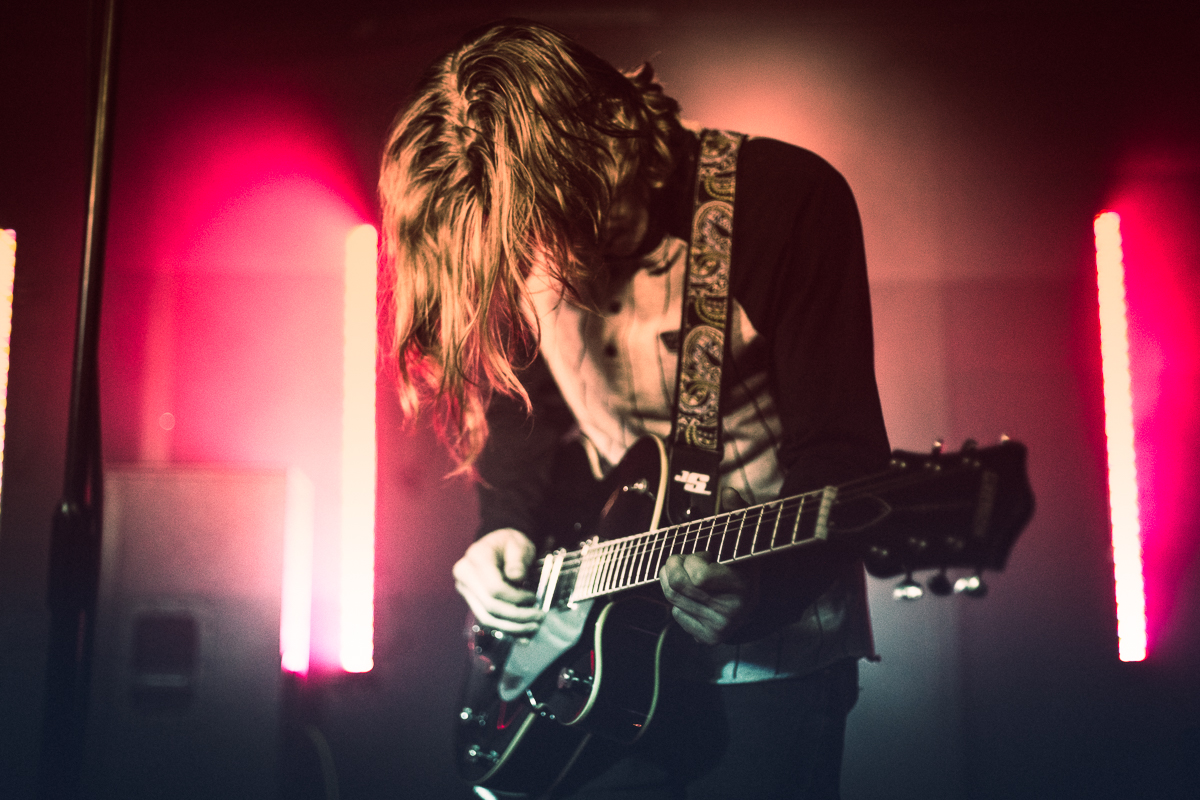 Playing to a sold out basement at Birthdays in Dalston, notoriously publicity-shy London based singer-songwriter Chelou silences the crowd with dream-like vocals and grungy guitar licks from behind a shaggy blonde curtain of hair. ‘Chelou’ is Parisian slang for “louche” or “strange”, and the the stage name is fitting.

His debut single ‘Halfway to Nowhere’, produced by Maya Jane Coles has already amassed over four million views on Youtube, even more impressive considering its without the backing of a major label. Illustrated by Polly Nor, and animated by Andy Baker, the film shows a woman experiencing body dysmorphia who sees her reflection in the mirror as grotesque and flawed, journeying through a dark forest before finally confronting her demons.

A bit acoustic, a bit electronic – Chelou is your soundtrack to hazy summer days in the park. Catch him live at the Green Man Courtyard at King’s Cross on Monday 29 May and at the Green Man Festival in the Brecon Beacons 17-20 August. 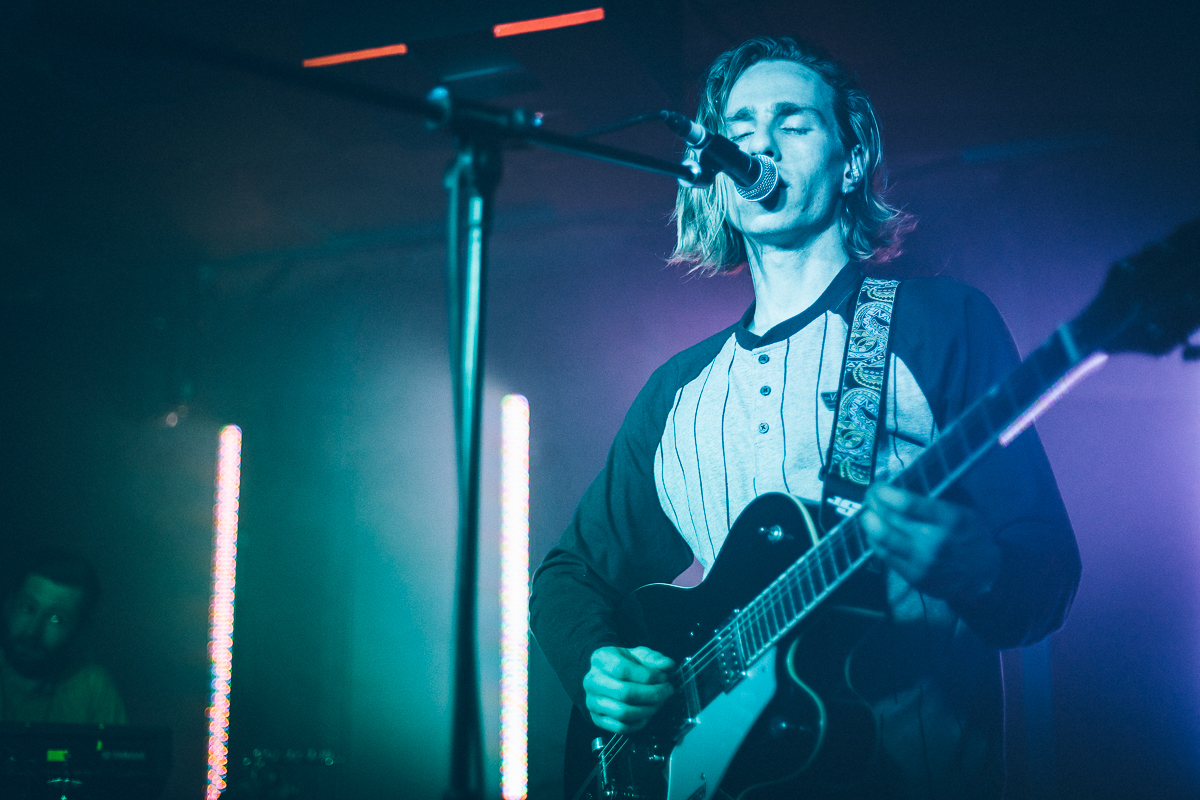