Could Fashion Do More To Redraw Gender Lines?

Does fashion help break gender rules, or lock them down? 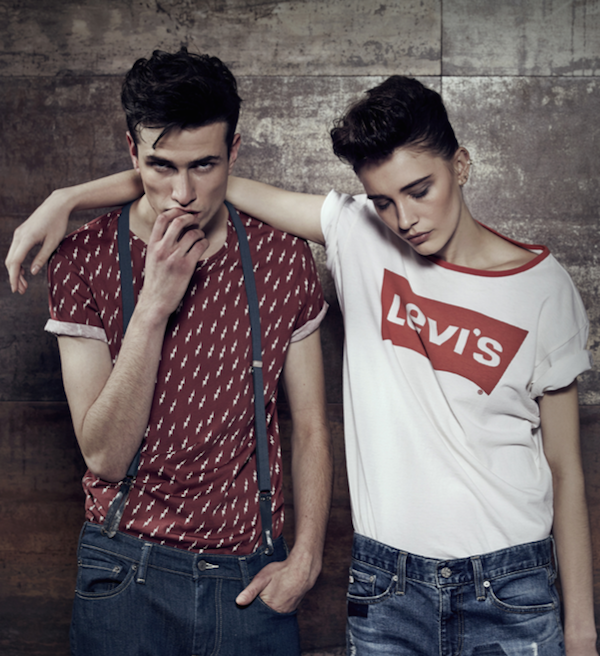 What role does the fashion industry play in defining gender, and does it have a responsibility to provide gender-neutral options for those people who do not identify as male or female?

Those were two of the questions I was fussing over when I attended a recent fashion conference at Southampton Solent University.

“We are born male or female, but we’re taught to be a boy or a girl,” says Katie Atkinson, Senior Editor at WGSN and one of the speakers at the conference. It’s hard to deny that gender socialisation begins at birth and continues throughout life; pink or blue, princess or cowboy, flowers or footballs And, because what we wear and how we style ourselves are outward expressions of who we are, fashion plays a crucial role in both reflecting and shaping our personality and psychological state, even if it’s as subtle as deploying a tailored suit to boost your confidence in a male-centric environment or throwing on a pair of killer heels to mark the transition between ‘anonymous pedestrian’ and ‘queen of the night.’

Gender is often the first thing we’re asked to clarify when shopping in store or online. Do you turn right or left? Go upstairs or down? Click on men or women? But what happens if you’re neither? Or, perhaps, both?

This gender divide is just as deep in toiletries and body care, as Sam Farmer discovered when he went to the supermarket to purchase deodorant for his teenagers and realised the messages aimed at this age group were universally stereotypical and highly sexualised. Farmer used the experience to create a unisex body care range for young people, and it is interesting to ask whether our current vogue for the androgynous – a styling choice that we devoted a whole shoot to in our most recent print issue – taps into a wider dissatisfaction with uncomfortable pigeonholes.

Androgynous is an adjective which, Merriam-Webster tells us, can mean three things: 1) having the characteristics of both male and female, 2) neither specifically male or female and thus suitable for either sex, or 3) a reversal of traditional male/female roles.

The fashion industry has primarily dealt in the third space, with women borrowing from the men to ‘put on’ the attributes of masculinity – think of Marlene Dietrich’s tuxedo and Chanel’s menswear-inspired silhouettes, or more recently, Cara Delavigne’s suit-and-trainers look in the DKNY menswear ad, or Julia Roberts in gender-neutral tailoring for Givenchy.

But it’s not just the women doing the borrowing. From 1970s hippie culture and David Bowie’s iconic looks to the AW’15 catwalks of Givenchy, Gucci and YSL, men have taken, and continue to take, inspiration from women’s silhouettes, fabrics, patterns and accessories too.

However, with the rise of people who identify as third-gender or other gendered, there is a noticeable shift happening within society, and the effect can be clearly seen in the fashion industry. The trend gathering momentum sits firmly with the second definition of androgynous – fashion that is neither masculine nor feminine, but can be worn by everyone. Unisex, in other words. Brands such as JW Anderson, Commes des Garcons and Y-3 among others are creating equal-opportunity, gender-neutral clothes. Japan and the Nordic countries are at the forefront of the movement.

But as Zing Tsjeng, Digital News Editor at Dazed Digital, cautioned at the conference: ‘Gender equality is complex. Fashion can be a visible sign of change, but don’t mistake the aesthetic progress about what we’re wearing as genuine progress.’

From the perspective of people going through gender dysphoria and experiencing bullying, assault, low self-esteem and depression, more can be done. Fashion has always been an arena where seeming outsiders can find acceptance and the freedom to truly express themselves. As awareness increases, aided by social media, I couldn’t help but wonder if it’s enough to trust in the laws of supply and demand to meet the need of gender-neutrals, or if the industry should be doing more to actively pursue equality and acceptance.

At the moment, a lot of gender-neutral fashion still comes with a hefty price tag, as seen at Selfridges Agender shopping exhibition. What will it take for high-street retailers to create an accessible version? And is there a moral imperative for the fashion industry and the high street to do more for those outside the mainstream?

Oftentimes people who feel marginalised can experience pride and start building their identify from the position of being marginalised. Would it be right then if the power, the money and the direction of the gender-neutral movement sits within the mainstream, or would it be better to stay on the outside?

I left the conference with more questions than when I arrived, but perhaps that’s not a bad thing. There are no easy answers to the topics raised. What is clear is that we should all have the ability to express ourselves free from fear – and that fashion has always been a fierce battleground where people both search for a way to conform, impose their judgement – and fight to be free of both those things.