5 Reasons To Visit Castro’s Cuba Before It Disappears

The story of Cuba is a Bildungsroman, but the tale is not quite finished; she has not completed the transition from youth to adulthood just yet. With a thawing of US-Cuba relations, will the country evolve into a tawdry island playground for American tourists akin to Puerto Rico? It remains to be seen. Change is certainly abroad, but Cuba still retains the compelling points of interest it’s famed for. From its classic cars, to its seductive salsa and crumbling colonial architecture, it hums with a frenetic Latin energy that one cannot help but become embroiled in. These are the top five reasons to visit Castro’s Cuba before its irrevocable transformation. 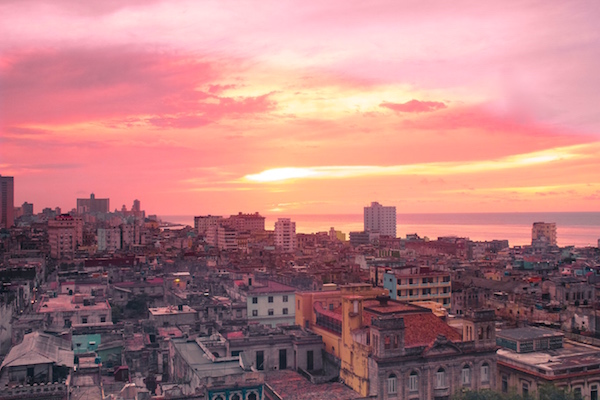 Cuban salsa embodies vivacity and sensuality. It’s the very soul of Cuba and islanders seem to come alive when they dance it. This salsa is distinct from other forms in that each movement is a statement, so aesthetically pleasing it looks incredible, or so you’ll be told by over zealous salsa enthusiasts you meet. Cubans danced their way out of their mothers’ wombs and from that point on were shimmying wherever they went. It’s painfully intimidating, but you’ve just got to throw off that Western reserve and get stuck in. For authentic Cuban salsa, it has to be Los Jardines on a Sunday night. An alfresco club teeming with locals, where there’s frequent power cuts necessitating the band to play acapella, it doesn’t get more authentic than this. Down some shots of rum and don your dancing shoes before the trashy super-clubs invade Havana and places like this are lost forever. 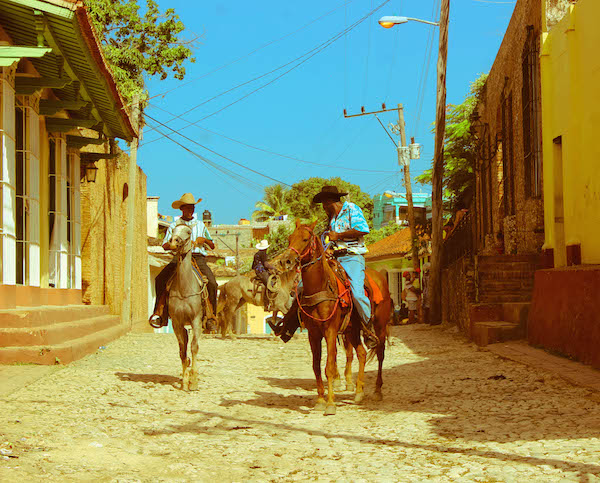 Ernest Hemingway or ‘Papa’ as he is affectionately known in Cuba, is revered as a literary God by Cubans. He did after all write his magnum opus The Old Man and the Sea, about the island on the island. Slip away to his former residence, the atmospheric villa Finca La Vigia, which is bequeathed to the Pueblo de Cuba and is now a museum. It has survived exactly as he left it in 1960 and with over 9,000 books and the opportunity to see where Hemingway wrote (standing up, with his typewriter roosting on a shelf), this is a literary pilgrimage for any fan. A time capsule strewn with the writer’s treasures, from his taxidermy hunting trophies, to his cherished boat the Pilar and beguiling art by Picasso and Miro, the finca is truly imbued with Hemingway’s spirit. 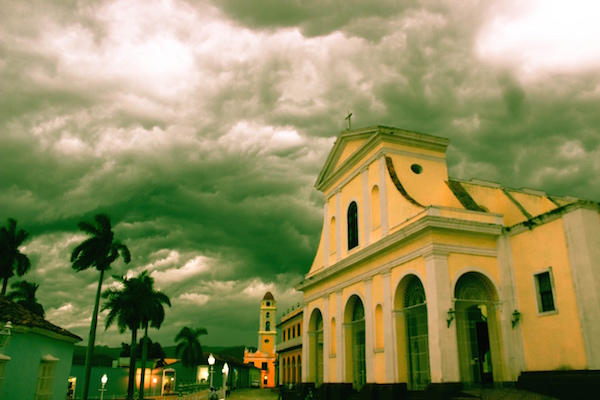 The Chevys and Cadillacs cough and hiccup with the sound of history in Havana, creating a surreal 1950s time warp. Where else in the world can you see American vintage cars still sauntering about the streets? They create a unique feeling in the city, a hangover from a bygone age of elegance and glamour. You can find these charming Cuban anachronisms all smartly lined up, gleaming in the sunshine at Parque Central. Be sure to hire a Buick and enjoy a roof-down tour of the city or make like Hemingway and cruise to La Vigia. 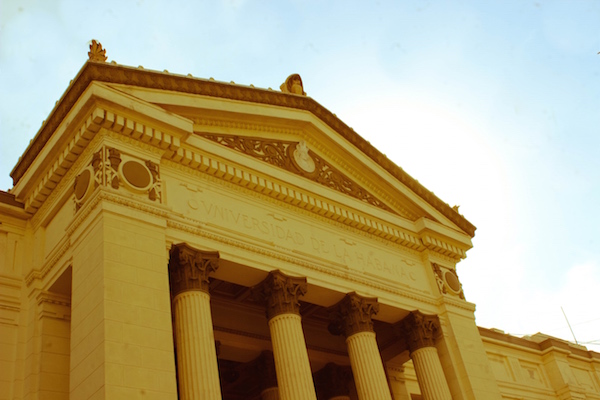 Cuba’s crumbling colonial architecture eclipses even that of Buenos Aires and Cartagena. The legacy of Spanish Conquistadors, who utilised the island as a slave port, such magnificent timeworn facades are a must see. Roam the cobbled streets of Vedado and Centro Habana, ensuring you stop at the Gran Teatro de La Habana (The Great Theatre of Havana), a striking neo-baroque building that looks as if it were transposed directly from Madrid, and Plaza de la Catedral, where a baroque cathedral and two 18th century palaces create a spectacular setting to sip a Mojito.

Cuba is the birthplace of cigars, where ‘cigars are rolled on the thighs of virgins’ and “Señor, quieres un cigarro?” is a phrase to be heard on every street corner. The island is practically capsizing with the things, with millions of hand made puros being produced each year. Cuban cigars are steeped in legend, and their historical pedigree has only strengthened over the years, with characters like Che Guevara smoking Monte Cristo’s and Winston Churchill smoking Romeo y Juliet’s. Immerse yourself in this iconic Cuban tradition with a tour of the Partagás factory in Havana. Witness the nimble fingers of the cigar makers and get lost in a plume of smoke. But take heed and never stub out a cigar; let it slowly smoulder because there’s a soul in it…