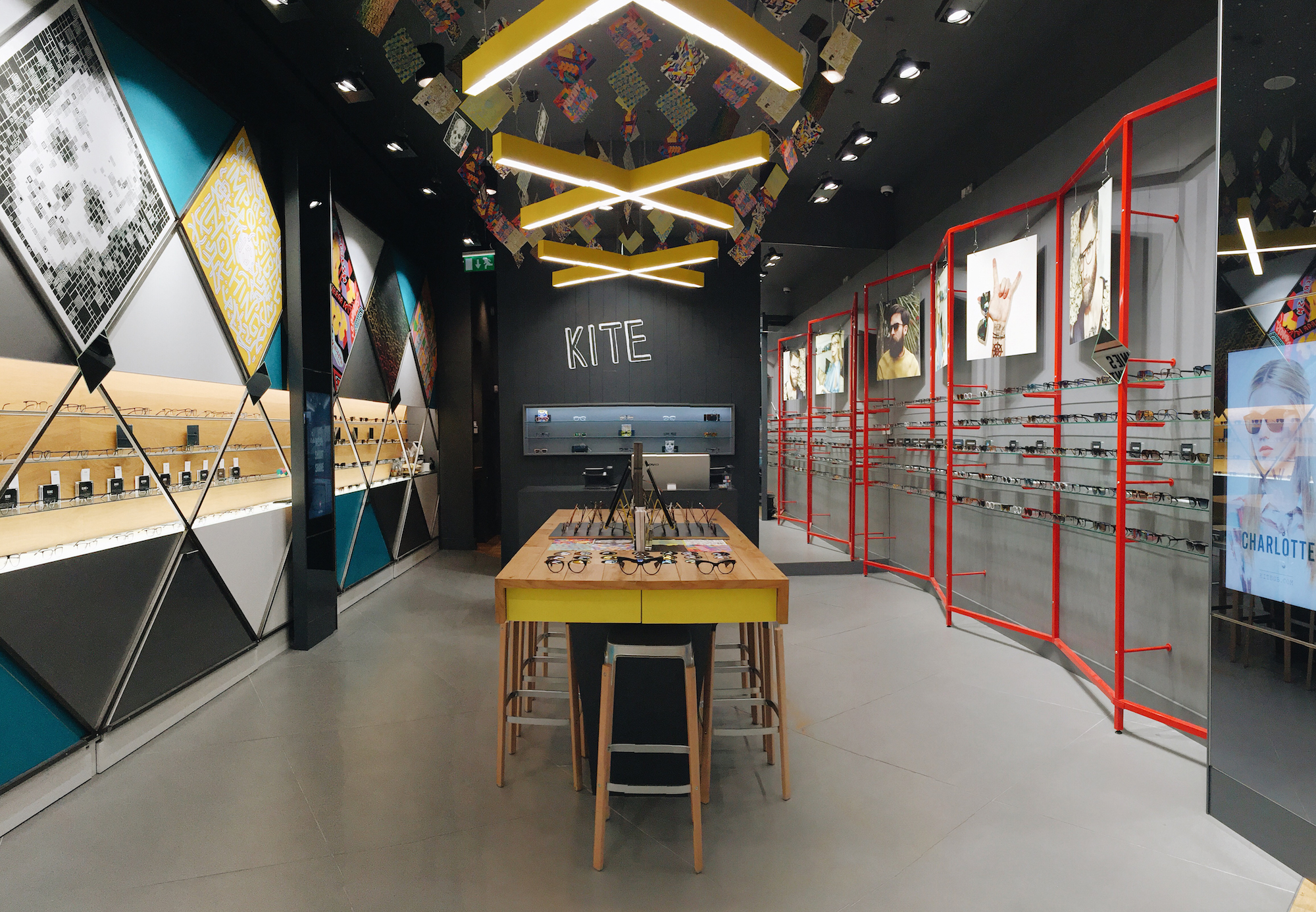 As a journalist I spend an inordinate amount of time staring at a computer screen, at least 8 hours per day. Not including occasional Netflix binges and the mandatory late night Instagram scroll. Headaches and blurred vision over the last few months are a sign my current prescription isn’t cutting it.

Getting your eyeballs checked out is normally a clinical affair, but times are changing and the design focused flagship store of new eyewear brand KITE at Westfield Stratford feels more like a streetwear boutique. Launched in 2014, the brand’s credentials come from founders Asad Hamir – the 28th generation of optometrists in his family, and brothers Amar and Adarsh Radia, the entrepreneurs behind fine Indian restaurant chain Dishoom. With KITE they set about reinventing eyewear, with acetate frames hand crafted in Italy, razor thin metal frames cut from Danish surgical steel, and German engineered lenses by ZEISS that contain patented anti-glare technology designed to reduce eye strain.

The eye examination itself is thorough, conducted by an experienced optometrist and using all the latest gadgetry, they pick up on the change in my prescription. The creative bit starts as you customise your frames. I go for the sleek metal Rosetta frames, a masterpiece of minimalism in matte rose gold, and pair them with tortoiseshell colour tips. Next I build my prescription sunglasses, starting with a quirky, retro frame called Abbey in dappled stone and black acetate and bypassing a palette of coloured lenses for some striking pewter mirrored ones.

The pricing is also refreshingly simple, a flat fee of £150 for all single vision lenses and frames. It’s caused a stir in the industry. Adarsh Radia, commented, “The current common pricing structure in the British optics market is unfair and confusing. Cost is one of the highest drivers behind eyewear purchase, yet on the UK high street today high prescription customers can spend up to £1,000 when all extras are accounted for, often making the final cost prohibitive” Radia adds, “Higher spec optical lens technology is priced at a huge premium, and consumers are paying more than they should for extras such as thinner and lighter lenses as well as various coatings, which we believe should come as a standard.”

The glasses arrive 10 days later and are flawlessly constructed, light as a feather and supremely comfortable. After a week the crazy eye twitch is all but gone, and I’m growing accustomed to a world with sharper edges. The KITE experience ticks all the boxes for design led, affordable eyewear and they’re surely a brand in the ascendent.