10 Ways To Get Involved In London Fashion Week

Fashion Week is no longer the preserve of fashion editors, stylists, models and vloggers with millions of daily views. This year’s LFW offers an unprecedented number of ways for regular fashion fans to get involved, from exclusive digital content you can browse at your desk to talks, events and exclusive pop-up shops to explore around the capital. What’s more, lots of it is free. Here’s our guide to ten of the best, so style yourself a signature outfit and get stuck in. 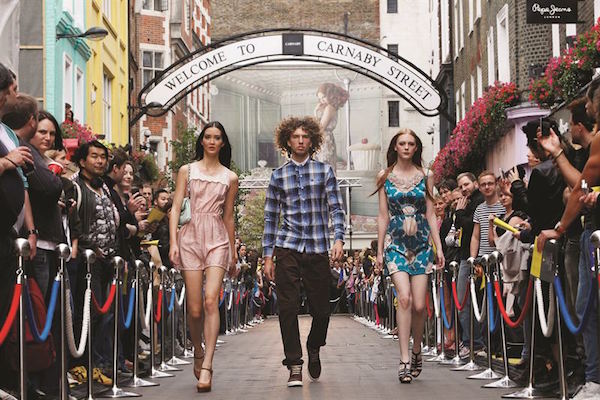 This event takes to the streets of London for a live, roving photo-shoot with models wearing the new SS16 collection by Style Notes by BASHARATYAN V, and make up and hair by members of The Fix Agents. Scoop up the opportunity to watch a fashion shoot and meet the team both from the label, who will be on hand to talk people through the collection, and The Fix Agents, whose make up artists will be there to talk through tips and trends. There will lots of freebies and a chance to win fashion week goodie bags including beauty products and a designer garment in the first prize bag.

Ariella invites customers to pose with the models on the red carpet outside the Oxford Street House of Fraser store, with their pictures taken by official fashion week photographers, then entered into a competition to win one of new Ariella London dresses.

The British Fashion Council and American Express offer you the opportunity to join celebrated industry insiders for a series of intimate talks, offering exclusive insights into the inner workings of the fashion industry. Speakers include legendary photographer Miles Aldridge, Stylist & Accessories Designer; Lauren Bowker and Peter Pilotto and business partner, Christopher de Vos.Talks will be held daily from Friday 18th – Tuesday 22nd September at Conde Nast College of Fashion & Design, 16-17 Greek Street, London, W1D 4DR. Tickets are free and available from 15th September 2015, and can be purchased at: https://billetto.co.uk/en/users/london-fashion-week-talk-series

Visit Sunglass Hut’s pop-up at Soho’s Golden Square during LFW for your chance to star in your very own #punkitupvideo. Plus, share your video for a chance to win tickets to London Fashion Weekend. The pop-up will sell an edit of the season’s hottest designer sunglasses, including a UK exclusive of the Burberry Garbadine Lace Collection, which are inspired by woven Garbadine, the iconic fabric of the Burberry trench coat, detailed with an English heritage lace pattern.

Carnaby Street will play host to various screenings during LFW, live streamed shows and exclusive footage. The screenings will be launched at Carnaby Style Night – a celebration that will see the retailers of Carnaby Street and the surrounding area come together to celebrate LFW. With discounts, free drinks and in-store events, savvy shoppers will have the opportunity to win a goodie bag worth £150. Be sure to share your experience on Twitter with the hashtags #Carnaby and #StyleNight to be in with a chance to win over £1,000 worth of prizes.

No time to escape the confines of you’re desk for a little fashion infusion? Don’t panic, BBC have got you covered. This September, BBC iPlayer takes fashion to the next level with a series of three exclusive programmes featuring model Abbey Clancy, singer Lianne La Havas and fashion vlogger Grace Victory. With unprecedented access to LFW, BBC iPlayer will give audiences a unique insight into the UK’s most important fashion event.

Step inside the mind of Nicolas Ghesquiere and discover the inspiration behind the Louis Vuitton’s autumn/winter collection at a bold, beautiful and slightly baffling ‘experimental’ exhibition by Louis Vuitton. The fashion house will be taking over 13 rooms and three floors of 180 Strand. LV has attempted to create a fully ‘immersive’ experience, with exhibits including a massive LED trunk, 3D-printed mannequins and an on-site atelier. Book your free tickets now on the Vuitton website – slots are running out fast.

Head to 43-51 Great Titchfield Street throughout LFW and digest your fashion-frenzied day with The Riding House Café’s LFW menu, offering up four tongue-in-cheek concoctions, each christened after acid-tongued one-liners from the likes of Karl Lagerfeld and Anna Wintour.

Sketch Mayfair (9 Conduit St) has teamed up with FOUR London Salon to keep all our manes in check for this season’s LFW. With plenty of looks to choose from there’s something for everyone – as long as you have 30 minutes to spare and a reservation you’ll be leaving the salon feeling fashion week ready. Reservations are essential: Call 0207 659 4500 or email reservations@sketch.london to book an appointment.