The British Thriller Rides High With Catch Me Daddy 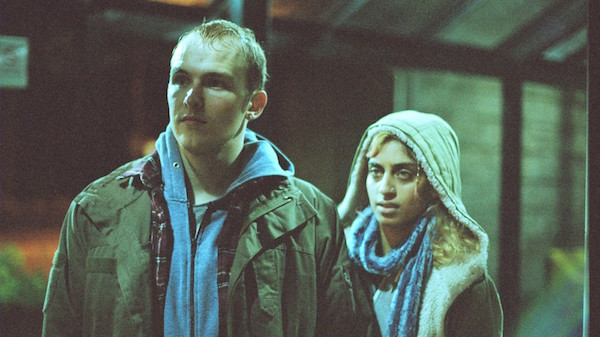 The much-maligned British thriller is in fine fettle of late. From the serious, relentless and bloody ’71 to the cocksure, adolescent silliness of Kingsman: The Secret Service, via the unexpected thrills of concrete pouring as revealed in Locke, the genre has seen both critical adulation and big box office receipts. The strength of the past couple of years’ output has helped to exorcise the ghosts of the dozens of derivative gangster films that Guy Ritchie’s excellent Lock, Stock and Two Smoking Barrels unleashed over a decade ago.

Catch Me Daddy not only packs a wallop at least as strong as any of these predecessors, it also touches on one of the more emotive of societal ills, the so-called “honour” crimes that see young people attacked and even murdered for refusing to conform to the blinkered, hegemonic demands of an archaic social structure.

Laila, a teen from a Bengali family in Manchester, is on the run with Aaron, her young Scottish boyfriend, hiding out in a caravan park in small town in deepest darkest Yorkshire, far from the suffocating tendrils of her controlling father and brother. But the family won’t be put off that easily, and have hired vicious bounty hunters to find Laila and bring her back to face her reckoning, whatever the cost.

Set over the course of a single day and night as hunters – including Laila’s brother and his gormless wannabe-gangster buddies – close in on their targets, Catch Me Daddy ratchets up its tension to fever-pitch, with paranoia enveloping the young pair as they struggle to stay ahead of their pursuers and take extreme measures to maintain their fragile freedom.

The world captured by first-time feature director Daniel Wolfe (who wrote the script with his brother Matthew) is a depressing haze of tawdry nightclubs, racist thugs, neon-drenched kebab shops and casual cruelty, and the pitiless background of the Yorkshire Moors offers a fitting backdrop to the Terminator-like relentlessness of the hunters. Violence and threat lurk every time Laila and Aaron step outside, and in a touching but bleak moment they forgo a night out with locals to dance together in their caravan instead – a calm before the world they’ve been trying to avoid comes storming in.

It’s in the subsequent chase that Catch Me Daddy hits full strength – a brutal fight in a club is swift, confusing and breathless, while a dash across the wilderness imbues Laila and Aaron’s plight with a Shakespearean fatalism that does nothing to mitigate the gut-punch effects of their fate. It’s a shame that the technical deftness of this section isn’t also matched by narrative dexterity – the horror of the “honour” motive is blunted by an event that muddies the motives of Laila’s father’s, adding a complication that such an urgent and compelling film doesn’t need.

But this problem hardly derails the film, which is anchored by an unaffected performance from Sameena Ahmed as the newly-liberated Laila, glimpsing a world of possibilities in the new life she’s managed to grasp. Her teen excitement, petulance, and ultimately abject horror at how events unfold is both compelling and moving, reminiscent of Katie Jarvis’s stunning debut in Fish Tank. Barry Nunney, another debut actor, snarl and thumps with mesmeric physicality as the lead bounty hunter, while the ever-reliable Gary Lewis brings a sad-eyed almost-nobility as his partner, a drug-addict doing whatever necessary to secure his next fix.

The Wolfe brothers don’t delve into the religious and social aspects of the “honour” system – leaving motive and background intentionally vague – an absence both understandable and frustrating. It’s only through confronting these horrors head-on, exposing their hypocrisies and inhumanities to cold scrutiny, that they can be exposed and eradicated. That ambition is more than is in the gift of a low-budget British thriller, but the fact that Catch Me Daddy has dipped a toe into those dark waters, and with such raw panache, is gift enough.