Since the last Mad Max film – 1985’s wacky Beyond Thunderdome – Director/writer/visionary/filmic shaman George Miller has kept his film-making mojo flowing with true-life disease weepie Lorenzo’s Oil, talking-pig flick Babe and its sequel, and two Happy Feet films. You know, the ones with the cute animated penguin who just wants to dance. Suffice to say the casual viewer might have quite fairly assumed that heroic and blood-covered survivalist Max Rockatansky had hung up his scowl and torn leathers for good and gone to the great pool of water in the sky. But Miller had a dream, a vision of fire, oil, metal and blood, one that has screamed and clawed its way to the screens after 30 years of suppression. And thank the gods that it did. 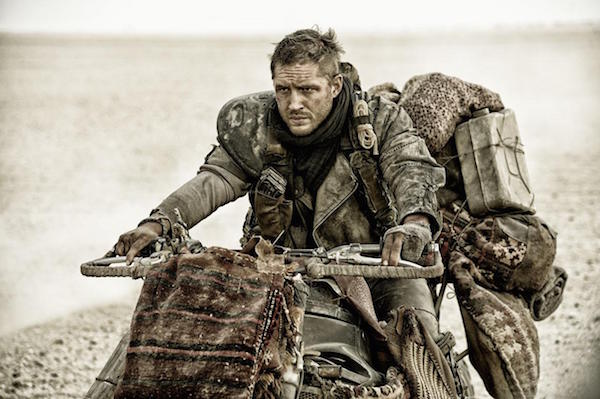 Mad Max: Fury Road is a searing, sweaty, maniacal inferno of a film, whipping up such a frenzy of clashing metal and pulverised flesh that it’s easy to be joyously overwhelmed by the sheer relentlessness of the carnage that the 70-year old Miller has concocted. The plot is as is should be: dead simple. In a parched post-apocalyptic future, humanity exists either under the thrall of desert despots-like arch-villain Imortan Joe (an S&M nightmare meld of Peter Stringfellow and Star Trek’s Khan) or clattering around in the dessicated wilderness trying to eke out a living by fair means or foul. When one of Joe’s most trusted lieutenants, Imperator Furiosa (Charlize Theron – hard as rock), legs it with five of Joe’s prized wives (young and waifish Benetton models to the last) the dictator sets off in hot pursuit, leading a convoy of motorised metallic monstrosities mostly driven by his Morlock-like slave army.

Our hero Max has somehow managed to find himself the car ornament (and icky blood donor) of soldier Nux (Nicholas Hoult, disarmingly buff) but after an attack on Furiosa’s armoured vehicle goes awry he ends up, with Nux, on the run with Furiosa and her charges heading for a mystical green space across the wasteland, with the Imortan in hot and wrathful pursuit. That’s it for story really. Fury Road has no truck with Hollywood’s current penchant for loquacious heroism – there’s no glib Iron Man-esque jibes, no fish-out-of-water Thor silliness, no Bourne-style onion layer backstory – there’s a just a guy, out in the desert, doing what he can. What you see is what you get, and what you get is probably the most meticulous, ballsy and downright thrilling action film of the century. 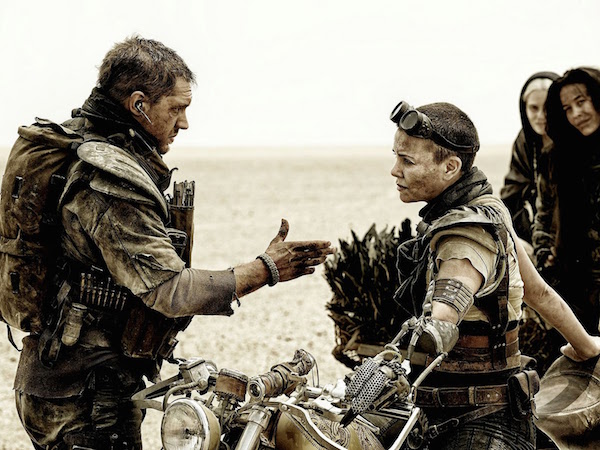 There are moments when you jerk momentarily from the mesmeric insanity onscreen, like like being re-ended in your car, and think “How the hell did they DO that?” The stuntwork, mostly done in camera and on location in the Namibian desert, is a masterclass of coherence within disorder – something that Michael Bay had so spectacularly failed to master in his bamboozling and boring Transformers series. Long, vertiginous shots capture the breathtaking ambition of the action sequences and create clear parameters of speed, space and distance, and as the steampunk behemoths clash, withdraw and clash again, in lesser hands this could have become a nonsensical chore indeed. Miller, miraculously, has instead created a thing of relentless and absolute post-industrial beauty.

It’s not that Fury Road doesn’t have time for humour. As well as the frankly batty visual japes (the unstopping thrash metal band in Joe’s convoy is hilarious, and Miller knows it) Tom Hardy imbues his tortured character with a palpable, and very funny, sense of the absurd – a raised eyebrow and a quizzical expression of dismay making his Max a warmer character than Mel Gibson’s dangerous and scary (but absolutely brilliant) reading. And, it’s a testament to the extraordinary craft here, that for the all the violence, explosions, punching, crashing and screaming, Fury Road is exquisitely light on its feet, always compelling and always with one more visual trick or gobsmacking shot to make sure the heartbeat never flat-lines. 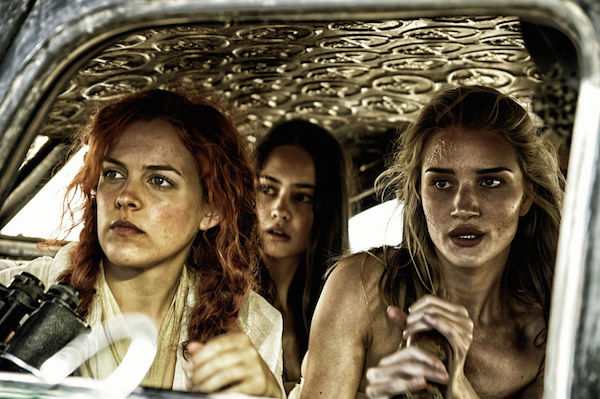 Fury Road may be the only adult-orientated blockbuster of the summer. Not that it’s overly bloody or sweary, it’s just resolutely not for children, and as such we should celebrate firstly that Warner Bros has supported it so strongly in a jostling crowd of kiddie-friendly superheroes and dinosaurs, but more importantly that the damned thing got made in the first place. Fury Road is pure, thrilling, muscular cinema, a fever dream that demands to be seen on the biggest screen you can find – though there may not be one quite big enough for this gut-punch of mythical film-making.