The Tate Britain is playing host to the first major exhibition of Barbara Hepworth in London in almost 50 years, bringing together over 100 carvings in wood, bronze and stone.

The seven-room exhibit follows Hepworth’s career from the late 1920s and early 1930s, when she and her fellow avant-garde artists were experimenting with direct carving in stone, through to the bronze sculptures she made for the inaugural Rietveld Pavilion at the Kröller-Müller Museum in the Netherlands in the 1960s. 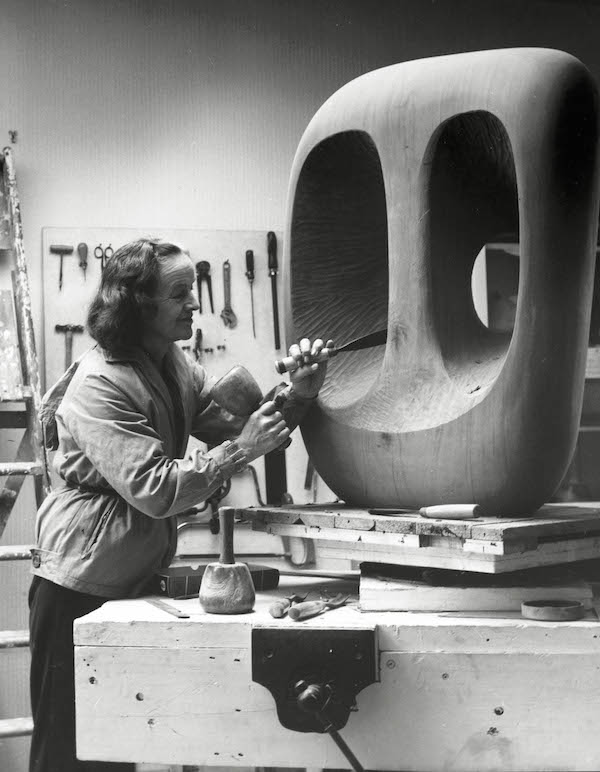 The 30-year journey on display includes stand-out pieces such as Pelagos (1946), a sphere hollowed out to mimic the shape of a wave, taut strings threading the two ends together, two colours marking the distinct boundary between interior and exterior; Corinthos (1954-5): one of four warm and glowing carvings made from guarea wood from Nigeria, in memory of Hepworth’s journey to Greece to recover from the untimely death of her first son, Paul, in 1953; and Oval Form (Trezion) (1961-3): a bronze sculpture that bends and circles in a seeming single fluid motion, as though Hepworth were painting with light or a stream of water

These pieces show the artist at her best – emotive, dynamic and terribly exciting. 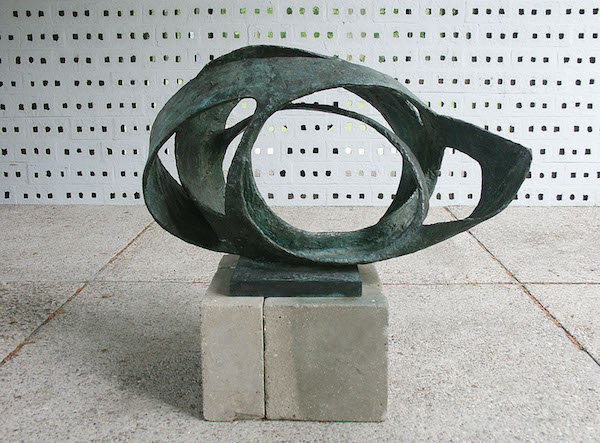 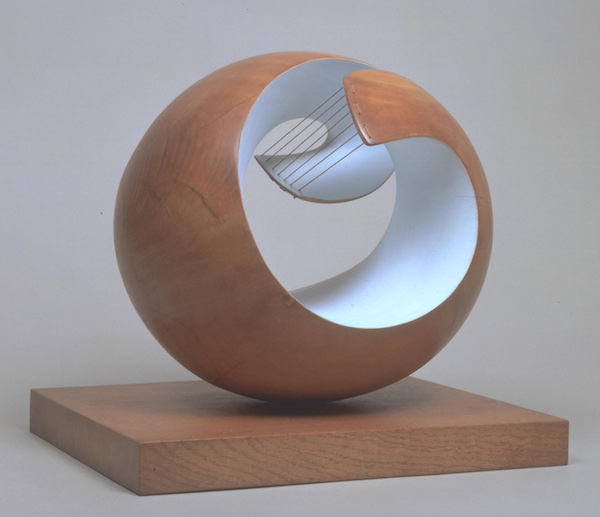 It’s duality of Hepworth’s work that is most compelling. It’s how she plays with light and shadow, inside and outside, vertical and horizontal. Additionally, by piercing her sculptures, by hollowing out recesses in marble, by tunnelling through stone and wood, she is changing our perception of negative space. In Hepworth’s hands, the absence isn’t emptiness – it becomes a concrete element, integral to the experience of the whole.

As Hepworth herself said, “Vision is not sight – it is the perception of the mind. It is the discernment of the reality of life, a piercing of the superficial surfaces of material existence, that gives a work of art its own life and purpose and significant power.”

But for all it’s moments of splendour, the exhibit is not without its flaws.

The first is that the curators – Inga Fraser, Chris Stephens and former Tate Director Penelope Curtis – have got the balance of the exhibition wrong. Fearing that Hepworth has been relegated to the ranks of ‘local artist’, dominated by Yorkshire and Cornwall ties, they hang the exhibit on the idea of Hepworth as a prominent figure in the international art scene.

This is not a large enough idea to support an entire exhibit, and indeed, a couple of the rooms felt rather light in substance and context. This does little to help visitors who are new to her work develop a comprehensive picture of this multi-faceted artist. She is a product of her time and environment, and there is no need to focus on one aspect at the expense of others.

The second issue is in the layout of the exhibit and the decisions made around display. The first room attempts to show Hepworth’s carvings in dialog with the other sculptors of the time: Henry Moore, Alan Durst, Ursula Edgcumbe and Elsie Henderson as well as Hepworth’s first husband John Skeaping. The second room explores the deep collaboration between Hepworth and her second husband, Ben Nicholson.

However, the rooms are heavily skewed in the others’ favour and as strong as Hepworth’s pieces are in both these rooms, they lack the necessary volume to make an impact, leaving her worse off for the comparison.

The sterile display in a few of the rooms – art encased in clear boxes – is anathema to what Hepworth believed about sculpture and its relation to the natural environment. She believed art should be integrated as part of architecture and design – that it should be part of the planning, not an after-thought that merely adorns or decorates a space.

This is remedied in the final room, a recreation of the Rietveld Pavilion with the delicate but substantial bronze sculptures situated among 1960s modernist walls and a garden setting. It is as though you emerge from darkness into light and the rest of the exhibit would benefit from this approach.

Overall, however the quality of Hepworth’s art and her importance shines through. This is a compelling and intriguing exhibit that is a perfect way to wake up a sluggish summer brain and get your autumnal juices flowing.