All clothes Lulu’s own

It’s a blazing hot day at South by Southwest (SXSW) festival in Austin, Texas, and one act is stealing the show. A ripple of excitement moves through the crowd as Lulu James, aka Third Culture Kid, bursts onto the stage, her outfit a fierce combination of modern and Maasai, with handmade techno-tribal accessories and mirrored knee-length boots, as befitting a dancefloor warrior. Billed as an emerging British electronic and soul singer, she speaks in an accent that veers between London cool and Geordie sass. 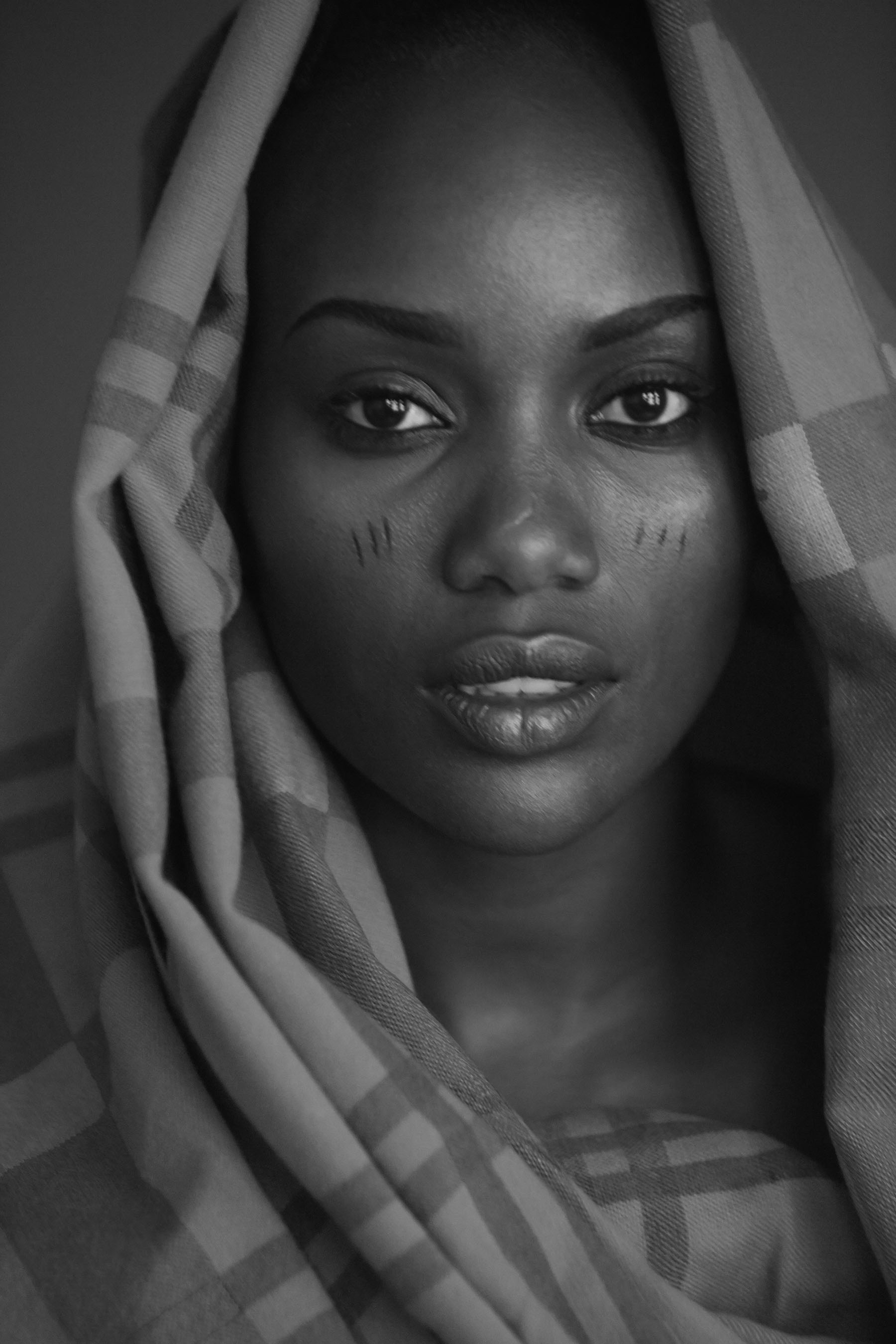 Then the music starts. It’s contagious and over-flowing with the same energy that Lulu exudes, a winning mix of unstoppable tribal beats, African field music samples and catchy electronic textures, all providing the perfect sonic backdrop for that warm and melodic Third Culture Kid vocal. Engaged and relaxed, Lulu works the crowd like a natural.

As the set reaches its peak, Lulu and her bandmate Nicole rock the stage with some improvised Maasai dance moves. Strangers make eye contact, knowing this is something special. Afterwards, outside the venue below the unrelenting sun, Lulu continues to shine, cracking smiles at well-wishers and greeting new fans.

Three months later, Lulu is in front of the camera at PHOENIX studios in London. Draped in a rich blue Maasai sheet, she holds herself tall, maintaining steady eye-to-lens contact. Again, there’s that presence. We wrap, and the moment’s gone, with Lulu and the team breaking into exuberant conversation. But the calm stillness of that image, depicting the 27-year-old singer draped in traditional African textiles, resonates long after the shoot. 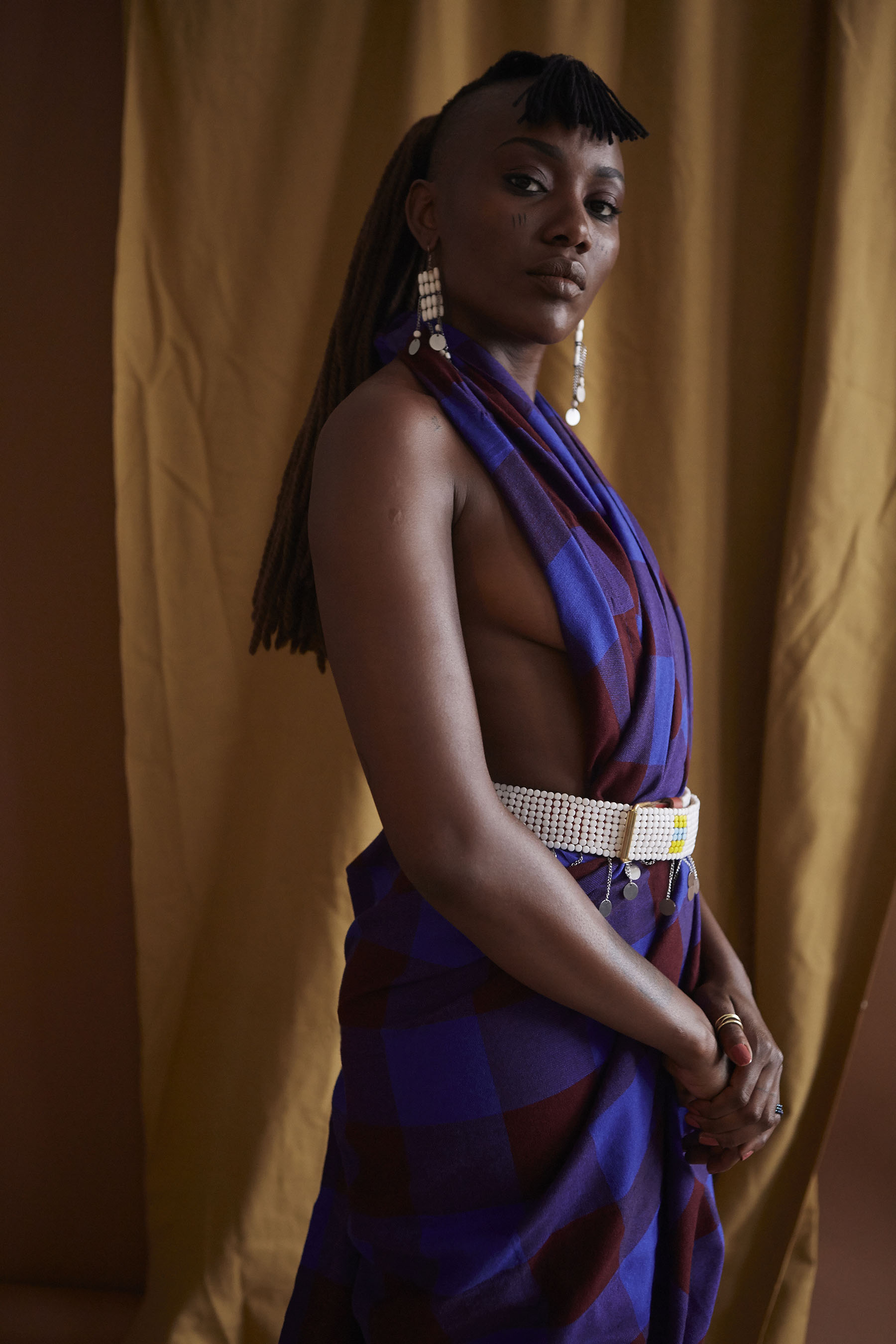 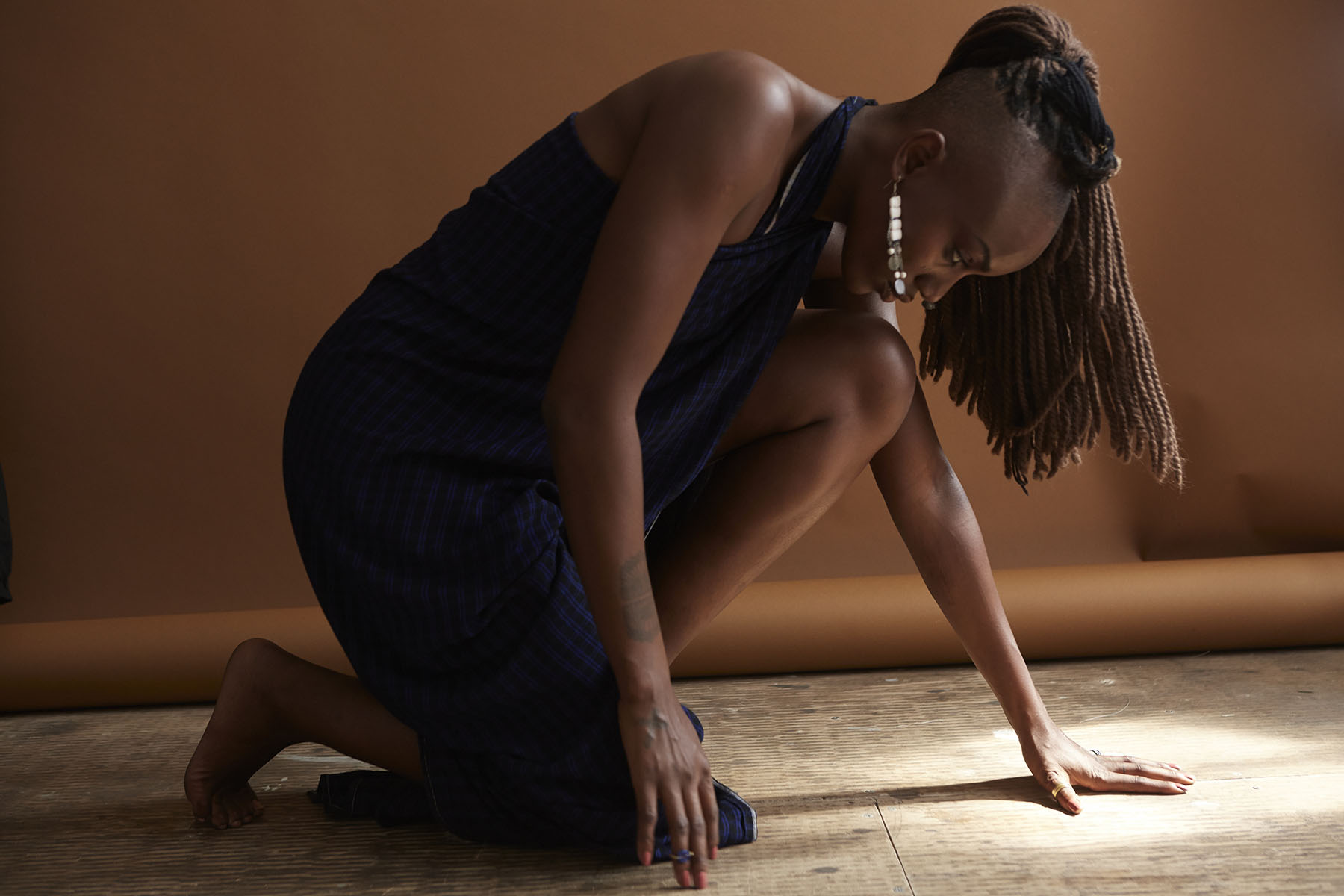 Lulu was born in Tanzania and lived with her grandparents until the age of six, when her mother came over to bring her back to the UK for a life in Newcastle. Her early childhood on her grandparents’ farm sounds idyllic, but was not without its difficulties. “My mum came to visit me for the first time when I was three years old, and I was running away from her screaming: ‘I don’t know who you are!’” says the singer. “I ran into my grandad’s storeroom, tripped on something, and my face landed directly on the spikes of a coffee bean hulling machine, which cut my nose completely in half.”

It was a massive culture shock. I became a child from Newcastle and forgot that I was from Tanzania. It was the 90s, racism was still at large and I had to deal with it.

Relocating to the UK brought its own set of issues. “It was a massive culture shock. I became a child from Newcastle and forgot that I was from Tanzania. It was the 90s, racism was still at large and I had to deal with it.” While Lulu is keen to underplay the impact that these experiences had on her, the pain she went through is tangible. “It’s not a sad story, I had amazing people around me, but… racism was repetitive in my life, all the time, even past leaving school.” The cumulative effects were huge, and long-lasting: “I developed this fear of going back to Africa, I didn’t even have black friends, I had been taught that ‘black isn’t nice’ because all I had known was abuse about being black. It takes a lot of years to work on that.”

Music provided some sense of cohesion. In Tanzania, Lulu was taken to church by her grandmother every weekend, where she learnt to sing at the age of two. Newcastle gave her the chance to sing in school plays, along with a new diet of pop music that helped her learn the English language, from the Bee Gees to Whitney Houston via The Spice Girls.

At 21, Lulu left Newcastle for London, and following her move to the capital began releasing her own material, collaborating with a host of acclaimed artists like Jon Hopkins, Kidnap, Pablo Nouvelle, Gorgon City and Josh Barry. Back then, she had no idea that the quest to find her musical voice would take her much further afield. “I’d always felt like something had been missing in the UK, but I didn’t quite know what that was,” she explains. Then, the epiphany came: she would return to her native Tanzania to reconnect with her heritage and share her craft. “I wanted to take my music back to the people that raised me in my early years.”

The Maasai warriors jumped on there and just did their own thing, creating their sound and putting their energy into the tracks. I think that was the moment where I felt I was me. I felt the safest and the happiest then, I accepted both cultures…

The journey back to her motherland set Lulu on an entirely new creative path and, incredibly, saw her initiated into her Maasai tribe. She points to the three small scars on each cheek, and a large circular scar on her upper arm. “The warriors took me into their Boma, their camp, and they blessed me, they marked me and they branded me.” Lulu talks about this time – the moment when she “first began representing myself as a Third Culture Kid” – as being deeply restorative and clarifying. Tanzania was a balsam in comparison to her hectic London life. “It’s very hard to explain, but it was exciting to wake up every day. London has got its own vibe but it’s up and it’s down, it’s more sporadic. In Tanzania there was a consistent vibe of just… soul.” 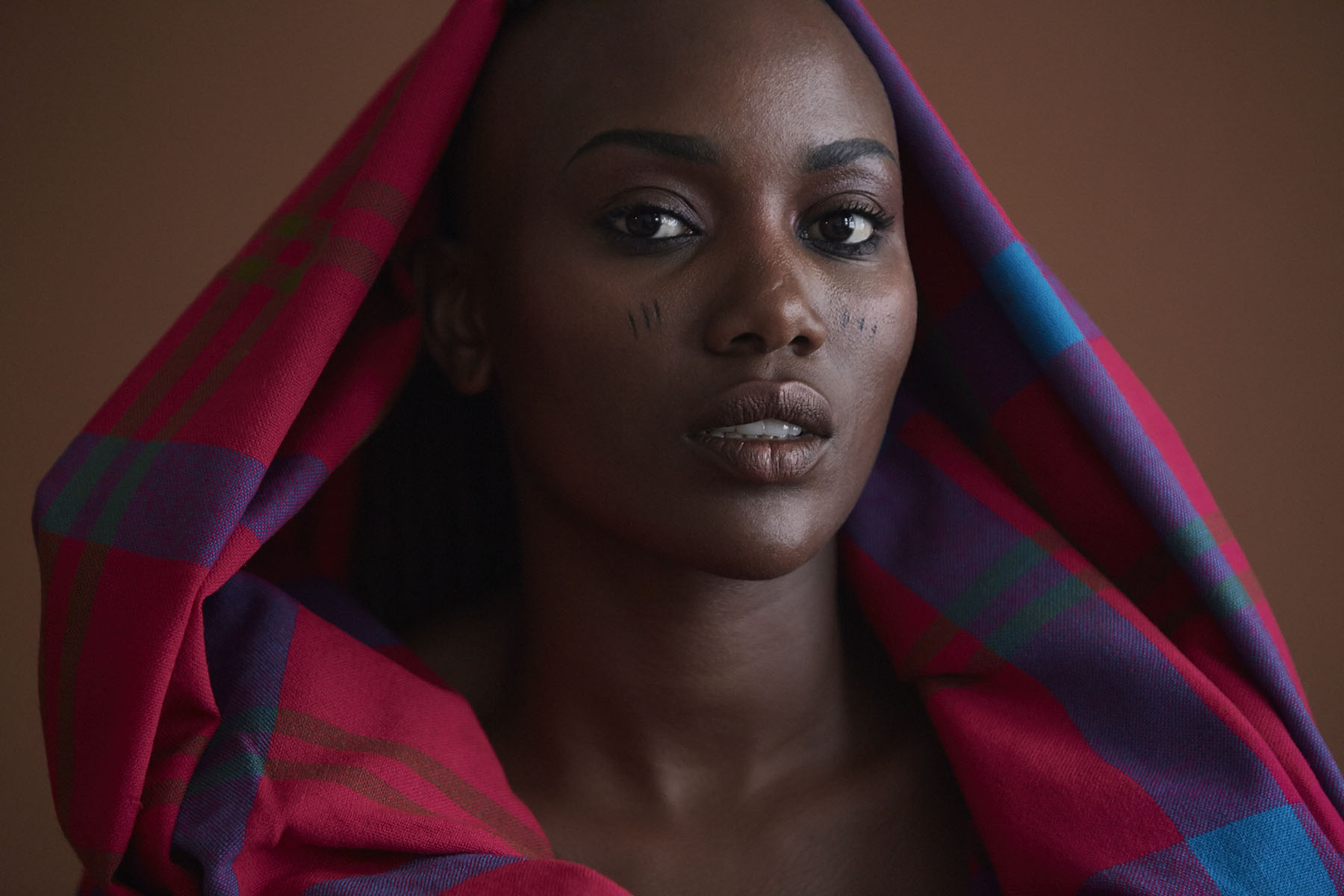 After the initiation, Lulu embarked on recording her upcoming album, due to be released this October, in Mto Wa Mbu, Tanzania. “They gifted us the studio and there were local musicians in and out of the studio every day. We were letting everybody do their thing, people made such an effort”. Engineer Faz and local Arusha musicians Hija and Wiseman, whose influence is prevalent throughout the album, helped Lulu to write and sing in Swahili, and learn her language again. UK guests included her close friend M.A.X., Amir Amor from Rudimental, and Oliver Keen from Electric Jalaba. This act of bridging two worlds, and the friendships forged as a result, is what the album is all about. “The Maasai warriors jumped on there and just did their own thing, creating their sound and putting their energy into the tracks,” says Lulu. “One night in particular, when we wrote ‘Zim Zimmer’, everybody contributed something to the song. I think that was the moment where I felt I was me. I felt the safest and the happiest then, I accepted both cultures and knew exactly where I was from.”

The influence of the Maasai people has stayed with Lulu, and even had a trickle-down effect on her personal style. “The women have shaved heads and a lot of the boys wear this thread,” the singer points to her hair. “They did it for me and… it got really messy,” she breaks off, laughing. “What I learned from them was practicality. Even my shoes are made of tyres! I wear a lot of Maasai sheets and every day I just wrap them up in different ways. I love dressing my body up and how good it feels.” 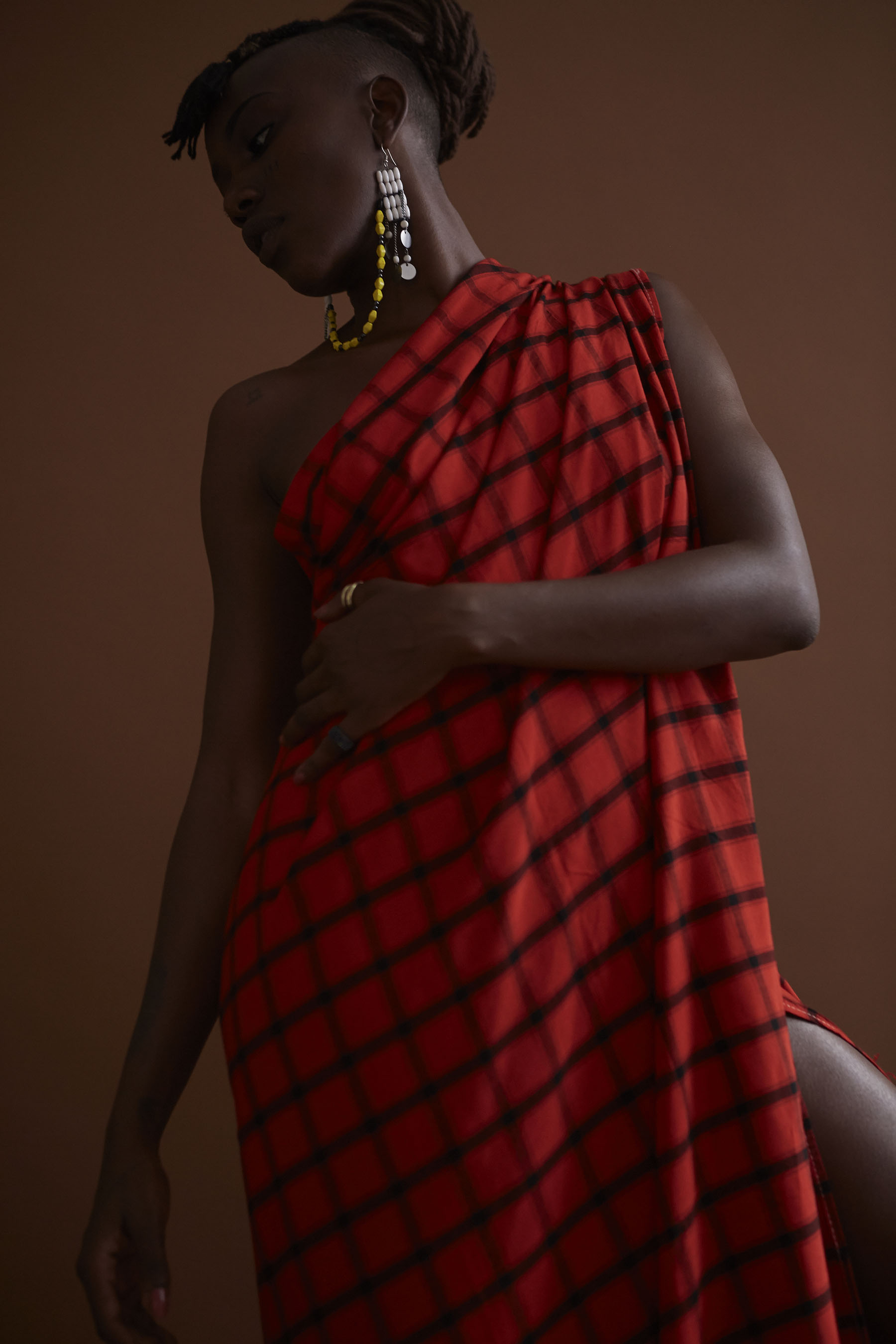 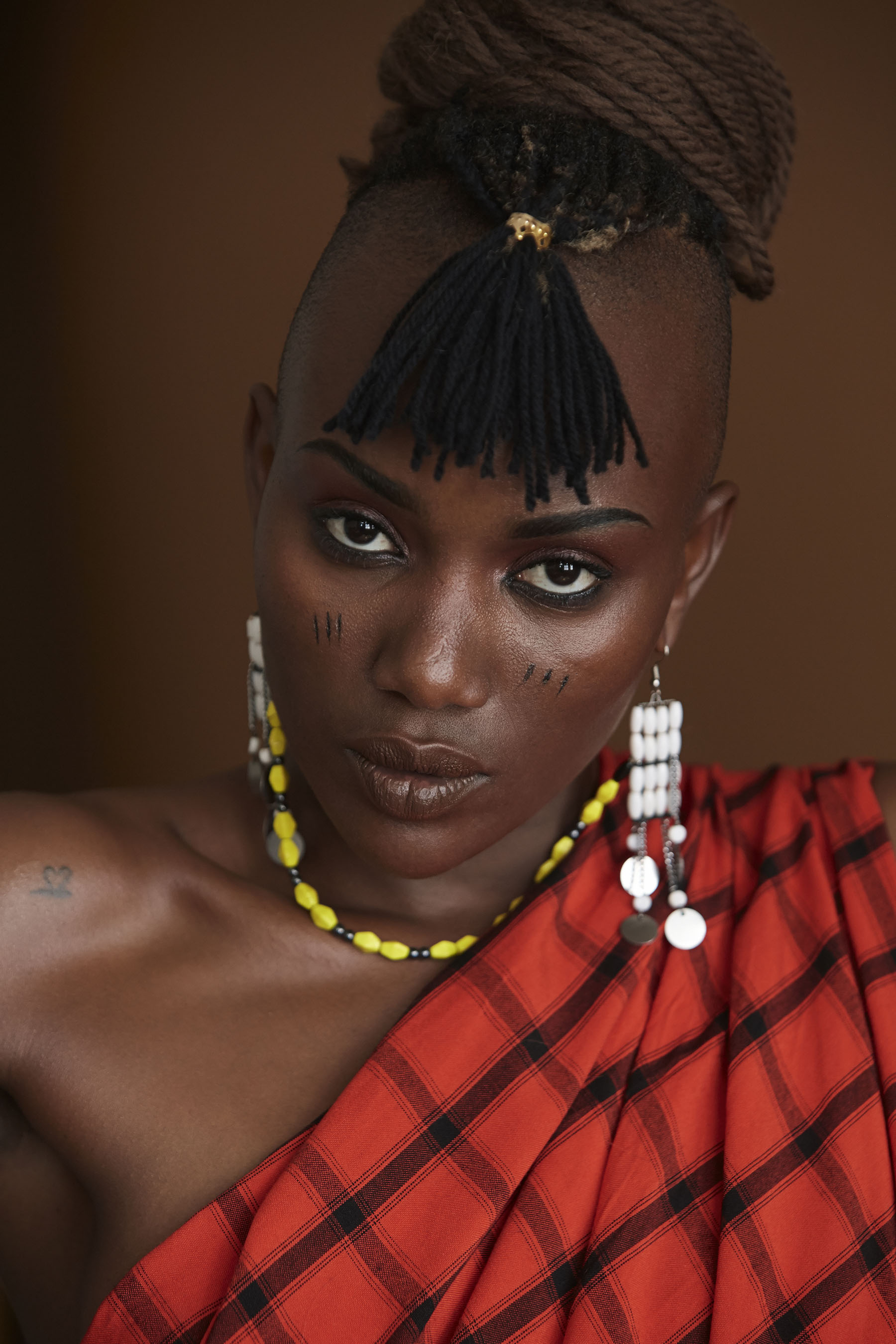 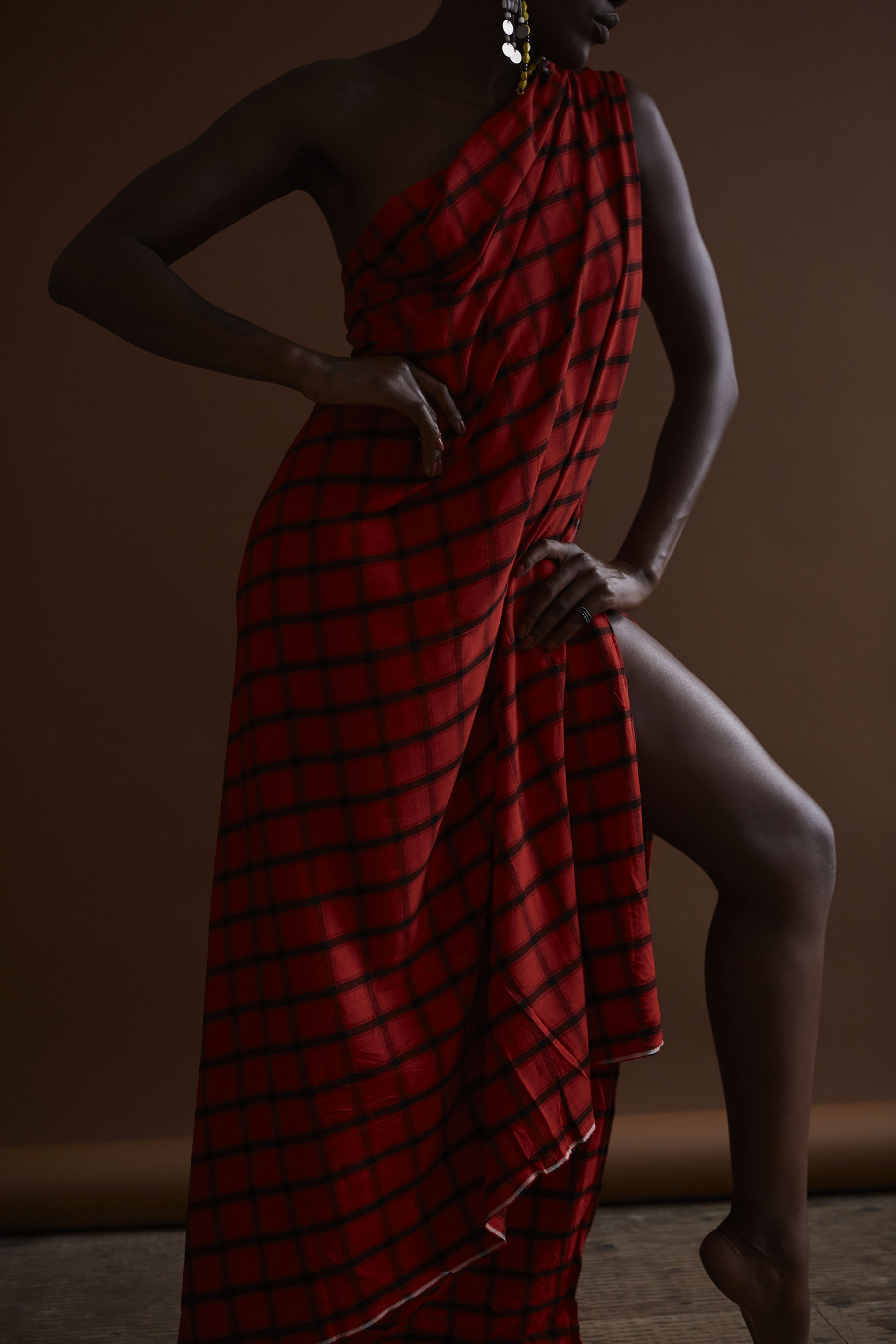 On the subject of style, Lulu is quick to namecheck the brand Sorapol. “They make the most simple things into the most outrageously amazing things. Their fashion shows are sick.” She also adores Pam Hogg and goes to Fashion Week primarily to see those two designers. “I take that inspiration and make it my own, jazz it up a little bit, maybe with accessories or different colours.”

Like the best artists, Lulu’s creative expressions are a reflection of a kind of tireless soul-searching, a restlessness driven by a need to better understand the world and our place in it. As she puts it: “I think that ultimately our main aim as humans is to constantly progress and constantly connect. We do that through everything: through culture, through food – and through music.” This Third Culture Kid is on a bold sonic quest, and we can’t wait to hear the results. 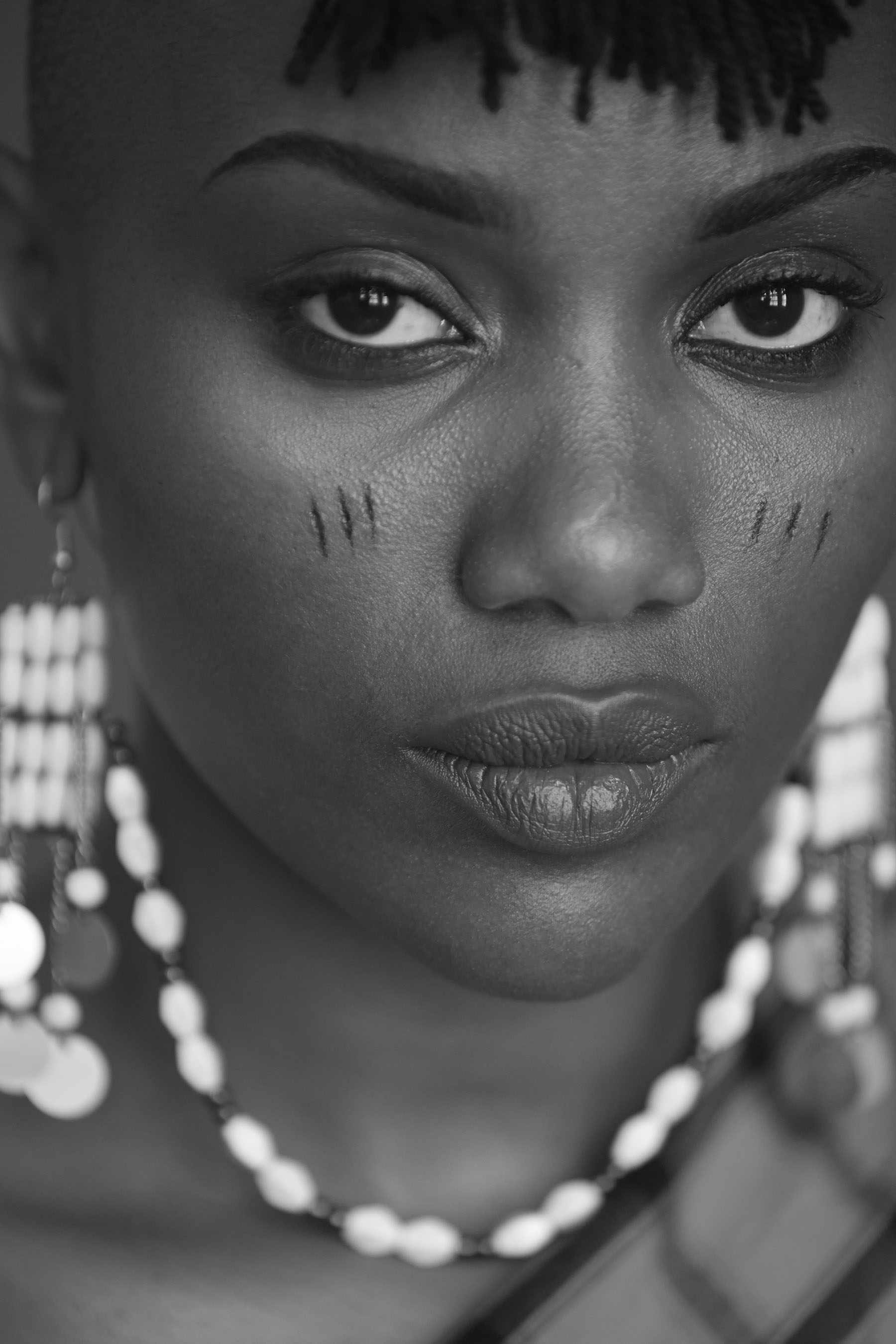 All clothes Lulu’s own