“Forgive others and forgive yourself. Be kind… be kind.”

Speaking in the same calm, purposeful voice as his recordings, Common (born Lonnie Corant Jaman Shuka Rashid Lynn in south Chicago) exemplifies a kind of cool, conscious masculinity. It would be safe to call him a modern Renaissance man. The 47-year-old LA-based rapper, actor, writer, activist and philanthropist is tirelessly creative and hugely successful as an artist. His work has been recognised with multiple Grammy, Emmy and Academy awards, including winning ‘Best Song’ at the 2015 Academy Awards and Golden Globes for Glory with John Legend. Common uses his position to help others, and set up the Common Ground Foundation in 2011 to empower high school students from under-served communities to become future leaders.

His own life has not been without trauma. His New York Times bestselling book, Let Love Have the Last Word, spoke of an alleged sexual assault by a family member. We speak shortly before he hosts a listening party for his brand-new album Let Love, named after the book. Common is in the midst of a whirlwind promotional schedule, but he remains deeply present during the conversation. He speaks with the hard-won serenity of someone who has done a lot of work on himself.

The album is of huge importance to him, he explains. “This album is created to give people life experiences that I’ve had, and the things that I’m experiencing now, that I’ve utilized to help me to grow. I want this album to be something that is inspiring for others. It’s soulful and touching for people to feel like life can be great, and life can be better. We all go through things and experience things, but we overcome those things with love being at the forefront, and love being the last thing that we do, that’s why the title is Let Love. I’m just being really vulnerable and open about my experiences with the hopes that it can heal, it can inspire, it can bring people closer to themselves and to God.” 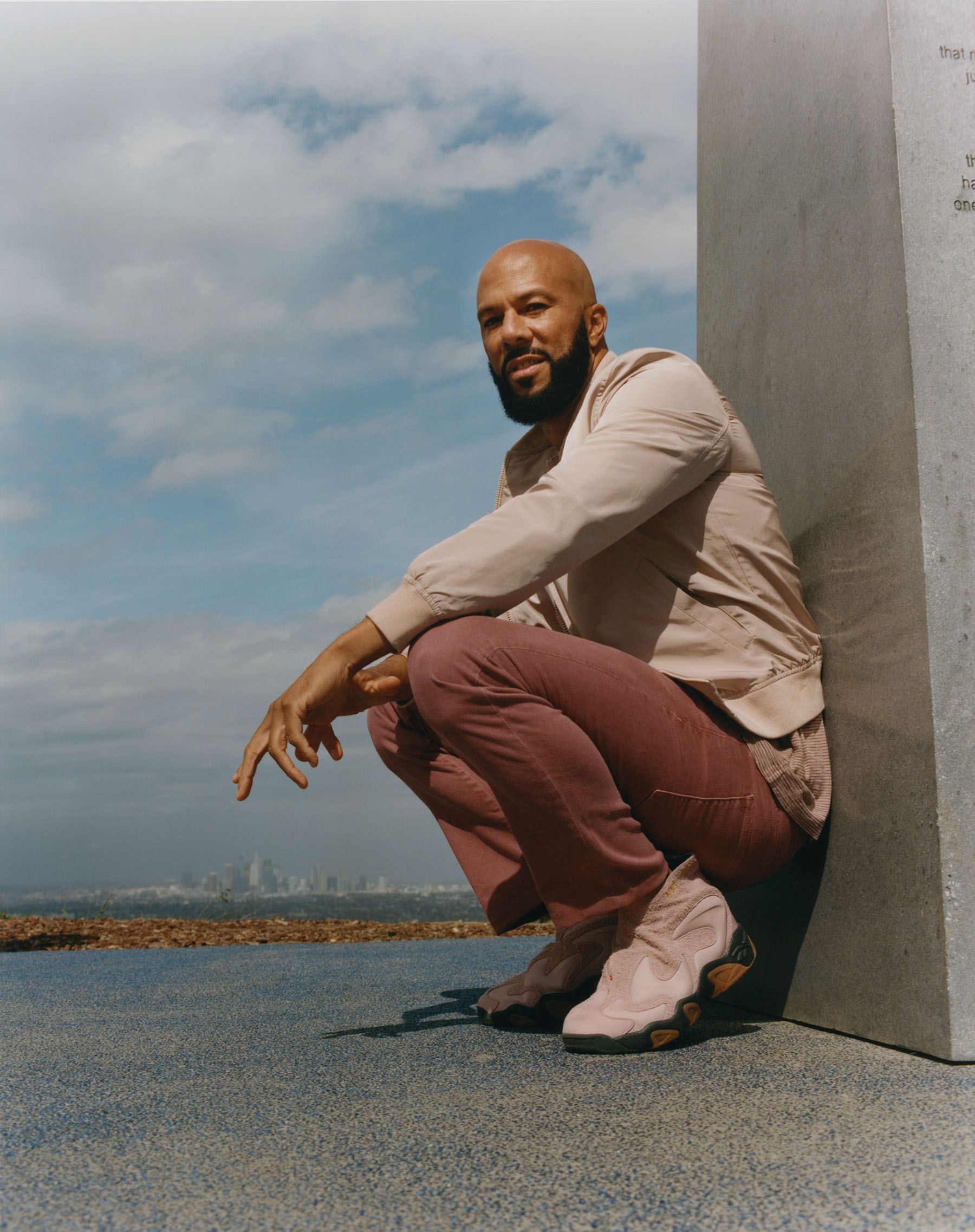 Seek God.
I seek God through prayer and building a relationship with God. I read the Bible, but I’ve read chapters in the Koran and read books of Buddhism. My thing is just to seek God, find God for yourself. My mother took me to church when I was growing up, but I added onto that foundation by finding out what my relationship is with God.  And when I say ‘seek God’ that means putting God first and seeking out to build a better relationship. Like the way when you work to seek out your dreams and seek out a job. You look, and you find, and you do your best, you do your diligence. My thing is to be diligent towards seeking God, and finding God in the ways that connect with you. You know in your heart and soul that’s something no one has to tell you. When you feel God, when you know God, you see God. You obviously have others there to support, and you have people there to help guide you and give you understanding. But your God created you, and you know when God is speaking to you. It’s just you have to be clear and hear it.

Allow Love to Be at the Top of Mind.
When I say ‘Let Love’ it just means making love, or practicing your life even when your emotions overcome you, and an emotion of anger or disappointment may overcome you. Ask yourself, how can love be the presiding thing that overcomes that feeling of anger. You have got to practice that by having different techniques and different things to help you in that moment. There are times where I’m frustrated, I’m not happy about something, and I’ve got to do something to centre myself. Mindfulness and awareness and breathing techniques help me to love. Love is an action word and a practice word, and being able to be in a situation and listen to other individuals, listen to people that you care about, even people that you don’t know, to be able to hear them out and acknowledge them, that’s showing love.

Be Creative.
Creativity has been one of the greatest gifts God has given us. We are creators created by The Creator, so we have the ability to be creative, and to put creative things into the world. That creativity gives you a chance to release certain things, to connect with things within yourself and also others. Creativity gives you a chance to express things in a healthy way. Many times, I’ve been dealing with hurt, and I’ve been able to express it creatively, and that has been healing in itself, and cathartic. So, creativity is another gift that you can give to the world. It’s a gift that you have; you can give it and share it. Think about much art has inspired us. Or just being creative in your thoughts and the way you approach things too. That’s creativity.

Operate in Greatness.
In everything you do, you want to strive for excellence; you want to strive to be in greatness.  You don’t just half step or do things like half-assed or without passion or caring about it. Even if something is not your thing, you still want to be not only prepared but delivering at the highest level. In operating in greatness you also inspire others, that’s why we call people the Greatest Of All Time. People say Muhammad Ali was the greatest; part of that is him operating in his greatness, inspiring others to be great. I think when we when we operate in greatness you are doing good for the world just by being at the top of your game, being the best of who you are. You naturally, organically inspire others to be better because they witness it. That’s why people are enamoured by Beyoncé because she’s operating in her greatness.

Forgive Others and Forgive Yourself. Be Kind. Be Kind.
Forgiveness is a way to help heal yourself, and to help yourself to be happy, allowing yourself not to carry around the pain and anguish of things that could weigh you down. It could be things from the past, it could be something that you’ve experienced with somebody, and you allow that to overtake you and then it distracts you from what you really purposed to do, and what you are focused to do. So, forgiveness is beneficial for you and for the other person. Forgiving yourself is like not carrying that, not letting things that you’ve done just continue to weigh you down. Like you beat yourself up, and you’re not able to be operating in your greatness because you are continuously focusing on ‘Man, I didn’t do this and didn’t do that.’ Well, part of life is making the mistakes and learning from them, and going forward. That’s what builds character.

He concludes by expressing gratitude for the chance to put Let Love into the atmosphere and mentions that he is looking forward to coming to the UK to perform. I suspect his forthcoming concerts will be exceptional. You can catch his ‘Let Love’ tour this month at the O2 Shepherds Bush Empire on the 10th, and the O2 Ritz Manchester on the 12th. 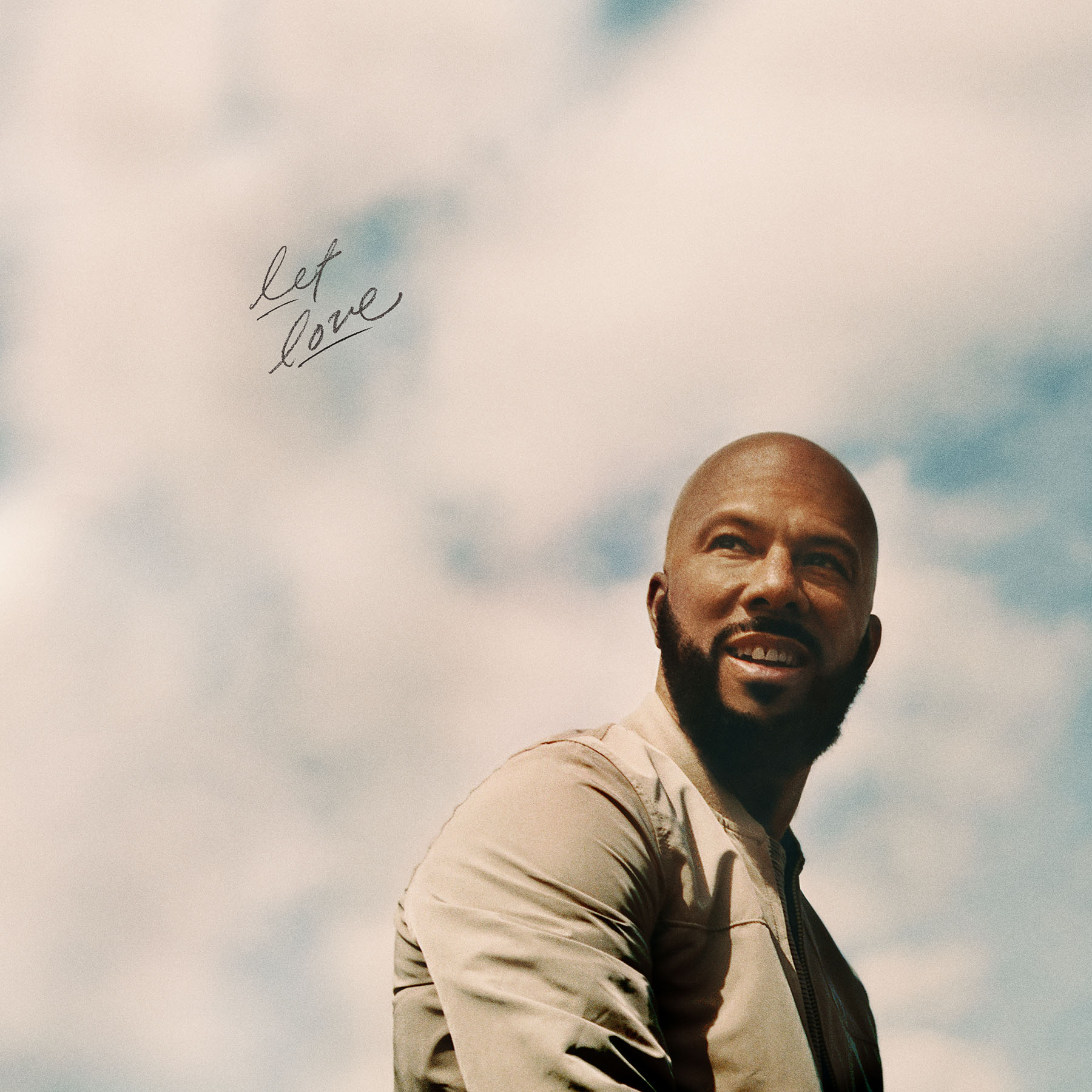