On View Now: How and Why Picasso’s Summer of Love and Personal Reflection, 1932, Fuelled His Love of the Female Form

Tate Modern’s big summer show ‘Love, Fame, Tragedy 1932’ acts as a window into the Picasso’s life when everything was good. The prolific artist was experimenting in several media while infatuated with his mistress muse Marie-Thérèse Walter, and as such the female form, seen in the oil painting Nude, Green Leaves and Bust (1932). The horrors of the Spanish Civil War which fuelled masterpieces such as Guernica (1937) had yet to happen.

Picasso’s ongoing appreciation of neoclassical subject matter – voluptuous female flesh and his famous bulls (seen in both in oil painting and decorated pottery) became increasingly deconstructed and linear, as he pioneered the new style cubism alongside George Braque. Such revolutionary developments were was only made possible by Paul Cezanne’s revolution in traditional painting style with his series ‘The Bathers’, of the series you can see the piece Les Grandes Baigneuses (1898) at the National Gallery in London, Room 41. 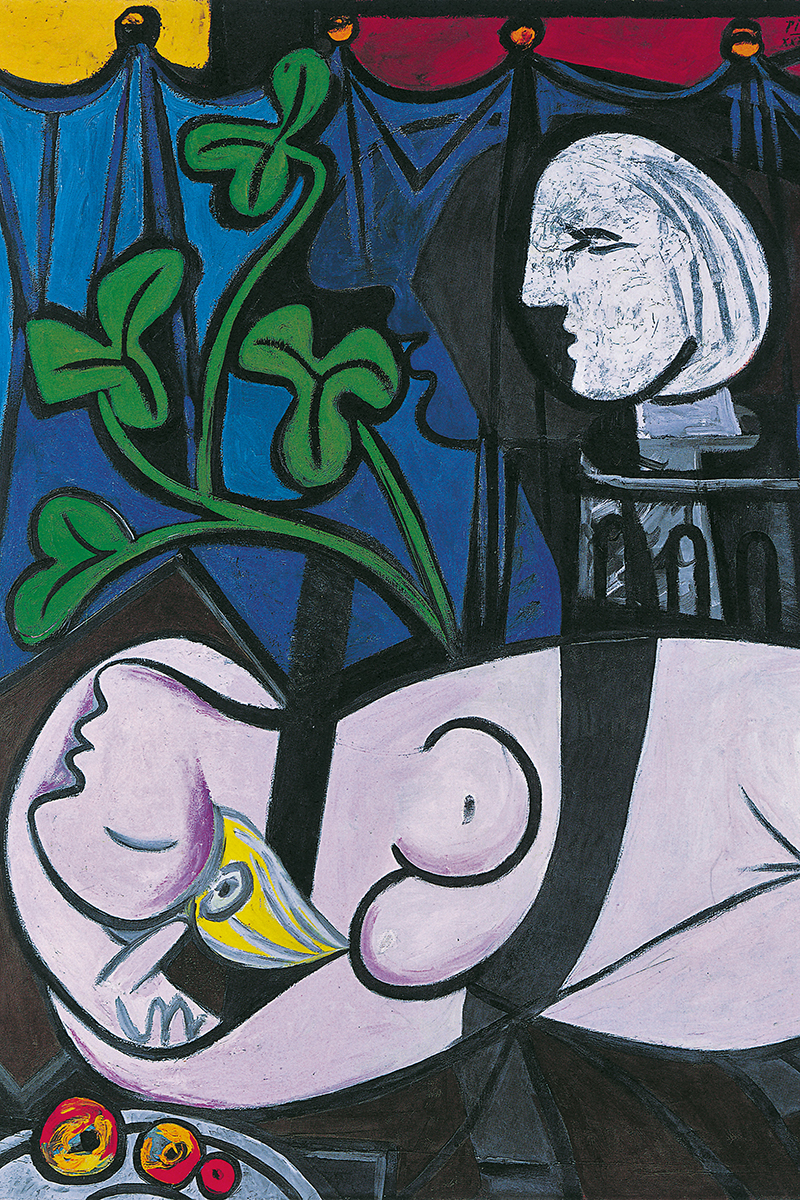 June is a glorious month in the calendar; time to settle in to the summer and think of summers gone by, while planning shenanigans and, of course, a lot of lolling around. Artists through the ages have responded to the summer months in various ways, and Picasso in particular would decamp to the South of France to potter away on his myriad practise which spanned terracotta pottery, painting, sculpture, drawing and not to mention his favourite past time: being and falling in love. Showing now at London’s cavernous Tate Modern is delicate and vivid display of the artist in his vintage year; 1932.

‘Love, Fame, Tragedy 1932’ spans the artist’s fateful year when he was already 51 years old, considered by some well past his prime. Palpable through the works is the agony of his increasingly estranged wife Olga, and the public ‘coming out’ of his relationship to his long-time secret lover and muse Marie-Thérèse Walter, and the fame of his mid-career retrospective at the prestigious Grand Palais – a year after his artistic rival and chief nemesis Matisse held his own career retrospective at the legendary Parisian venue. The Nazi horrors of 1933, and his now epoch defining mural size oil work Guernica were yet to come and the year was a roller-coaster of wild emotion, upheaval, joy, sadness and artistic brilliance. The exhibition provides a lens into Picasso’s complicated life, love and of course his passion for art making and the female form (both on and off the canvas). At the height of his artistic powers, Picasso became obsessed by Marie-Thérèse making dozens of works that alluded to his utter fixation with her. 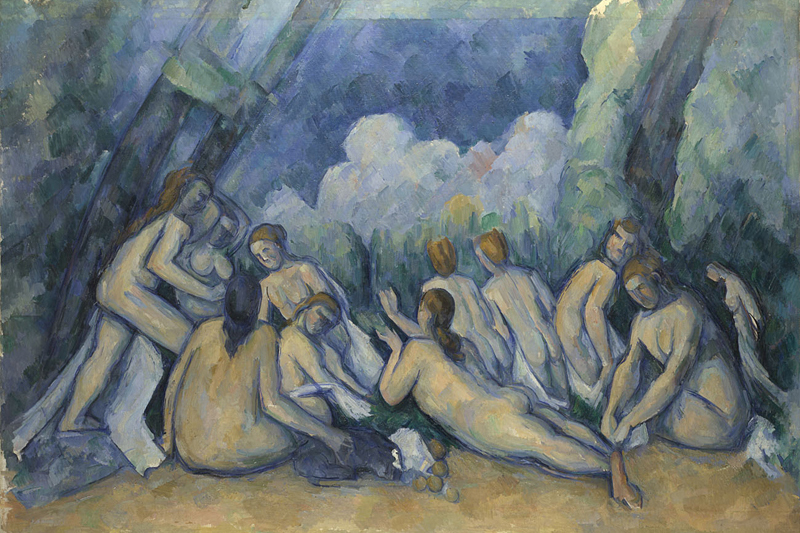 Les Demoiselles d’Avignon (The Young Ladies of Avignon, originally titled The Brothel of Avignon) is a large oil painting created in 1907 by Picasso, two years after one of his heroes Paul Cezanne completed the highlight of his ‘Bathers’ series Les Grandes Baigneuses after working on the piece for over seven years. Cezanne died just two years later, by which time Picasso had painted Les Demoiselles d’Avignon and effectively invented Cubism along with George Braque, who was also working on similar ideas in his work. Cezanne’s influence on Picasso and a whole generation of ‘modern’ painters in undeniable and ‘The Bathers’ is considered his masterpiece. As Picasso once said, “bad artists copy, great artists steal” couldn’t be truer in this case.

You can see Cezanne’s Les Grandes Baigneuses at the National Gallery in London – Room 41.