No Grand Narratives: Cecilia Knapp on the No-Frills Influences That Shape Her Poetry

Like any creative sphere, London’s poetry scene has had to navigate its fair share of peaks and troughs over the last few decades. The Poet Laureate has remained a steadfast – though largely inaccessible – British institution, while the 1960’s and 70’s saw young urbanites spearhead the British Poetry Revival, championing liberalism and raw artistic expression. Fast forward to the 90’s and dub poet Benjamin Zephaniah burst onto the scene, combining literary and spoken word cultures to mainstream success. More recently, artists like Kate Tempest and Hollie McNish have given voice to the female experience with a passion and humour that has taken them to both the Channel 4 News studio and the Glastonbury stage. Increasingly, poetry is traversing boundaries, shedding its outdated perception as the intellectual preserve of a chin-stroking minority and infiltrating global music festivals, iconic gallery spaces and TED Talks.

One young female poet riding this wave is Cecilia Knapp. Hers is a scene where everyone is welcome – from the artists on stage to the people in the audience – as she uses understated performance and arts spaces to create a truly inclusive experience. Exploring themes of mental health, loss and womanhood, she works closely with male suicide prevention charity CALM, the Campaign Against Living Miserably. She has performed at Bestival and the Edinburgh Fringe, taken on a yearlong residency at Camden Roundhouse, and received commissions from the likes of the BBC and Tate Britain.

In a climate where arts funding is at a pitiful low, it is poets like Cecelia, whose works are shot through with a refreshing sincerity and sharp bite of realism, who will fight to keep the arts front and centre. Here, she talks to PHOENIX about the influences that have shaped her work, from Tracey Emin to Lauryn Hill. 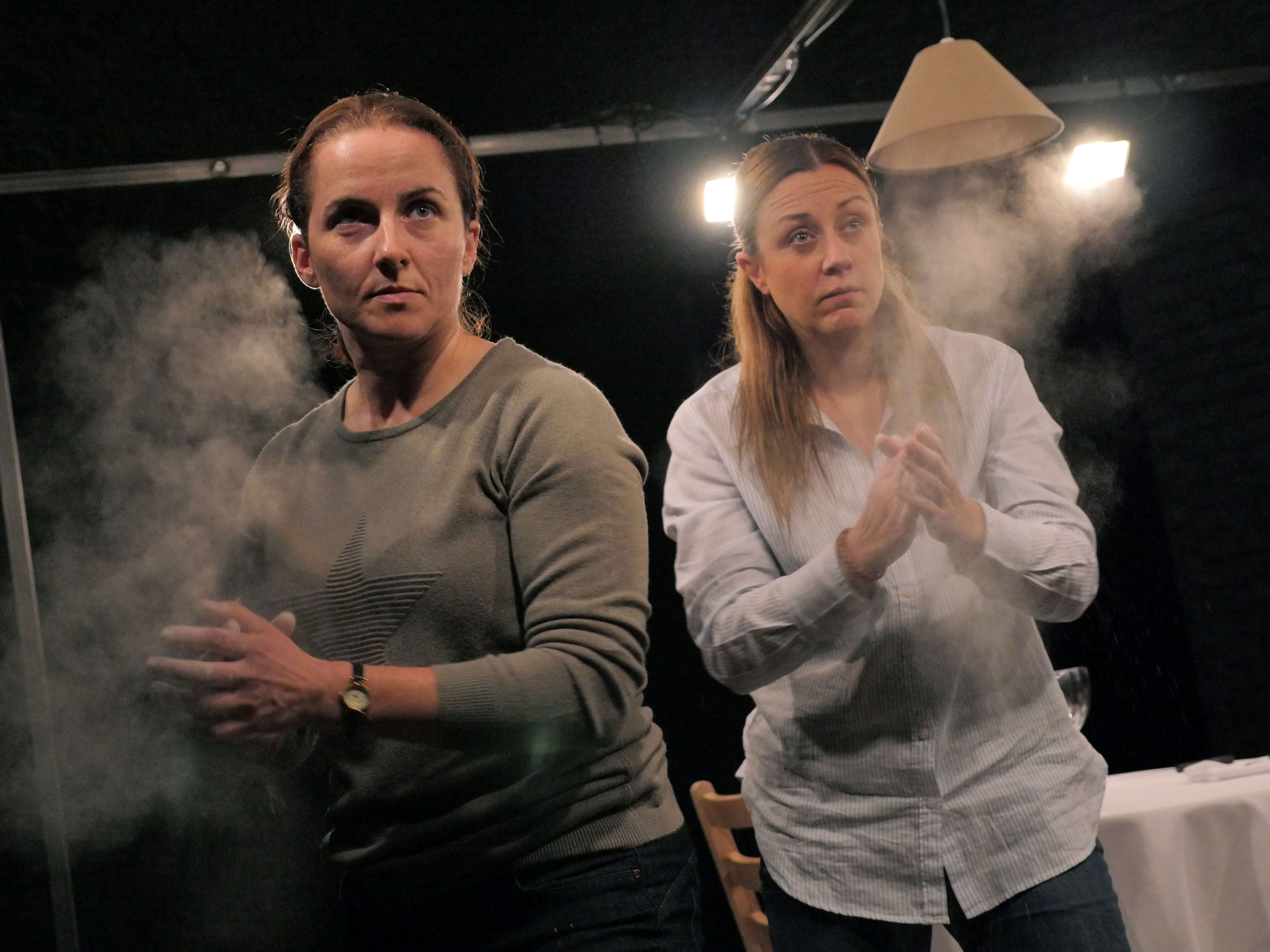 This was a hard one to choose, I love going to the theatre and I’ve seen some brilliant things. I’m writing my second piece for theatre at the moment. I’m completely obsessed with stories, hearing other people’s voices from all over the place, so watching plays is one of my favourite things to do. I chose Rattle Snake because it is a piece of work that is very much in alignment with my belief that art, particularly sharing stories, can serve such an important purpose.

Rattle Snake was devised using the experiences of women who have been victims of coercive, controlling domestic abuse. This type of abuse was only recognised as a criminal offence in 2015. Because the abuse is not always physical or violent, it can be hard for victims to identify that is is in fact abuse, and can also be hard for others, including the police, to understand it. It is an incredibly dangerous and frighteningly common form of abuse where victims are utterly controlled by their partners, isolated from their families and forced to live in fear. A lot of cases can lead to extreme violence and even women being killed at the hands of their partners (the majority of this abuse is carried out by men.)

Rattlesnake was originally developed as a training session for Durham Police to help then understand the nature of coercive abuse and be able to help victims who reported it. Watching it, you can see why it was such an effective method of training. The piece is simple, arresting, honest and raw. Knowing the content comes from real life accounts makes it all the more moving. The characters are well acted, real, three dimensional and accessible. The action is tense and unsettling. We see how two women have become embroiled in an abusive relationship with the same man, James. We watch as his control over them builds incrementally, from the subtle to the paralysing. Its impossible to come away from the play without a clearer understanding of what coercive control is.

This play is an example of my firm belief that putting vital messages into the form of art is such an effective way to breed compassion and understanding. Humans relate to stories, we’ve always wanted to hear stories, since the beginning of time. Watching this story play out on stage encourages empathy and understanding. It takes it from the abstract to the real, allows us to understand. It spreads a message, it makes an impact. It could help those who have experienced something similar to feel less alone and it will also raise awareness and go some way to preventing this form of abuse.

This idea of challenging silence by making art around it is something I’ve always tried to do in my work. My first play Finding Home was about the suicide of my older brother. I wanted to move the conversation around mental health and suicide forward in some way. At the time, I felt it was a stigmatised and silenced subject and perhaps, if there was a real, everyday story about it, it would not only help anyone who had experienced a loss like that – it might also go some way to raising awareness about the subject, encourage people to seek help, or just cultivate a little more empathy. 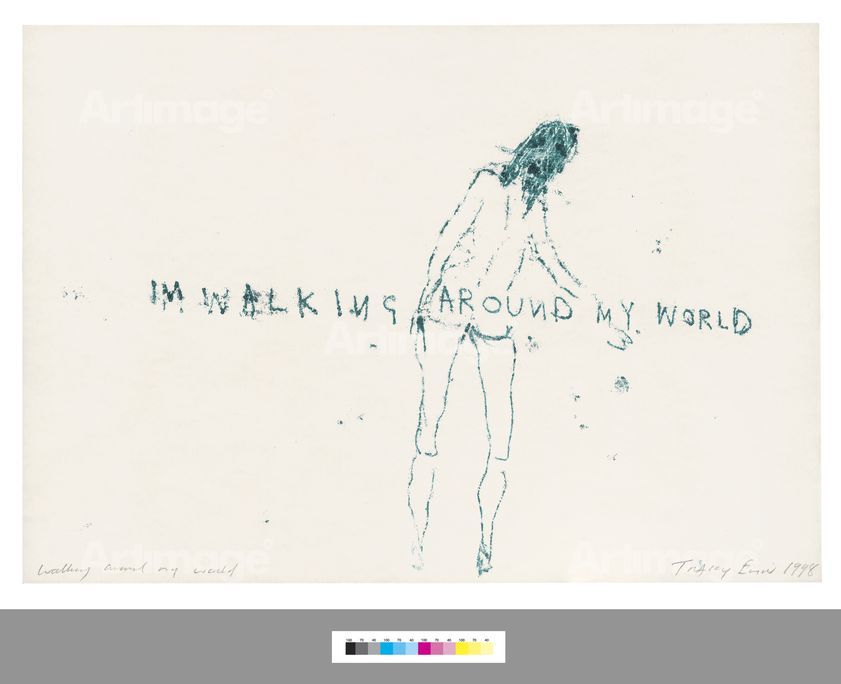 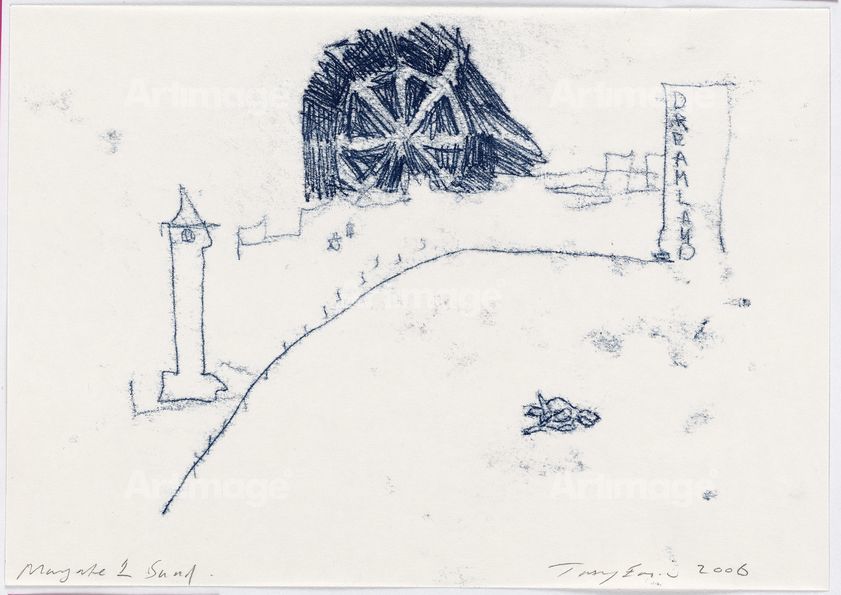 I’ve always loved Tracey Emin’s work. When I was about fifteen I had a big print of one of her sketches, the one that reads “You inspire me with your determination and I love you.” Its so simple. That feeling just laid out bare like that, it moved me.

I particularly like her sketchbooks, they inspire me in my own hundreds of notebooks that I’ve always kept – scrawlings of unsettling thoughts, questions, feelings, doodles. Maybe its because as a writer, you’re always trying to figure things out, what things mean, trying to concretise feelings and unruly thoughts, trying to pull something coherent out of the chaos, an observation, a story, attempting to convey huge emotions. I always appreciate emotional candour and I feel Tracey Emin really does that.

I feel like her sketchbooks and also her neon lights do this. I guess I’m attracted to them because they’re words, and words and stories are the things I like best in the whole world, but also because they resonate with me on an emotional level. My writing is always unashamedly about how I feel, the pain or love or confusion and I love nothing more than to see how others feel too. It makes me feel less alone. I write because it is cathartic but also I hope others read it and we can unite over that feeling.

I like how she talks about sex and being a woman in her absolute own way, not in a palatable or graceful or conservative way like women are brought up to do. She’s unapologetic and loud and gratuitous with her love, those flagrant displays of emotion, I understand that.

I saw The Florida Project recently. I went on my own and was so floored by it that I walked around London for a couple hours afterwards just ruminating on it. The film follows three children who live in a run-down motel on the outskirts of Disney Land Florida. The bright, gaudy colours and magical theme of the motels are in direct opposition with their existence; they are poor, mostly children of single mothers, and living hand to mouth.

But despite the harsh realities of their lives, these children run around seeking adventure where they can find it. They claim their summer for their own. This is all they know and they make it wonderful. The heat-filled, lazy days where they stomp around getting up to no good in grubby clothes, bartering for ice cream, exploring hidden places, reminded me of another of my favourite films, Stand By Me – the wonderful mix of innocence and experience that is children finding their way in the world.

It’s a film filled with beautiful moments. The bond between a mother and her daughter; resilience and determination to survive; a portrait of those who live on the outskirts of society; a beautiful and sympathetic depiction of a marginalised group. It’s also shot amazingly, the colours of the motels providing a perfect backdrop throughout.

I’ve always preferred films where there is no grand narrative, not heroic or filled with twists and turns. Just a depiction of real people and their lives. There is so much beauty and tenderness in the everyday, so much to be learned and understood. So many voices to give a platform to. And the more we share these voices, a wide range of them, the more we all understand each other. 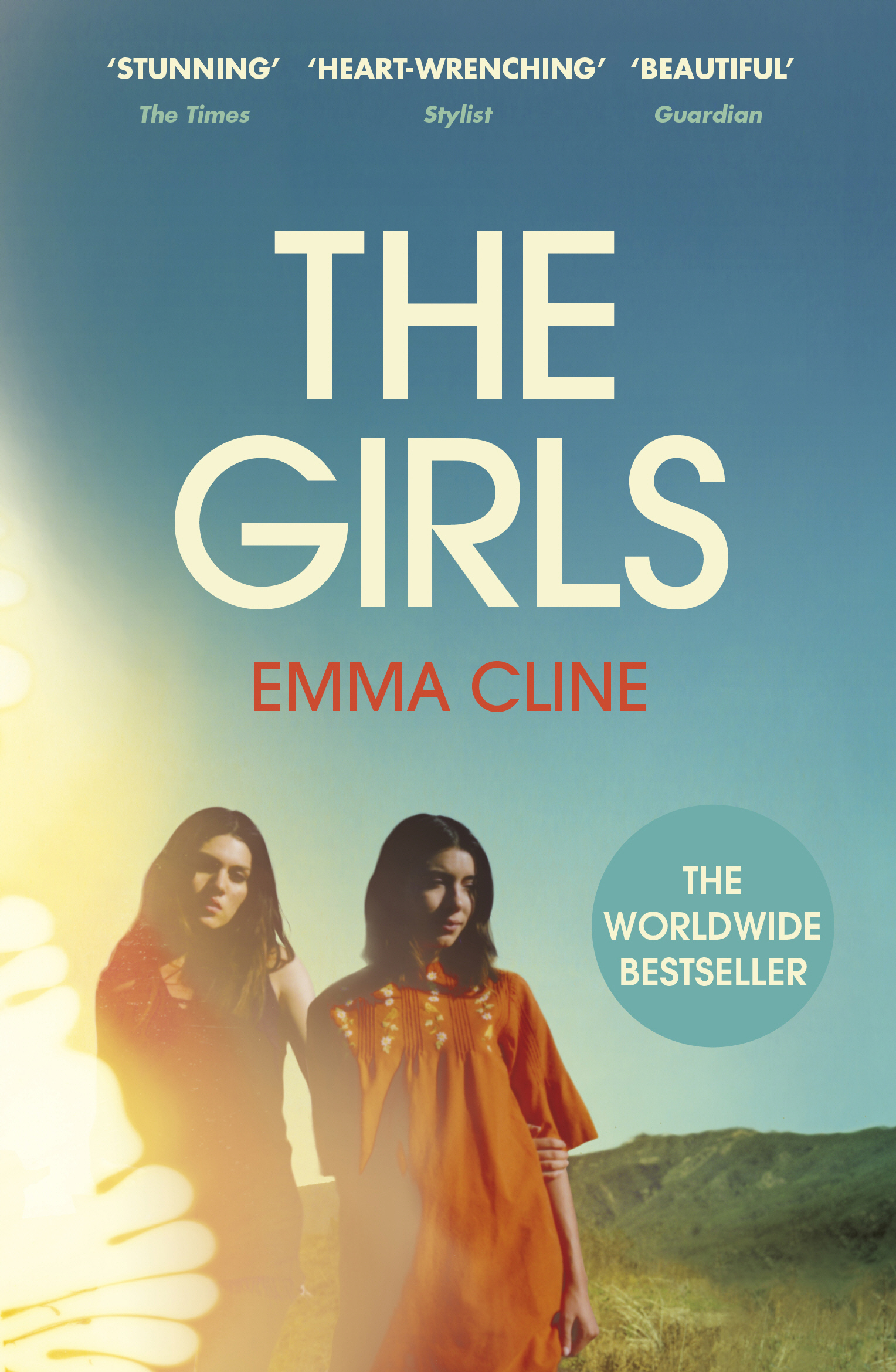 I can’t pick just one for this. I want to include The Girls by Emma Kline because I finished it recently and it floored me. I’ve never read such a spot-on description of the aching anxieties and insecurities of growing up female, the restless desire to be part of something bigger than yourself. The feigning of adulthood yet feeling so lost, beginning to understand the cruelty and ego of men. There were so many moments where I related to what she had written.

But I also have to include my favourite novel, NW by Zadie Smith. Reading this book was one of those life-changing moments. I’ve never felt so wedded to characters, so like I was living with them, like I knew them and had met them. I love how she writes about place and how important it is, how it sits within a person like a part of their personality, I’ve always felt like that about Brighton, the town I was raised in. I love the themes of female friendship, the precarious nature of them, how hard it is to be truly honest, the anxieties of the past, how it haunts you, ideas of change and moving on. All of these aspects of the book thrilled me because I related to them so much.

It was the book that inspired me to write a novel, which I am currently doing. It made me think it was possible to write, as a young woman, about the everyday aspects of life that define and challenge us, the things that truly matter to us and have affected us. It helped me to understand that there is a place for voices that can often seem lacking in mainstream literature.

Music: The Miseducation of Lauryn Hill

This was hard but it has to be The Miseducation of Lauryn Hill. It’s the one album I’ve never got sick of. I don’t know how many times I’ve listened to it, but it must be hundreds – and I’m still in love every single song. I love everything about it, her lyrics, the power of it, the messages within it, her perspective. Its got songs that make me weep (‘Tell Him’, ‘When It Hurts So Bad’) and songs that leave me feeling hyped (‘Lost Ones’). Because I’ve listened to it for years, it uncovers something within me every time, some memory – it’s become part of my life.