The Victoria star on school plays, character studies and the Born Free wildlife foundation founded by her grandparents

Even over a crackly phone line, Lily Travers exudes energy.

The British actress, who has appeared in Kingsman, the epic Viceroy’s House and as the controversial Duchess Sophie of Monmouth in period drama series Victoria, is following an intriguing family tradition. Her grandparents, Virginia McKenna and Bill Travers, also successful actors, are the founders of wildlife conservation initiative Born Free (whose director is Lily’s father), named after the first movie they filmed together.

Travers has inherited a genuine passion for environmental issues which sparks every time she speaks on the subject – here she talks early inspirations, ocean conservation and gender roles in period dramas. 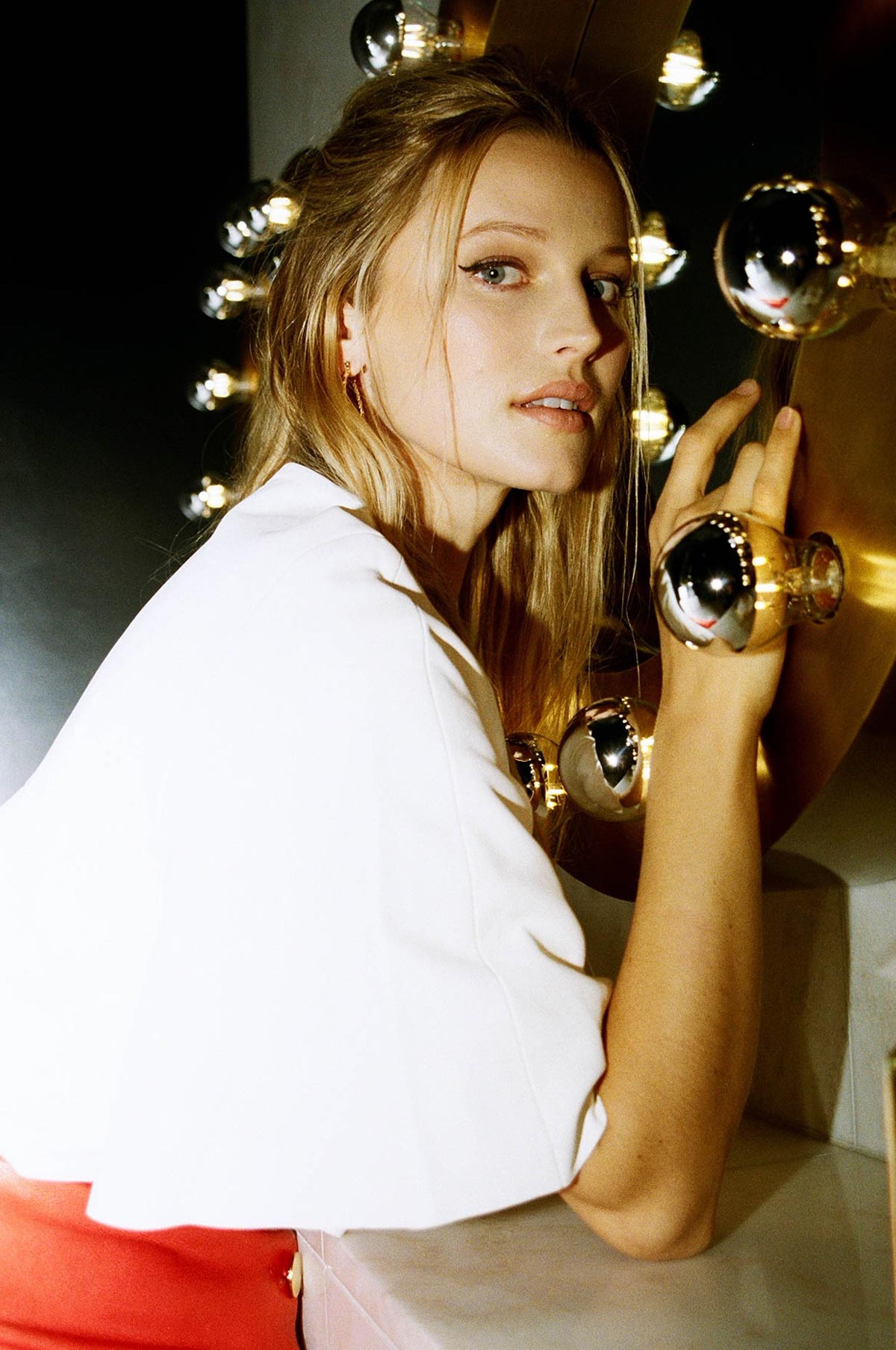 Acting runs in your family, what are your earliest memories of it?
My first acting role was Millie, I had a part in a school play where I was this little girl that ends up being in a phantasy world. I remember it being so colourful – I was wearing a tie-dye dress, and my friends were butterflies, caterpillars and bees. I was overwhelmed by the brightness and the colourfulness, it’s still such a good memory.

You share many quotes and stills from classic films on your Instagram. If you could play any character, who would you love to play?
I would love to play Stevie Nicks, I absolutely love Fleetwood Mac, and there is quite a resurgence of movies about musicians at the moment – my friend Taron (Egerton) is playing Elton John in Rocketman. If they made a movie about Fleetwood Mac, I’d love to be a part of it.

How do you feel about your character in Victoria, Duchess Sophie of Monmouth?
I feel fortunate to be able to play her. In a time like the Queen Victoria age, she was constrained by social protocol and the expectation of her as a woman and as a wife. Being able to play someone who had such a journey, from the beginning where she is incredibly restricted, to see her grow as the season develops when she gets more in touch with herself, and takes action to break free, that was great. 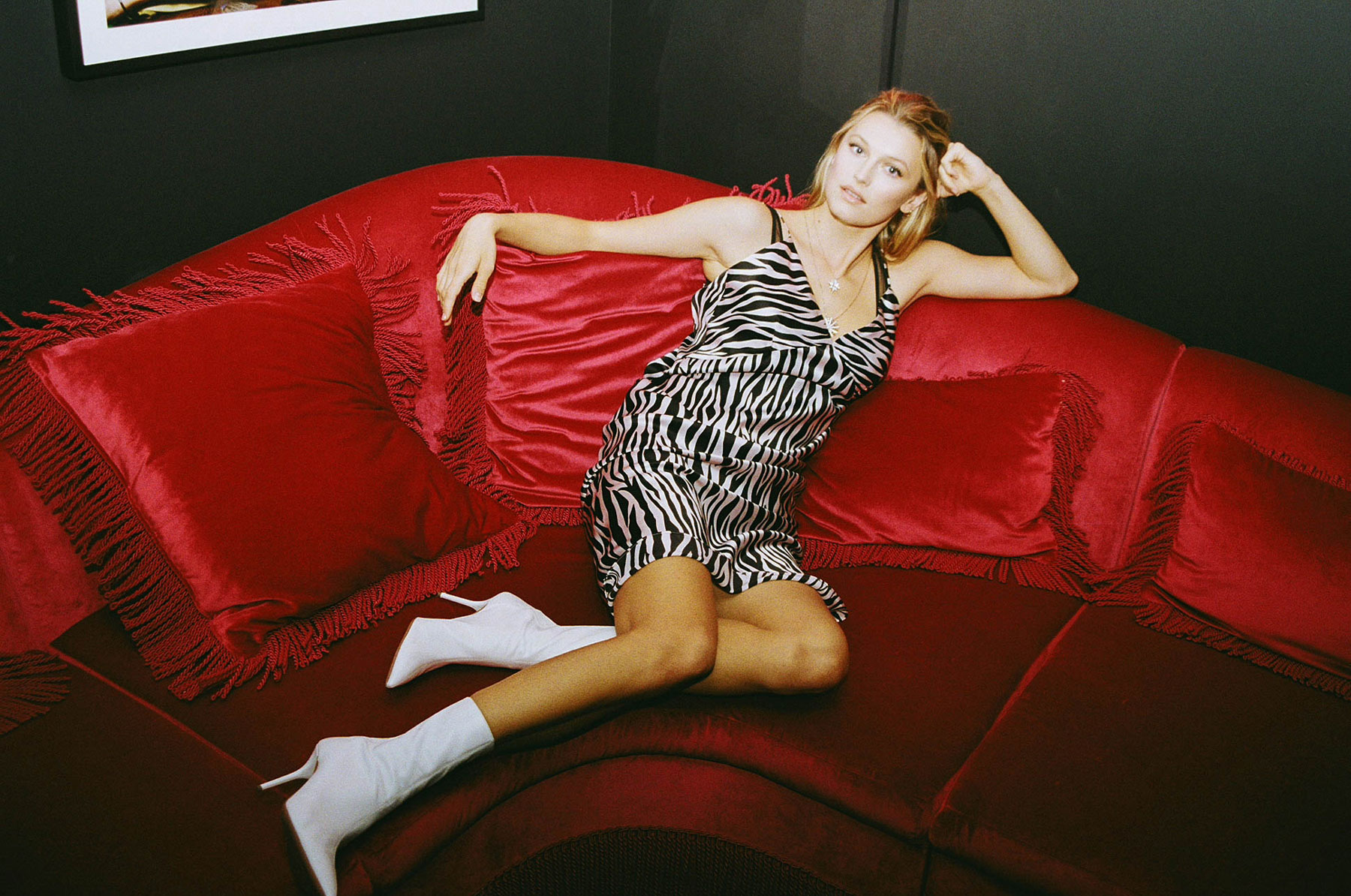 The woman the Duchess is based on, the writer Caroline Norton, has an even more incredible story. Are you interested in women’s rights?
Absolutely. Because it was also a historical piece, it was wonderful that Sophie wasn’t entirely fictional. I always love being able to do research around the role. I looked at Caroline’s background, and it was so interesting because she petitioned for women’s marital rights, although, ironically, in some of her letters, she says “obviously women aren’t equal to men”. So there was a long way to go! I think that equality is hugely, hugely important, and I think that’s beyond just gender. I come from a family that is extremely passionate about animal conservation as well, which made me believe that equality is respect for everything, all living creatures: plants, animals, humans.

How do you get into character when filming a period piece?
When something is so lavish, opulent and different, the costumes and the set really help. As soon as you begin, you are walking into a different world. Having a read-through with the other actors and seeing other people come to life as their characters helps to build depth and structure. You develop your idea of the character and of the historical period, but once you step on set, it melts away so that you can just live with the emotion of the moment, rather than with the drive of the facts and the knowledge. It’s like a two-part thing.

Have you changed as a person over the course of filming?
Definitely. It was a long shoot, five months filming and eight different episodes, with three different directors. I definitely learned many practical things, even things like how to conserve energy – you can be in a state of readiness as soon as you wake up at 5am, ready when you’re in the car, ready when you have makeup done, and then when you get on set, you feel like you’ve run out of energy. I also gained confidence in knowing Sophie as a person and as a character well enough to know exactly how she would have behaved, to voice where she would stand. 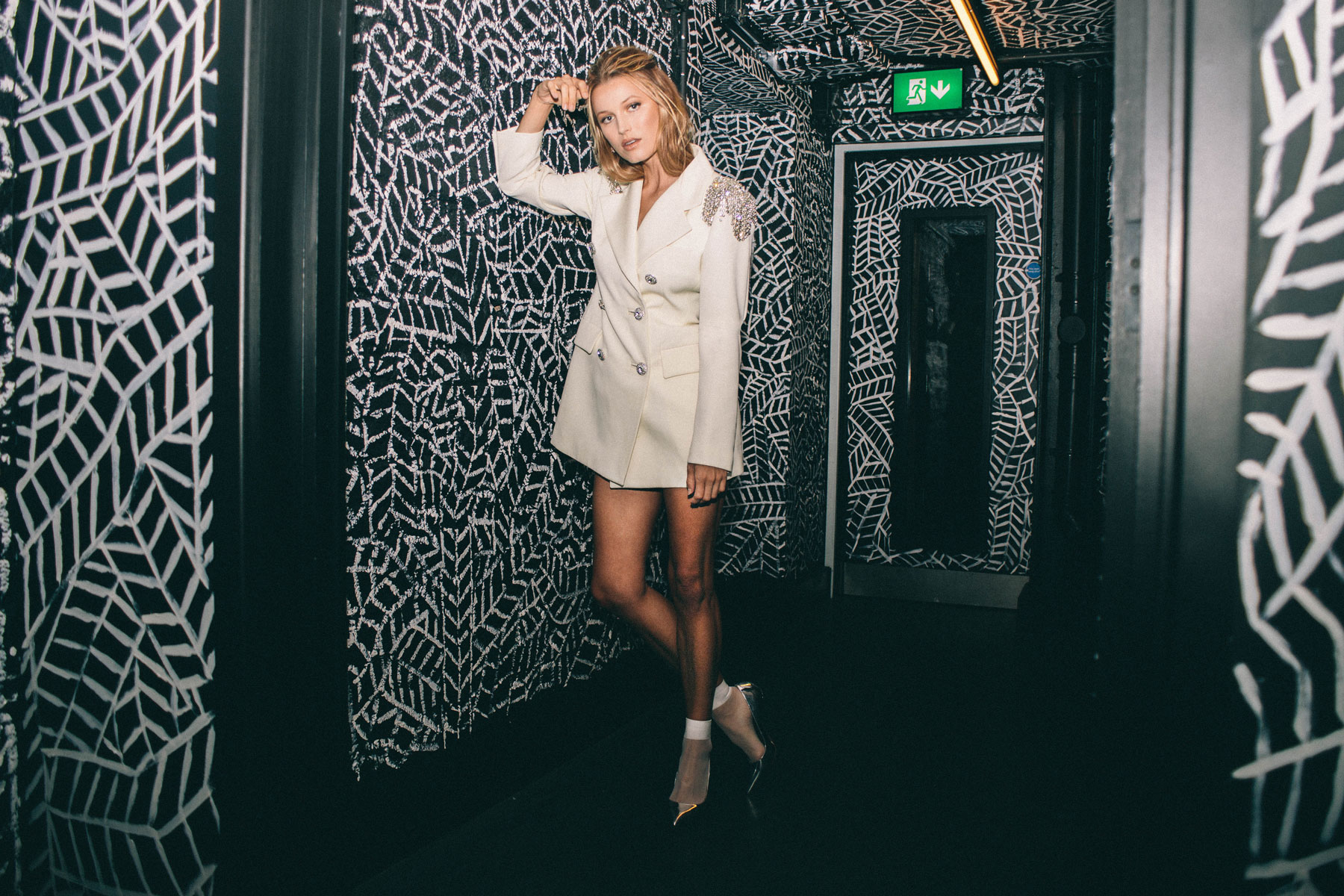 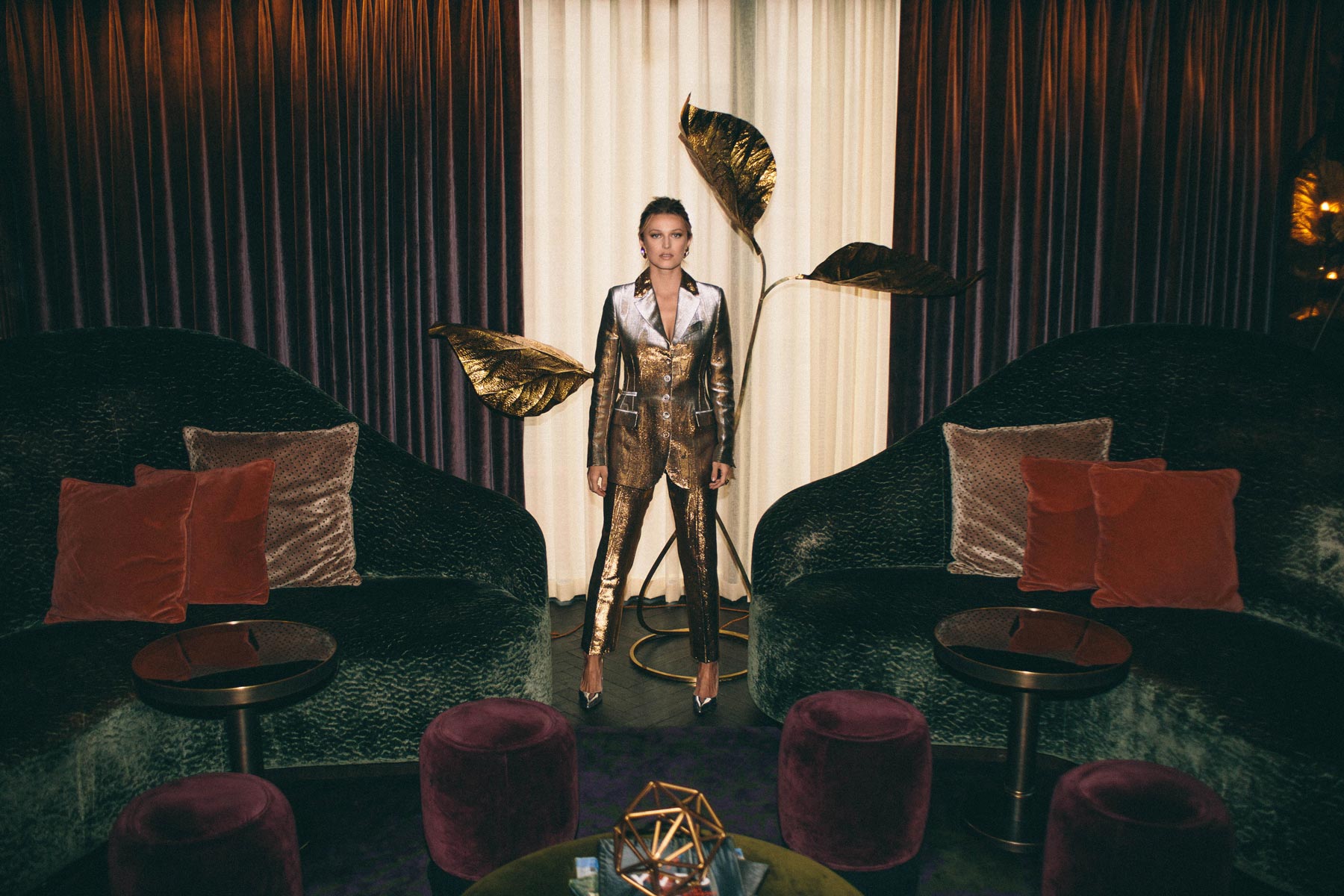 The Born Free Foundation is a wonderful cause, what are your memories of it?
I was actually looking through some old pictures the other day from my family album and every single photo of my father and I had some sort of animal it – elephant wellies, a lion, a picture with a bird poster in the background. We were always be surrounded by animals and nature. I learned that nature is not a commodity, it doesn’t need to provide something for us, we are part of it.

What do you think is the biggest threat to conservation today?
It’s an attitude I think, which is probably the most challenging thing to change – but it can be done. It’s the eco/ego switch. Everything that exists in the world has its own right to exist on its own and has its own home. We are so dominant and so greedy in taking our resources and our use of land, our population is enormous. We need to keep spaces sacred for other creatures to exist. If we clean up the end of the river we will always have bad stuff ending up to the mouth. We need to start with the source and clean up the spring at the top of the mountain, asking why it happened at the first place.

You can bring statistics, numbers and facts to people and it won’t necessarily hit them, but if you can get them to relate to emotive storytelling, you can change people’s hearts. That’s how you create true, positive action, which is also one of the reasons why I love acting so much. It’s one of the most powerful platforms for change, and I’m excited to have the opportunity to do that. 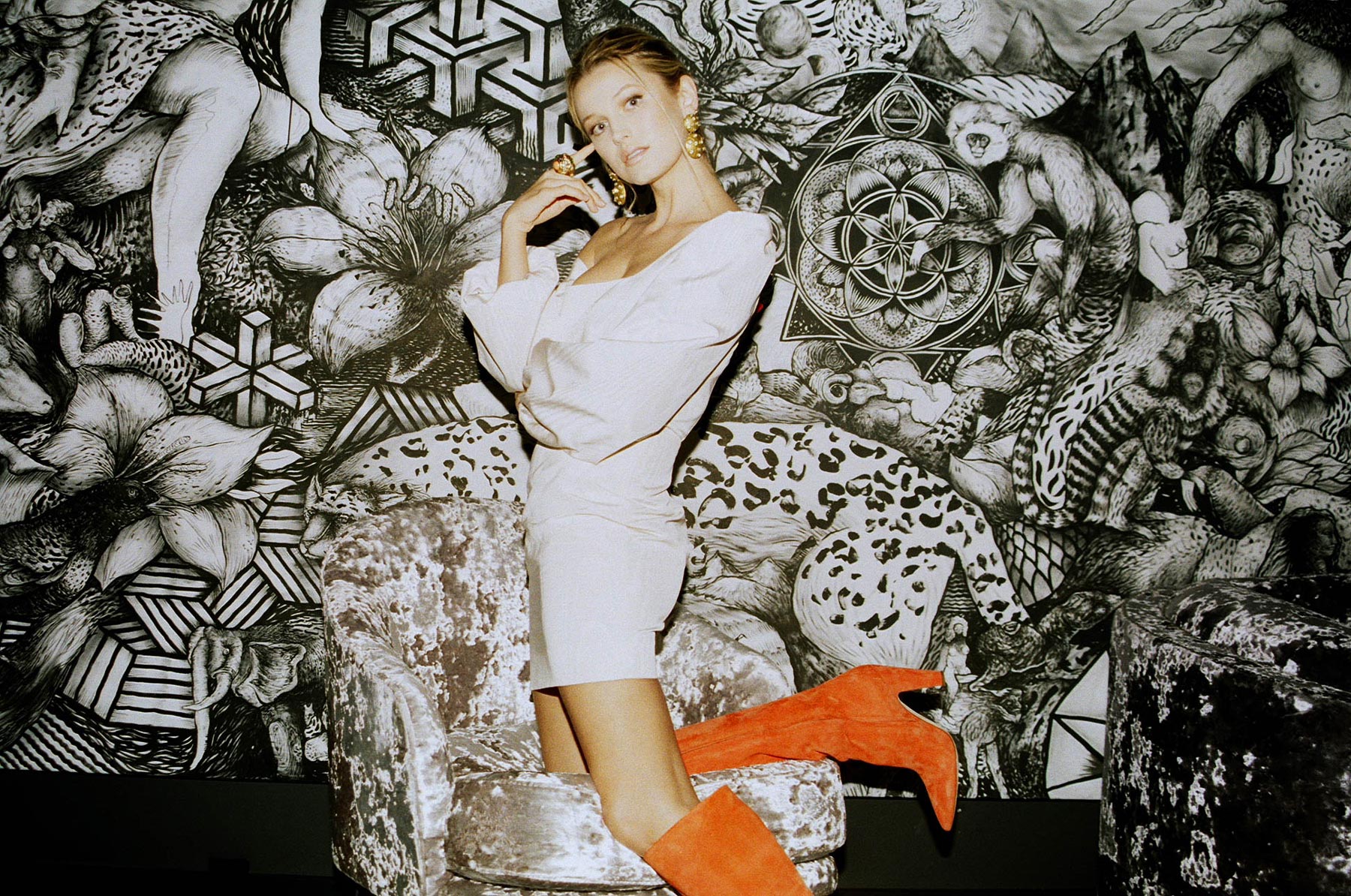 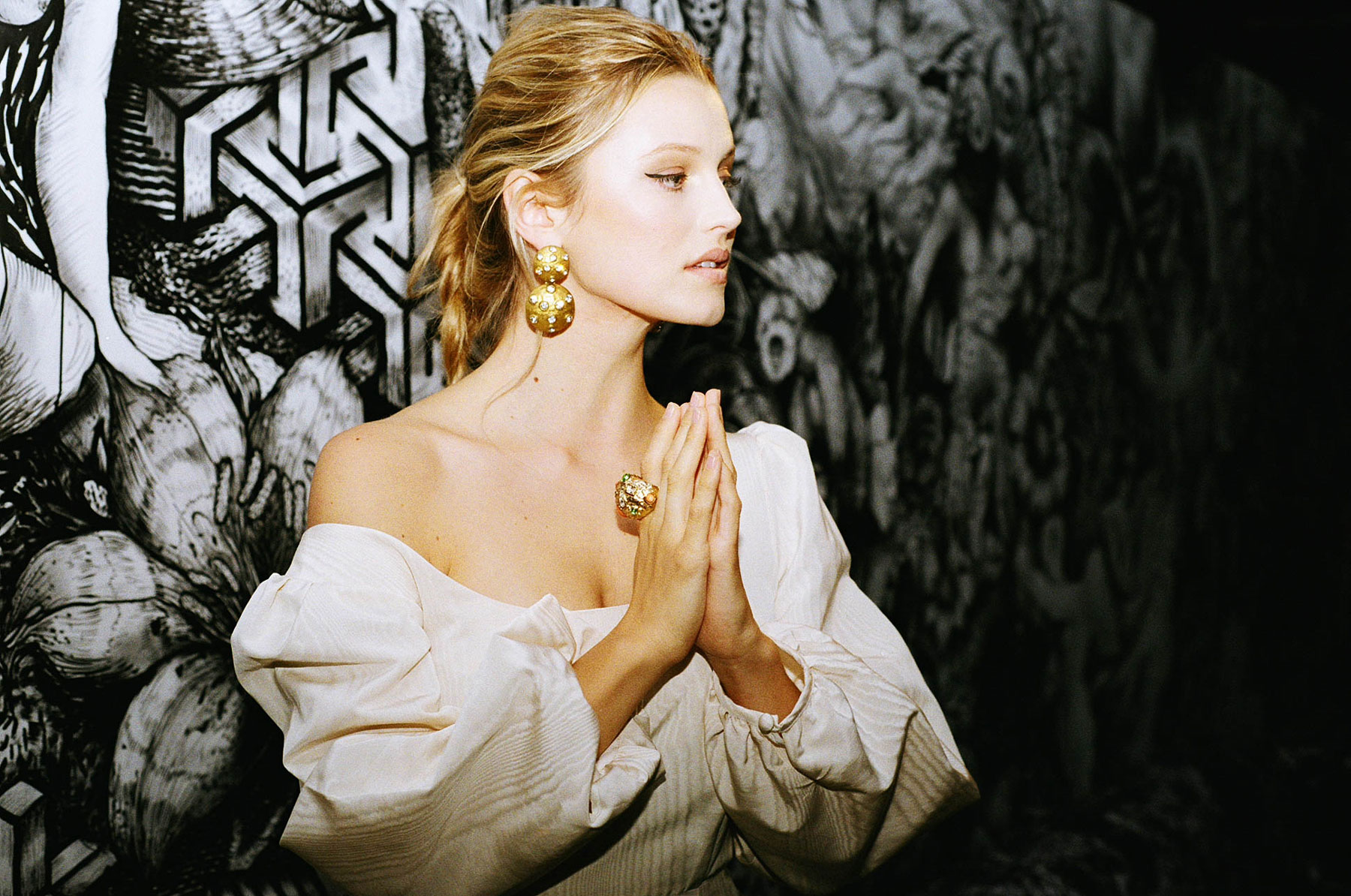 You studied English at Durham University. Best book you’ve ever read?
Oh, I love The Lord of The Rings! I just think Tolkien is an actual genius. The overall enormous body of work underneath it – he created etymologies for languages based off the maps he created for Middle Earth & the migration of different groups of elves and men. I love words and language.’

What was the last thing you searched for on Wikipedia and why?
Krill! I was searching for something evocative to get people caring about ocean conservation. I’ve done a lot of research on Krill – they’re not exactly the sexiest of animals, but they’re incredible. They move in enormous shoals that can actually affect the temperature of the ocean. Sometimes have such a big group you can see them from space.

In another life, what would you have been?
I would need to have the talent for it, so it would actually have to be in another life, but movies would not be as amazing without film scores. If aliens came to us and we had to show them something that we’re proud of as the human race, it would be an orchestra. The fact that we are able to shape metal to make these incredible instruments, then some genius maestro has brought us them together. It’s a beautiful thing. 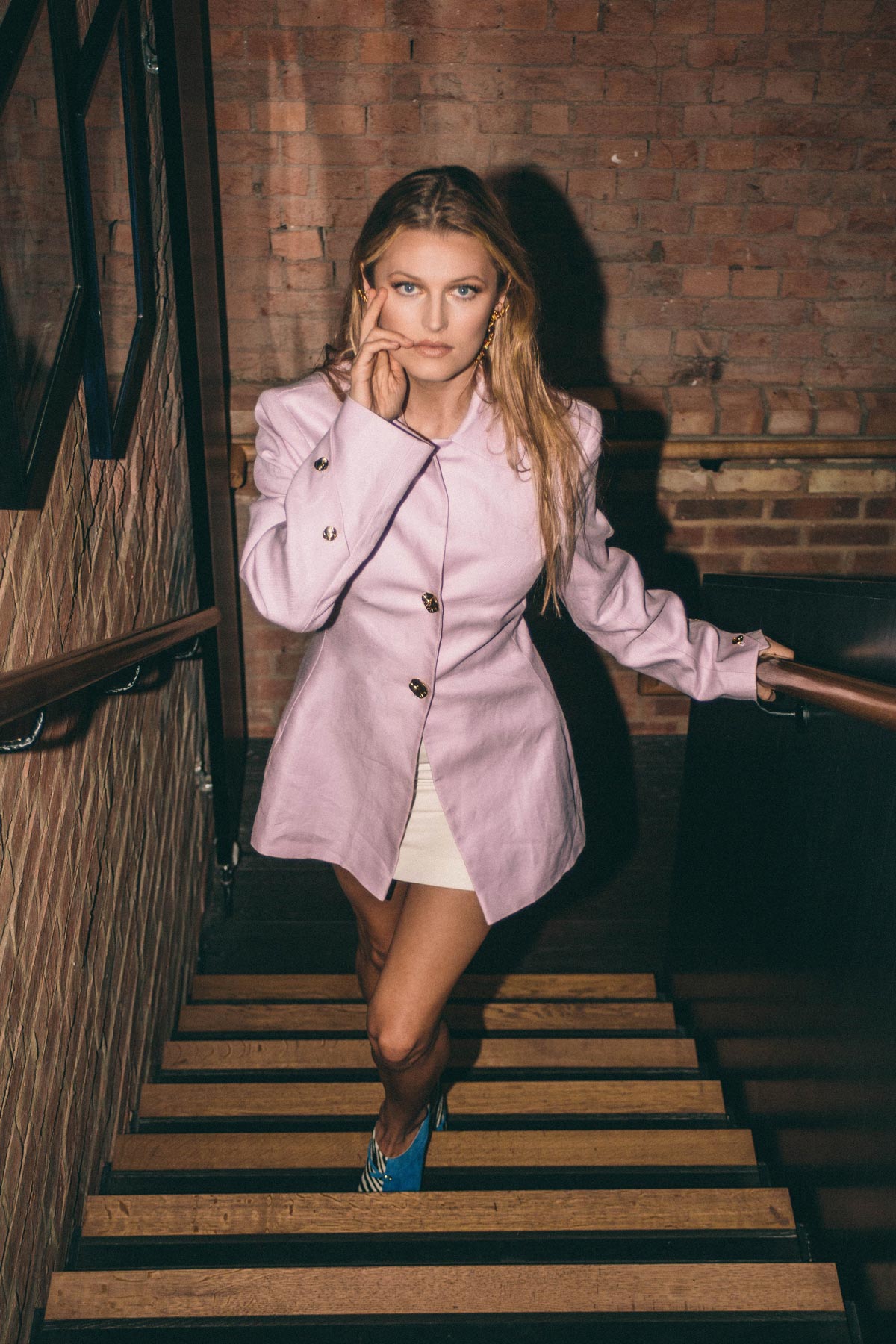 Do you have any vices?
I really don’t know if it’s a vice, but I find service stations on the motorway excruciatingly painful, they are so soulless. I’m also terrified of spiders, which I struggle with because I don’t want to kill them. I want them out of the door, but I can’t go close enough to them.

Do you have a motto or mantra?
One of my best friends got married at the beginning of the year, and she and her husband are beautiful, happy, gorgeous people. They say “trust in the process”, so something along those lines I would say.

Any plans for the summer?
Hopefully, lots of work! [laughs]. And a bit of sun. 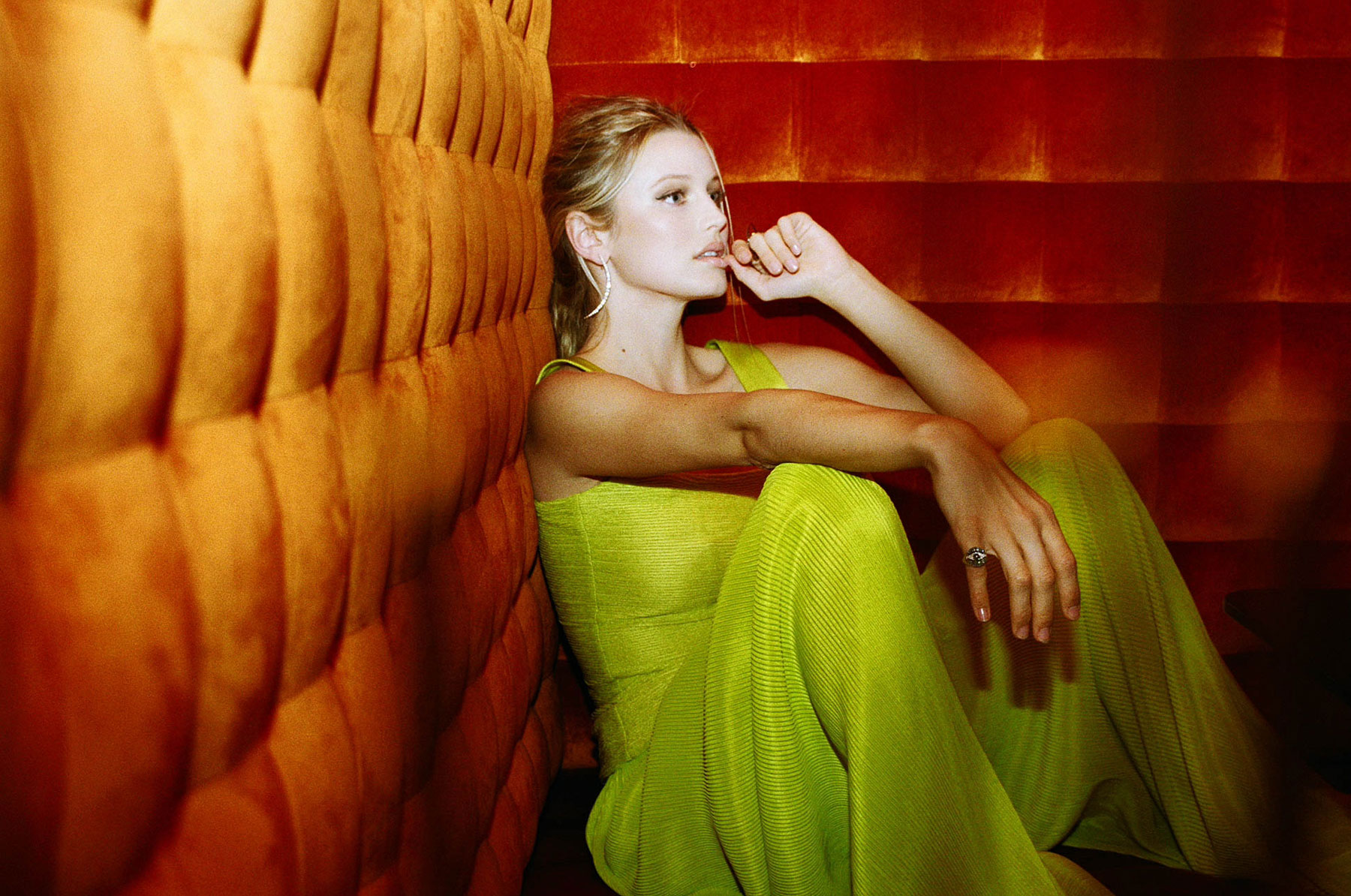