Meet Maggie Lindemann, the Gen Z Pop Star Who’s Not Afraid to Call Out The Haters

Discovered two years ago after singing the National Anthem on YouTube, the LA-based songstress has gone on to achieve chart-topping singles, over 2 million Instagram followers and more than 25 million views for the official video to Pretty Girl, pop’s feminist rally cry of the summer

“Fuck your ribbons and your pearls, I’m not just a pretty girl.” Throughout the summer of seventeen Maggie Lindemann’s pop song Pretty Girl has been blaring out from radios in the bedrooms of teenage girls across the globe. A confident declaration of self-identify against the detached world of Instagram and being rated on appearance. 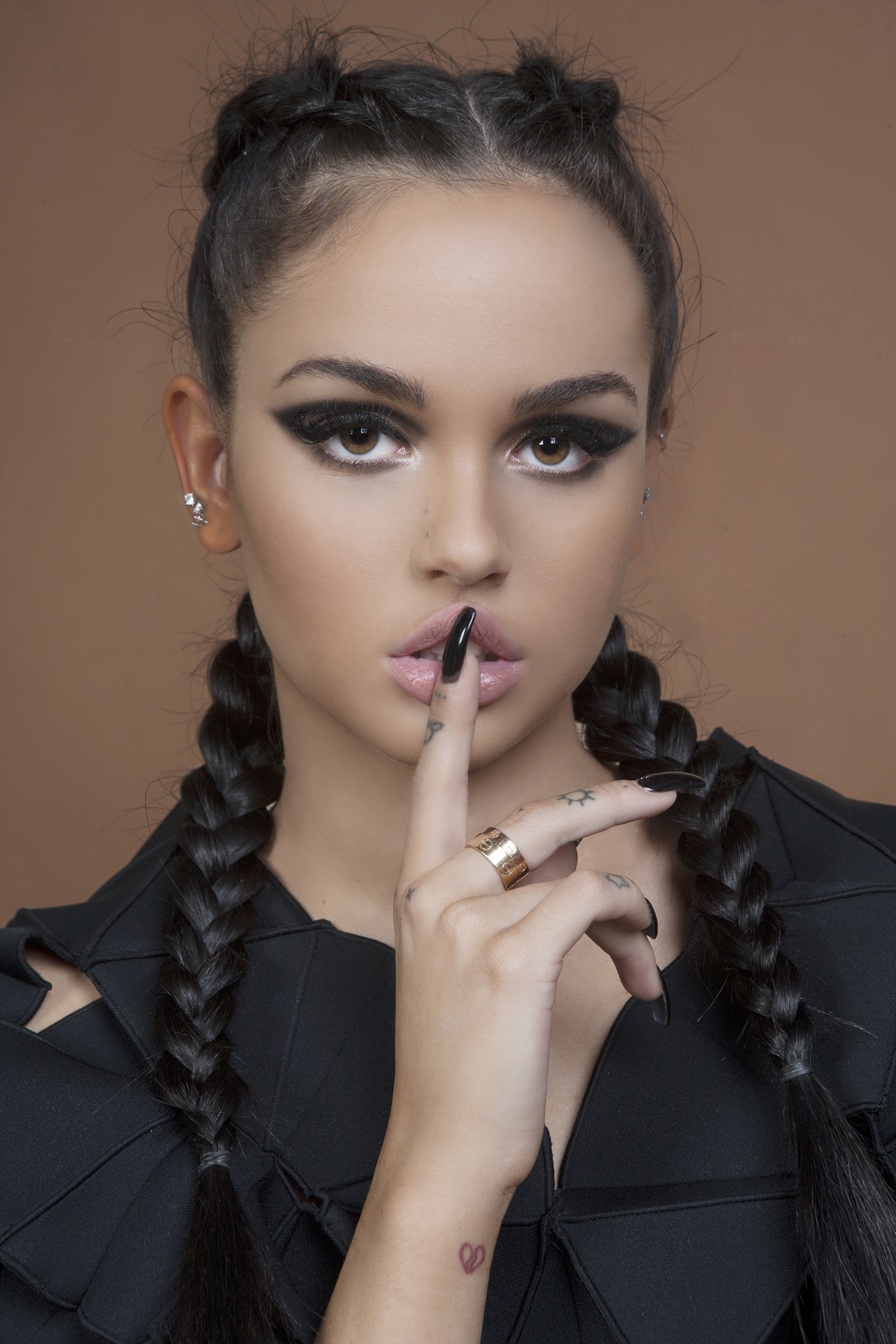 Maggie grew up in a small town in Dallas. “It’s kind of like a tight community, I mean not everyone knows everyone, but everyone knows someone who knows someone. We were all tied together,” she tells me over the phone from LA, where she now lives. She moved there three years ago aged 16 after she was discovered by Gerald Tennison (Becky G, Juicy J, Zara Larsson), a former Sony Music Entertainment record label executive.

Tennison had seen Maggie singing her ‘bad’ version of the American national anthem on Instagram and could see her potential through the purposefully botched notes. When LA came calling, relocating was a no-brainer. “Gosh it was so easy, I don’t really have many friends, they weren’t real nice to me in school. Moving was definitely really easy for me.” I ask if she was ever a victim of bullying and she replies, “yeah, definitely.” She felt like she didn’t fit it. 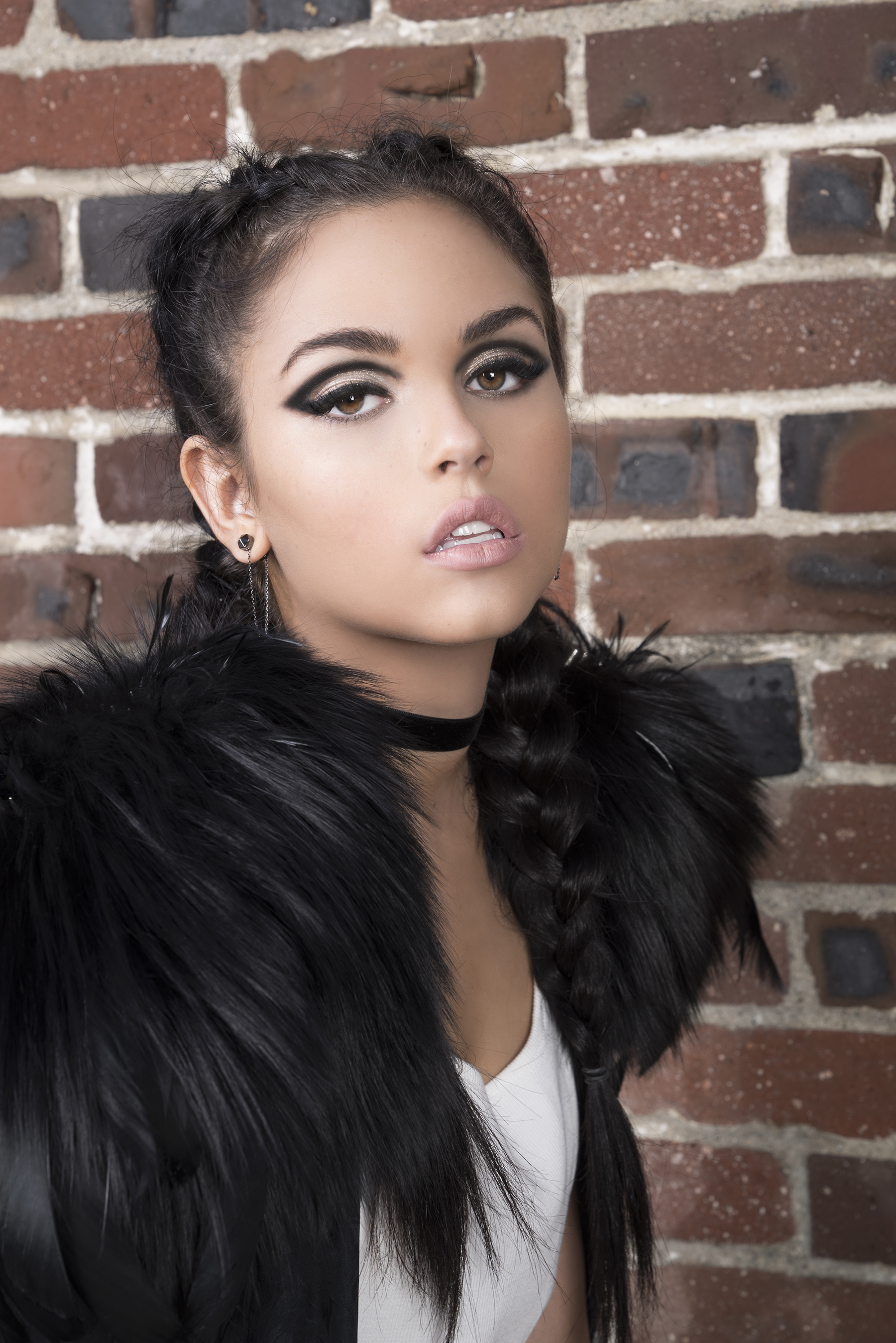 “I’ve been on social media for a really long time, I was on tumblr in 2012, I was on Keek, I was on other apps back then, before Instagram and Vine. I think that people really didn’t understand them, and what they were about. People just made fun of me for my posts or what I wore. Like, all my friends back then were really preppy and would all wear the same kind of things.

I definitely was not well-behaved growing up! I was pretty wild, super-hyper, super-energetic, talkative. In high school I was very rebellious. I don’t like to follow the rules, I don’t like authority, so that was the problem

Maggie was friends with some the Magcon boys, a group of ‘squeaky clean’, Abercrombie-model handsome 15-to-19-year-old social media stars such as such as Cameron Dallas, Carter Reynolds and fellow singer Shawn Mendes. Magcon organised “meet and greets” with the boys’ devoted fan base at packed convention centres. “I don’t know, they were just really different from me. I just think people always like to pick on me for that.”

Maggie stands out in a sea of Insta-babes with her gothic predilection for the colour black styled with a nineties edge, and a bad-girl Lolita attitude. She admits to being a rebellious child. “Oh God no, I definitely was not well-behaved growing up! I was pretty wild, super-hyper, super-energetic, talkative. In high school I was very rebellious. I don’t like to follow the rules, I don’t like authority, so that was the problem.” She stayed out late on school nights and missed class – “nothing crazy” – and ended up being homeschooled. 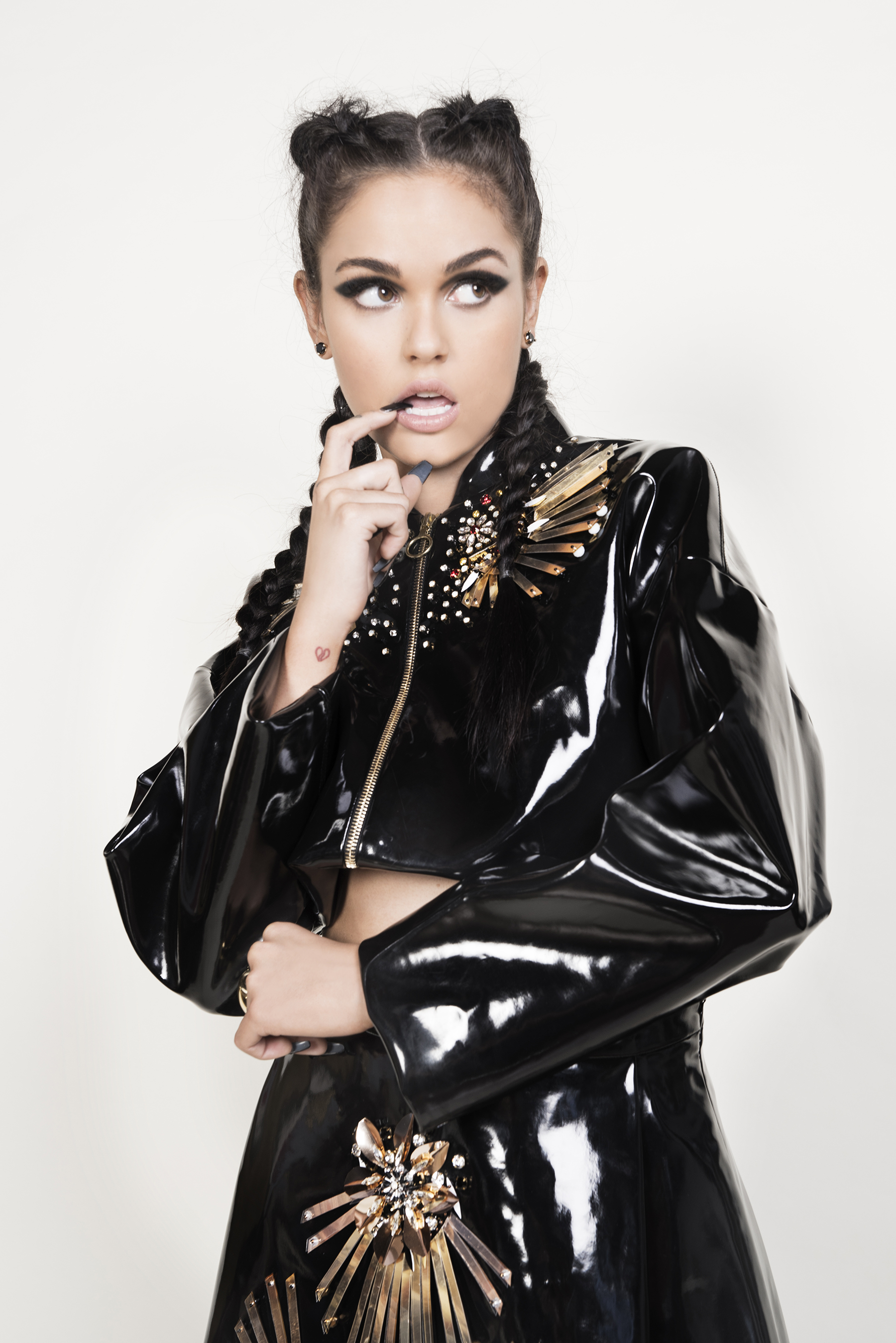 Her dreams of being a Paediatric oncology nurse slipped away. “Kind of what I was set towards, but I always had a feeling that I wasn’t going to go to college and have a normal job.” She had always wanted to sing, watching American Idol and joining the church choir and musical theatre groups. Aged eleven, she began writing her own music. “ I had journals that I always used to write songs in. I’ve always loved to write poetry and just write in general, so I would turn it into songs.” It wasn’t all highbrow though. “Oh God, I can only imagine what those songs were about, probably something dumb – I was only eleven, so probably about something happening at school!”

Music was always present, but it was still a surprise when management guru Tennison emailed her mother requesting a meeting. In an interview last year with Toronto Paradise, Tennison commented: “Funnily enough her parents actually deleted the first email I sent because they had no idea she could sing, or that she even wanted to. She had never sung in front of them. Never been in a recording studio. Eventually I convinced them to fly out to L.A. from Texas and take a meeting with me. No strings attached. We met at Capitol Records a week later and I knew right away that this was the kid I was looking for. I signed her a couple days later and her parents let her move to Los Angeles a few weeks after that. From there I knew I was responsible for someone else’s kid and she still had to finish high school, which was scary. I got her a vocal teacher, a publicist, and then threw her into a recording studio for 4-5 months before we told anyone she was making music.”

I have so many songs right now, it’s just like trying to figure out which one to release next 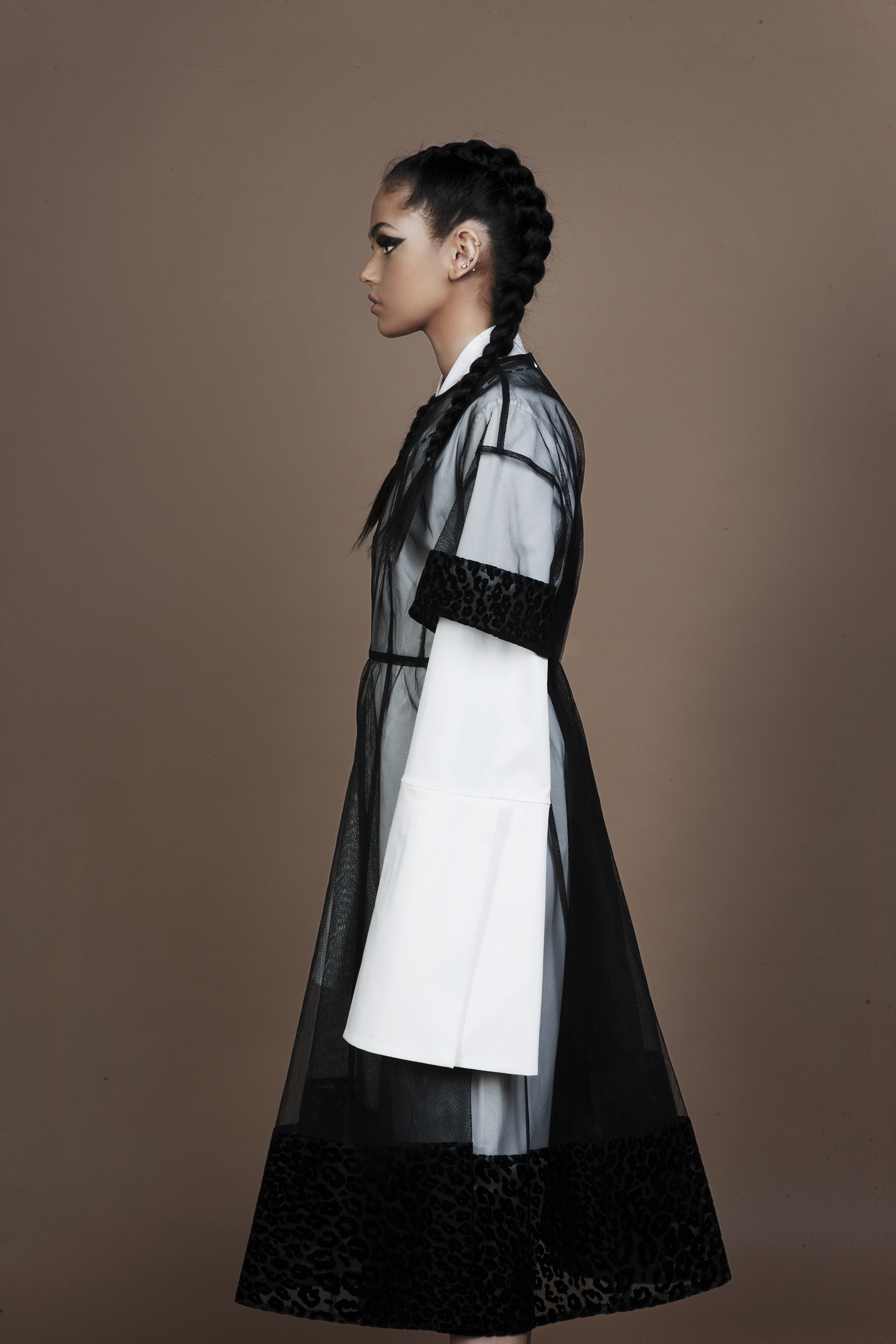 The June release of Pretty Girl (Cheat Codes X CADE Remix) with its infectious beat was a contrast to the more sensual downtempo pop of previous singles Things and Knocking on Your Heart, which have shades of her idol Lana Del Ray. She’s growing quickly as an artist and over the autumn is working on a bigger project, with time spent in the studio hinting at an album or an EP. “I have so many songs right now, it’s just like trying to figure out which one to release next.”

Maggie’s friends would describe her as “super chilled, sort of laid back. I’m a really happy person.” She admits she didn’t always feel this way though. “I used to not be [happy]. I used to be, like, negative. So I think just as time goes on I’ve realised that you don’t have to be mad at the world. I’ve just learnt to lighten up and not take things so seriously and just like live life. 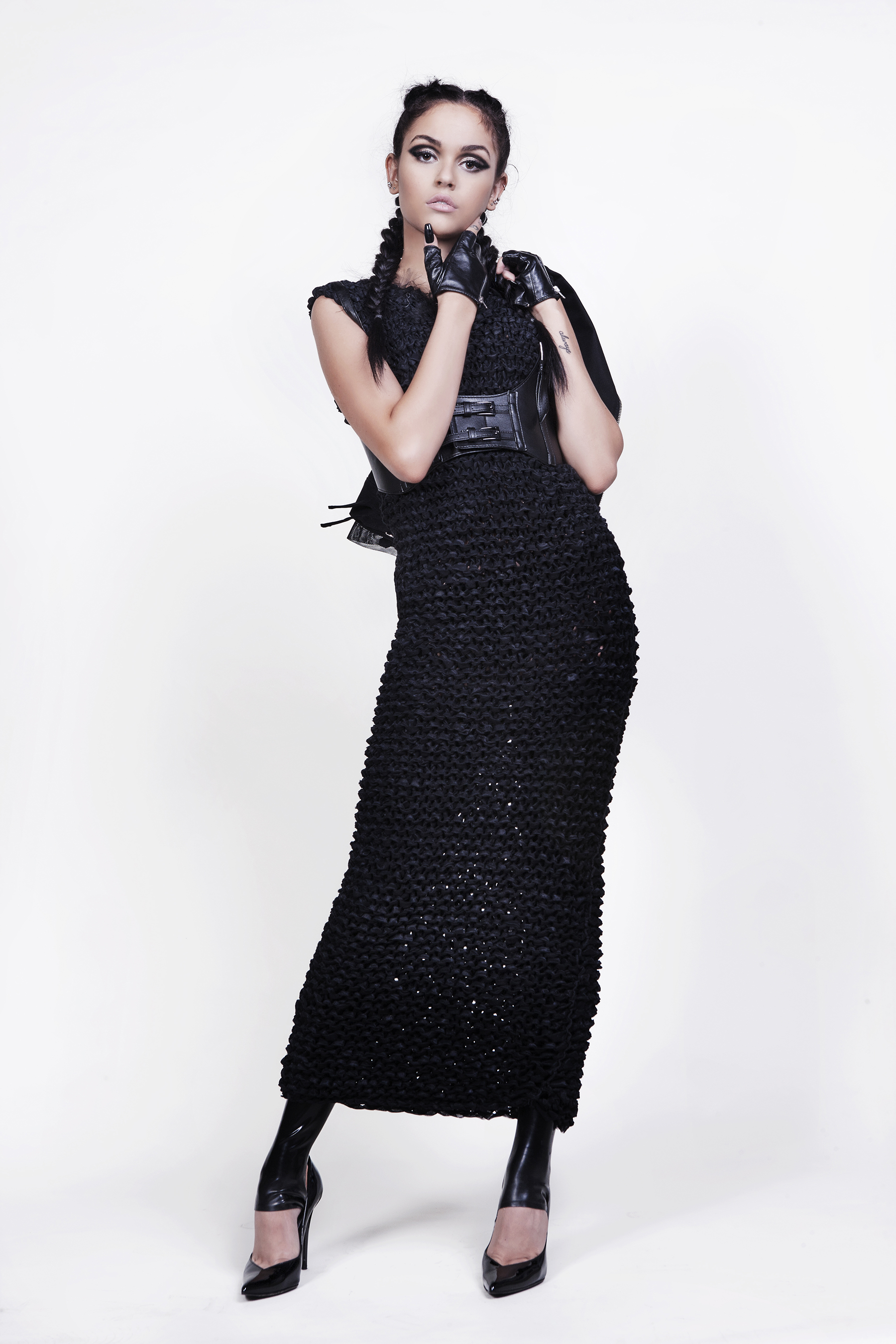 I always like to have my makeup perfect for my pictures, and then right after the picture is taken I take my makeup off!

In some she’s ways a typical teenage girl who enjoys fashion and precision-applying her makeup, which she does with a beauty blogger’s flair. “I always like to have my makeup perfect for my pictures, and then right after the picture is taken I take my makeup off! Or it’s fine to mess it up. But for that picture, it’s serious,” she half jokes. Selfies are still the posts attracting the most likes. “I think it’s all about lighting, for sure.” By day she likes to dress “pretty casual, maybe stuff like boyfriend jeans, a cami top.” When she goes on stage she rocks a wide-legged trouser. “When I’m performing I like to wear really big pants and jewellery. I think big pants are my thing!”

Maggie’s the subtly feminist voice to millions of young women saying it’s ok to stand up for yourself, and look like a queen doing it. We approve. 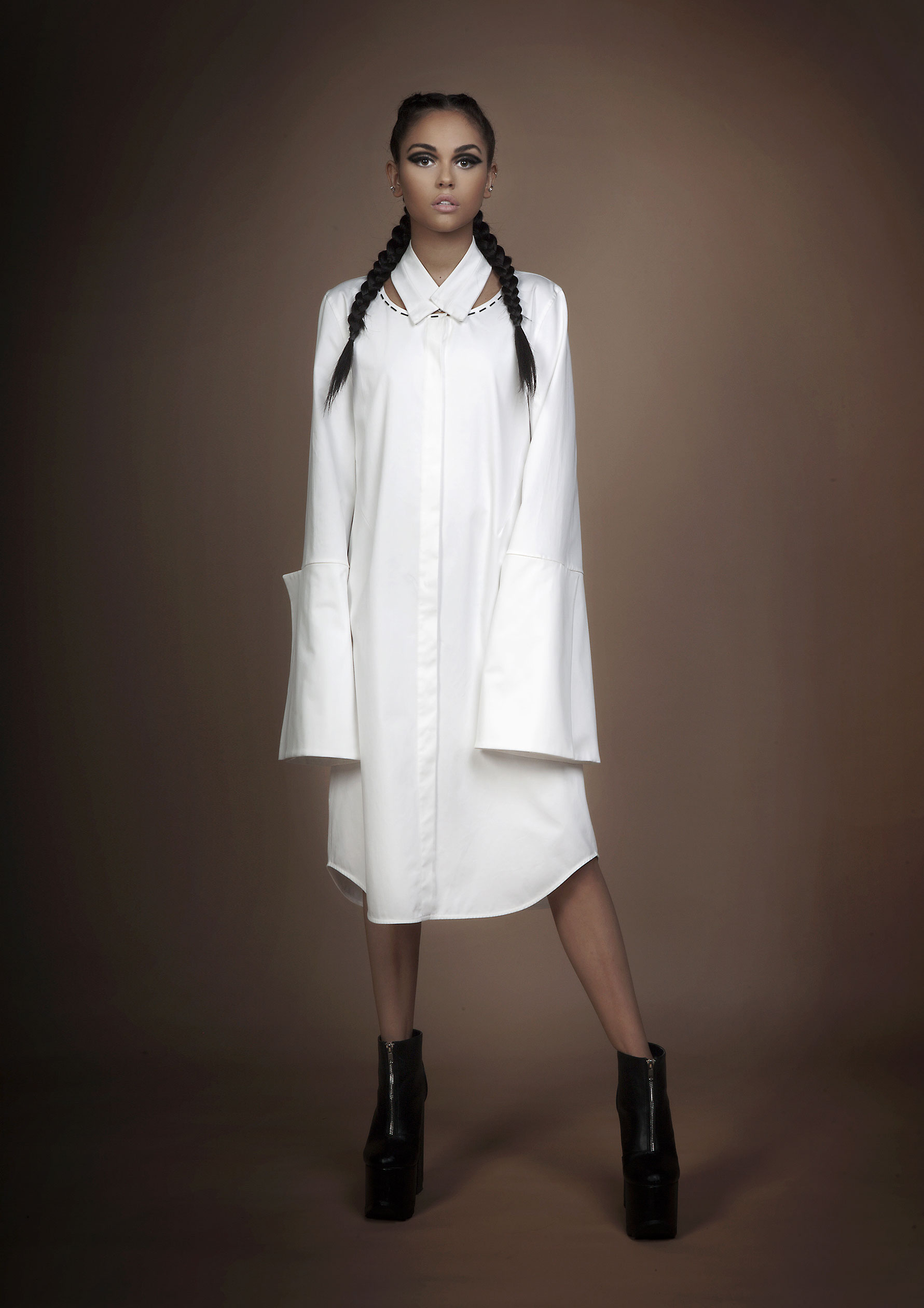