The rising alt-RnB star talks Kerouac, Cher and her obsession with teeth 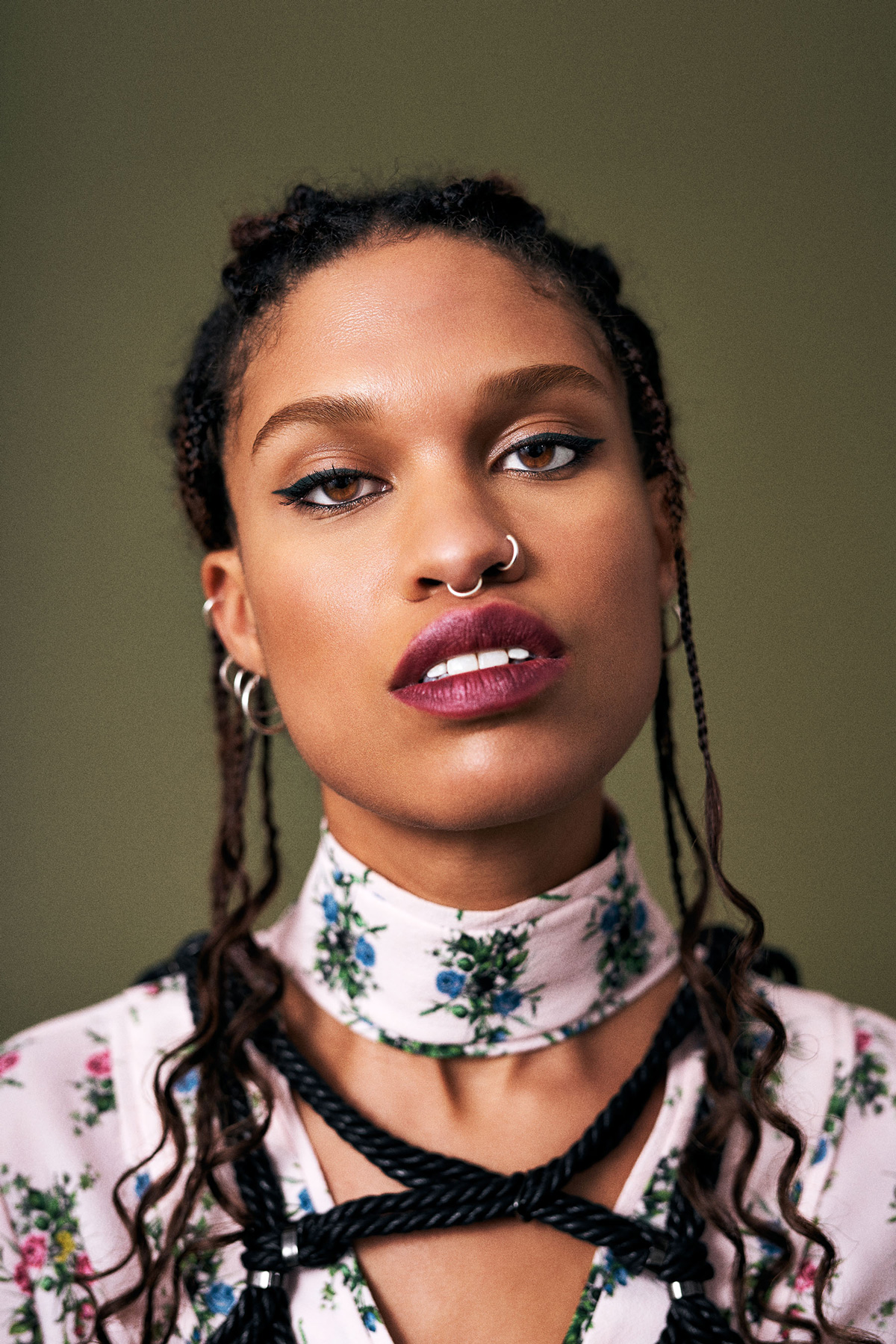 Dress, EMILIA WICKSTEAD
Harness, FIGURE OF A
Jewellery worn throughout, KENZIE’S OWN

Kenzie was just 6 years old when she relocated from Boston to London. Her recollections of arriving in the capital are hazy, save for memories of “autumn leaves – things like that.” She says that the hilly streets of North London feel like home, though her transatlantic accent holds true.

Fast-forward to 2019 and Kenzie is the new protégé of Huxley, an agency representing artists such as Björk, Frank Ocean and Grimes. Despite their lack of a new faces board, Huxley made an exception for Kenzie – and once you listen to tracks like Dark July, it’s apparent why. Her sound is mature, with a wisdom beyond its creator’s 26 years, and Kenzie is having fun while honing it too, a promising sign of future longevity for an artist. Beyond a hard-to-categorise blend of pop and alt-RnB, there’s a tougher, grittier undertow – Kenzie is keen to point out that there’s “teeth to her music”. 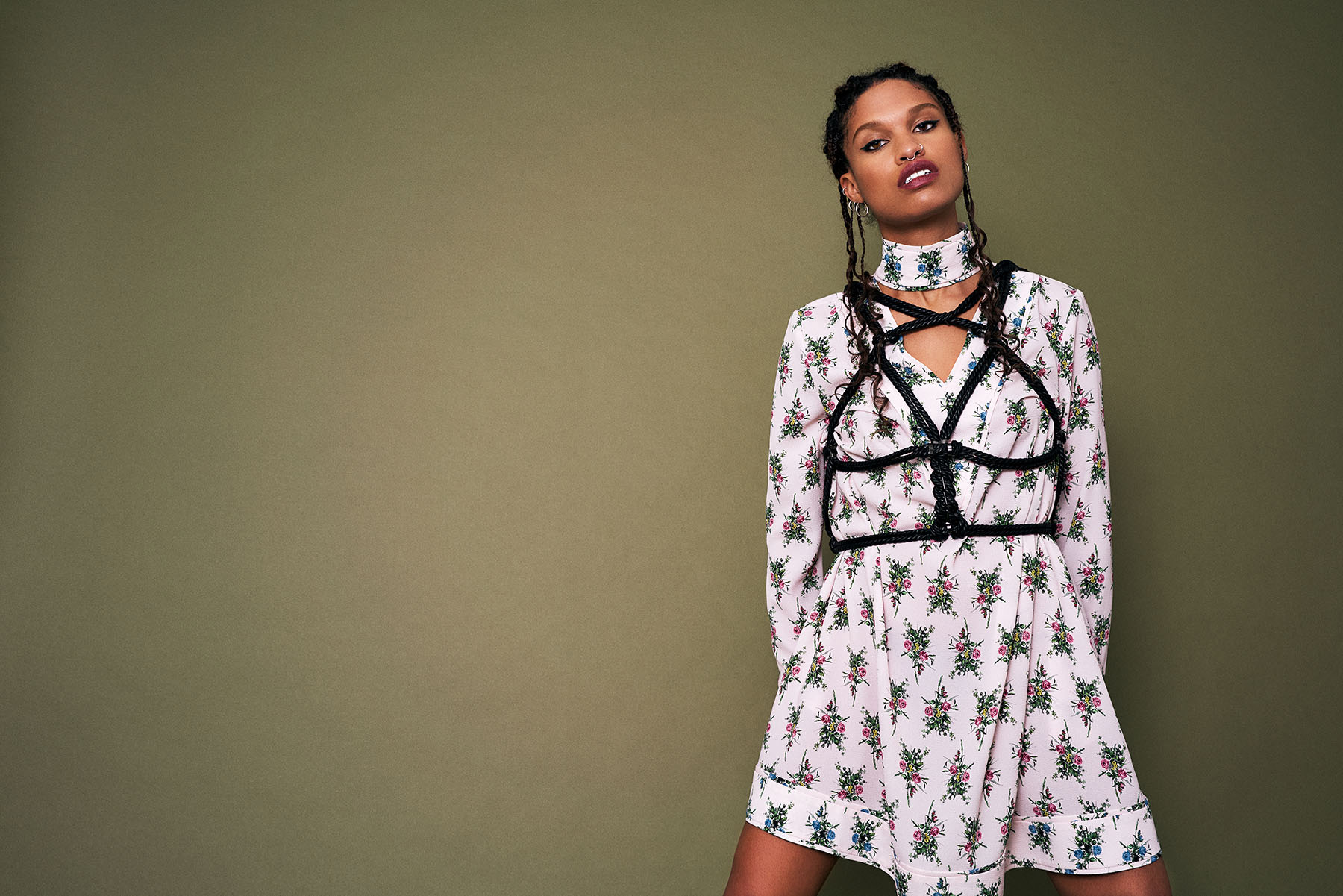 That’s no surprise, given that the singer currently works under her own label, Baby Teeth. “It’s just me on the label, meaning I release my music myself,” explains Kenzie. The set-up has enabled the artist to be her own boss at a young age, and gives her the creative freedom to “dip my hands into whatever I can”.

Teeth, it seems, are Kenzie’s Ariadne’s thread. She even has a set of them tattooed on her arm – they’re her brother’s teeth, and she drew them herself. “I think my fascination with teeth has probably gotten to a weird place,” she says. “I had my dad’s tooth on a chain and I wore it around my neck. Teeth are so strange, they’re the only bones that are outside of your body. You lose them first when you’re young, and then you get a permanent set of them that then changes. People’s smiles, their grimaces. They’re like little gates to the inside.”

Kenzie’s output is earmarked by her deft songwriting skills, which she’s put to good use, penning lyrics for the likes of Dua Lipa. Her writing process, she says, is dependent on the person she’s working with, and those initial songwriting rendezvous feel “like a first date” every time. The singer likes to write for herself as much as the listener. “Music is therapy, as cliché as it sounds,” she says. “The personal is political.” 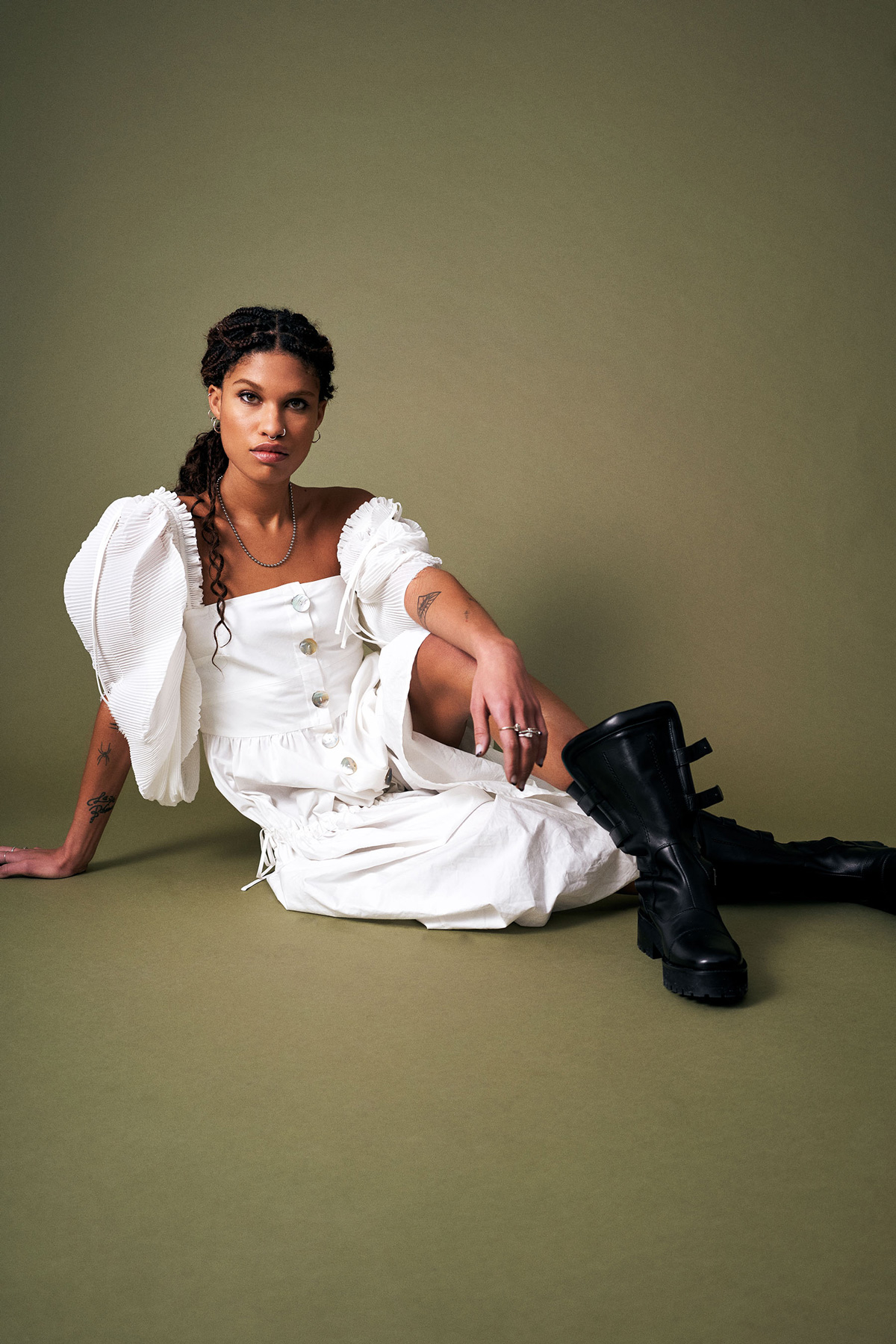 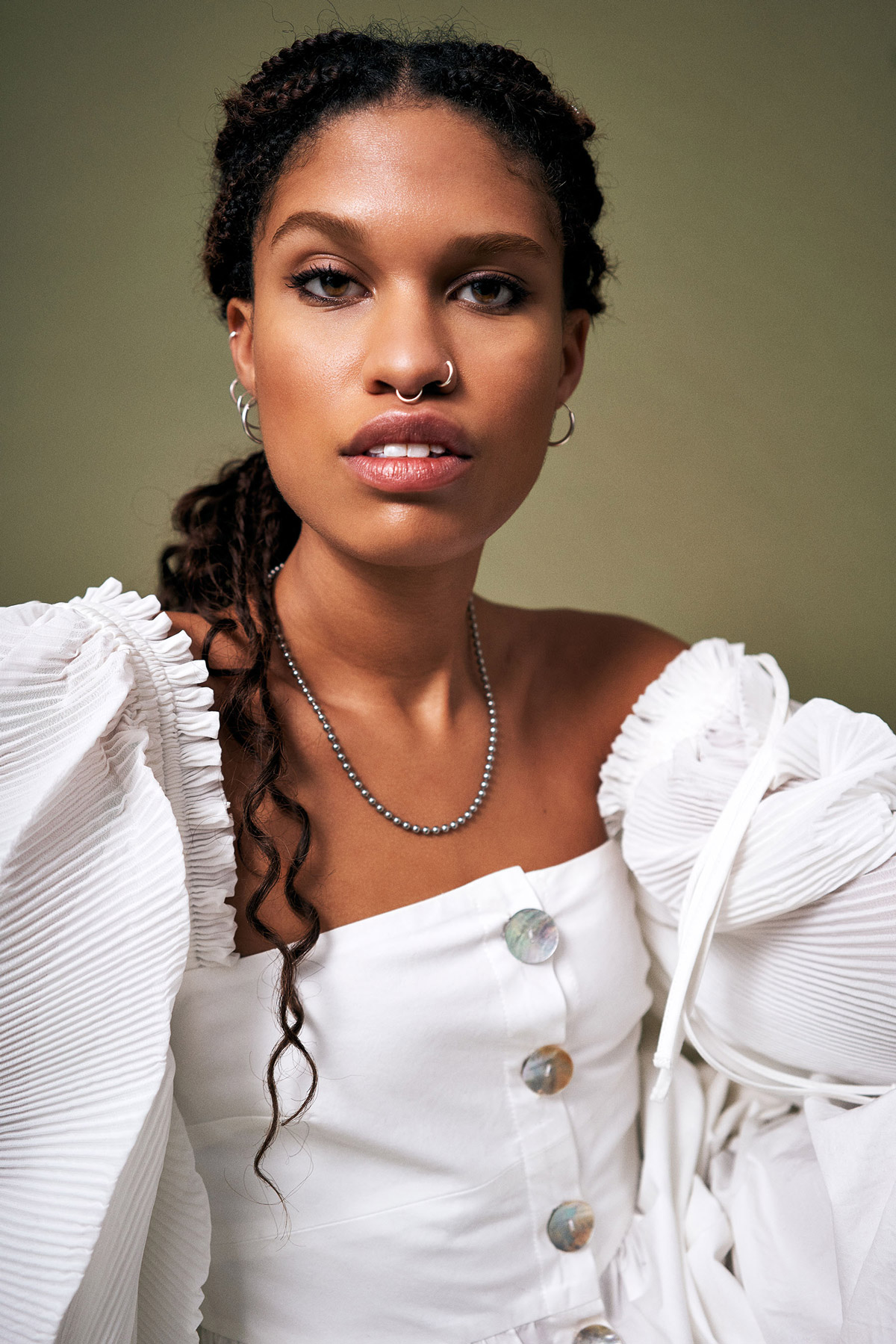 It’s fitting, then, that Kenzie’s literary inspirations include self-consciously lyrical writers such as Kerouac and Bukowski. She’s aware that her favourite authors fall into a niche. “I love the term ‘problematic favourite’ because I have so many unabashedly raw writers that I look up to,” she smiles.

Conversely, the singer’s style icons are rather more eclectic. Think Cher, Mickey Rourke (“I have an uncomfortable amount of photos of Mickey!”) and Donyale Luna, the first black woman on the cover of Vogue.

In her summer 2018 release Sadboi, Kenzie explores the tropes of toxic masculinity and their repercussions for men, their partners, relatives, and friends. It’s a heartbreak anthem and a rallying cry for open conversations about male sensitivity and vulnerability – one that couldn’t feel timelier following a torrent of headlines surrounding mental health issues and suicide among male artists including Lil Peep, Mac Miller, Avicii, Chris Cornell and Chester Bennington.

This idea of guys sharing emotions is new to our society. They’re still learning how to cry, so let’s get them talking about their feelings. It’s not cute for grown-ass men to be half-accepting of their sadness

“When I wrote it, I was talking about a specific guy,” explains Kenzie. “And then I realised, this is actually about so many men I know. There are elements of my brother, some elements of my dad. Elements of my partner and friends.”

“For so long, women have had to deal with ‘being too much’ [emotionally],” she continues. “Now it’s: ‘I have to get my shit together and go forward with life’. This idea of guys sharing emotions is new to our society. They’re still learning how to cry, so let’s get them talking about their feelings. It’s not cute for grown-ass men to be half-accepting of their sadness.”

Kenzie is keen to challenge herself and dig deep into her emotions, but believes a kick of energy is vital to every track. It’s a ploy she’s dubbed ‘hype music for sad people’. “You have to take the darkness to where the light is,” she says. “It’s awesome to cry, but also, what are you doing to heal past that? Are you just harnessing it and using this tortured, brooding mental state as a crutch? Or are you making positive steps forward to change that?”

Dress, SELF PORTRAIT
Boots, THE KOOPLES

Quizzed on her dream collaboration, Kenzie states that “the most interesting collabs come from opposite poles.” She pauses, pondering her sonic antithesis, then thinks aloud: “Which white man making rock ‘n’ roll…? Let’s go with Marilyn Manson, because that would just be so bizarre.”

Looking to the future, Kenzie is reluctant to settle on one path. She wants to be making music “for another 20 years” but is keen to venture into another creative field too. “Especially now, there’s such an emphasis on the artist having an all-encompassing vision,” she says. “It’s also going to be really interesting to see how technology plays into live performances, making them more immersive.”

The artist is grateful for the “surreal” reception of her music, but intensely aware of the fickle nature of fame. “I was talking to my brother, saying: there must be a word for that feeling when you’re so happy, and everything’s going so well, but you feel like it’s only a matter of time before it all comes crashing down. It’s positive and inspiring, but scary. I’m focusing on the next thing – like, let’s keep going.” 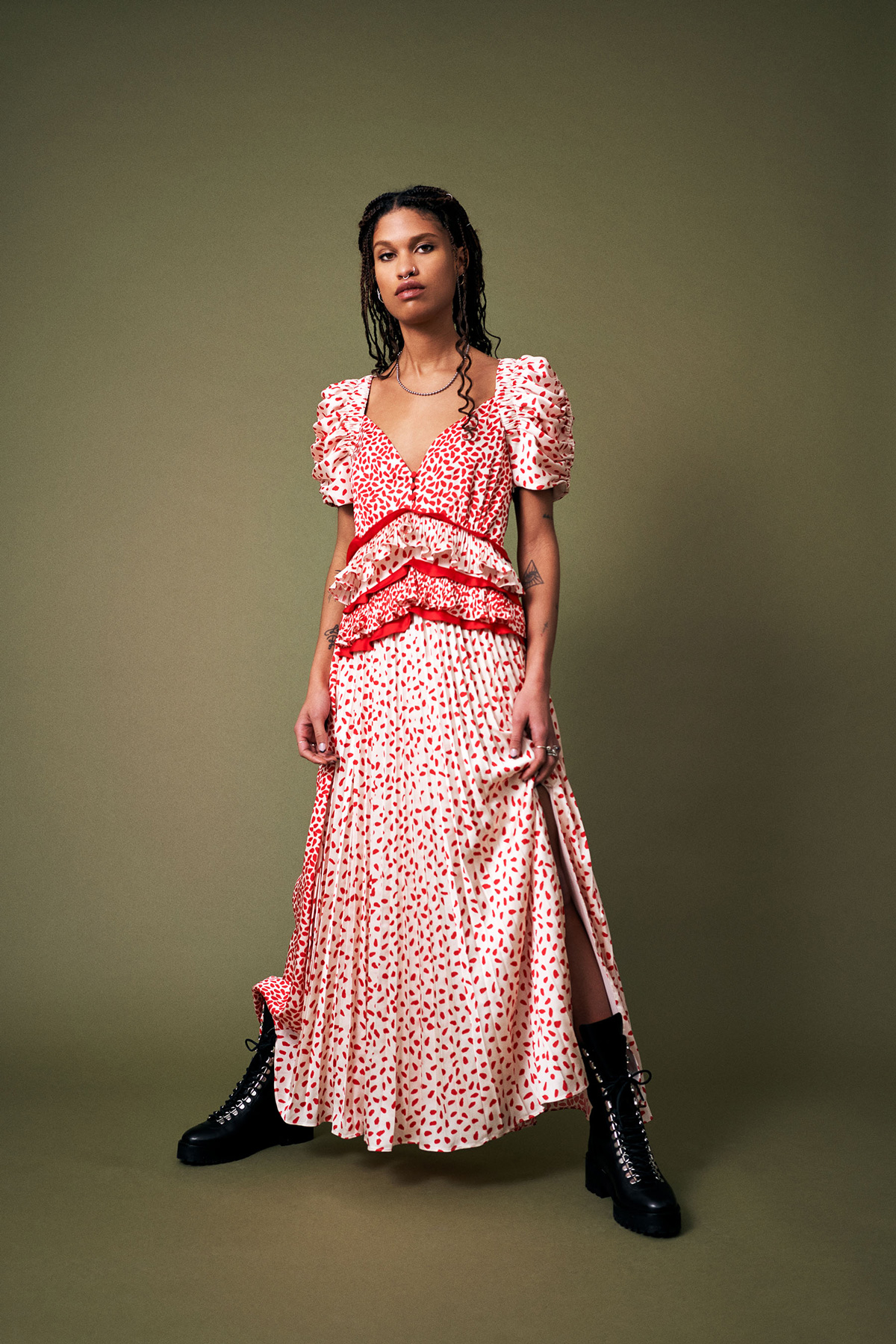 Dress, SELF PORTRAIT
Boots, THE KOOPLES

It’s time to wrap up, but before we do, Kenzie discusses a song she wishes she’d penned – Everything is Free by Gillian Welch. “To me it really encompasses the idea of what it is to be a songwriter – to be an artist, to love what you do and want to do it, whether you’re making a living from it or doing it for free. And how people can take advantage of that, and take advantage of your heart.”

Those sentences epitomise the delicious contrast at the core of Kenzie – the depth of her emotional authenticity, and the cool reticence of her outlook. This is a woman proceeding candidly, but cautiously, into exciting sonic territory. And whatever comes next, she’s sure to sink her teeth into. 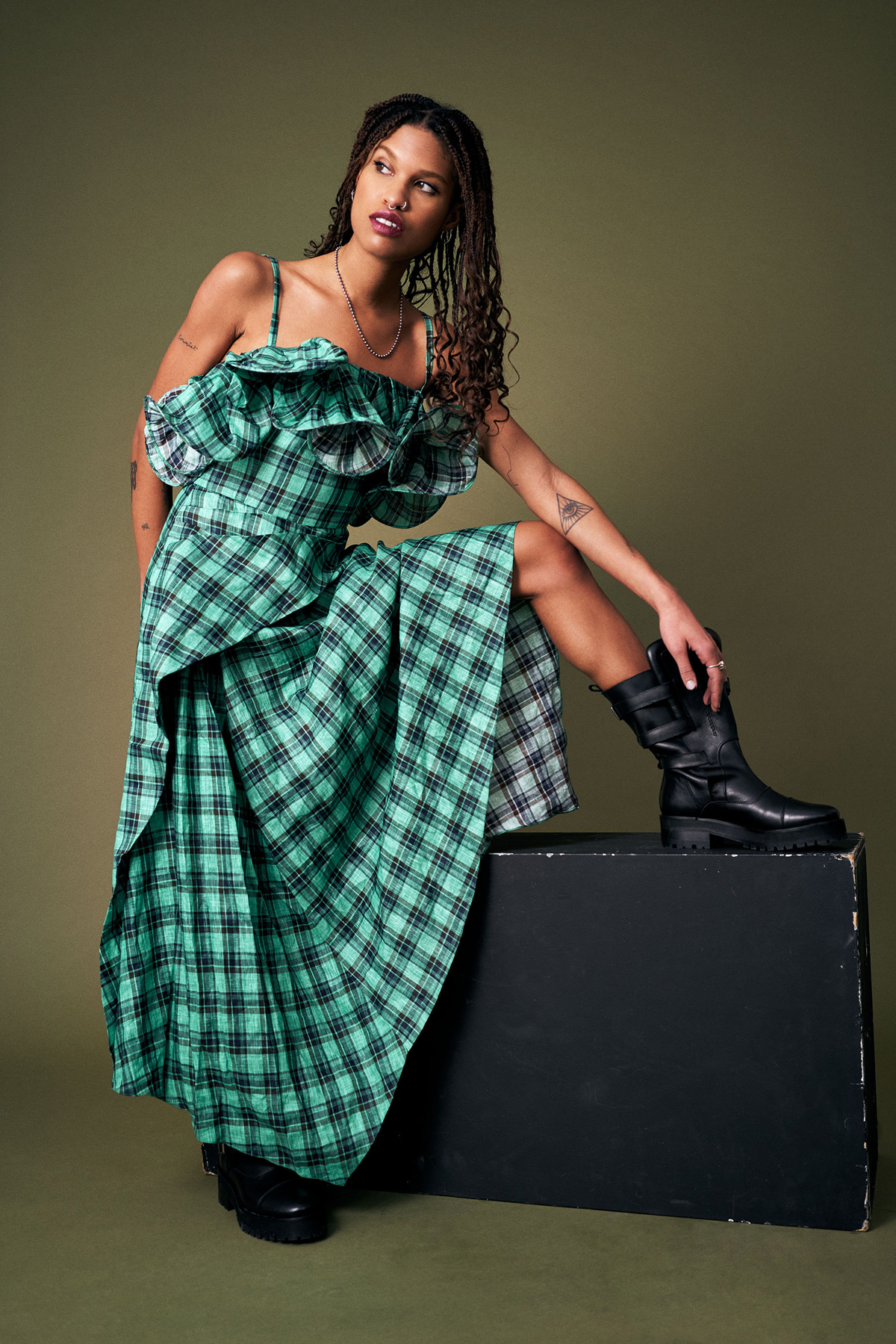 Cecilia is a writer and storytelling geek based in London, where she pursues ties between creativity and narration, with a keen eye on contemporary society. She is a Central Saint Martins graduate and the developer behind Digital Memoir, a project which translates social media data into music. Read more at ceciliamezzi.com.