Meet Grace Carter, the British Singer-Songwriter with a Voice to Break and Mend Hearts, Who Talks About Her Latest Track ‘Blame’

The Artist’s Tour Supports of Big Hitters Dua Lipa, Lewis Capaldi, and Jorja Smith Have Got Everyone Talking 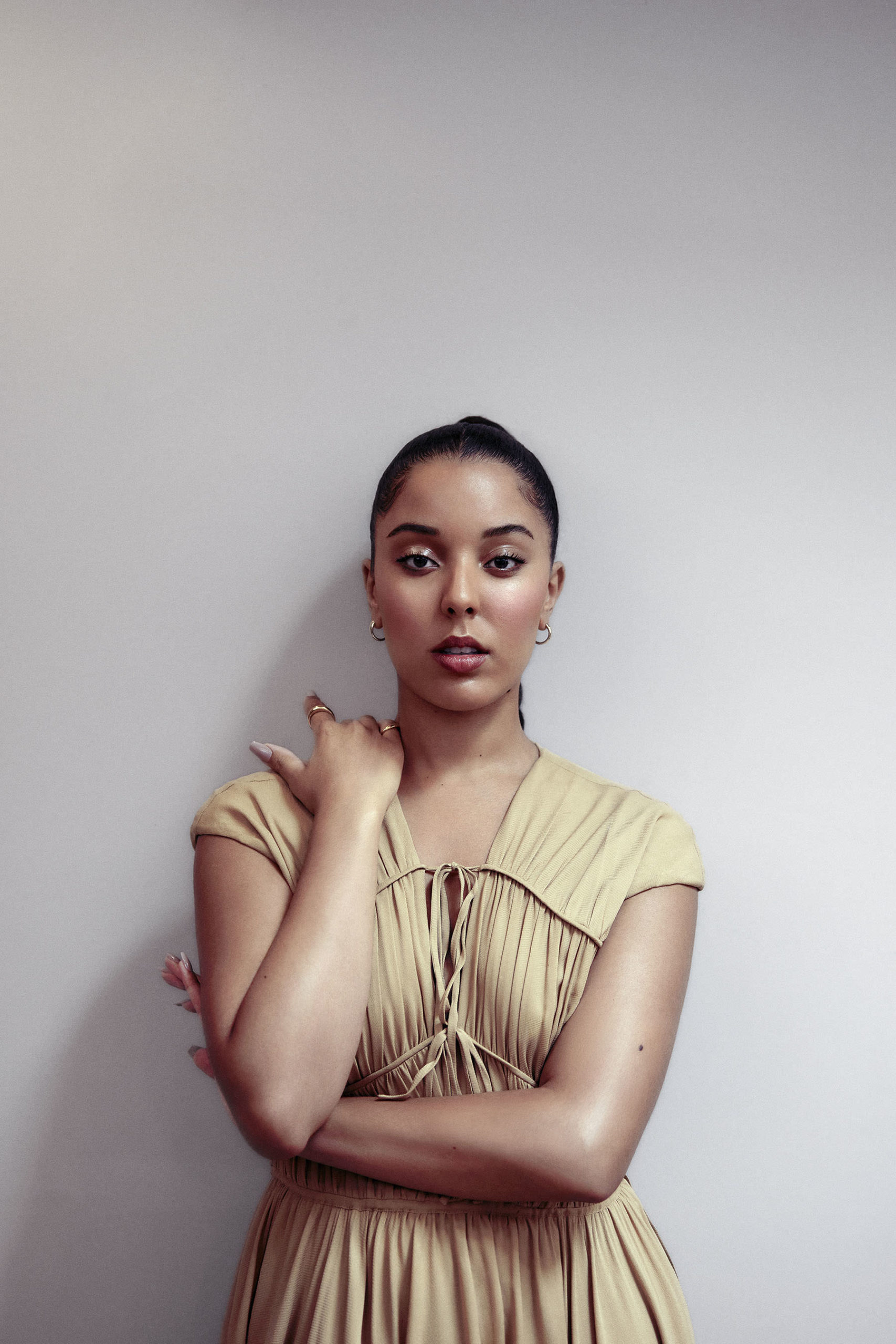 “I think I peaked super early in lockdown,” Grace Carter says via ubiquitous Zoom call from her home in West London, cocooned in a large pastel knit. “In the first two weeks I wrote my latest single”, she says, referring to Blame, her first artist collaboration. It’s the 23-year-old singer-songwriter’s first release of 2020, and the latest in a catalogue of music that credits 170m plays and counting across streaming platforms, and high profile tour supports of Brit music behemoths Dua Lipa, Lewis Capaldi, and Jorja Smith. 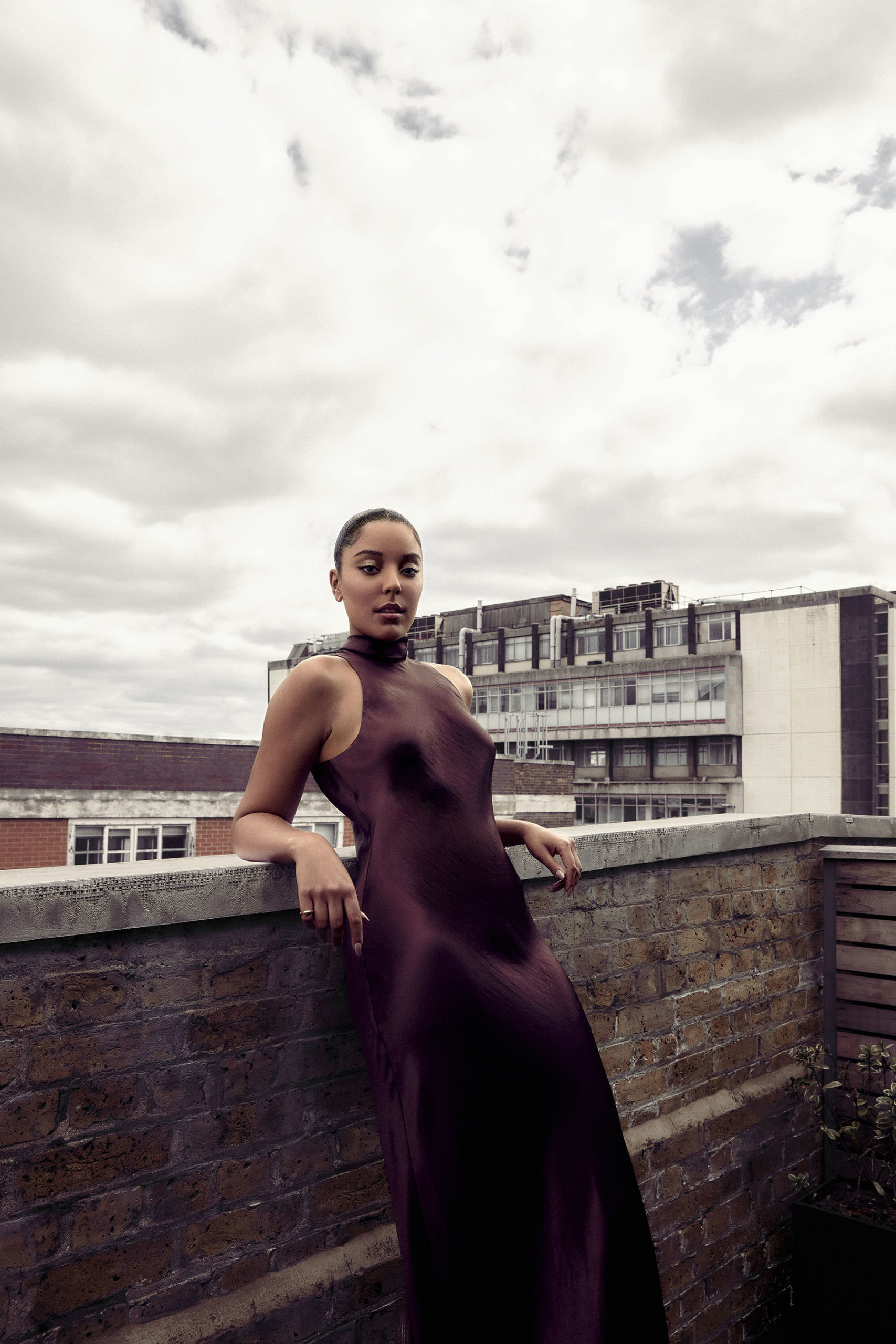 It was an idea from a fan that sparked the fire. “The whole story of Blame was that I had received a tweet, just as we had gone into lockdown, saying ‘if the world is ending, the last collaboration I want is Jacob Banks and Grace Carter’”, she reveals. “So then we both messaged each other, like, ‘okay this could be interesting.’” After brief back-and-forth Carter wrote Blame, and sent it to Banks thinking, “he’s either going to love this or absolutely going to hate it, and he was like, ‘Yes! Let’s record vocals tomorrow.’” In true Coronavirus fashion they recorded the vocals on Zoom, “which is, like, the new normal for everyone right now, which I just can’t get my head around,” she laughs. They met in person for the video shoot. “ It proves so much that you don’t always need a super, fancy expensive studio to get a good song finished.”

Blame is signature Carter, a luxuriously soul-searching pop R&B song featuring rich melodies and simple but poignant lyrics. She says the song is about taking a step back and reflecting, “taking the higher ground with something not working out. Deciding, to take the time for myself, and the space for myself, to say, ‘okay, this is no one’s fault. It just wasn’t meant to be, and I’m better off without it.”

“I blamed it on heartache

I blamed it on you

I blamed it on mistakes

And your empty truth

Now I can’t even wade in the water

I’m in too deep to move

Love is so painful

When you’re born to lose”

She credits her preternaturally contemplative view of relationships as growing up an only child with her single mother, often the only child at the dinner table, listening to adults discuss their failing or broken marriages. “I felt so much so young and I was kind of exposed to so much so young that it meant that I could have gone one of two ways. Luckily, through having an amazing mother, I was pushed in the direction of embracing it and using it as a tool to better myself,” she pauses, “and connect with people and help other people.” Recently she’s been thinking about her career goals. “Obviously I want to be super successful and tour the world and play at massive venues, and sell lots of albums and all of that stuff. I also just want to make a difference in someone’s life. That is something that’s so important to me because I remember being young and feeling really confused.” 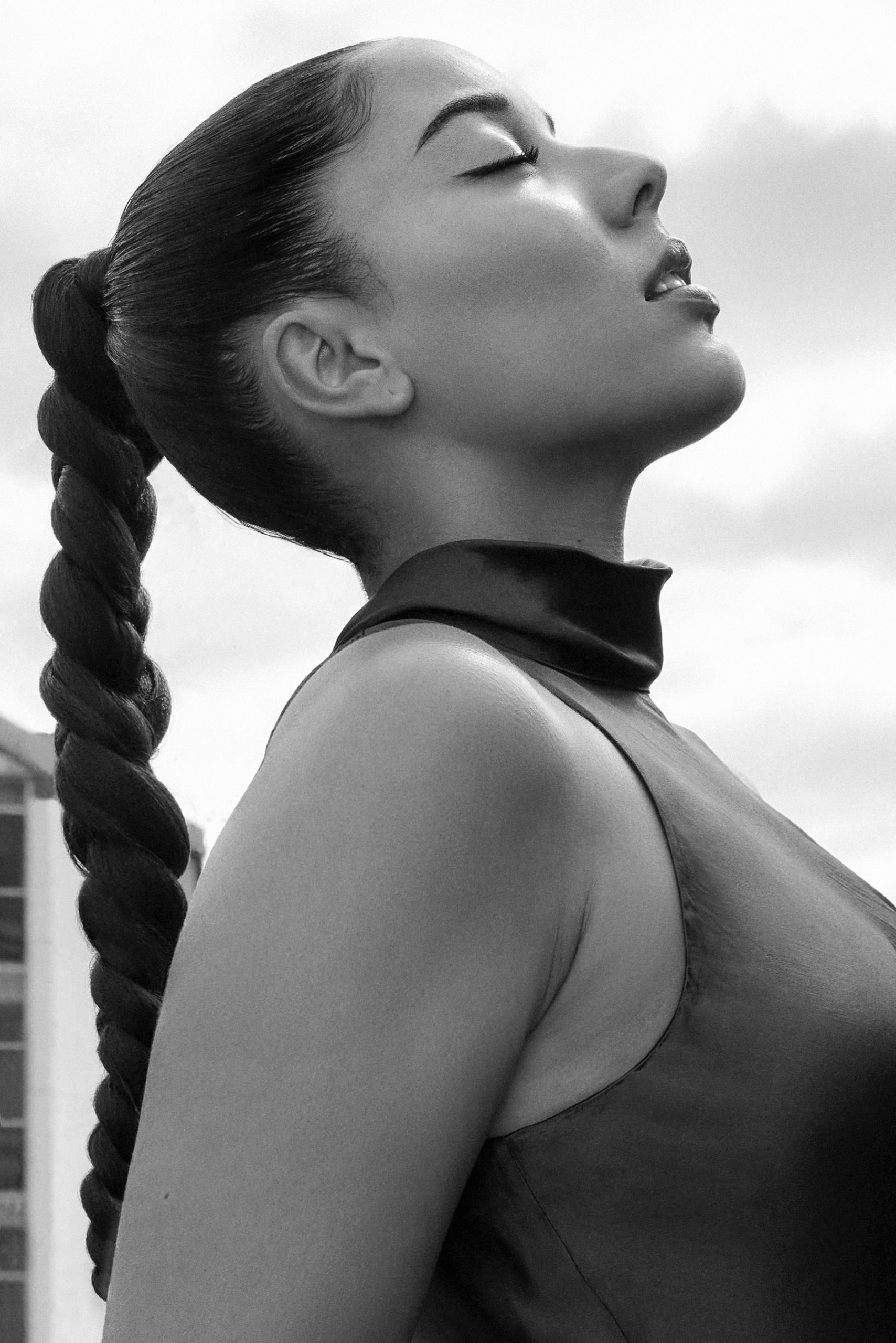 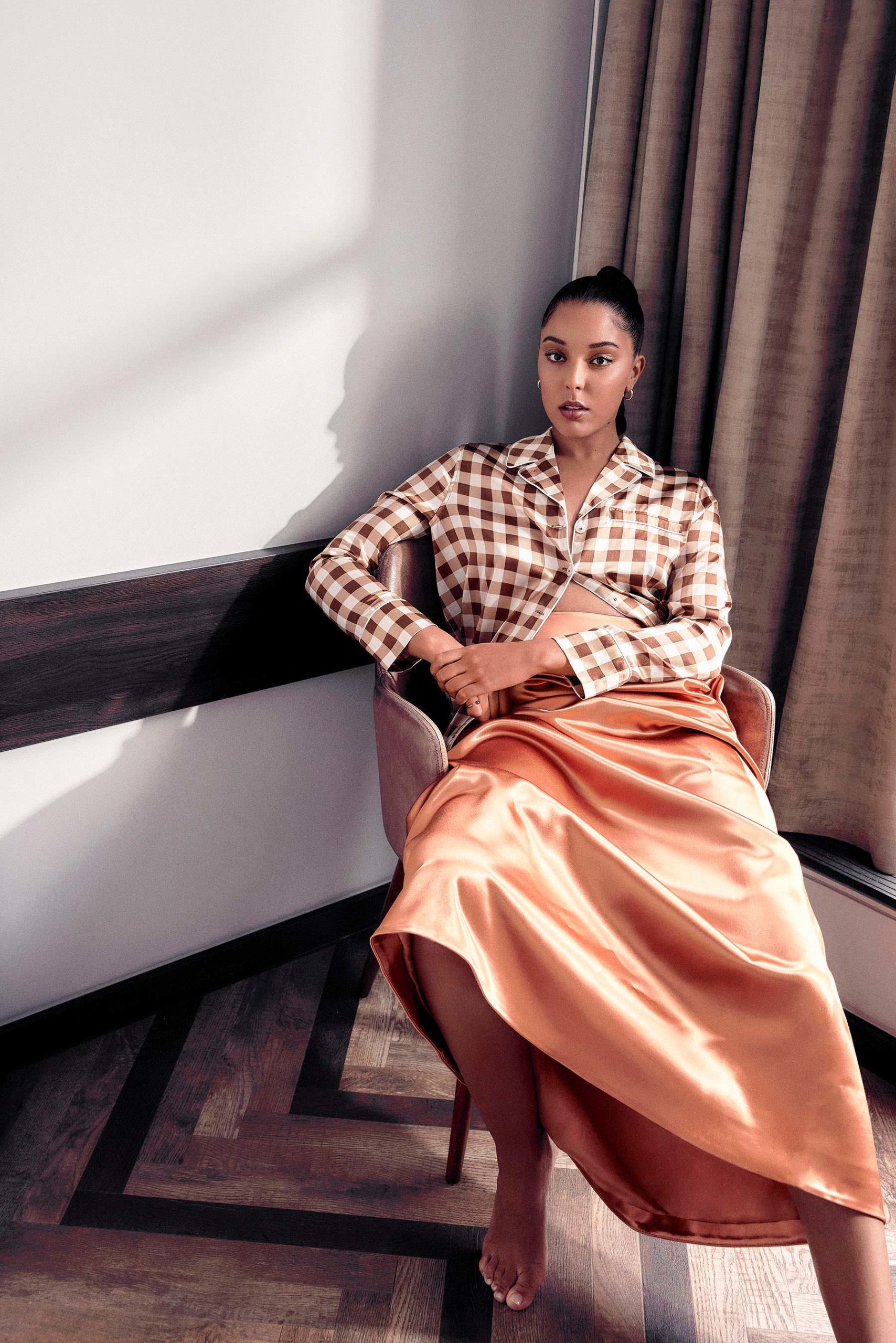 She wants to be someone younger people look up to, “there’s so much strength in being vulnerable. That’s the motto my mum raised me with, ‘don’t be scared of emotion, don’t be scared of vulnerability, it’s your power.’”

I ask her how she would describe her music to somebody who’s not heard it before. “Um… sad?” She laughs, retracting that. “No. I actually object. I don’t like it when people say my music’s sad. It kind of stresses me out a tiny bit; because it’s never the intention of it, being really sad. I hope it’s empowering and uplifting. Emotional, but there’s a light at the end of the tunnel.”

Carter was has always loved singing, “to be honest, I don’t think I realised how much. It was only when I watched back videos of myself when I’m two years old, literally screaming, that I realised that it’s actually something I always loved to do.” Moving from London to Brighton around her 8th birthday she joined a church choir and fell in love with the harmonies. “You’ll notice in a lot of my songs I, like, stack my vocals like a lot and have like lots of layers, I think that’s come from being in a choir, doing harmonies and loving that sound.”

Her first foray into songwriting was instigated her step-father, also a musician. “He challenged me to write a song and…I hate saying I’m competitive, but I am really competitive,” she laughs. The first song she wrote was a “bit of a cop-out.” She explains, called Blank White Page, the opening lyric was, “I’m staring at a blank white edge and I’m on the edge of breaking”. Very meta, for a 13 year old. She was raised on a diet of strong female artists such as Lauryn Hill, India Arie (she says Video was a favourite song and used to sing it in the mirror, “ I think it’s such an empowering song for young, black mixed-race girls”), and later Adele. 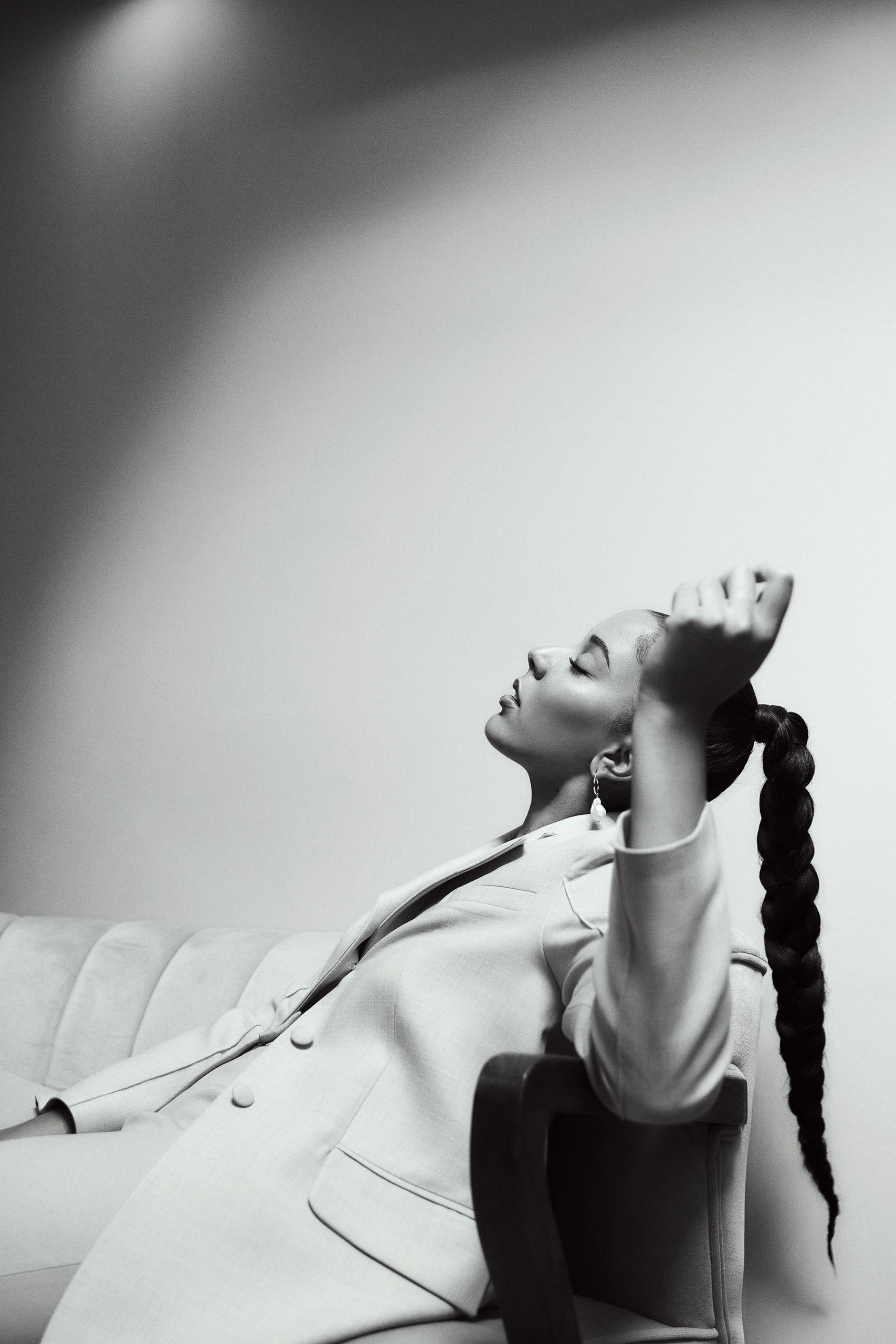 In the wake of recent Black Lives Matter protests, Carter has been reexamining her own identity as a mixed-race woman, and feelings about her estranged black father. She explains she looks nothing like the family she grew up with, “I’ve grown up in a white family without the black side of my family, it brought up a lot of pain and confusion and things I didn’t have answers to,” she confides.“It’s been a solo journey, really, of discovery and figuring out my feelings and who I am as a person and what my blackness means to me.” She says the protests have been, “a very emotional time”, and led to conversations with her best friend, also a mixed-race woman, about “whether we had a right to be angry, ‘cause we felt angry, but we didn’t know if we had the right to feel angry.’” Realising that other mixed-race women have the same questions, she and her friend, the model and presenter Georgia Moot have a new podcast on the cards for this autumn to unpick these issues, “we didn’t really understand where we sat at the table.”

There is also new music in the pipeline before the end of the year, and an interrupted tour that Carter can’t wait to get back to, “I was on tour when lockdown started so that was pretty heartbreaking,” she laments. “My band are my family, and my crew that I tour with are like my brothers. I love them with my whole heart.” While technically music venues have been allowed to put on gigs since August 15, many have cited the financial and physical impossibility of social distancing as a barrier to reopening. “It’s a hard time for sure,” she agrees. 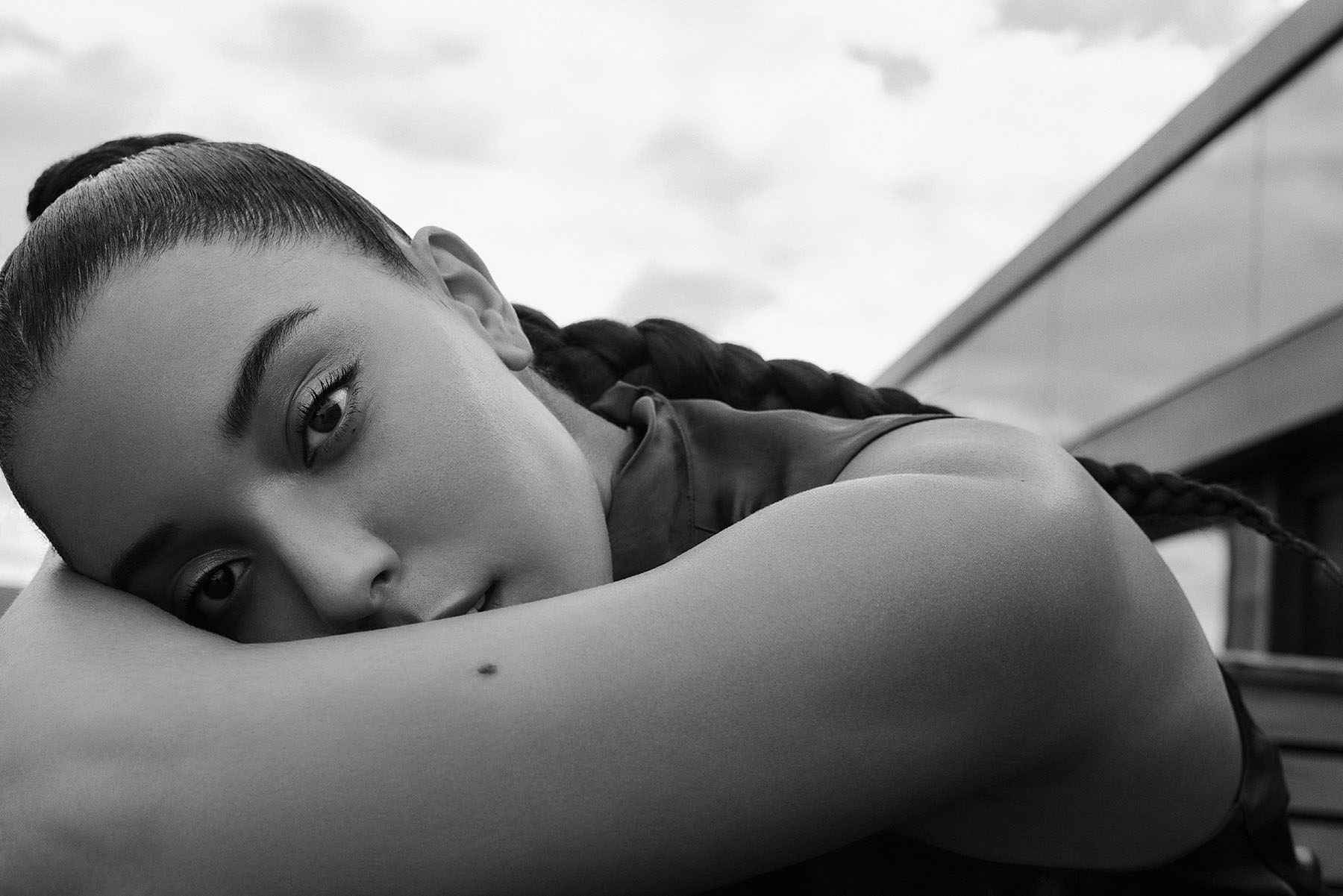 While our conversation touches on meaningful topics, the overall impression of Carter is that she comes across as a happy, upbeat person, and I say as much to her. “This is what people always say,” she admits. “It’s like I get all the sadness out in the music and then I can go and have fun and hang out.”

Genuinely unaffected, Carter’s aspiration to be someone young people struggling with their emotions can look up to is credible. On the back of her heartfelt 2018 debut EP ‘Why Her Not Me’, and finishing third on the BBC Sound Poll 2019, there’s also the strong possibility in our post-pandemic future, that she will play the massive venues and sell the multitudes of albums she’s always dreamed of.

Blame is out now on Universal Music.