Live Out Your Gilded Fantasies In The Original Grand Budapest Hotel

Budapest is the kind of city that sits on people’s must-visit lists for years, without ever muscling its way past Paris or Rome. Don’t make that mistake.

One of the largest cities in Europe, Hungary’s capital city has a long and rich history beginning with a Celtic settlement that became Aquincum, the Roman capital of Lower Pannonia. The Hungarians arrived in the 9th century and, in 1873, the towns of Buda and Óbuda on the west bank unified with Pest on the east bank to become the Budapest we know today.

In 1896, when Hungary celebrated 1000 years since the Magyars’ arrival in the Carpathian Basin, the city saw a flourish of new buildings to celebrate this momentous occasion, leading to the central area along the Danube River to be classified as a UNESCO World Heritage Site. This protected site houses, many notable monuments and cultural institutions, including the Hungarian Parliament, Buda Castle, Széchenyi Chain Bridge, the Museum of Fine Arts, Franz Liszt Academy of Music, Hungarian State Opera House and National Széchényi Library. Another beautiful building erected in that year was the Grand Hotel Royal, now known as Corinthia Hotel Budapest, after the Pisani family of Malta acquired the hotel and reopened its doors in 2004.

And that’s where we start our tour. 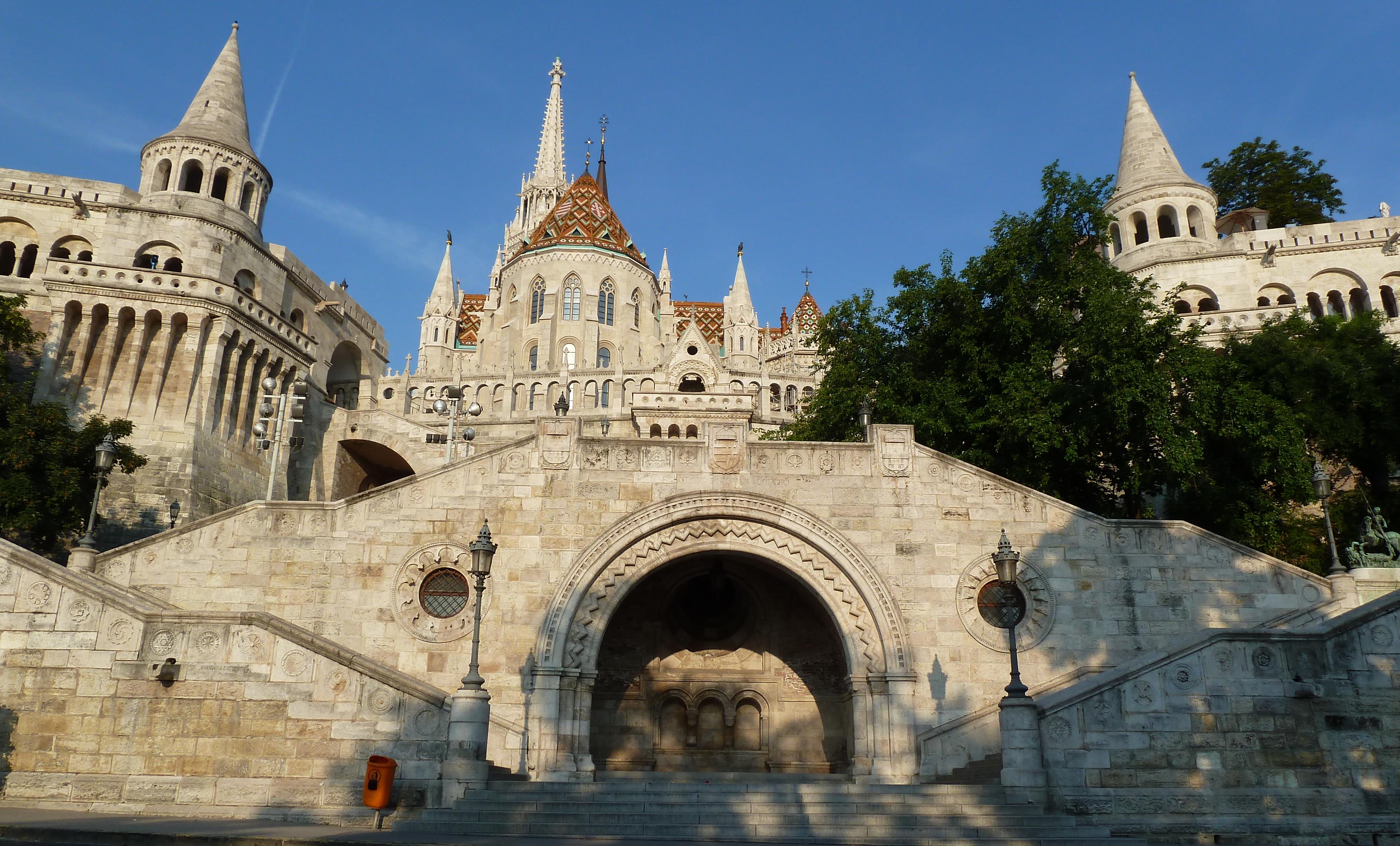 It was here where, in 2012, Wes Anderson paid a visit to review archive materials from the building’s days as the Grand Hotel Royal

With a history that saw Budapest through the best and worst times, this hotel stands as a testament to both craftsmanship and culture. In 1896, the year of its opening, the Lumiére brothers held the first screening of a motion picture in Budapest at the hotel, while Béla Bartók, the world-famous Hungarian composer, frequently conducted music there. This impressive landmark, with its imposing Neo-classical façade and soaring six-storey glass atrium, was meticulously renovated in 2003. It now houses 439 luxurious rooms, blending rich history with state-of-the-art facilities and modern technology.

It was here where, in 2012, Wes Anderson paid a visit to review archive materials from the building’s days as the Grand Hotel Royal. And a few years later the golden age of hospitality, the city that nurtured it, wooed the world afresh when the director premiered his hit The Grand Budapest Hotel.

Checking into a hotel that has welcomed diplomats, dictators, directors and dancers can’t help but feel special. Greeted with a warm smile we were whisked off to our Executive Suite, where our luggage was already waiting for us in our vast walk-in wardrobe. Modern, eclectic furniture was effortlessly juxtaposed with the classic warmth of plush draperies and beautiful wooden floors. Homely, spacious, and airy, this was a suite you could spend a lot of time in, whether it be chilling in the lounge, taking a good book from the in-room library or soaking in the tub in the master bathroom.

At the bar we were introduced to a new idea that showcases the best the city has to offer: four immersive 360 VR experiences called ‘Portraits of Budapest – A City in 360’. Sipping G&Ts and wearing Oculus Rift, we loved walking in the shoes of some local Hungarians – dancer Lili, architect Gaspar, restaurateur Hubert and singer Andrea – and hear why Budapest means so much to them. 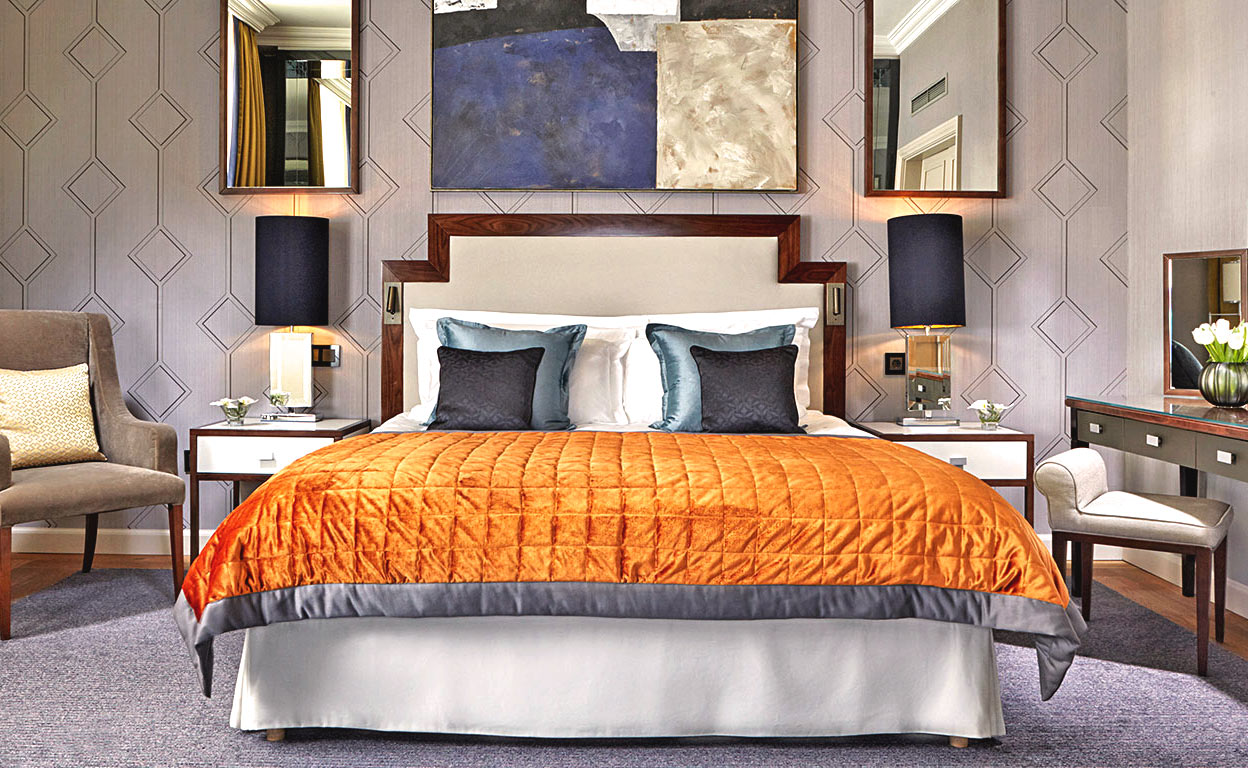 We moved to the Brasserie & Atrium restaurant for dinner – and wow, what a space! Floor to sky open plan with just glass between you and the open air, this space is filled with light. The restaurant is the brainchild of the head Chef Balazs Ölvedy, with a ‘farm to table’ seasonal philosophy, offering up such delights as black curried foie gras and foie gras spring roll, apple gel, walnut crumble and cider sorbet. And the wine… Hungarian is one of only two European languages which has its own word for ‘wine’ (bor), not derived from Latin. The local climate and the soil are perfect for wine-making and this small country embraces 22 wine regions, each with a different microclimate producing different tastes and styles. The dining outlets at Corinthia Budapest boast extensive wine lists showcasing the best Hungary has to offer, from sumptuous reds to the famous dessert wine Tokaji, to local sparkling Brut.

The next morning we continued our arduous trip in the spa. The hotel’s original nineteenth-century spa has been restored to reflect its former grandeur and now offers ESPA treatments alongside a 15-metre swimming pool, saunas, steam bath and jacuzzi. This elegant Art Deco building is another trip to the gilded past; lounging in the pool looking up at the stained glass windows and iron balconies you get a distinctly 1920s vibe.

Relaxed and rejuvenated, it was time to venture out and soak up some local culture instead of just alcohol and aromatherapy oils. We headed to the City Park, the main venue of the 1896 millennium celebrations which houses the Széchenyi Thermal Bath, one of the largest spa complexes in Europe and also the first thermal bath of Pest. The Saint Stephen Well, commissioned in 1938, provides the hot-spring water supply complete with calcium, magnesium, hydro-carbonate, sodium, sulphate, fluoride and metaboric acid. All the main mineral food groups, then. The nearby Heroes Square is noted for its iconic statue complex featuring the Seven Chieftains of the Magyars and other important national leaders as well as the Tomb of the Unknown Soldier, an iconic sightseeing spot worth the drive. 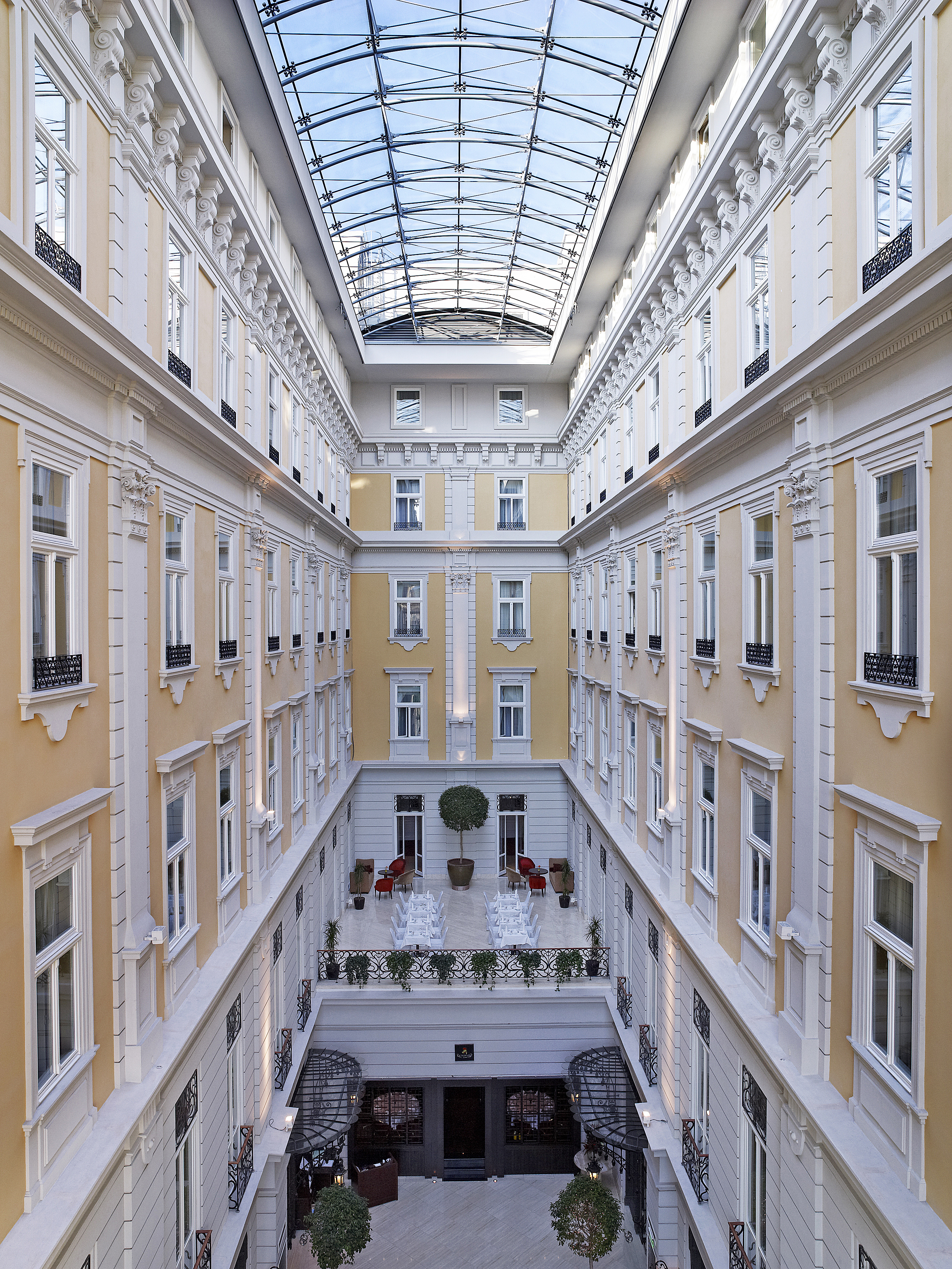 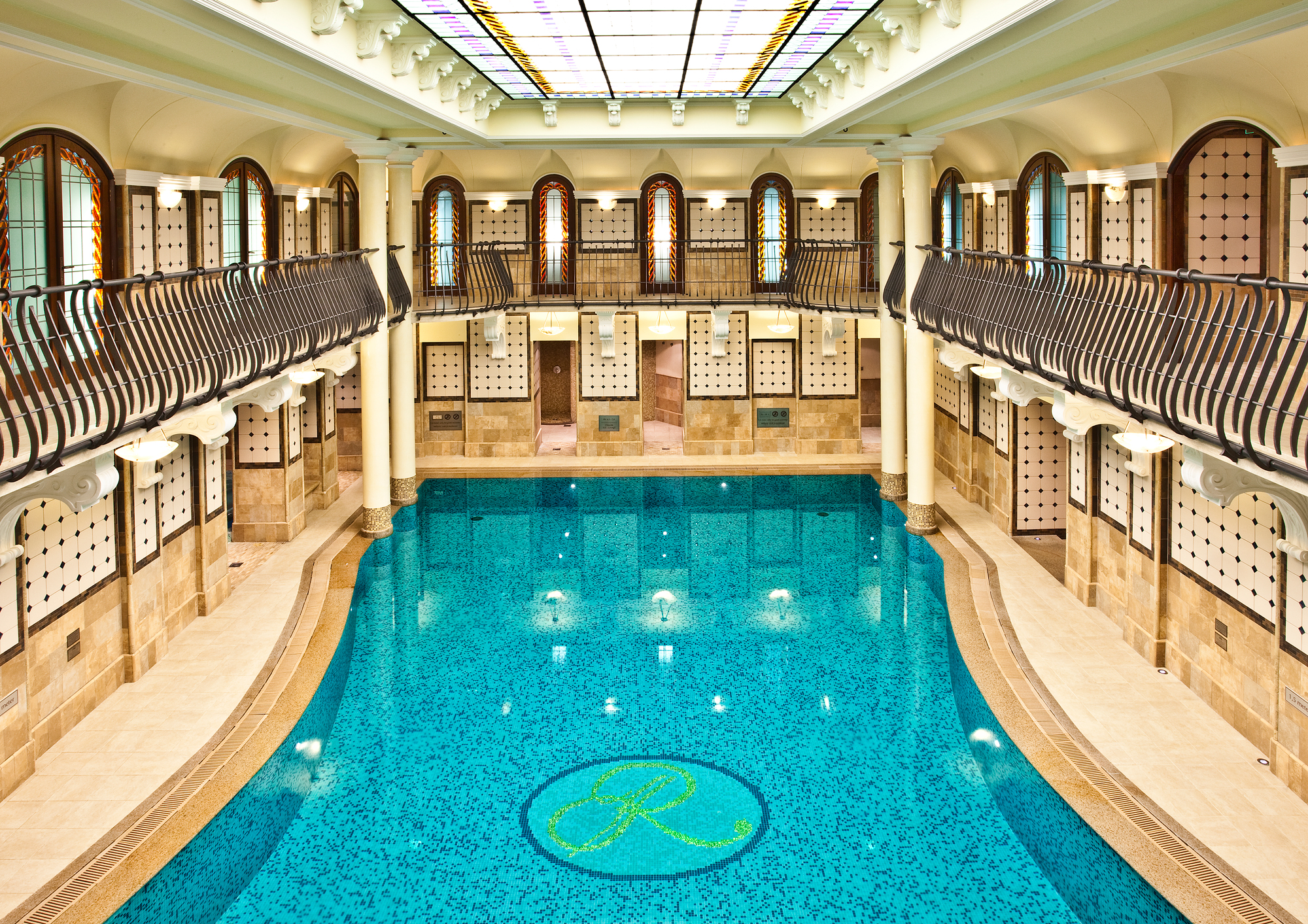 Back at the hotel, it was time to prepare to meet one of the stars of Portraits of Budapest. Donning our finery we headed by chauffeur-driven car to The Hungarian State Opera House to see Swan Lake featuring Lili. Lili is a member of the Hungarian National Ballet and has been dancing since she was nine years old, so it was a real thrill to see her dance in Tchaikovsky’s iconic ballet. We were then whisked away to Babel Budapest Restaurant, owned by another Portraits of Budapest protagonist, Hubert. The restaurant provides an unprecedented dining experience in Budapest with its Hungarian-regional kitchen sourcing 75% of its ingredients locally. The food was of outstanding quality, the presentation was fun and intriguing, the tastes were unique, and the atmosphere was chic but homely. 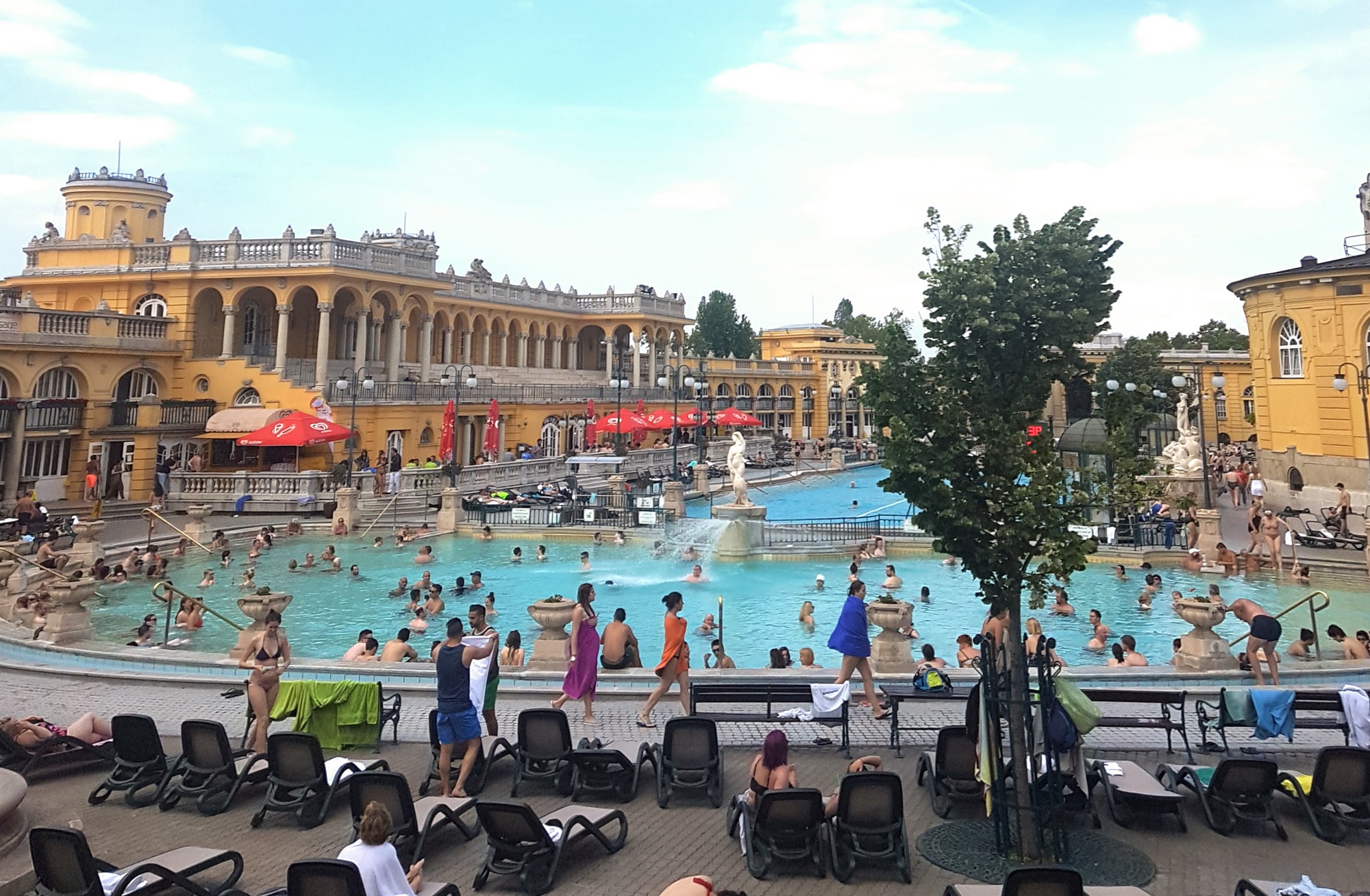 The next day we headed off on a tour of Budapest, taking in all the sites this UNESCO city had to offer, from the Hungarian Parliament to the Fisherman’s Bastion, Széchenyi Chain Bridge, Matthias Church and the famous Ruin Bars of the Jewish District. As a proud Londoner I love the energy and history of my city, but Budapest knocks it for six in the beauty stakes. Set out in a way that makes the most of every building, with each landmark accented by the Danube River and the gilding and tiles gleaming in the sun like a Hollywood smile – this city is film-set perfect. But not stiff. The Hungarians are some of the friendliest Europeans I have ever met, with the efficiency of the Germans mixed with the carefree attitude of the Italians.

That evening, we experienced the hotel’s new restaurant: Caviar & Bull by Marvin Gauci, the celebrity chef and ambassador for Maltese gastronomy. Designed to be sharing style, we gorged on such delights as seared Wagyu beef carpaccio, Applewood smoked salmon, black calamari, and a house speciality of fish buried in rock salt, baked at 200 degrees and constructed at your table. As they poured Sambuca on the salt and set it alight, we were sold . . . dinner and a show!

It was almost time to say goodbye to this extraordinary city, but not before the ultimate decadence. Budapest is split right down the middle by the Danube, Europe’s second-longest river, and like any riverside capital there is only one way to best see it; by boat. Heading down to the riverbank we boarded a big commercial river cruise – but oh no, this was the “Narnia” door to our private sleek Rivera style speedboat kitted out with bubbly and plush leather seats. Movie star stuff. We took in such sites as Hungarian Parliament, Buda Castle, Széchenyi Chain Bridge and the Liberty Statue, beautifully lit up. After a slowly meander the captain suddenly revved up the engine and let loose. Speeding down the river, AC/DC blaring out the speakers while sipping champagne, I had gone from movie star to rock star.

If you deserve a treat, the Portraits of Budapest experience at Corinthia Budapest cannot be matched. In a mad world, it provides a truly magical escape. 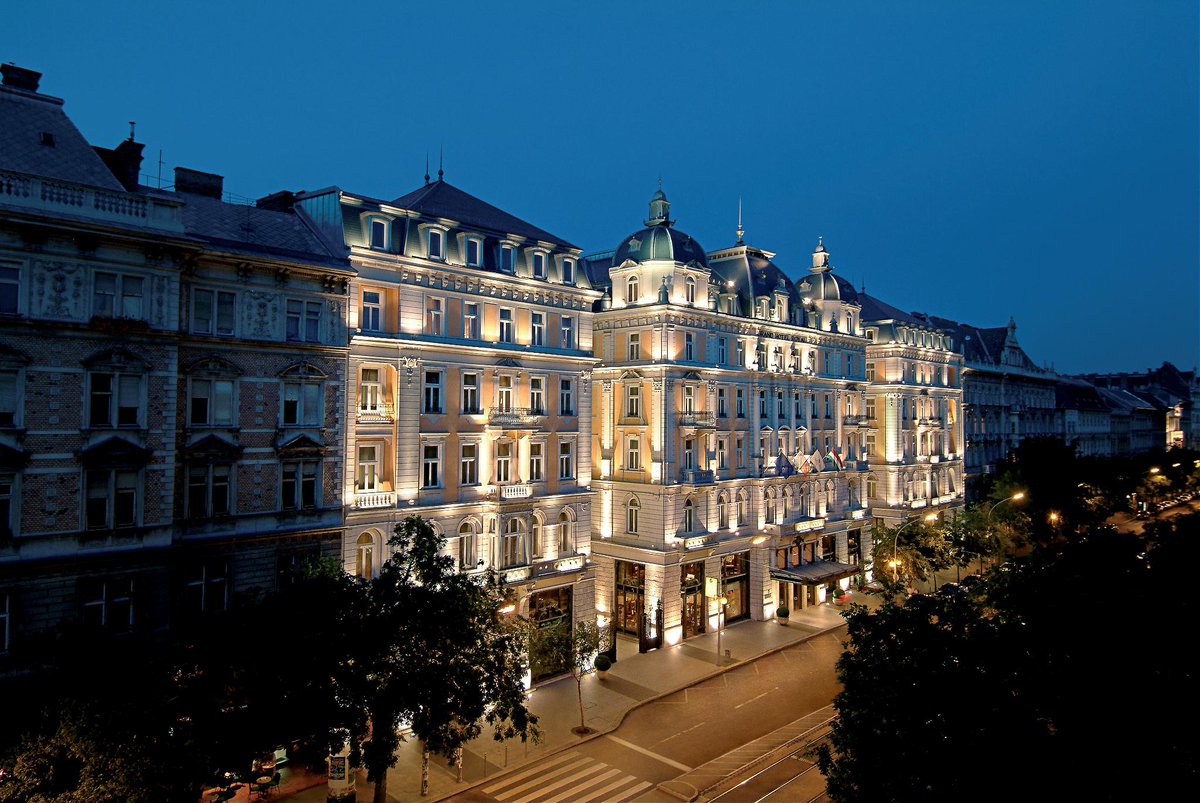 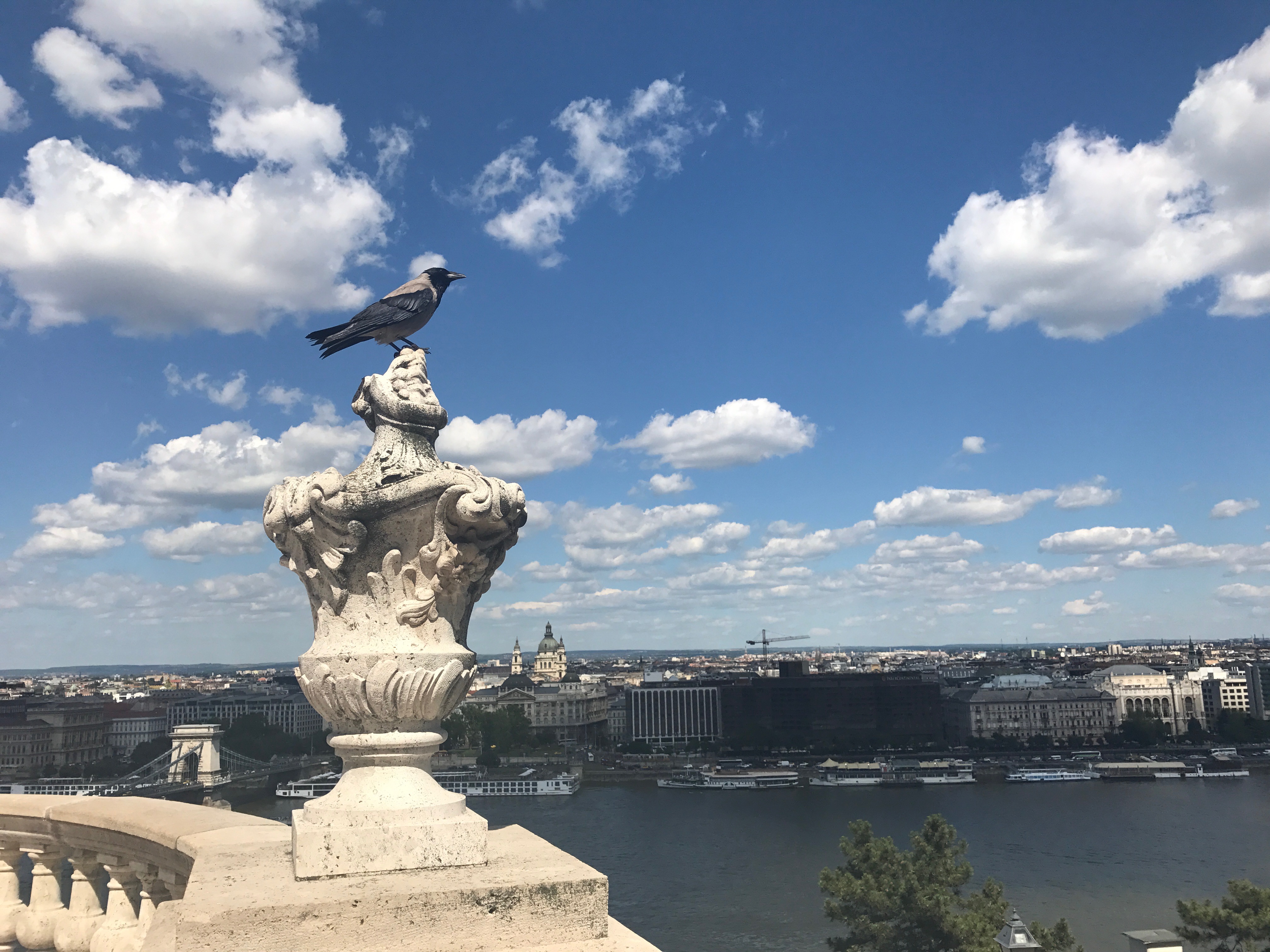 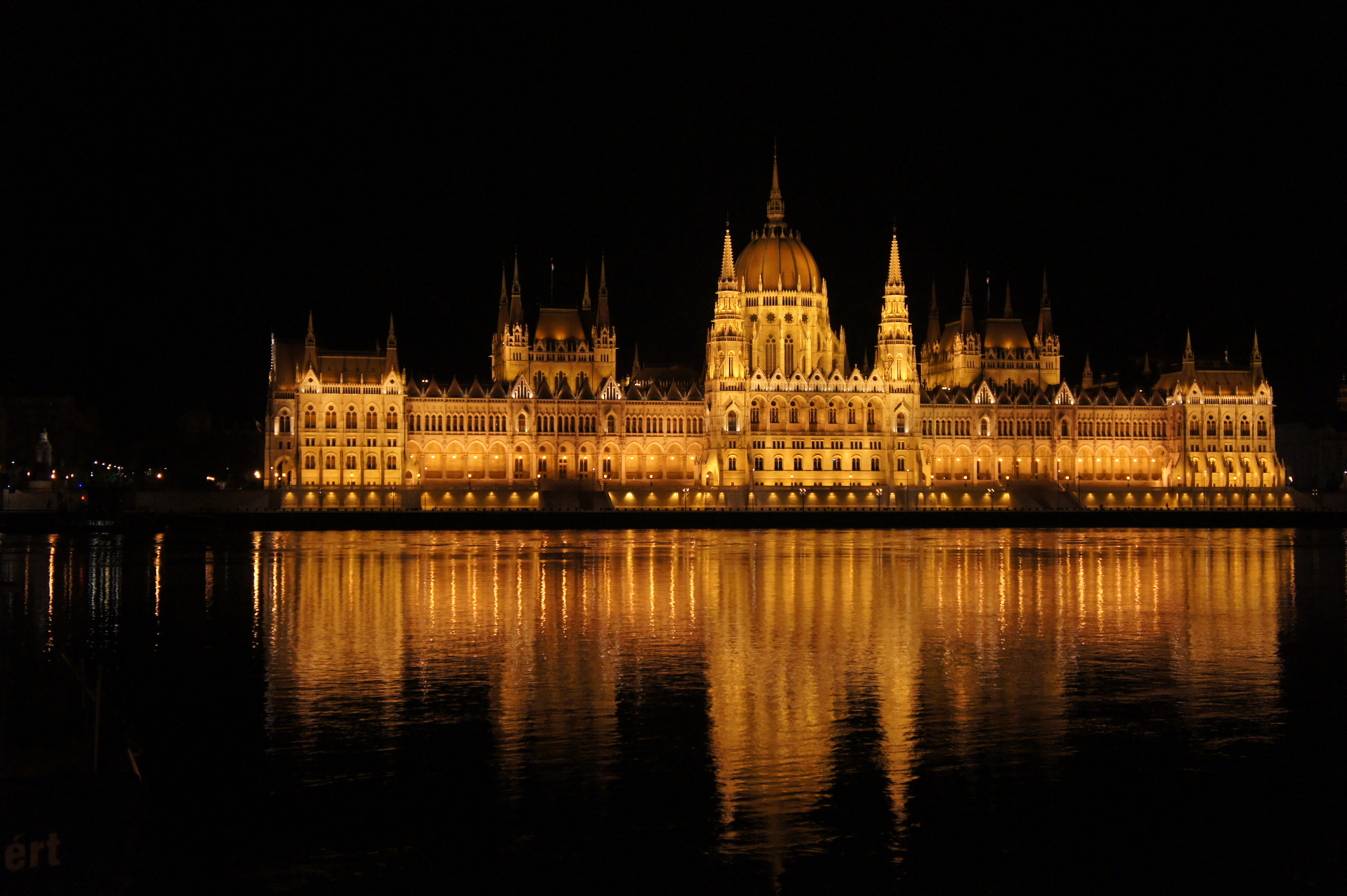