Let Stunning, Soulful Animation The Red Turtle Restore Some Magic to Your World

Michaël Dudok de Wit’s The Red Turtle is one of the most beautiful, compassionate, emotionally draining films of the year

★★★★★
A man narrowly survives a brutal storm at sea, washing up on an uninhabited jungle island where he must use all his resourcefulness to survive. Accompanied by a quartet of crabs, the man’s efforts to escape are consistently thwarted by a placid but destructive giant red turtle, leading him to an act of frustration and violence that will shape the rest of his life. 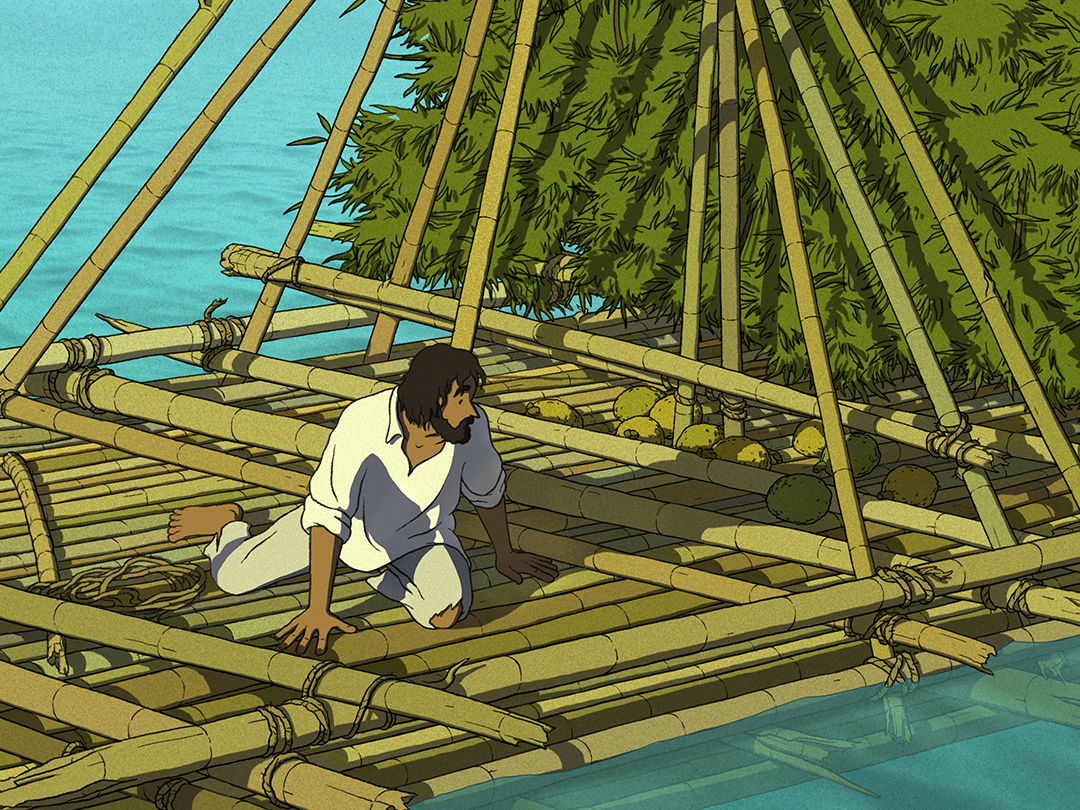 The ostensibly simple animation style – as close to hand-drawn as dammit – is perfect for a film wrestling with themes as old as humanity itself, and The Red Turtle feels like it could be ripped from a long-forgotten children’s picture book.

Much will be made of Studio Ghibli’s involvement in the development of The Red Turtle, an international co-production directed by celebrated animator Michaël Dudok de Wit. And while that famed studio’s unique, mystical worldview is certainly in evidence, there’s a parable-like clarity of vision here that is idiosyncratic to its auteur creator. De Wit deservedly won an Oscar in 2000 for his moving short animation Father and Daughter which, in seven minutes, packs more emotional heft than most feature-length dramas manage, and many of the preoccupations of that gentle meditation on loss, time, and love are revisited in The Red Turtle, though De Wit benefits from a far wider canvas on which to craft what may well be his masterwork. 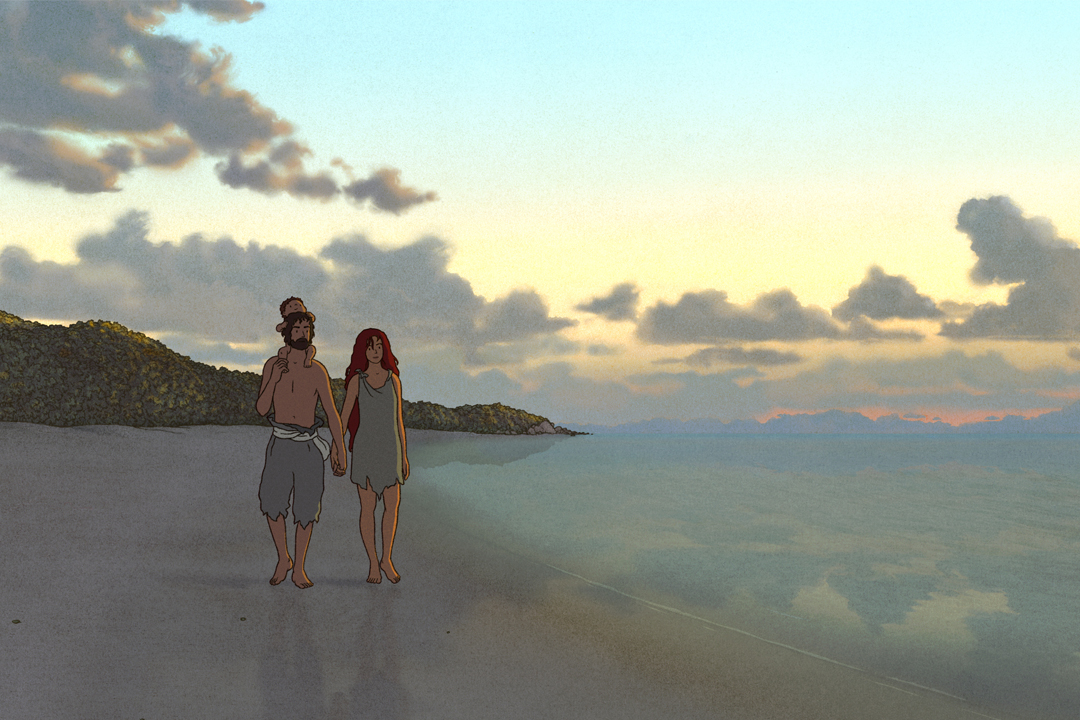 Unfurling unencumbered by dialogue, the man’s journey from lost and lonely soul to a place of acceptance and growth is both physically thrilling and metaphysically rich. De Wit doesn’t skimp on visceral spectacle – the opening storm is chilling and all-consuming, a later hurricane is sublime in its cleansing fury, and a sequence that sees the man trying to survive a fall into a deep crevice is a master class in visual economy and heart-in-mouth horror. The curious crustaceans dogging his steps bring a touch of levity that will appeal to younger viewers though, while the rich palate and man vs nature scenes of adventure suggest family-wide appeal, The Red Turtle’s defiantly philosophical preoccupations and gentle rhythms will best reward the more patient and thoughtful young cineaste. 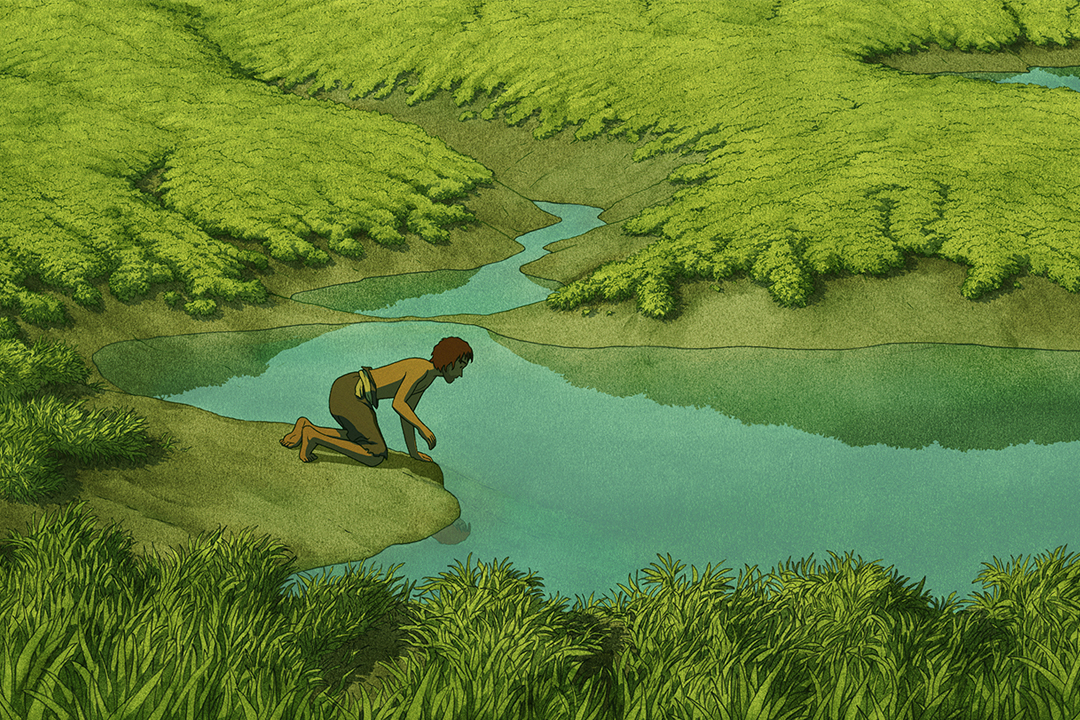 The ostensibly simple animation style – as close to hand-drawn as dammit – is perfect for a film wrestling with themes as old as humanity itself, and The Red Turtle feels like it could be ripped from a long-forgotten children’s picture book, or a discovered as a charcoal rendering in a dusty corner of a municipal museum. Fear, hope, despair, triumph, loss and redemption play themselves out on this magical island in a film that is both wise and reserved, swerving away from easy answers and cloying emotion and mining instead for ambiguity, empathy, and a sense of amazement at life’s rich and strange tapestry. The Red Turtle’s most ravishing scenes – a dreamy starlit beach chase, an impossible wave-walk, the red turtle’s ambiguous resurrection – are infused with a powerful magic realism that aims straight for the heart and gut, and rarely misses. 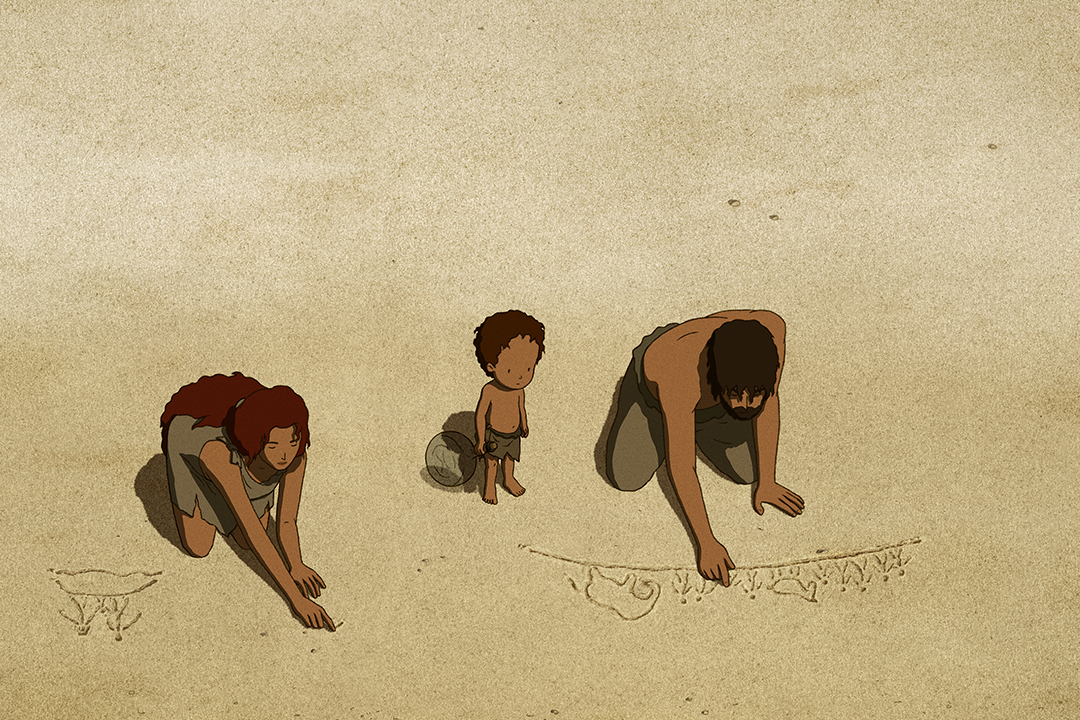 The Red Turtle is one of the most beautiful, compassionate, emotionally draining films of the year, with images and themes that will likely haunt you long after you’ve left that strange island behind. It’s a film that objectively and unblinkingly tackles the joys and pains of the human experience head on and with stark clarity, finding magic and comfort in the darkest of situations, and for that alone it should be treasured. 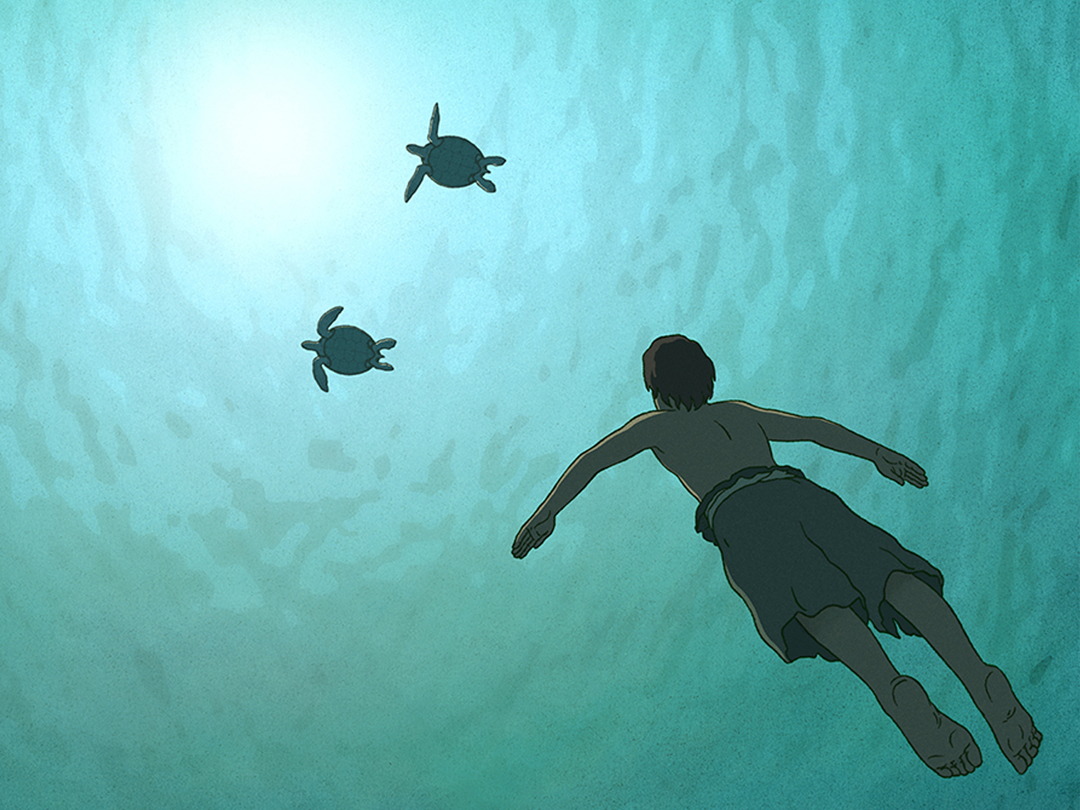