She was cast as a young Judy Garland aged just 15. This month, the rising British actress is back in a darkly supernatural series

Deep into a bitingly cold lockdown, Darci Shaw is keeping sane by walking along the River Mersey. With all that’s changed in the past year, it’s reassuring to her that it’s “still a shade of brown”. The 18-year-old Liverpudlian, who won broadsheet praise for her portrayal of a young Judy Garland in the 2019 biopic Judy – a role she landed aged 15, which saw her star alongside Renée Zellweger – is preparing for the launch of her upcoming Netflix show The Irregulars, dropping 26th March. 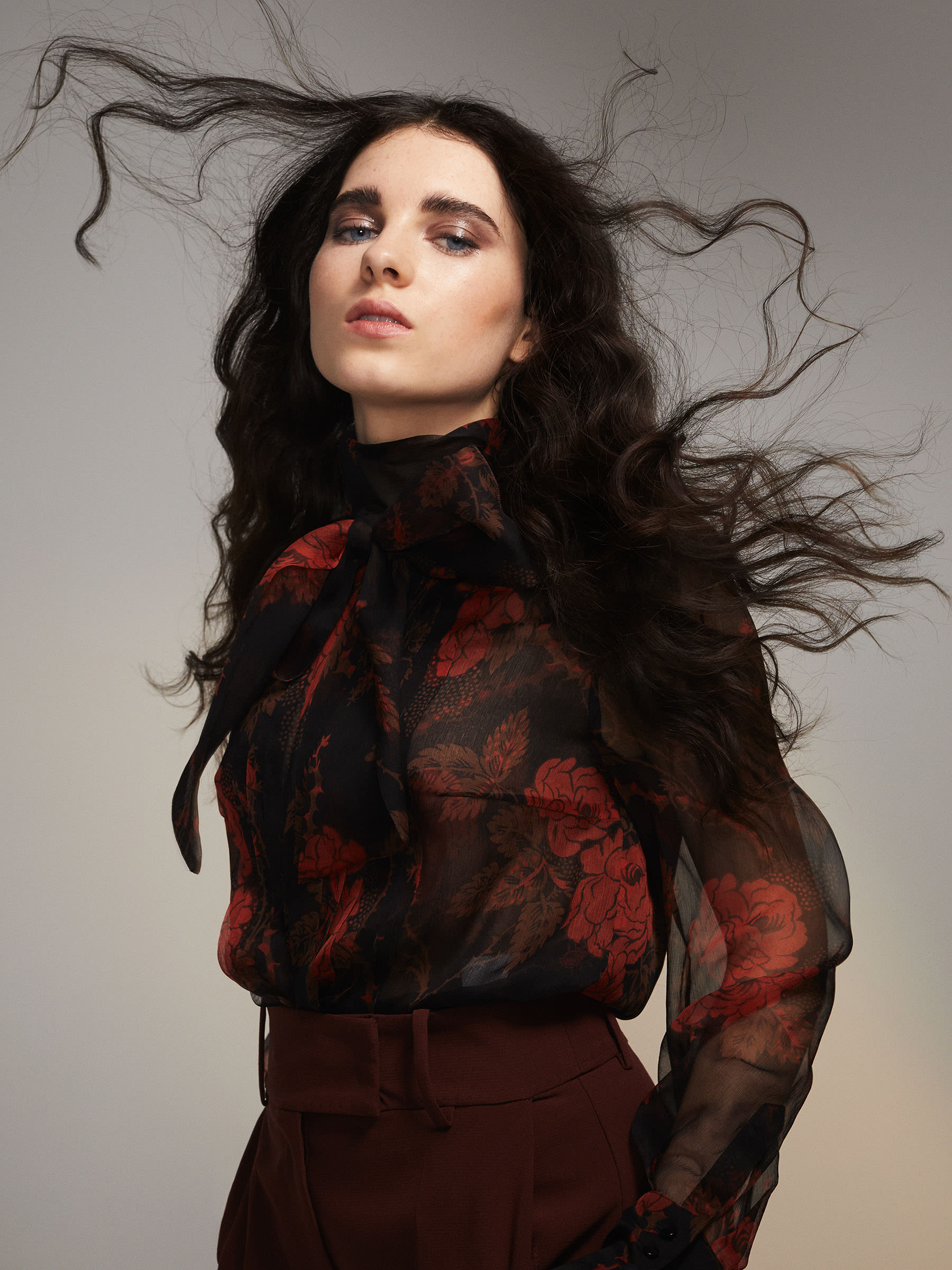 “I love accents, so playing a wide range of people and experiences is something I’ve always wanted,” Shaw tells me over Zoom from her family home. “Judy is very Hollywood glamour with a polished accent, so to go from that to The Irregulars, where I’m playing a street urchin and have dirt put under my nails in the makeup chair every morning, is a great transition.”

The theme of accents resounds throughout our interview. Growing up, Shaw was so into mimicry that she swapped her soft, lyrical Scouse vocals for something else entirely. “For the majority of my childhood, I actually spoke in an American accent, which is completely ridiculous,” she laughs. “I was obsessed with the Disney channel and would watch it for hours.”

There are no transatlantic tones in Tom Bidwell’s The Irregulars, which is set in the dark, smog-cloaked streets of Victorian London. The series follows a group of teenagers living in poverty, who are approached by a mysterious figure we later learn to be Sherlock Holmes’ right-hand man, Doctor Watson. He enlists the teens to help solve crimes in the capital, all with paranormal elements that pepper the show with dream-like supernatural sequences. 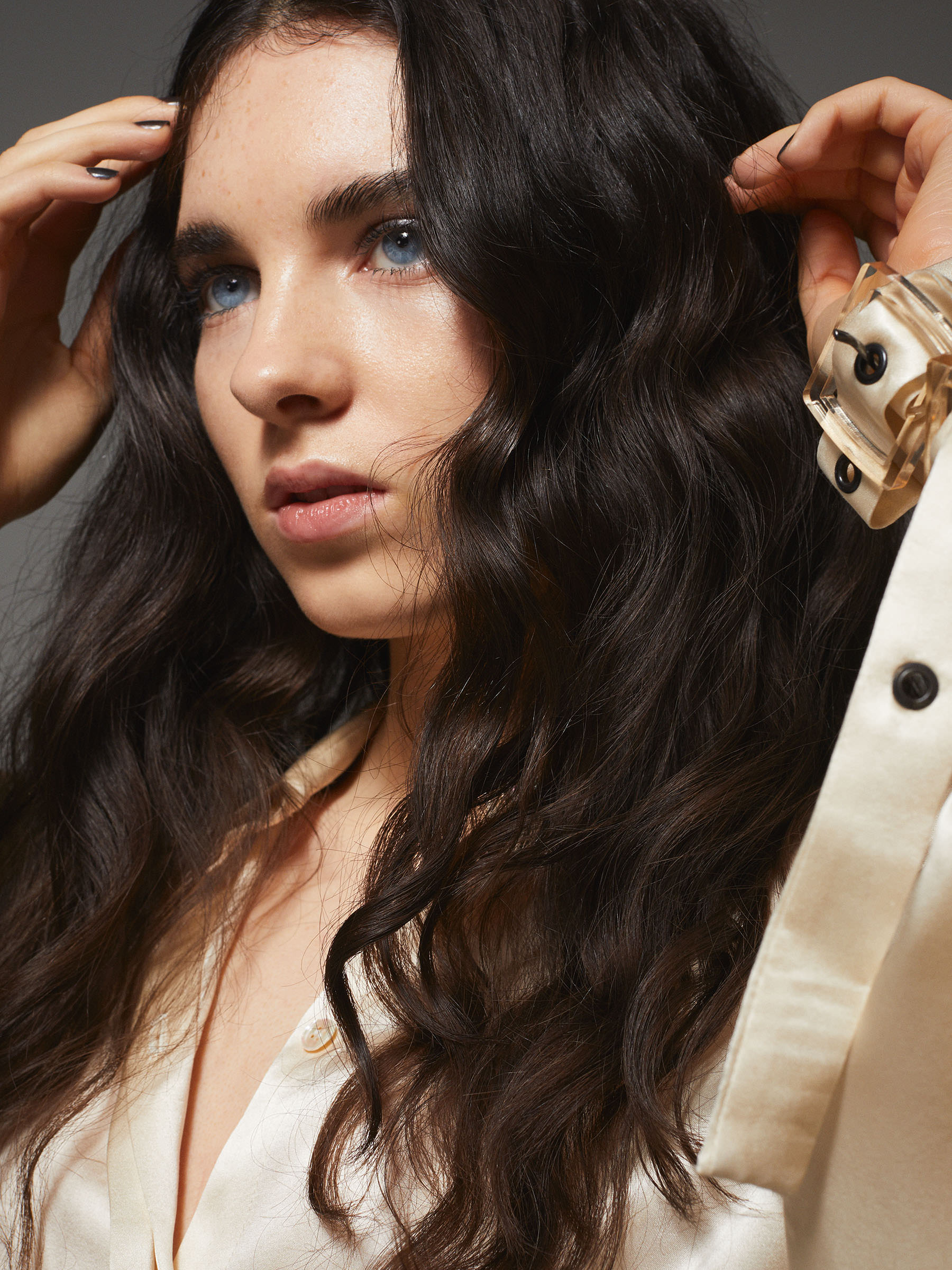 “The Irregulars accept the task because they’re in desperate need of financing to help survive brutal Victorian London,” explains Shaw. “They soon realise they’re completely out of their depth because these crimes are like no other – they’re supernatural with dark and gruesome consequences.”

Shaw plays Jessie, an Irregulars member plagued by nightmares, who later realises she has the ability to transplant herself into people’s inner lives. This gift sees her take on a central role in the group’s crime-fighting.

“It was a great part to play because she has a really good story arc,” says Shaw. “At the beginning of the series, Jessie thinks she’s crazy. Everyone’s worried that she’s clinically losing her mind. We see this transition to the idea that maybe this madness can be used as a power, and that she might have an advantage over these dark things wreaking havoc all over the city.”

“I love accents, so playing a wide range of people and experiences is something I’ve always wanted”

Throw in an impressively elaborate set, a modern soundtrack and a script punctuated by cuss-filled one-liners, and The Irregulars serves a hard-to-categorise blend of genres – which is precisely why it appealed to Shaw. “It’s so multifaceted. I really liked that you can’t fit it into a bracket – it’s its own thing,” she says.

Growing up, “musical theatre-obsessed” Shaw honed her acting skills at The Liverpool Institute for Performing Arts, a cornerstone of her life from the ages of five to 14, which she talks about with the glow of remembering an old friend. “LIPA really brought me out of my shell,” she smiles. “The atmosphere backstage, the excitement for performances – I just thrived in that environment.”

At home, Shaw was the one forcing her kid sister to put on shows with her (“she wasn’t keen but, older sibling card” was played) while her dad, a fireman, and her mum, who now works as a talent agent, encouraged her acting. She counts herself as “very lucky to have supportive parents in this unpredictable industry”, but emphasises that she’s the one “driving” her success. 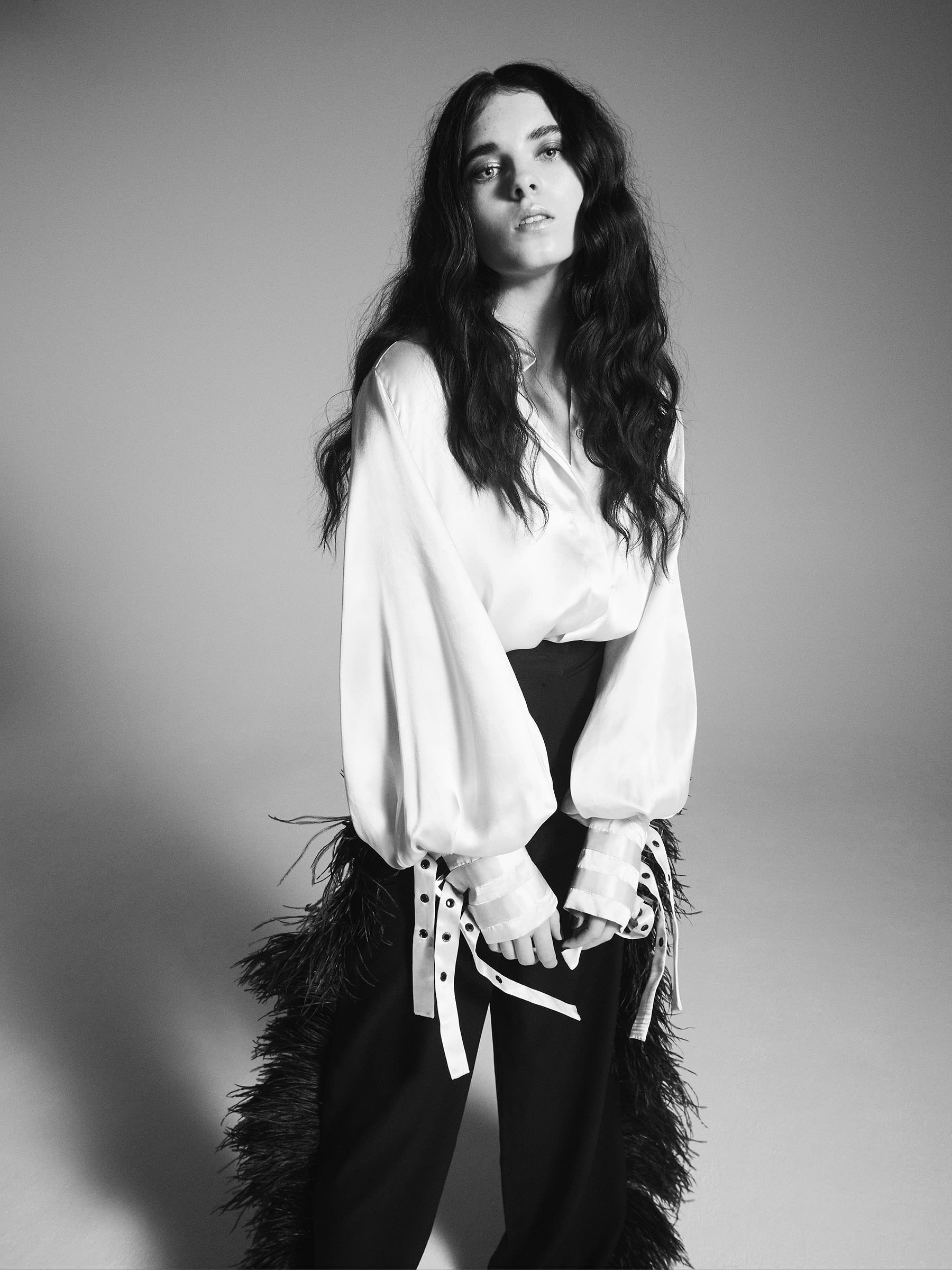 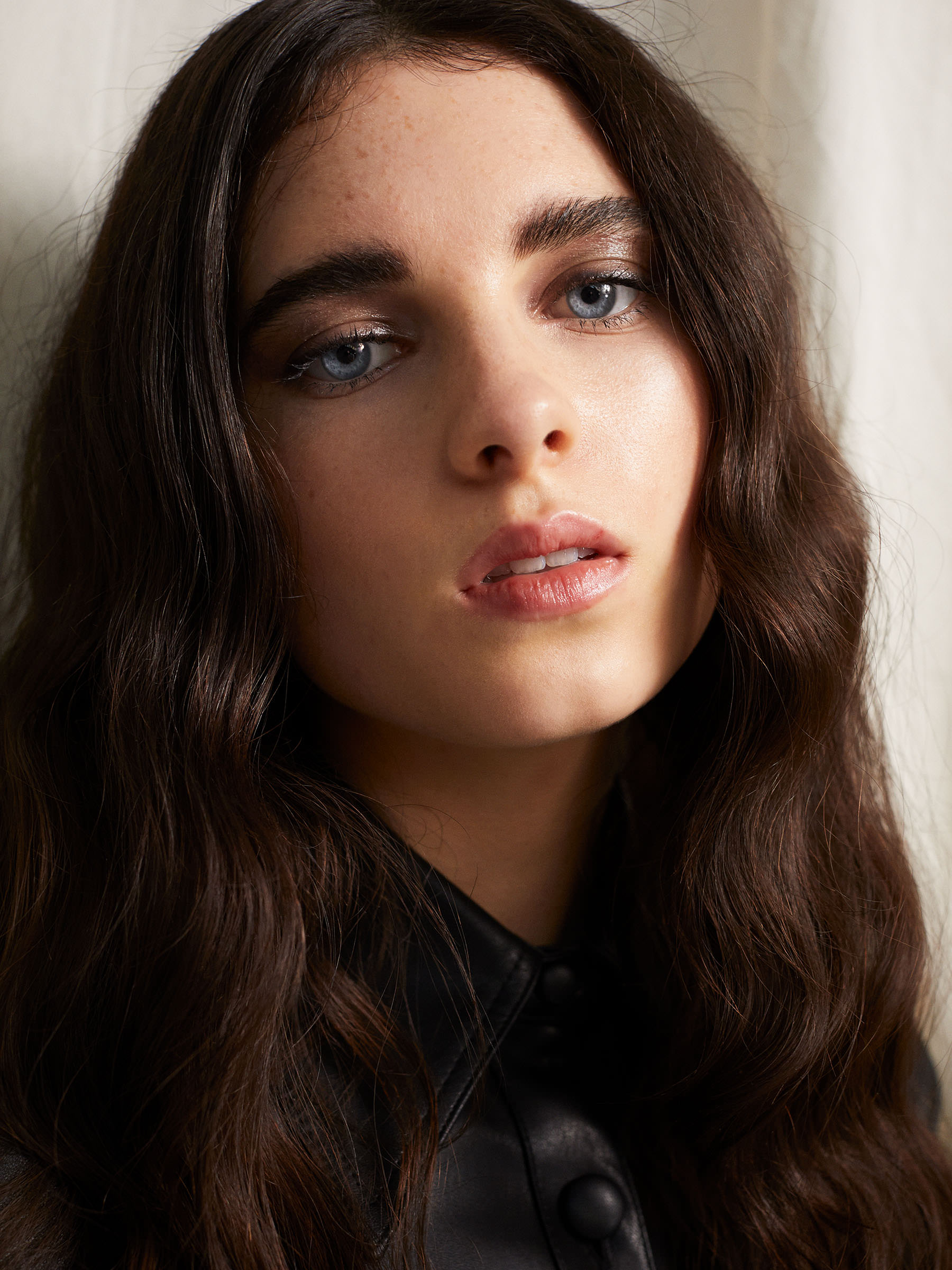 There’s an old soul air about Shaw, evidenced when she refers to her early teens as though they were a lifetime ago. But then, she has had a big-screen debut in the interim. “Once I hit 14, I was looking for something more,” she says, earnestly. “Like, how do I make this a realistic career choice? I was really serious about it.”

The opportunity to audition for Rupert Goold’s Judy presented a doorway into the world of screen roles – but with her background in musical theatre, it felt like a shot in the dark. A call for audition tapes specified a ‘standard American accent’, and Shaw had a card up her sleeve.

“I knew from watching old Hollywood films that people in that time didn’t speak with the standard American accent we know now – it was more of a transatlantic cross,” she says. “I thought, ‘I’ve got nothing to lose’, and tried to imitate that quality.”

Recalls followed, including a tap-dancing round, which meant abandoning a mock art exam to “run into town” and buy tap shoes, before spending “three nights on the bounce in the kitchen, just tap dancing.”

When the news came in that the role was hers, Shaw’s “absolute shock” had to be put to one side to prep, including specialist dialect training to match her ‘Judy voice’ with Renée Zellweger’s. “We’d listened to Judy interviews with the text in front of us, marking out the peaks and troughs,” she says. “The musicality of accents, it’s so interesting and technical.” 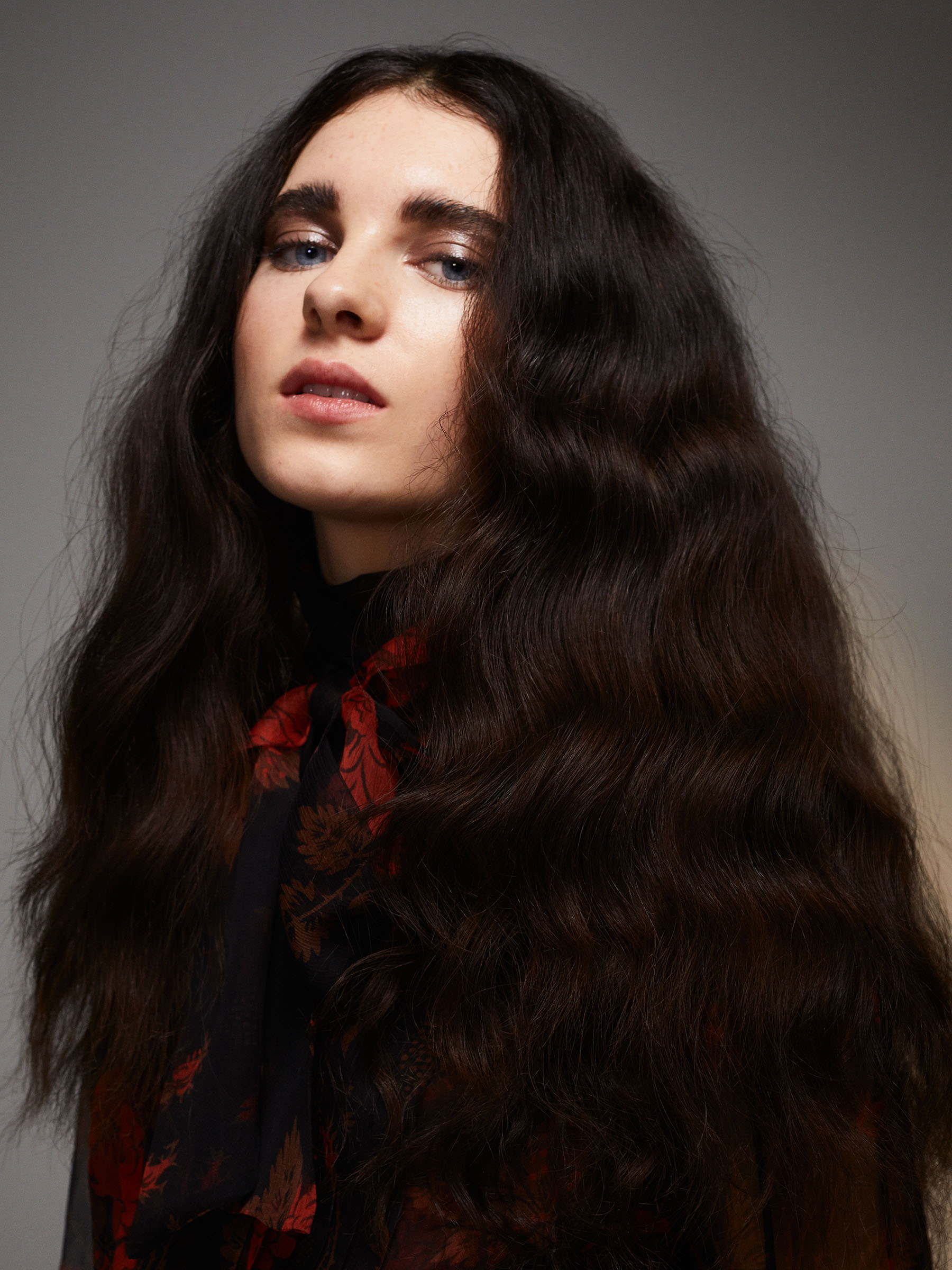 Filming at Pinewood – her first time on a film set – felt “like a dream”, made more surreal by the fact that the crew had rebuilt the Wizard of Oz’s yellow brick road. Her biggest takeaway from it all, though, derives from the sadness of Judy’s story – specifically, the mental and physical abuse she suffered at the hands of her industry, which caused life-long psychological damage.

“Judy was so oppressed, but from the outside she was what every girl wanted to be,” says Shaw. “She couldn’t see how talented and beautiful she was. I think that’s the saddest thing about her, that she couldn’t see her own self-worth.”

“I’ve ventured into this world [of acting] myself now, and you draw parallels between then and now,” she continues. “Judy was told she was too fat to play Dorothy, that she had to diet. Similarly, now, girls look at social media and think, ‘I’m not this ideal body type’. It’s sad that things haven’t changed – it’s the same thing, but in different mediums.” 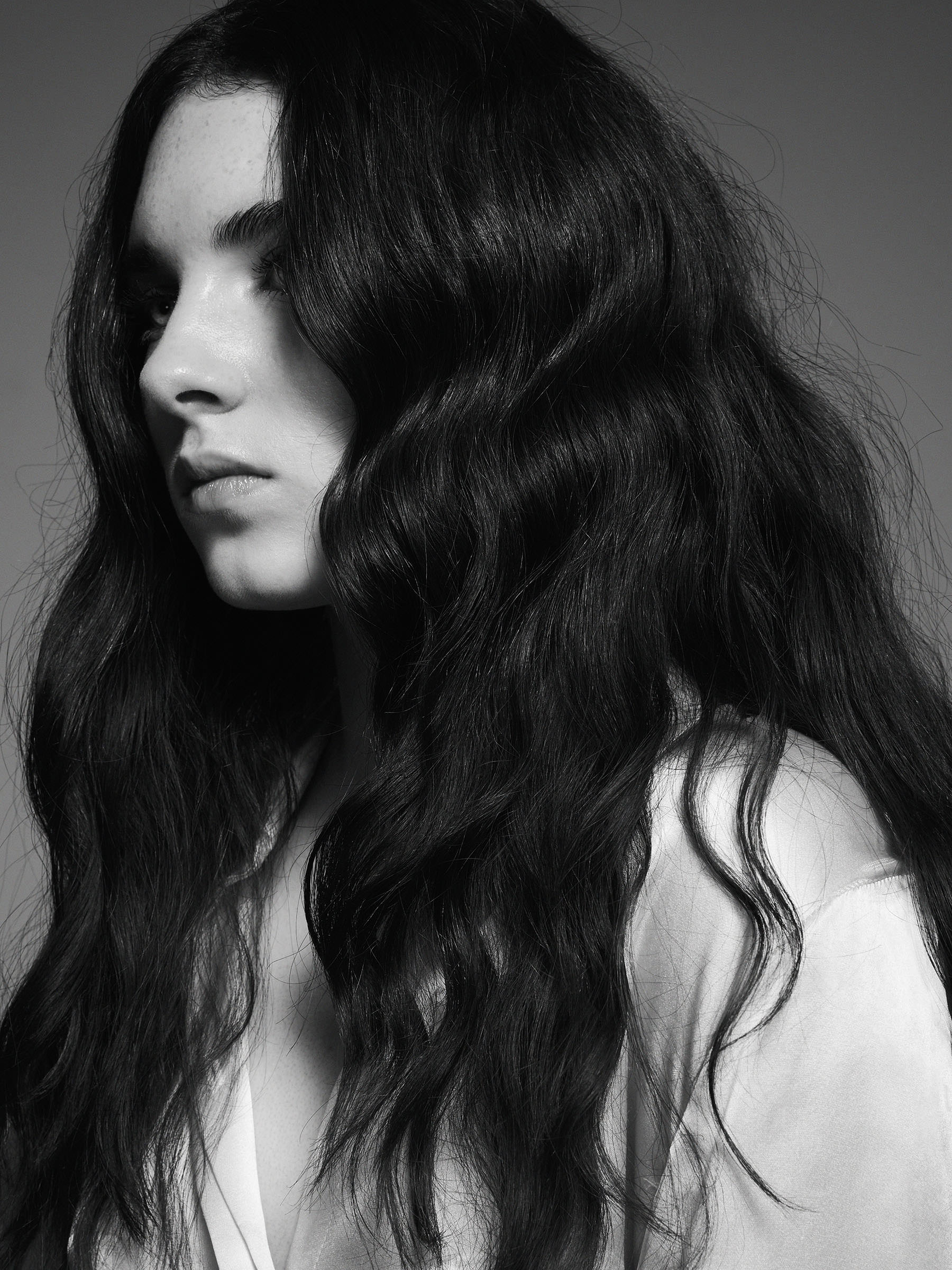 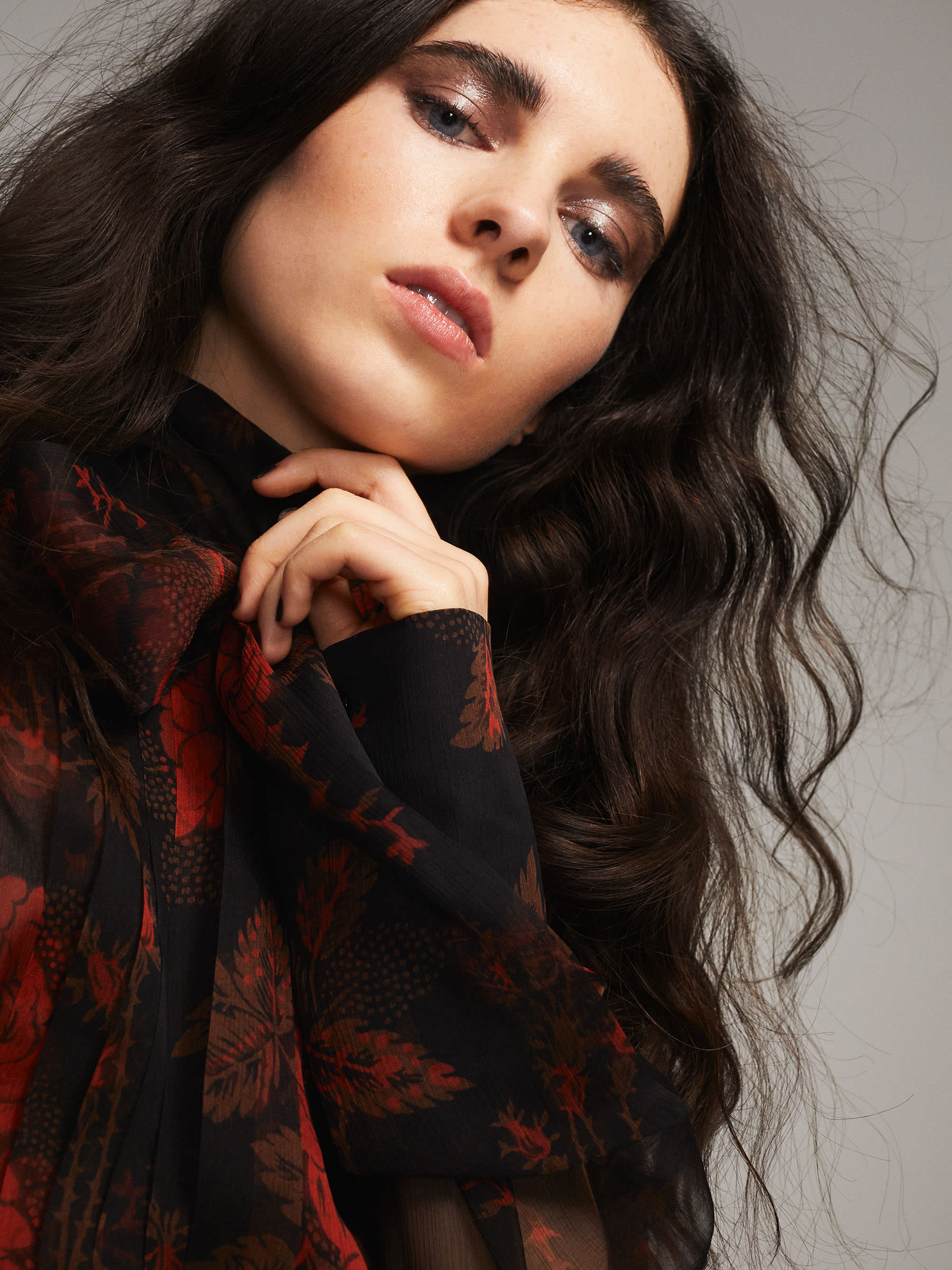 Outside of Judy and The Irregulars, Shaw has starred in ITV’s crime drama series The Bay and appeared at the Liverpool Everyman in Romeo & Juliet and Fiddler on the Roof. She would love to tread the boards again. “I started off in the Everyman and there’s just no replacement for the atmosphere of a standing ovation,” she enthuses. “Or the camaraderie of being backstage – it’s like forming a family.”

Right now, life consists of interviews and shoots, plus a lot of lockdown TV, which Shaw confesses she “can watch for hours”. From The Crown to This Country, her favourites are a mix of British gems, but unsurprisingly she adores old Hollywood-themed hits like Netflix’s Feud: Bette & Joan, which dramatises the legendary rivalry between Joan Crawford and Bette Davis.

Her other big love is Liverpool, with its beautiful docks and arts heritage. She counts fellow Scouse thespians Jodie Comer and Stephen Graham as inspirations, telling me: “there’s a real sense of pride in the city when someone here is successful”. Comer’s career, in particular, is one she follows religiously, and she marvels at her ability to mimic just about any vocal quality and “really morph into that person”. 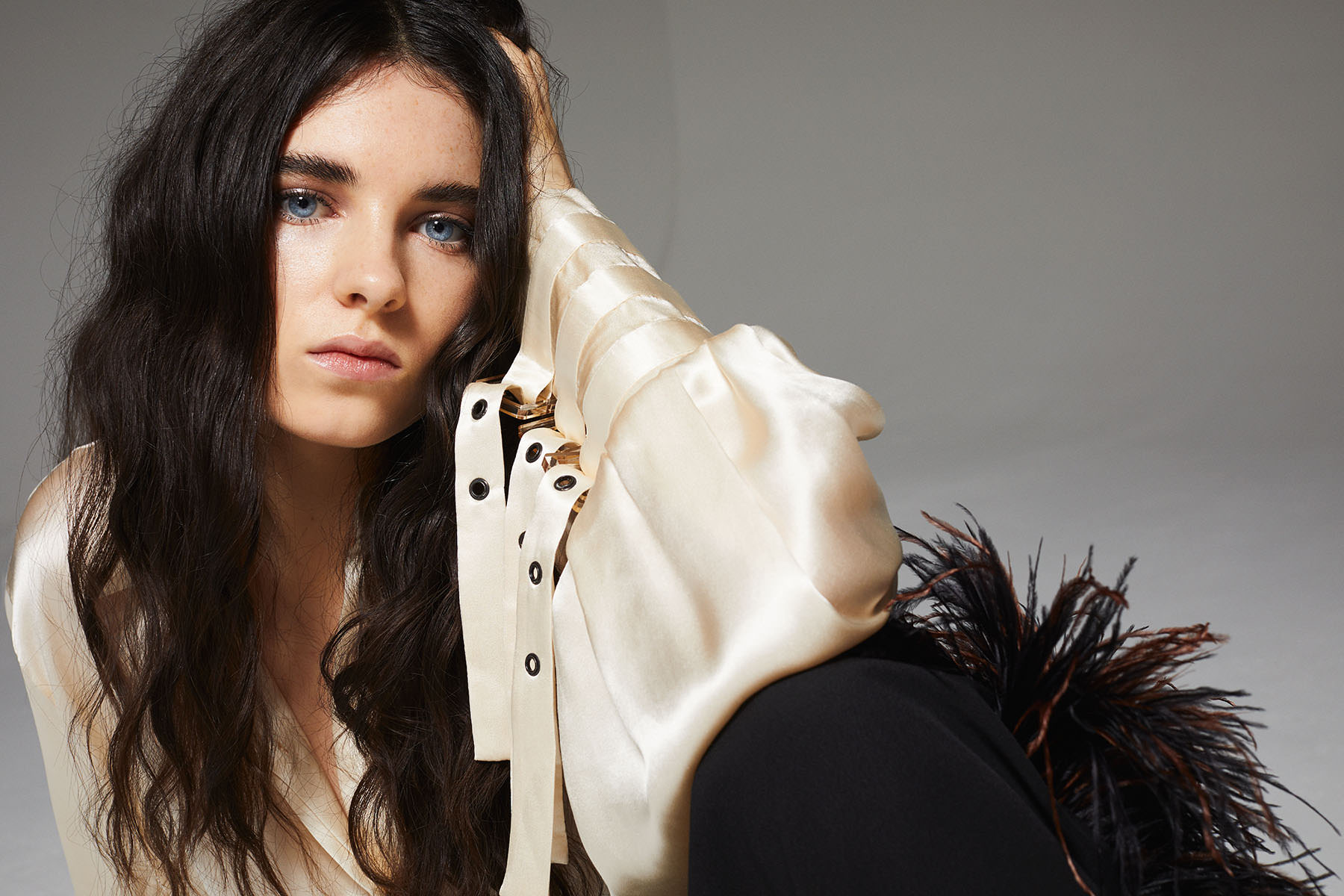 On the subject of roles to morph into, what does a dream future part look like when you’ve been cast as an icon aged 15? For Shaw, it’s less about fixating on one character, and more about diversity.

“Acting is my playground,” she says. “I get to be this person, wear their clothes, live in their shoes. Being able to play a huge range of people, that’s my dream.”

Just beyond the Mersey, a catalogue of accents awaits.

The Irregulars airs on Netflix on the 26th March.