Has The Unstoppable Rise of Faux Rendered Real Fur Dead?

Faux fur is no longer a second-best substitute, but a phenomenon all of its own

Do you remember the iconic Greenpeace advert from the 1980s? The one that features a glamorous woman dragging a bloody fur coat behind her, alongside the slogan: ‘It takes up to 40 dumb animals to make a fur coat. But only one to wear it’? Even I remember that ad, and I wasn’t born until 1995. Despite being highly controversial at the time, the campaign, shot by David Bailey, was a crucial anti-fur ‘moment’ that kickstarted moral outrage over the use of fur for fashion.

UK fur sales consequently fell dramatically from £80m in 1984 to £11m in the first half of 1989. And yet, three decades on – and in spite of fashion juggernauts like Gucci making the decision to go fur-free in 2018 – the industry for dead animal pelts is still alive and kicking. Year on year, designers, editors and advertisers still find themselves facing the same question: does real fur deserve a place in fashion?

In the past few years, a new phenomenon has given weight to the argument for ‘no’: the availability and marketing of quality, fashion-forward, high-end-designer faux fur. With a 10% rise in customer demand over the past two years, long gone are the days when faux fur was taboo. It’s swiftly becoming a statement all of its own. 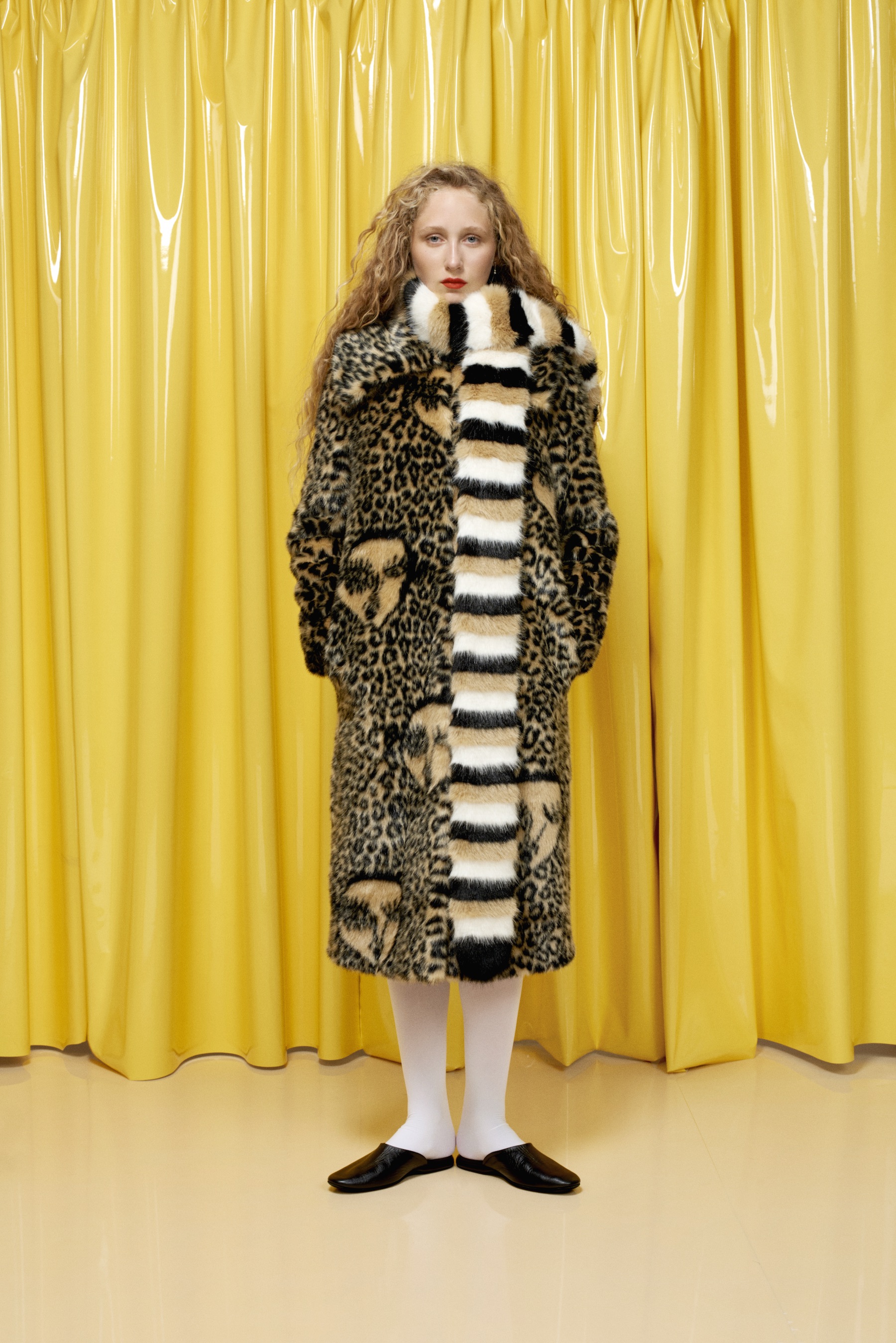 Take Hannah Weiland, founder of Shrimps, a British faux fur fashion brand. Shrimps’ turnover has seen double-digit growth, year on year, since it launched in 2013. It’s 27-year-old founder’s cult collection of brightly coloured, statement outerwear has seen her stockists grow to 90 across the globe – from Matches Fashion in London to Le Bon Marche in Paris. Suzanne Pendlebury, contemporary buying manager at Matches Fashion, reported strong sales from Shrimps this season. “Shrimps offers key shapes and new and interesting colours which means you can have fun with the pieces, make a strong statement and keep warm,” she explains.

Or how about Charlotte Beecham, whose eponymous label Charlotte Simone gained international prestige when its colourful array of faux fur scarves caught the eyes of fashion-pack ‘it’ girls from Alexa Chung to Olivia Palermo. “The quality of faux fur today is so luxe,” says Beecham. “It is no longer considered a cheap alternative.” She puts the success of her brand down to demand for cheerful accessories. “Everyone is looking for a cosy, bold, bright lift to those grey winter days – our faux fur accessories achieve that,” she asserts. Beecham has since introduced fluffy faux fur bomber jackets and striped berets to her growing fashion empire, boasting 200 global stockists.

However, it is not only emerging brands taking the faux fur pledge. Since launching her brand in 2001, Stella McCartney has stayed true to her vociferous fur-free pledge, and Tommy Hilfiger and Calvin Klein have since joined the gang.

Manufacturers of leather goods are also are responding to a growing sense of public discomfort – hardly surprising, since 290 million cows are killed every year to provide leather handbags. As a result, some brands, such as Dr Martens, known for their chunky leather boots, have begun to explore alternative, animal-friendly fabrics. Despite predominantly using leather in their designs, the British footwear brand released a vegan range of their classic boot earlier this year – made from Cambridge Brush, a high-shine synthetic material. 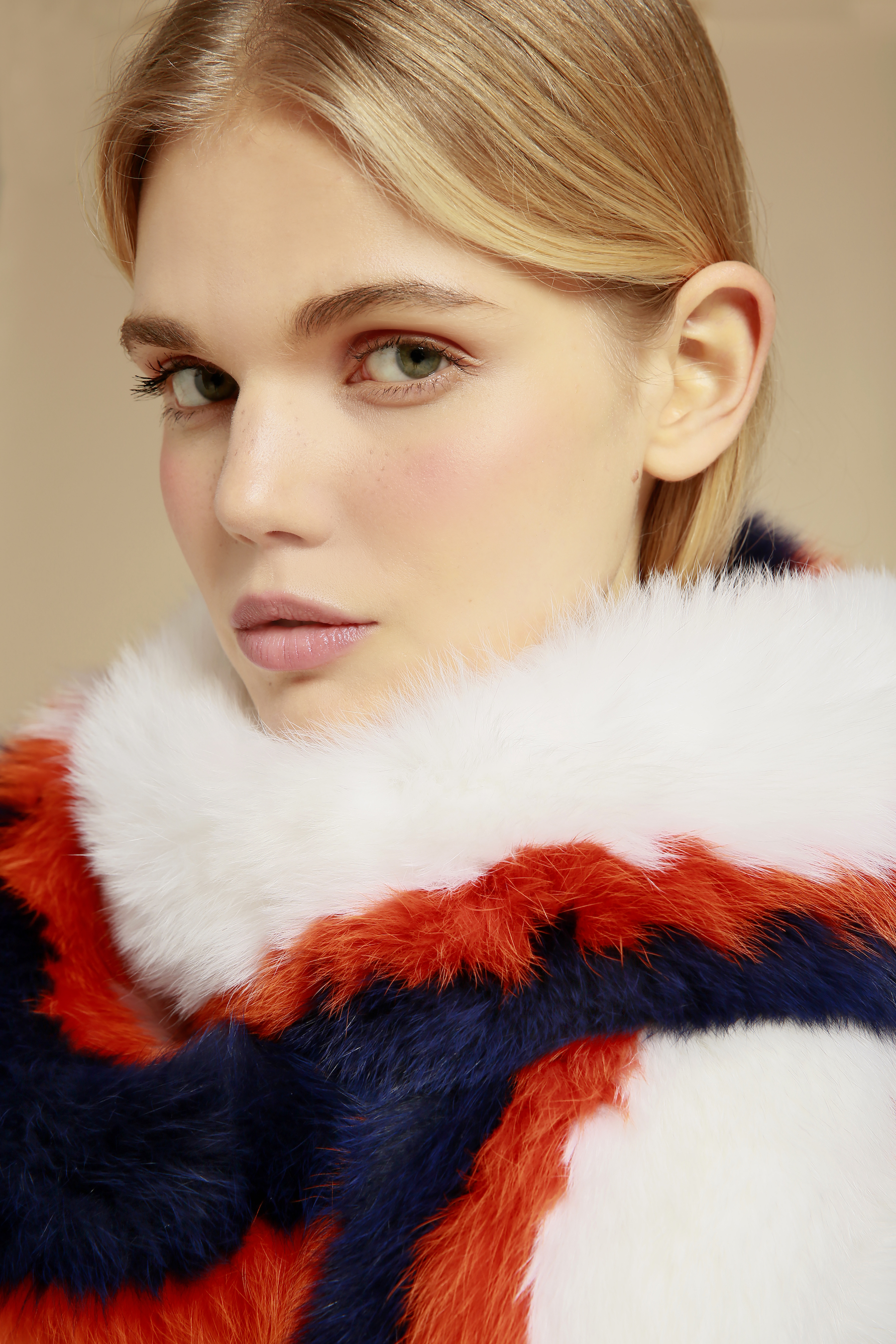 This year, one shopper discovered a pair of pom-pom stiletto heels she ordered from high street retailer, Missguided, were in fact made from real cat fur.

So has the faux revolution put the final nail in the coffin for pushers of hide? Not necessarily.  According to the International Fur Federation (IFTF), global fur sales have almost tripled in the last five years, rising from $15.6 billion in 2011 to more than $40 billion in 2015. In recent years, catwalks have been inundated with fur coats, trimmings and accessories, with over 60% of London Fashion Week shows featuring real fur. While traditional fur coats are increasingly frowned upon (the British Fashion Council advised attendees to avoid wearing them at the SS18 show for fear of provoking animal rights protestors), animal fur is being used in more discrete items and accessories – a move that is largely overlooked.

From pom-pom key rings and bobble hats to the coyote-fur trim on the hood of Canada Goose jackets, the use of fur across smaller fashion items has hit a peak. In 2015, the British Fur Trade Association reported a 20% increase in sales, driven predominantly by a younger generation who seem happy to buy reasonably-priced real-fur accessories.

Nor is it any longer true that real fur can be easily identified by its high price tag. According to a recent YouGov poll, 47% of people would assume fur was fake if the price was low. But with a racoon-fur hat costing a mere £30, it is hardly surprising that people are unknowingly supporting the real fur industry.

Recent reports also show that real fur is being mislabelled as fake on the British high street. Sky News reported four types of animal fur – rabbit, raccoon, mink and cat – being sold through high street retailers despite being labelled as fake. This year, one shopper discovered a pair of pom-pom stiletto heels she ordered from high street retailer, Missguided, were in fact made from real cat fur. Another purchased a pair of gloves from House of Fraser, unaware they had been made using rabbit fur. Despite fur farms being banned in the UK in 2003, British supply chains from Asia have ensured that fur sales in the UK remain rife.

So how do you distinguish fake from fur? According to PETA UK, real fur narrows to a fine tip, whereas faux fur has blunt ends. Alternatively, take a look at the base where the fur separates. If it is attached to skin – not a fabric baseline – it’s come from an animal.

While traditional fur coats are increasingly frowned upon (the British Fashion Council advised attendees to avoid wearing them at the SS18 shows), animal fur is being used in more discrete items and accessories – a move that is largely overlooked. 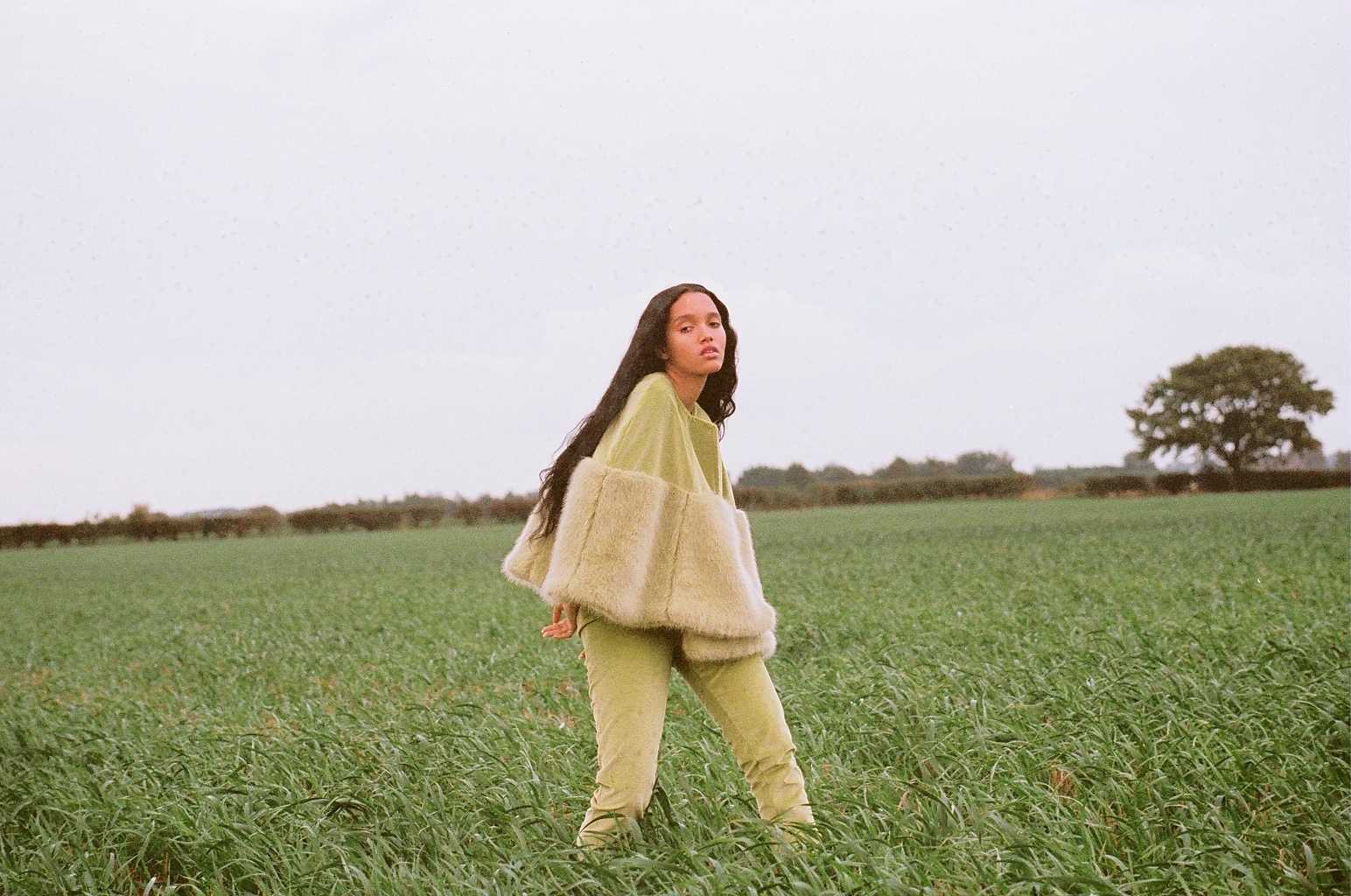 Clearly, this is still not a cut-and-dried issue. Rising global sales, and the more subtle use of real fur in accessories rather than lumping great coats like the one in the Greenpeace ad, are keeping the controversial industry more than afloat.

However, the popular demand for faux fur, and the increase in synthetics that are warm, long-lasting, high-quality and beautiful, suggests that the cruelty-free brigade has a new weapon to add to its arsenal in the anti-fur fight.

Even Ollia Tzarina, founder of the Tzarina by Ollia real-fur brand beloved by celebrities from the Kardashians to Rita Ora, admits the future might be faux. “If the fashion industry works on developing technology that can simulate faux fur to look and feel like the real thing , it will be faux fur everywhere,” she admits. “It’s like diamonds. A real diamond is a real diamond, however if simulated stones had the same characteristics and rarity, nobody would think twice about buying it. In a nutshell: as soon as we can simulate the faux so good that it looks and feels real, the industry will change.”

Snuggle Up In Our AW17 Faux Fur Edit